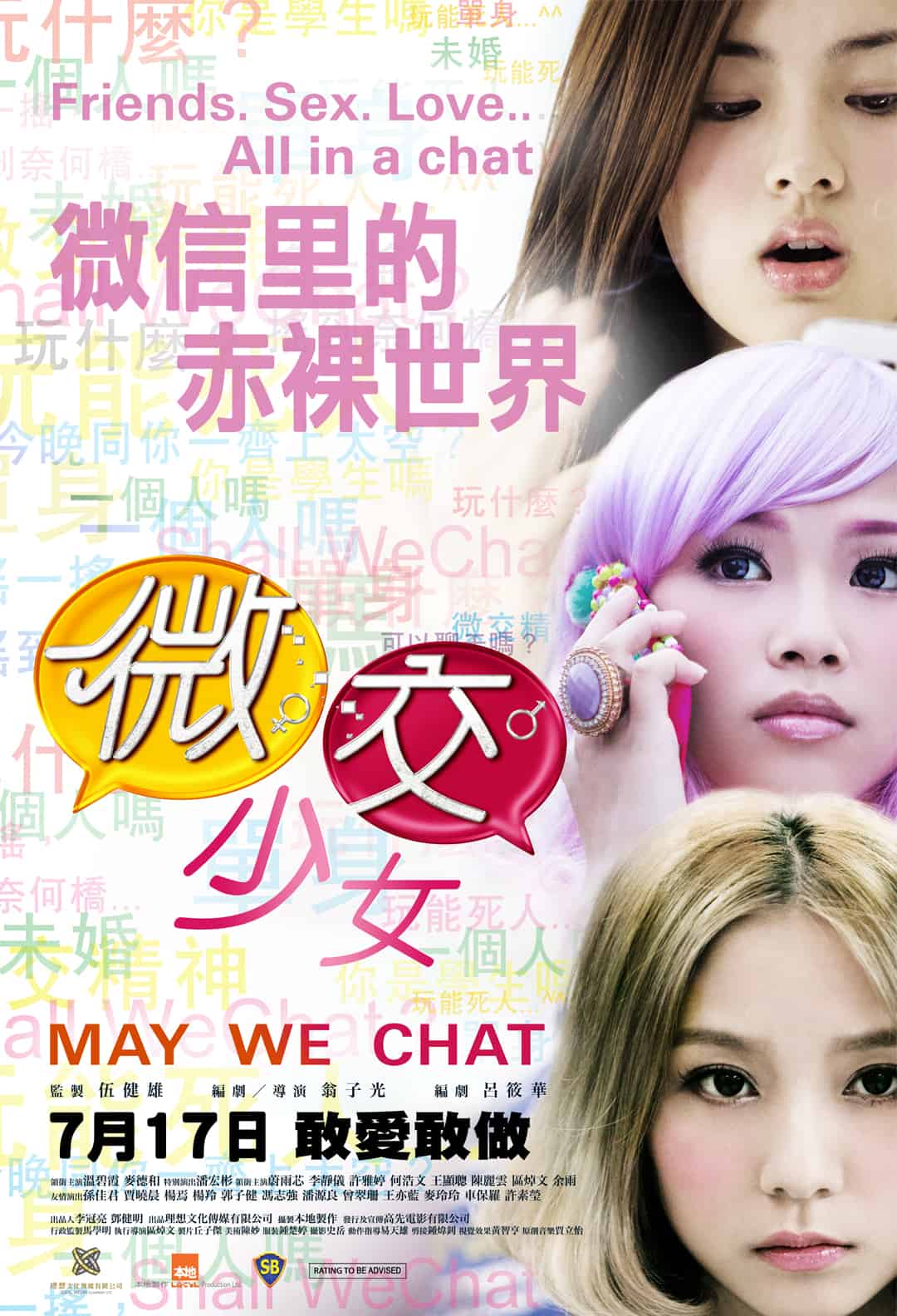 For all those people who’ve tried to carry on multiple online or instant messaging conversations simultaneously and overheated their brains (and thumbs) as a result, congratulations! May We Chat is a cinematic experience which perfectly encapsulates that feeling of frenzied multi-tasking. While it doesn’t entirely collapse on itself, it never quite does justice to any of the themes it attempts to explore. The film feels overly stuffed, as if its makers just decided to cram every issue about contemporary Hong Kong that they’re concerned about into it. The result is a film that is occasionally insightful, but mostly just superficial. 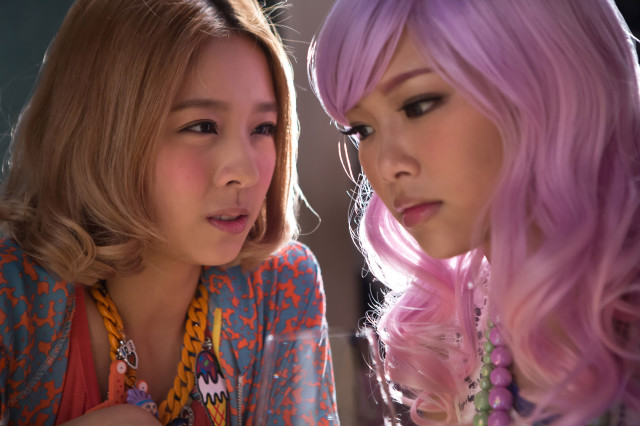 May We Chat follows the misadventures of its three young female protagonists who know each other only through the instant messaging app WeChat (hence the title of the film). Yan (Kabby Hui) appears to be your stereotypical self-centred rich spoilt brat, while Ying (Rainky Wai) is a deaf-mute who pimps herself out with the help of the eponymous WeChat and a sassy pink wig. Rounding out the central triumvirate is Wai Wai (Heidi Lee), a feisty spitfire on the wrong end of the socioeconomic ladder with a druggie mother and precocious younger sister. Also in the mix are Irene Wan as Yan’s remarried mother and Peter Mak as a former kingpin-turned-pimp. When Yan goes missing after a failed suicide attempt, Ying and Wai Wai embark on a search-and-rescue mission, setting in motion a whole chain of events that threatens to engulf the lives of all three girls. 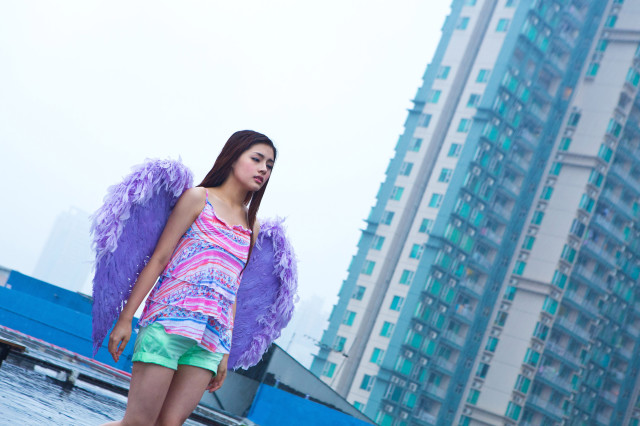 For all the free advertising that the film gives WeChat (the three lead actresses are messaging in nearly every scene and even Peter Mak has an old fogey moment when he’s tutored in its usage by a Mainland Chinese prostitute), the instant messaging app doesn’t really have a lot to do with the film’s plot. One gets the feeling that it’s just a convenient device to weave three disparate narratives together, and a concerted portrayal of the effects of instant messaging apps in particular on young people is sorely lacking. Yan, Ying and Wai Wai could just as easily have been using any new communication technology of the past twenty years, from chat rooms to SMS, to communicate. 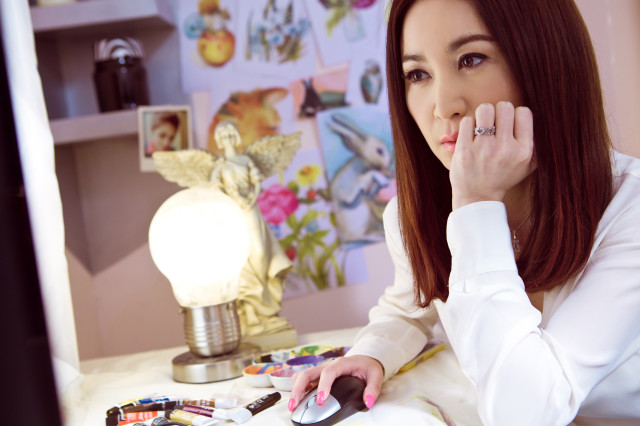 The rojak of concerns and issues thrown into the mix doesn’t help. At various points in its duration, May We Chat attempts to address issues ranging from youthful decadence, urban ennui and poverty to the Mainland invasion (a.k.a. foreign “talent”), crime and the state of Hong Kong cinema. This last is nostalgically evoked via a series of old-school clips from Wan’s breakthrough film Lonely Fifteen (1982), in which she co-starred with Mak. The filmmakers seem to be lamenting a bygone era, but that sentiment, along with all of the others that are brought up, is drowned before achieving any kind of resonance.

The same goes for the film’s characters. Making a film around three protagonists who inhabit different spaces is always risky, but there’s really no excuse when even the main characters come across as under-elaborated. Perhaps the most complex of the three protagonists is, ironically, the one without any actual dialogue. Rainky Wai’s Ying is the only one among the three that exhibits different dimensions, most probably due to her dual identity as schoolgirl and entrepreneurial prostitute. The actors mostly deliver serviceable performances (with the exception of Kabby Hui, who looks spaced out more than anything else), but there isn’t enough space or time for them to flesh out their performances. This isn’t a case of one-dimensional characters, but rather a case of three-dimensional characters compressed by spatial and temporal constraints. For example, the writers bother to give Wai Wai a mother, sister and deadbeat gangster boyfriend, but then so severely underutilize them as to leave the audience feeling cheated of what might have been a compelling character. 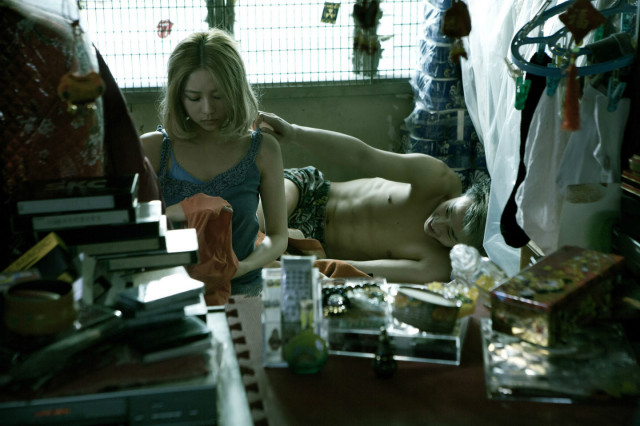 May We Chat could have been an intelligent social commentary on the instant messaging revolution across various socioeconomic strata, but its overly ambitious scope and subsequent piecemeal treatment of the issues it addresses blunt any edge it might have possessed. Chronic instant messaging multi-taskers, you have been warned. 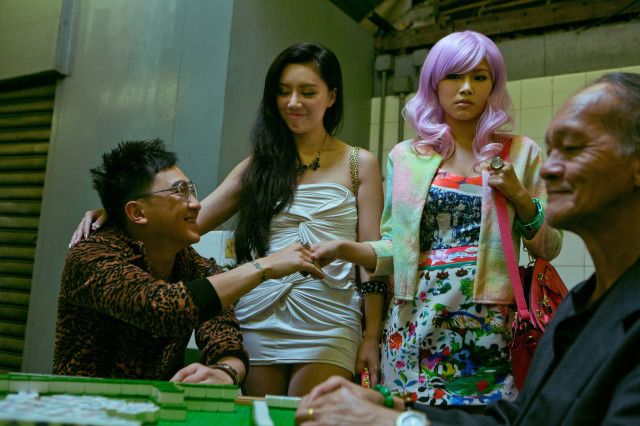 Summary: Wastes its potential by being unable to focus on one or two key issues, much like the attention deficit youngsters it portrays.