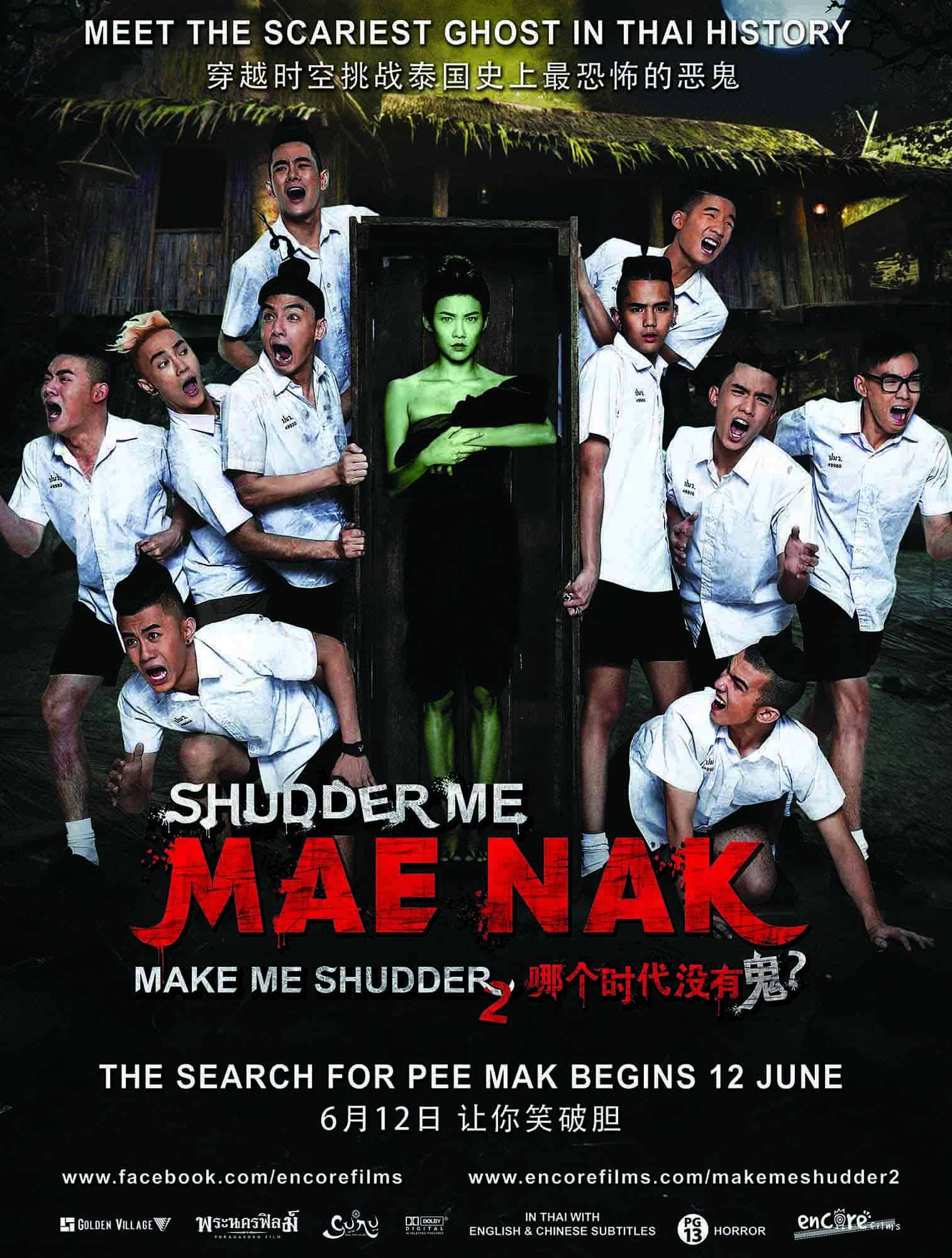 If you’re a discerning horror movie fan, you’ll probably find that Make Me Shudder 2: Shudder Me Mae Nak does indeed live up to its name. This badly-constructed, coat-tail-riding, tired sequel will indeed have you shuddering in your seat… not because of any innate scariness, but due to the shoddiness of its execution and the crass cynicism of its intent (read: money). 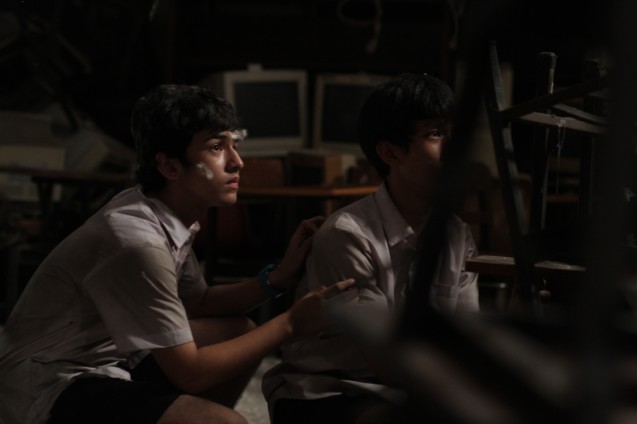 Make Me Shudder 2 is one of those movies where the plot seems merely like a device to propel the movie through various set-pieces. In this case, a group of teenagers, led by head delinquent Nick (Kunatip Pinpradub) fail their university admission examinations and try to weasel their way in via blessings from the shrine of local spook Mae Nak (Wanida Termthanaporn). This leads to time travel, exorcisms and predictably angry spirits.

Perhaps there was a wonderful story buried beneath this ghastly mess – as riveting as J.G. Ballard, as humane as Anton Chekhov – and it was this reviewer’s fault for not having watched the original Make Me Shudder. Theoretically, as the physicists tell us, anything is possible. Up to and including an alternate universe where Make Me Shudder 2 is actually a good movie.

To be charitable, there are some snigger-inducing moments to be had from this dismal outing. The high-school gang at the center of this flick have their occasional moments of chemistry, and director Poj Arnon must have been familiar with the laws of probability… after all, he’s artlessly crammed so many cheap laughs into this movie that surely one or two of them should make you chuckle.

Beyond that, the scenes feel stretched and the acting is predictably hammy. Arnon must have missed the memo stating that horror movies are actually supposed to induce a sense of fear in the audience; there’s barely a scare apparent in this film, with most of the ‘horror’ moments being merely set-ups for slapstick, complete with cheesy sound effects and bad visual effects.

Ultimately, we blame the box-office success of 2013’s Pee Mak for having spawned a bad slew of Thai horror-comedies, a trend that shows no sign of stopping. This would be the perfect moment for us to break into a version of Martin Luther King Jr.’s ‘I have a dream’ speech, in which we wax lyrical about a day in the distant future when the Thai horror genre is no longer subjugated to box-office commercialism and bad comedy pandering to the lowest common denominator.

If you’re looking for a slapstick comedy – adorned with the hollowed-out husks of horror elements – Shudder Me 2 may well satisfy. The only other demographic we can see enjoying this movie? Horror fans with a craving for strange and unusual punishment.

Summary: Does what it says on the label.