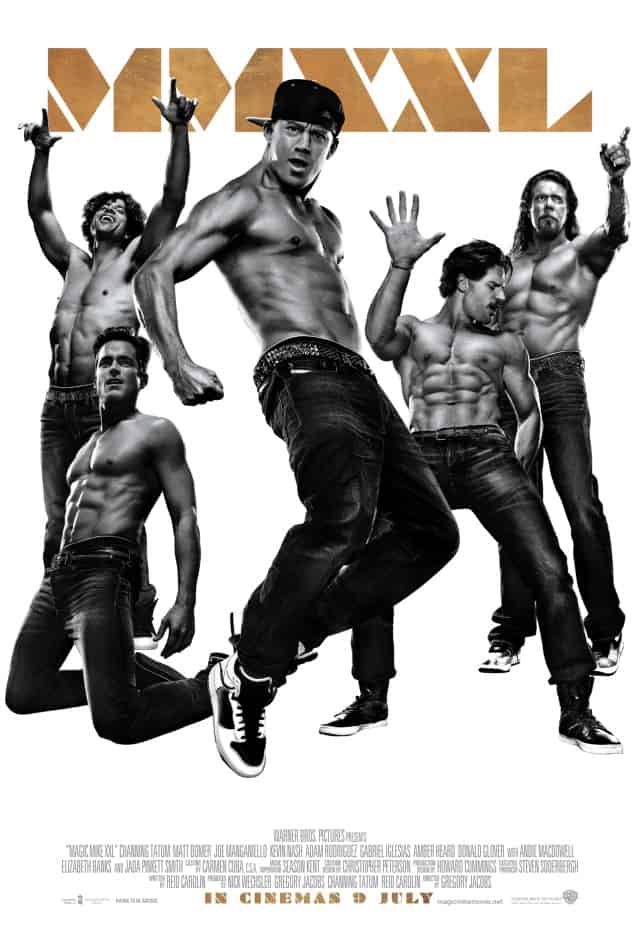 In the three years since its release, Magic Mike has infiltrated the cultural lexicon as shorthand for something racy, sexy and a tad naughty, generally involving gyrating male strippers whose performances are anything but kid-friendly. That’s actually rather ironic, since anyone who’s actually watched Steven Soderbergh’s film would know that the stripping wasn’t the point of his film at all. It was, in fact, window dressing for the rather dour drama surrounding its leading man. Magic Mike XXL hews far closer to its packaging. When the guys strip off and down, the film is a rousing crowdpleaser. When they don’t, it meanders through a close-to-plotless no-man’s-land, trying (and mostly failing) to recreate a little of the original film’s glum gravity.

Mike (Tatum) has finally left the stripper game to set up his own furniture business. Things aren’t going too well when he meets up with his old stripper pals again, all of whom have have lost their jobs following the unceremonious departure of their seedy boss/handler (Matthew McConaughey’s magnetic Dallas, who doesn’t appear in the film). Resolving to go out with a bang at the upcoming stripper convention in Myrtle Beach, the guys embark on a road trip across America – one that brings them new inspirations and connects them with old friends. 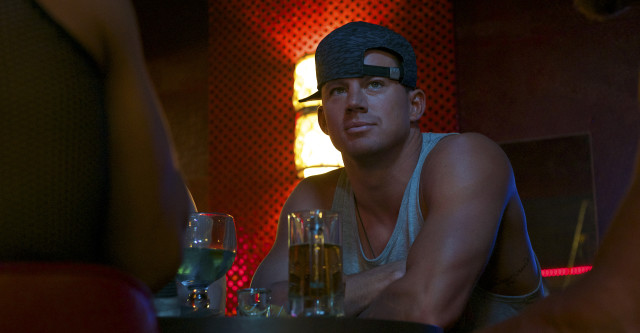 As a film, there isn’t much to Magic Mike XXL. The plot is rickety, at best, purporting to explore the inner depths of these men but rarely getting below the surface. Mike is frustrated that his dreams haven’t worked out the way he thought they would; Ken (Bomer) has bigger ambitions as an actor that fell by the wayside on his way to becoming a real-life Ken doll; ‘Big Dick’ Richie (Manganiello) is afraid to break free of the routines planned for him by Dallas; Tito (Adam Rodriguez) wants to start up his own frozen yoghurt business. But very little of it rises above the level of inconsequential. Instead of tackling these ideas head-on, Reid Carolin’s script sidesteps them – either by listlessly providing Mike with a new, woefully underwritten romantic prospect (Amber Heard) or flinging in yet another frenetic dance sequence performed by a barely clothed man. 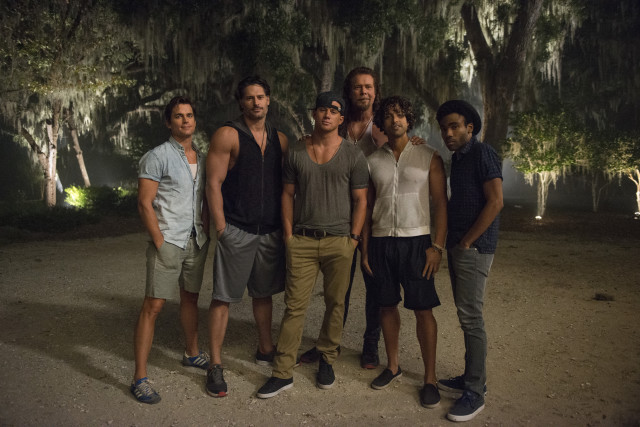 The road-trip aspect of the film plays out as a sort of bizarre fever dream, boasting a couple of good ideas that get worn out very quickly. When an accident robs them of both emcee and vehicle, Mike hooks up with Rome – a role originally written for a man, but far better when played with such savvy, sultry aplomb by Jada Pinkett Smith. There’s something quite thrilling about Rome’s dark, seductive establishment, clearly set up to give black women a safe space to indulge in flights of escapist fantasy. The dudes also blunder into an upper-class home filled with older white ladies – led by Andie MacDowell and her extreme Southern accent – all repressed and in need of a little sexual healing.

These are great, fun ideas to start with, hinting at the desires and sexuality of entire subsets of women who are usually forgotten by the mainstream media. But they lose both point and impact as the movie rambles on, unfolding in long, almost languorous stretches that would benefit from a little punch and editing. (Apologies, Mr. Soderbergh, but it’s true. And yes, it was Soderbergh who cut the film together under the pseudonym ‘Mary Ann Bernard’, and also doubled up as its cinematographer, Peter Andrews.) It doesn’t help, either, that director Gregory Jacobs – promoted from first assistant director on Magic Mike – favours a faux arthouse vibe for what is essentially an incredibly mainstream film: his actors mumble their way through not particularly meaningful bursts of dialogue, shot in portentous shadow when away from the spotlight and jockstraps.

What Magic Mike XXL does have going for it is, well, the stripping. Unlike the first film, which regales anyone who buys a ticket for the beefcake with healthy servings of moody drama about drained finances and male pride, the stripping is the unqualified highlight of this entire experience. Richie’s goofily sincere attempt to make a grim gas station attendant smile is as silly, charming and sexy as the huge set-pieces performed by Mike and his buddies when they finally make it to the convention. It’s impossible not to be tickled by the ways in which these guys strut their stuff and – in a nice, earnestly cheesy touch – do it all just to make ordinary women smile. After all, when presented in so altruistic a fashion, who could fail to be charmed by Tatum’s ultra-slick dance moves, Bomer’s beautiful singing voice, and Manganiello’s outrageously chiselled body?

If you’re hoping for a film that faithfully replicates Soderbergh’s more sombre, thoughtful Magic Mike, you’ll be sorely disappointed. The brooding drama and man-pain were, secretly, the point of the first film. In contrast, this looser, sillier and upsized effort – hence the XXL in the title – does exactly what it says on the tin and more. Indeed, it fumbles precisely when it tries to pump up its narrative with anything less flimsy than a G-string. Come purely for the eye candy, however, and you’ll be amply rewarded with many saucy, sexy scenes of scantily clad men dancing around, over and on top of utterly delighted women.

Summary: A dud dramatically, but a delight when the clothes come off.