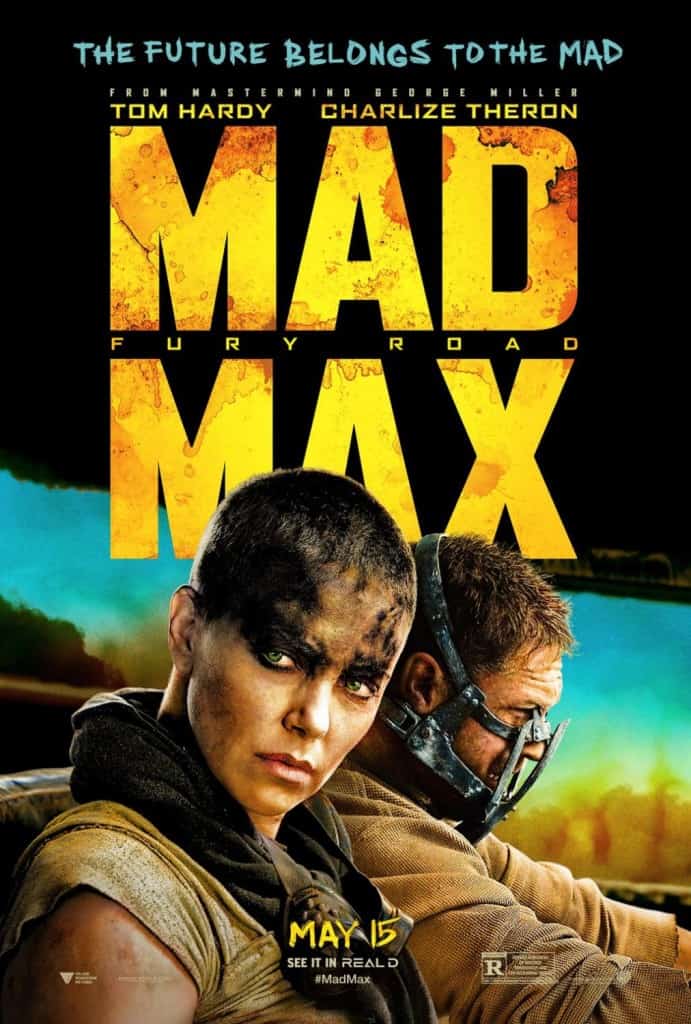 It’s been 30 long years, but with the fourth instalment of the Mad Max franchise finally seeing the light of day, it’s time for road warriors to do battle again. Taking over from Mel Gibson in the iconic titular role is Tom Hardy. Max Rockatansky is captured and tortured by scavengers and in the midst of escaping, teams up with “war boy” Nux (Hoult). Their paths cross with that of the Imperator Furiosa (Theron), a warrior woman who drives the “war rig” oil tanker truck. Furiosa plans to liberate the “breeders”, five young women enslaved by the tyrannical Immortan Joe (Keays-Byrne) for the sole purpose of bearing his children. As Max and Furiosa begin to rely on each other’s skills as they cross the inhospitable desert, their various pursuers get ever closer. 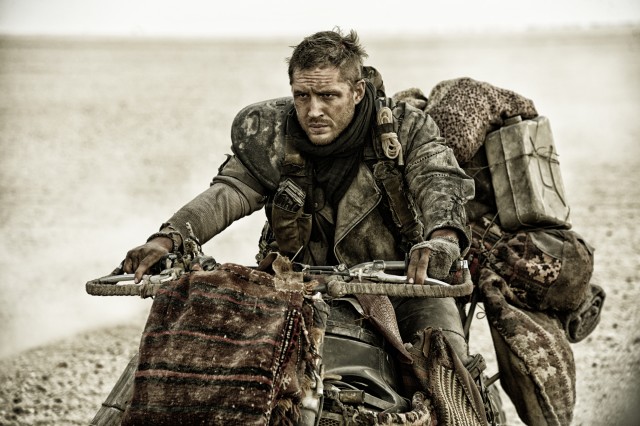 Director George Miller, who helmed the first three Mad Max movies and whose bizarrely diverse filmography also includes Babe and Happy Feet, is back in the driver’s seat for Fury Road. This is a “soft reboot” that stands fine on its own if one hasn’t seen the other movies. The film spent a tumultuous 25 years in development hell, with Gibson initially attached but dropping out and Miller turning his attention to an animated Mad Max movie instead. For long-time hard-core fans, Fury Road is worth the wait. Unlike, say, Indiana Jones and the Kingdom of the Crystal Skull, this belated fourth movie is still very much in the spirit of the originals. A noticeable change – an improvement really – is that the pace is a lot quicker here. The original Mad Max trilogy did have its lulls, but things keep moving in this one. It’s also increased in scope and scale, but not to a bloated extent. The editing is also a lot faster too, but thankfully stops short of being whiplash inducing. 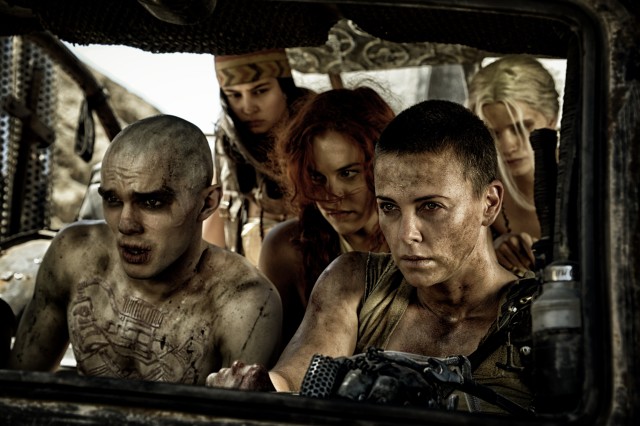 It’s telling that co-writer Brendan McCarthy was also the lead storyboard artist and concept designer on the film. It’s very much style over substance and that’s not necessarily a bad thing. The unique “post-apo-car-lyptic” aesthetic developed by Miller for the first movie has often been imitated and it’s great to see that style on the big screen again in such grand fashion. If we could list every single crew member involved in the creation of the vehicles, we would, because each one is a modern masterpiece of twisted metal. Cinematographer John Seale delivers gorgeous vistas of desolation; one wouldn’t expect scenes in a crazy post-apocalyptic action movie to be described as “poetic”, but many of the shots really are. Seeing as the setting is all desert, there’s the challenge in making sure it doesn’t look dull, a challenge Seale overcomes. 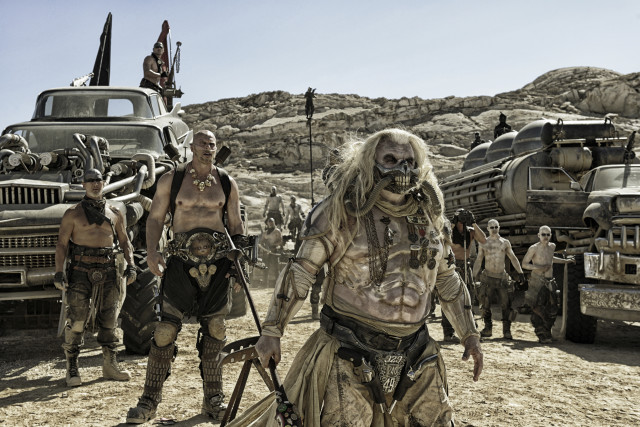 While some fans are still unable to get over the recasting of Max Rockatansky, Hardy is the ideal replacement for Gibson, Miller citing a similar animalistic quality in the two actors as one of the reasons for this casting. Though he has been sometimes disparagingly classified as a “pretty boy”, Hardy is convincingly tough and does look like he’s been an inhabitant of this wasteland all his life. There’s also that haunted quality to his eyes, bringing life to the precious little back-story we get to glimpse. This is definitely not a subtle movie – the opening voiceover might as well go “hey, I’m the antihero. I have emotional baggage. Let’s go crash into stuff” but Hardy does bring some subtlety to bear. As his sidekick of sorts, Nicholas Hoult plays against type as a wild-eyed crazy kid who Max grows to see as a kindred spirit. It’s a transformative performance that is entertaining when it could’ve been just plain annoying. Fans will also be pleased to see Hugh Keays-Byrne a.k.a. the Toecutter from the first film return as new villain Immortan Joe. 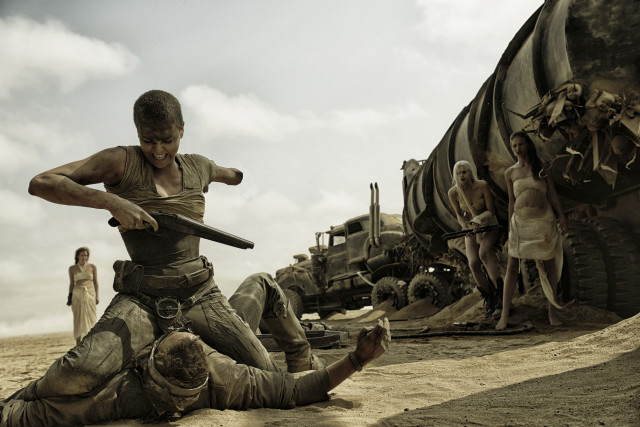 Charlize Theron’s Imperator Furiosa definitely has the potential to become an iconic heroine. Sporting a shorn head and a bionic arm, Theron goes the full Sigourney. It makes one realise that even though we’ve got the likes of Katniss Everdeen and Black Widow these days, we do badly need more old-school kickass women in movies. With all its pulpy 80s-ness, Fury Road could have very easily become blithely exploitative, but instead there is an admirable plot thread in which the young women cruelly forced to bear children for the villain fight for their freedom and Max eventually joins their cause. Sure, there are times when some of the women (played by models/actors Rosie Huntington-Whiteley, Riley Keough, Zoë Kravitz, Abbey Lee and Courtney Eaton) seem to blend together and they’re all clad in wispy bandages, but their rousing refusal to be victimised is as invigorating as the big action beats. There’s also a “badass grandma” in the form of Jennifer Hagan’s Miss Giddy. 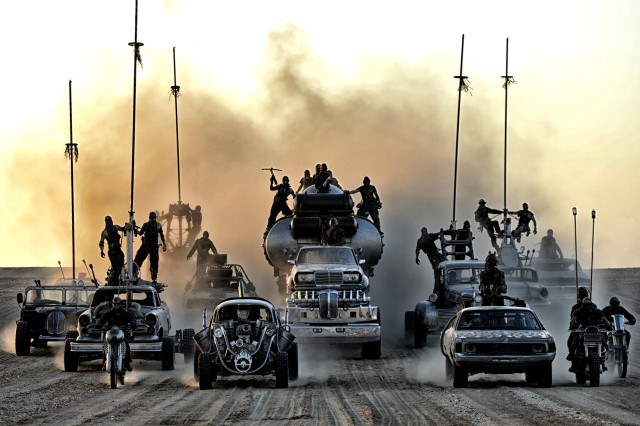 Mad Max: Fury Road is definitely an acquired taste. There will be audiences who, upon seeing the exaggerated vehicle designs, over the top costumes and scary makeup, will dismiss this outright and we see where they’re coming from. This being as heightened as it is, it might be difficult to find an emotional foothold and since this is essentially one big long chase, fatigue might set in. However, for those who grew up with the series, this will be a particularly awesome dose of nostalgia. Action movie junkies who are tired of blockbusters that lean too heavily on CGI effects will get a kick out of the authentic metal-on-metal tactility seen here. 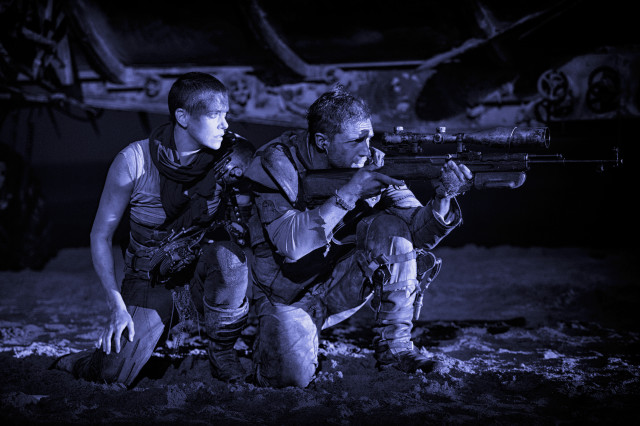 Summary: While it might be difficult for those without a personal connection to the series to get into gear, Fury Road offers long-time Mad Max fanatics a heaping serving of exhilarating vehicular carnage and an excellent replacement for Mel Gibson in the form of Tom Hardy.