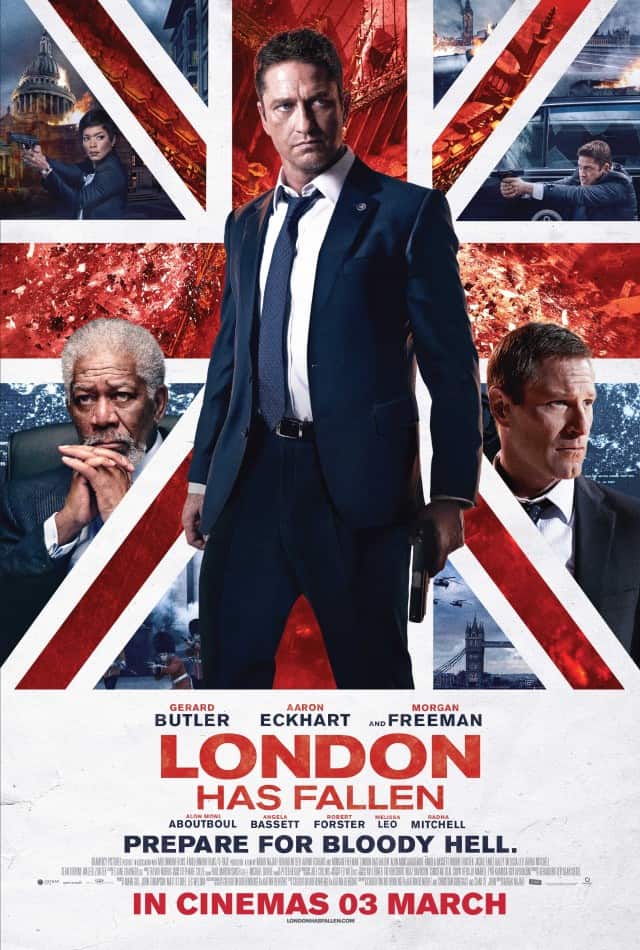 The city of London: between being decimated by a tungsten rod fired from orbit in G.I. Joe: Retaliation and having Dubai’s Burj Khalifa plonked down on it by aliens in the upcoming Independence Day: Resurgence, it seems Hollywood’s been saying “screw Britannia!” Another round of U.K. landmark destruction is preceded by the untimely death of the British Prime Minister. World leaders, including U.S. President Benjamin Asher (Eckhart), arrive for the state funeral. In the lead-up to the funeral, a brutal, intricately-planned terrorist attack cripples London, and Secret Service agent Mike Banning (Butler) is the only thing keeping Asher alive. Back in Washington D.C., Vice President Alan Trumbull (Freeman) receives a video message from terrorist mastermind Aamir Barkawi (Aboutboul), claiming responsibility for the attacks. Asher and Banning have to rendezvous with MI6 agent Jacquelin Marshal (Riley) as the chaos escalates and terrorists overrun London. 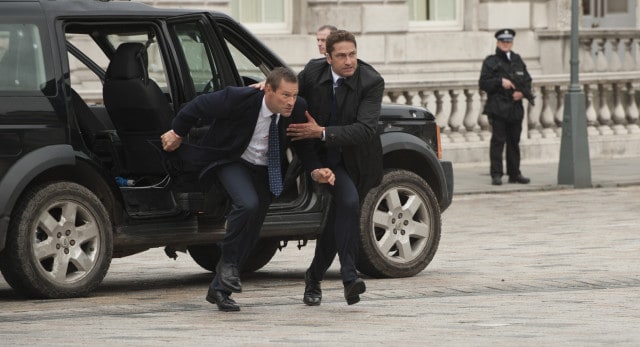 London Has Fallen is the sequel to Olympus Has Fallen, a film that was generally regarded as taking itself way too seriously, hilariously jingoistic, containing slipshod visual effects work but boasting a decent amount of brutal action. London Has Fallen contains all those traits and kicks them up to 11. There’s an increased sense of scale and the location shooting in London itself means the production values here are an improvement on those of its predecessor. However, in scenes including the destruction of Chelsea Bridge and a sequence in which the presidential helicopters Marines One, Two and Three are evading terrorists’ rockets, the visual effects work is nigh laughable. 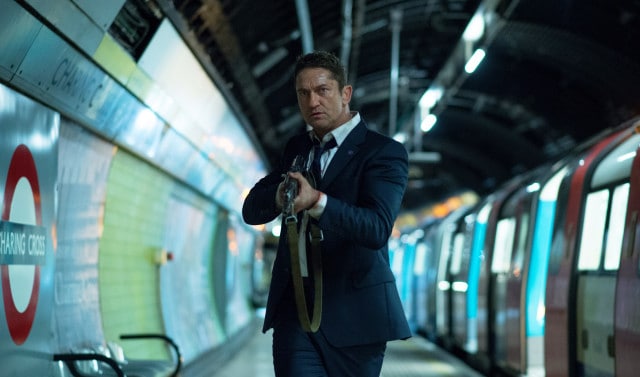 The over-the-top bombast is supposed to be thrilling, but there will be many audiences who will have a difficult time deriving entertainment from seeing terrorists blow up a city, particularly given the tragic frequency with which such incidents occur in real life. Paris, Beirut, Tunis, Istanbul, San Bernadino and Jakarta amongst others were all recently attacked and furthermore, the trailer for London Has Fallen was released during the week of the tenth anniversary of the 2005 7/7 London bombings. We don’t mean to get all self-righteous and this reviewer is a big action movie junkie, but the way London Has Fallen presents itself as topical while revelling in dated action movie tropes, with a one-man army stabbing bad guys and dispensing one-liners, is a little uncomfortable.

It’s pretty funny that this flag-waving, chest-thumping celebration of American jingoism is directed by a Swedish director of Iranian descent and stars an actor who is completely incapable of disguising his unmistakably Scottish brogue. As far as London Has Fallen is concerned, all world leaders are entirely expendable – ersatz versions of Angela Merkel, Silvio Berlusconi and François Hollande bite the dust in quick succession – all except for the American president, of course. The primary villain, a Middle-Eastern arms dealer, seems like a C-grade reject from the TV series Homeland. And yes, drone strikes are a plot point, because total predictability is the name of the game here. At the very least, the villainous scheme is an order of magnitude more plausible than that of the North Korean baddies in Olympus Has Fallen, though that’s still not saying much. 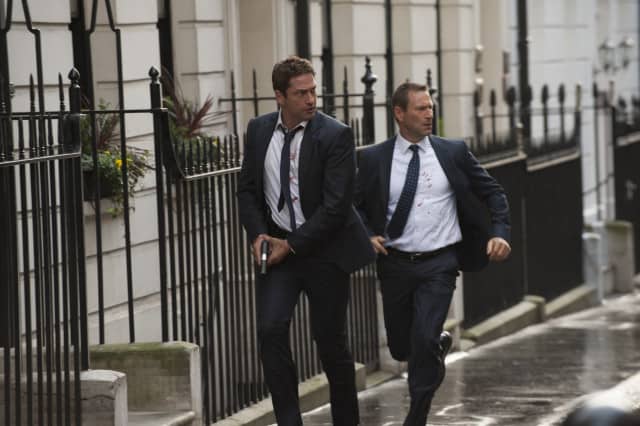 Butler and Eckhart lead a good number of actors who reprise their roles from Olympus Has Fallen. Sure, Butler is completely unbelievable as an American, but he and Eckhart develop a watchable buddy chemistry and Butler’s rough-around-the-edges quality makes him easier to buy as an old-school action hero than other actors out there. Many attempts at badass quips simply come off as silly, but the guy looks like he knows what he’s doing when he’s firing a gun. Bassett isn’t in much of the film and Freeman, Forster and Leo simply sit around the Situation Room back at the White House; their scenes looking like they were all filmed in one day. Jackie Earle Haley as the White House Deputy Chief of Staff is puzzling casting, since the actor isn’t allowed to display any of the quirky energy he’s known for. Riley’s MI6 agent could’ve been a scene stealing character, but God forbid anyone other than Butler kick a significant amount of ass. 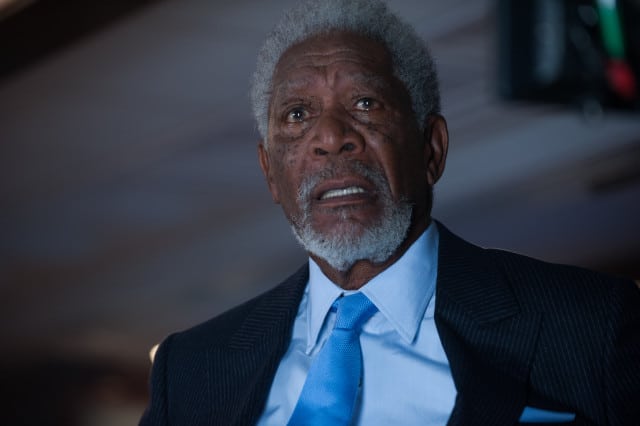 Is London Has Fallen enjoyable at all? Yes. It’s fun to guffaw at the clunky lines of dialogue, to appreciate some of the action sequences for being well-executed and others for looking hilariously phony and to pretend that it’s still the 80s-90s, cheering on the clench-jawed hero who charges in guns a-blazing. The clichés are so on-the-nose – for example, Banning’s wife Leah (Mitchell) is pregnant with their first child, pining for the safe return of her husband – it’s impossible to assume the filmmakers didn’t go into this with at least the slightest modicum of self-awareness. Most of all, it’s enjoyable in its thunderous stupidity and those 99 minutes go by fairly quickly.

Summary: This action thriller is often breathtakingly dumb and the “terrorist attacks in the name of entertainment” angle is problematic in this day and age, but the sheer lack of subtlety is enjoyable in its own right. U.S.A! U.S.A! U.S.A!