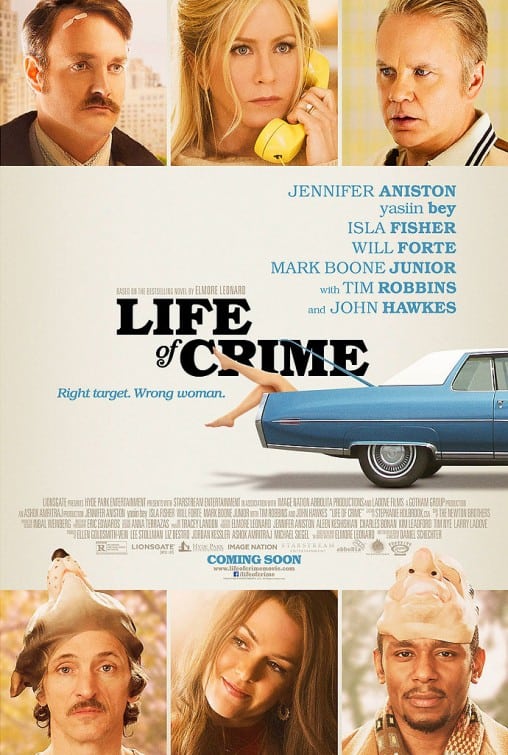 In the movies, crimes, heists and capers can go down in one of two ways: stylishly, with plenty of tension and drama; or disastrously, typically with lashings of irony and comedy. Life Of Crime lodges itself firmly in the latter camp, exploring with often amusing effect the myriad ways in which plots and plans can go very badly wrong. But there are blacker, funnier crime comedies out there. Despite the efforts of its excellent cast, Life Of Crime seldom becomes much more than a pleasant diversion. 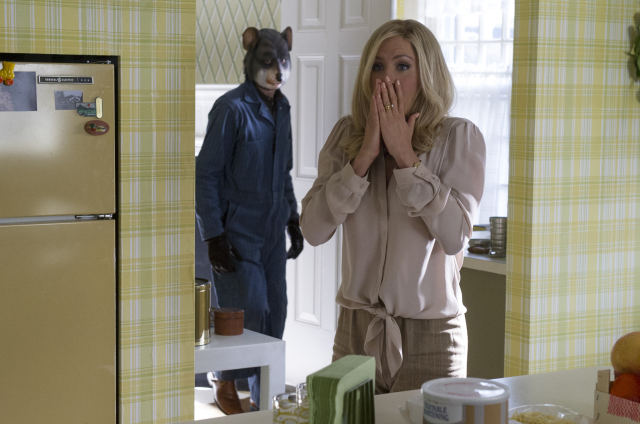 Mickey Dawson (Aniston) is married – quite unhappily – to Frank (Robbins), a rude, insensitive brute so obnoxious that he almost seems to be trying to drive her away. Their marital problems, however, are largely hidden from public view. And so, clueless criminals Louis (Hawkes) and Ordell (Bey a.k.a. Mos Def) decide to kidnap Mickey and blackmail Frank for a million dollars. But a simple abduction grows increasingly complicated by factors quite outside their control: Richard (Mark Boone Jr), their creepy, neo-Nazi co-conspirator; Marshall (Forte), Mickey’s amorous but very married suitor; and Melanie (Fisher), the sexy, hard-hearted reason Frank can’t wait to get rid of Mickey for good.

It’s a situation rich with irony and comedy, and writer-director Daniel Schechter – adapting the novel by Elmore Leonard – does a decent job of blending both elements into the script of his film. We’re introduced to Louis, a kidnapper considerably more chivalrous and considerate of Mickey’s feelings than her own husband. Meanwhile, Richard provides the film with much of its slightly chilly brand of silliness: he is, in every way, a horrific creep, but he’s also played as outsized comic relief, a blundering mass of prejudice and hatred whose sole purpose is to mess everything up. Schechter even layers a little tragedy into Mickey’s predicament: being kidnapped would arguably be the worst moment of anybody’s life but, for a woman trapped so firmly in her odious marriage (and the 1970s), it represents a most unusual chance for freedom. 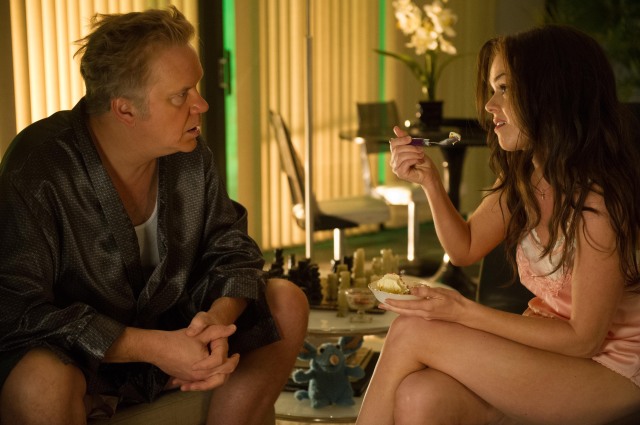 Where the film falters is in its ever stranger third act, which fails to really gel into anything meaningful. Loyalties are easily traded and pledged, and odd alliances are created, but none of it feels particularly believable. The final frame of the film – which should come across as triumphantly cheeky – winds up feeling a little odd and overblown. By that point, it’s hard to tell just how we’re meant to react to the constantly shifting moral compasses of Schechter’s characters. That’s no doubt the point of the film, at least partly, but it makes for a curiously deflating ending.

To its credit, Life Of Crime is carried by a great cast having a mighty good time. Aniston credibly plays all sides of Mickey – a role that might, tantalisingly, have been taken by Diane Keaton a few decades ago – finding the sadness and steel in a housewife who should have given up a long time ago. Robbins is perfectly smarmy as Frank, and Hawkes a charismatic joy in the tricky role of a kidnapper with a heart of gold. The real standout, however, is Boone, who commits so fully to his part that every horrible, hilarious inch of Richard practically oozes off the screen, particularly in a tense comic stand-off that features plenty of gunplay.

At its best, Life Of Crime radiates a kind of cheeky charm – there’s something almost thrilling about watching Ordell and Louis get increasingly flummoxed by events for which they had never planned, as their identities are compromised and secrets given away. But Life Of Crime also pulls off that odd trick of having its characters wind up less interesting by the end of the film than at the start. As a result, the film – which starts off with real fizz and some surprising depth – proves to be mostly entertaining but very little else.

Summary: A decent diversion with a great cast, but far from the best of its genre.