Tim LaHaye and Jerry B. Jenkins’ bestselling 1995 novel Left Behind has spawned a successful franchise including 15 further books, a young-adult spin-off series and three films. Dissatisfied with how the movies turned out, LaHaye sought to remake the film series – he’s gotten his wish of a remake, but not of a “first-class, high-quality movie” as he desired. Airline pilot Rayford Steele (Cage) is stuck in an unhappy marriage, his wife Irene’s (Thompson) Christian beliefs driving both Rayford and their daughter Chloe (Thomson) away. TV news reporter Cameron “Buck” Williams (Murray) meets Chloe at the airport and takes a liking to her, coincidentally boarding the plane her father is flying. In the midst of the trans-Atlantic flight, passengers suddenly vanish. This seems to be a worldwide occurrence, with Christians and all children disappearing. With his co-pilot also gone, Captain Steele must land the jeopardised flight as those left behind struggle to figure out what has taken place. 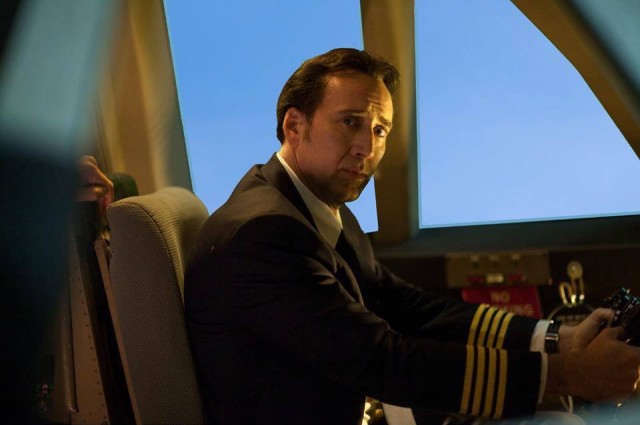 We have to feel sorry for whoever went, “Right, we’re rebooting Left Behind and we want people to take it seriously this time. I know, we’ll get Nicolas Cage!”. The three films, starring actor/evangelist Kirk Cameron, were low-budget affairs that flew mostly under the mainstream radar. The thing is, whether one agrees with the eschatological viewpoint within or not, there’s potential in the story for a thrilling, intriguing film. Among Left Behind’s myriad problems is how this potential is squandered with its small scope and poor production values. Director Vic Armstrong is a respected stunt coordinator and second-unit director, known for being Harrison Ford’s stunt double in the first three Indiana Jones movies. It’s a shame to see him directing something as embarrassing as this; the vehicular action carries a distinctly artificial “stunt show” feel about it. At no point does it actually seem like this sudden global catastrophe is really that big of a deal, the budget not allowing for any Roland Emmerich-style vistas of destructive spectacle. The film also ditches the character of Nicolae Carpathia, the Antichrist, losing the international thriller aspect of the book. 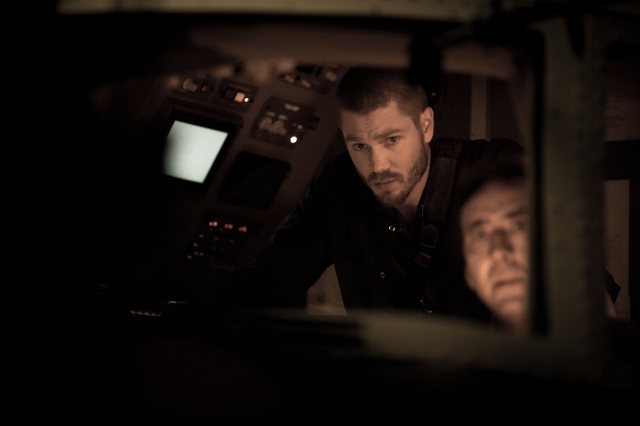 Instead, the film puts its focus squarely on the Rayford Steele character. Cage really looks like he’d rather not be in this – and that’s saying something, given this is Nicolas Cage we’re talking about. Anyone coming into this purely to see Cage deliver some of his signature so-bad-it’s-good overacting will be disappointed – you’d think there would be at least one big freaking-out scene. Murray, playing the role Kirk Cameron did in the previous films, seems to have difficulty figuring out how to go about his post-teen idol career. Thomson is bland and whiny as Chloe, but she’s still not as annoying as every last one of the stereotypical passengers on board Rayford’s flight. Nicky Whelan is the pretty blonde flight attendant Rayford plans on cheating on his wife with and there is very little more to her than that. 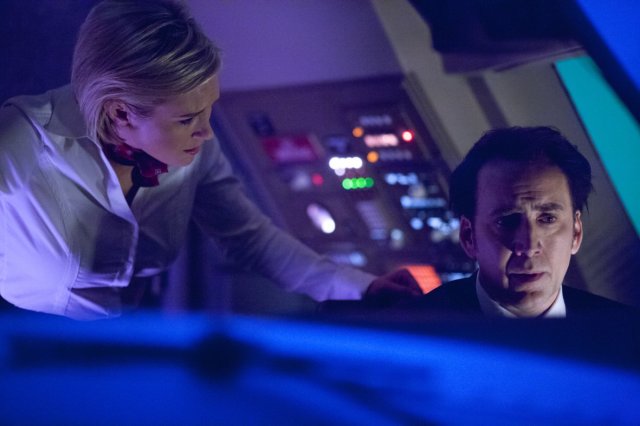 From the moment we get a long look at a horribly-Photoshopped family photo, the film is a parade of unintentional comedy. That melodrama is exacerbated by Jack Lenz’s atrocious score, all the music cues overly maudlin, obvious and cheap. It’s also a drag, with the Rapture only occurring at around 35 minutes in. At some points, the filmmakers seem oddly out of touch – one character is surprised that another owns a mobile phone, yet the devices depicted are modern-day smartphones. Let’s face it, films catering especially to Christian audiences have generally been poorly-made and cringe-worthy. Unfortunately, the new Left Behind is no exception. The worst part of it all is that it didn’t need to be this way – after all, the HBO drama The Leftovers, set after the Rapture (albeit without the evangelical Christian focus), has managed to be thought-provoking, intelligent and sombre, if often downright depressing. Calling a Christian film “preachy” may sound like a moot point, but a subtler touch could have done Left Behind a world of good. We reckon audiences will be too busy laughing to do any real soul-searching.

Summary: In the Bible, 2 Peter 3:3 warns that, “In the last days, scoffers will come, mocking the truth…” – well, the ineptly-made Left Behind will only serve as a giant scoffer magnet.