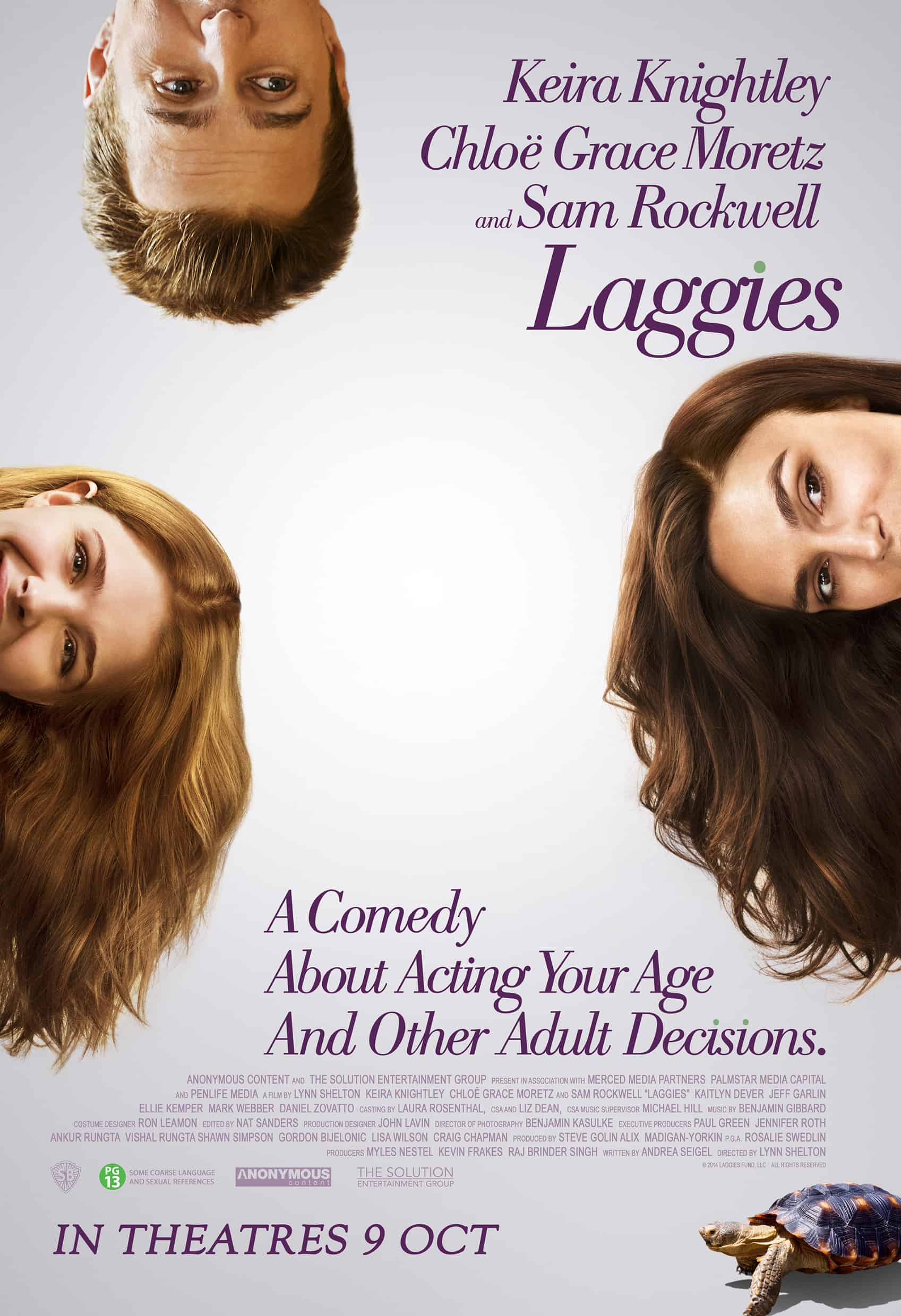 Just what does it mean to really ‘grow up’? As kids, many of us no doubt assumed that maturity and independence would naturally follow once we hit a certain age. But, as most of us have since discovered, that isn’t necessarily true: people can easily be adults in age but children in attitude. Laggies, an affable film with quirky indie sensibilities and a great cast, explores these issues with quite a lot of charm and genuine humour, although its odd plotting fails to live up to its characters in the end. 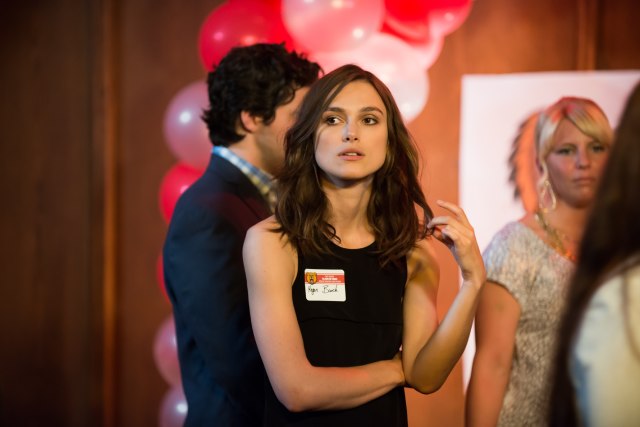 Megan (Knightley) is stuck. Ten years after graduating from high school, her friends have all moved on with their lives and accumulated the accoutrements of adulthood: jobs, husbands, babies. Only Megan remains stalled in permanent adolescence, temping for her dad and living with her doting high-school boyfriend Anthony (Mark Webber). When Anthony’s proposal of marriage forces her to contemplate leaving her commitment-free comfort zone, Megan takes refuge in the home of Annika (Moretz), a high-school girl who begs Megan for help in buying alcohol. In the course of a week, Megan discovers that there’s more to life than idling in first gear, and draws closer to Annika and her dad, lawyer Craig (Rockwell). 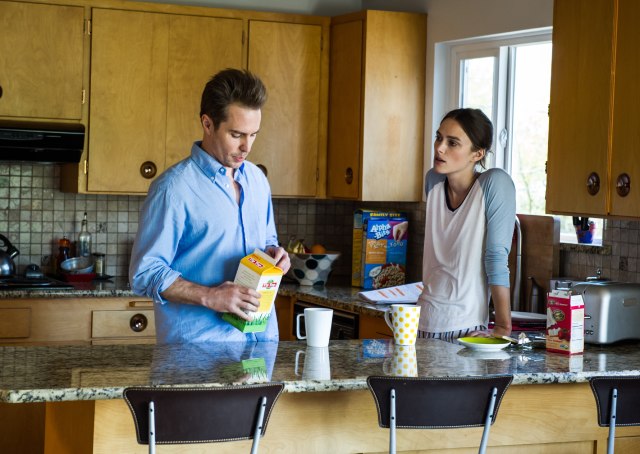 There’s actually quite a lot to enjoy in Laggies, even if its ending is a foregone conclusion. Andrea Seigel’s screenplay is sharp and smart, developing her characters into something more than stereotypes. There’s a gentle, deep undertow of understanding in Megan’s budding friendship with Annika – one which brings them both to a bittersweet meeting with Bethany (Gretchen Mol), the mom who abandoned Annika for a new career as a lingerie model. As played tenderly by Knightley and Rockwell, the way in which Megan is drawn towards Craig also makes sense, even if their connection feels a little forced. 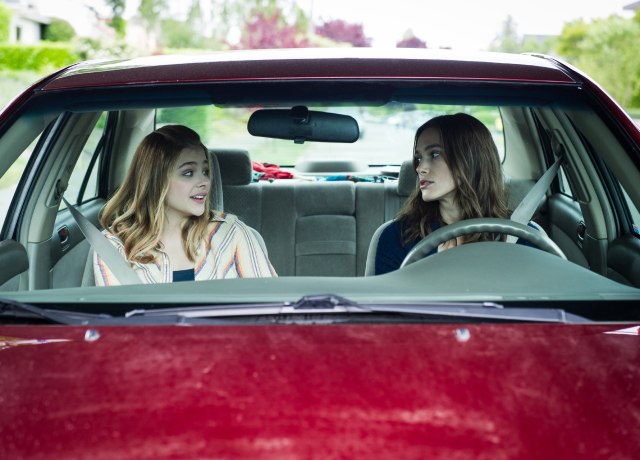 The performances are also top-notch. Knightley delivers one of her most fascinating creations yet: a woman who has drifted through rather than lived her life for years, not daring to sever ties to her past but afraid to forge into the future. Her Megan is spiky and sweet, appealing even when the character’s flaws threaten to overwhelm. Rockwell’s part is a bit undercooked, but he’s such a great actor that he lends Craig’s attraction to Megan all the credibility denied it by the script. Moretz, too, is great as always, slipping into the troubled skin of Annika and creating another lost girl with plenty of spunk. 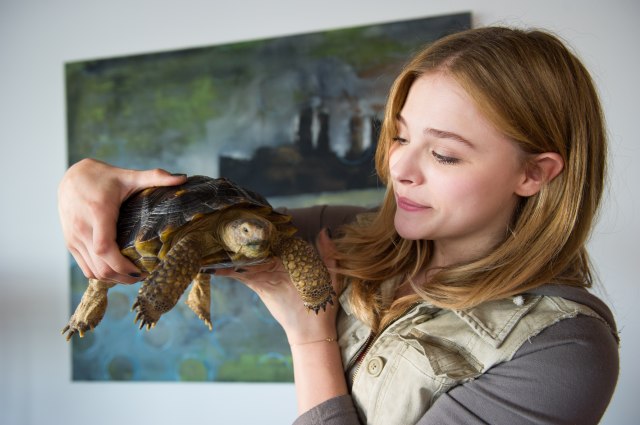 Where Laggies falters is in its final act. The last third of the film has a few great moments, including a heartrending encounter between Megan and Anthony that shouldn’t work as well as it does. But it also degenerates steadily into cliché, abandoning much of its offbeat humour and complex characters for twists both odd (Megan’s reaction to a car accident begs the question: is that really how a grown-up should respond to the situation?) and predictable (Megan’s epiphany is a textbook rom-com moment). 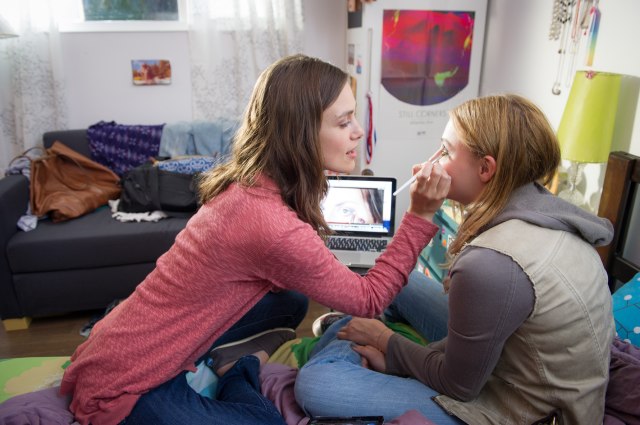 In effect, Laggies stops growing, just as Megan did for ten years of her life. At the end, it provides easy answers for its characters after spending most of its running time suggesting that there are no such things: that the real world is complicated and people aren’t perfect, that growing up takes effort and doesn’t happen by default. This doesn’t mean that the film isn’t watchable – it very much is, and will reward viewers with some truly lovely moments of wry humour and quirky characterisation along the way. But its undeniable charm is also what makes Laggies‘ ending all the more disappointing.

Summary: A quirky, charming study of arrested development that suffers from the very syndrome it’s exploring.