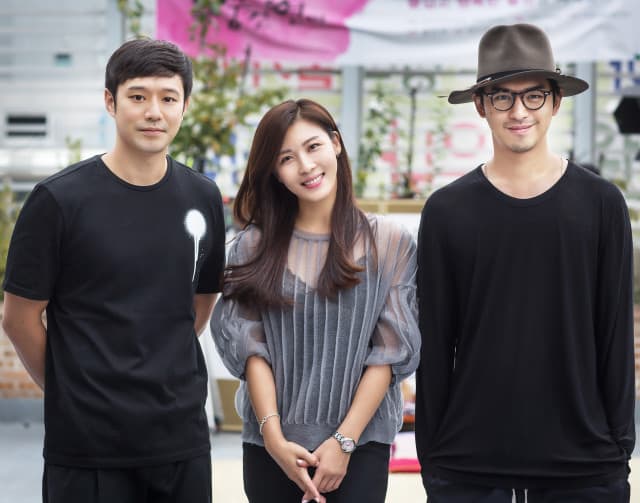 LIFE RISKING ROMANCE follows the story of a mystery novel writer Jane (Ha Ji-won), her best friend and a police officer Rokhwan (Chun Jung-myung), and a mysterious but charming neighbour Jason (Chen Bolin). With the recent series of murders happening in town, the romantic relationship among the three as well as the investigation of the murders become complicated.

The romance thriller stars one of Korea’s top actresses Ha Ji-won, who is best known for her lead roles in television dramas, EMPRESS KI (2013/14), SECRET GARDEN (2010), and HWANG JINI (2006). Ha has also starred in several movies including the 2009 box office hit HAUNDAE, and has won numerous acting and popularity awards throughout her career. Also starring in the film is Korean actor Chun Jung-myung who is best known for his lead roles in the 2015 drama series HEART TO HEART and RESET (2014). The film also features popular Taiwanese actor Chen Bolin who is famous for his acting roles in many Chinese films and television dramas including IN TIME WITH YOU (2011). He was also the lead actor for 20 ONCE AGAIN (2015), the Chinese remake of Korean movie MISS GRANNY. This will be Chen’s first time starring in a Korean movie.

LIFE RISKING ROMANCE is co-produced by Novus Mediacorp and B.A. Entertainment Co., Ltd., and is directed by Song Min-Kyu, who is the producer of the 2011 war film MY WAY. The film is expected to be released in Korean theatres in the first half of 2016