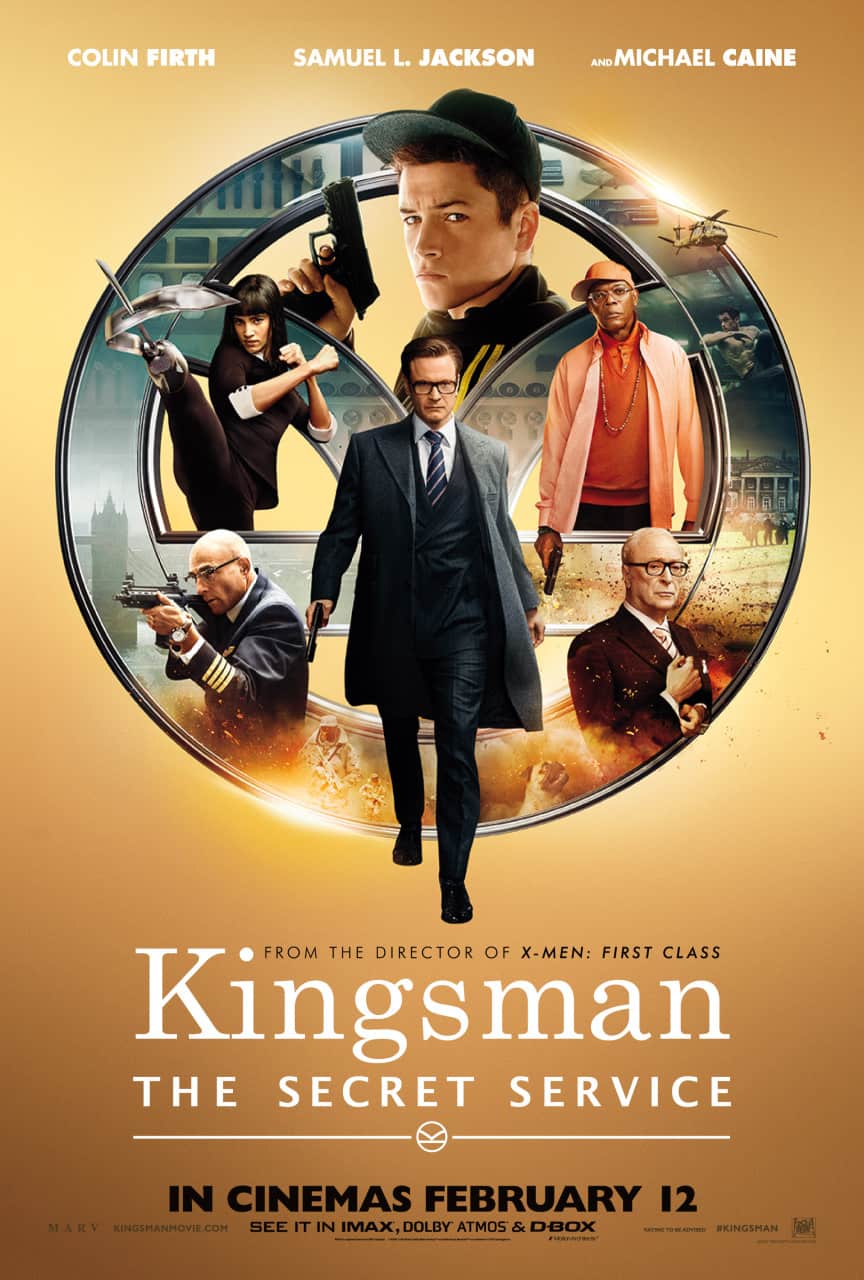 The gentleman spy – judging from Hollywood’s preoccupation with rough-and-tumble gritty action thrillers, it might seem like an archetype that has gone out of style. Kingsman: The Secret Service endeavours to bring it back. Colin Firth plays Harry Hart, codename “Galahad”, a member of the elite independent clandestine organisation Kingsman. When it comes time to recruit a new Kingsman, Harry sets his sights on Gary “Eggsy” Unwin (Egerton), a ne’er do well from the wrong side of the tracks. Eggsy is put through his paces, subjected to the rigorous Kingsman training and selection process, picked on by most of the other recruits but finding a friend in the form of Roxy (Cookson). In the meantime, a global threat surfaces in the form of megalomaniacal tech billionaire Richmond Valentine (Jackson), hell-bent on unleashing a catastrophe only Kingsman can foil. 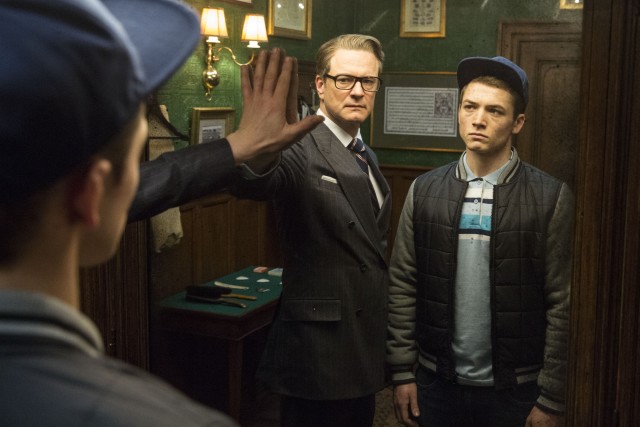 Kingsman: The Secret Service is adapted from the comic book by Mark Millar and Dave Gibbons. Director Matthew Vaughn previously collaborated with Millar on Kick-Ass, to smashing results. Just like the bespoke tailored suits showcased in the film, Vaughn is a perfect fit for the source material. Between this and X-Men First Class, he more than proves he’s worthy of directing an actual Bond movie. While Vaughn and co-writer Jane Goldman have changed a fair bit from the comics, there are still nods fans of the book will enjoy, such as Mark Hamill playing a supporting role – Hamill was one of the kidnapped celebrities featured in the comic. Kingsman: The Secret Service is filled with playful homages to classic spy-fi staples, such as The Avengers, The Man from U.N.C.L.E., Get Smart (listen out for the line about the shoe phone) and of course the early Bond films. There are even shout-outs to Dr. Strangelove and The Shining. In the midst of making all those references, Vaughn manages to imbue the movie with an identity all its own, tossing several surprises into what seems like a very familiar spy yarn. 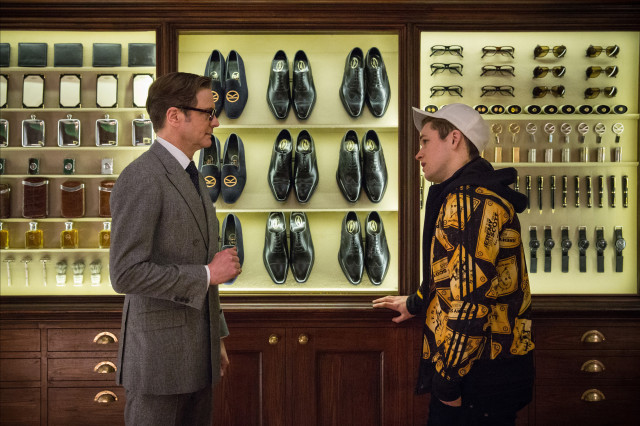 Kingsman: The Secret Service is a throwback to the above-mentioned shows and movies and in a Tarantino-esque way, spy movies pop up as a subject of discussion in the film itself. Of course, Vaughn was never going to play it straight and that wicked, subversive streak he displayed in Kick-Ass is in full force here. Vaughn takes palpable delight in juxtaposing the cultured high-society world of countryside mansions, 19th Century brandy and Saville Row tailors with lots of swearing and graphic brutality. Brace yourself for impalements, severed limbs, exploding heads and even someone getting bifurcated by way of bladed prosthetic leg. Most likely on the strength of Kick-Ass, Vaughn has managed to convince the studio bigwigs to let him go the full, gleefully R-rated hog instead of having to pull his punches and deliver a softer, friendlier product. 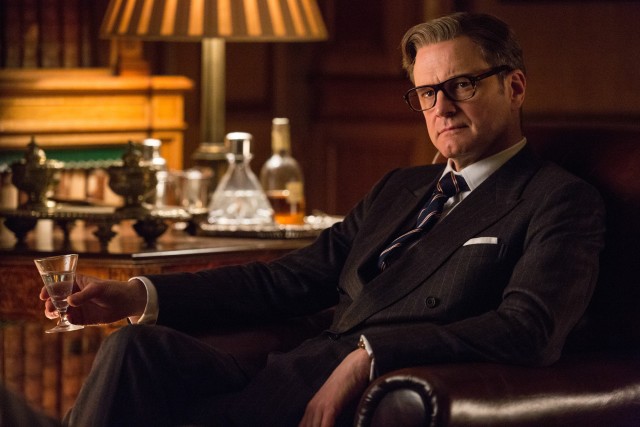 The single sentence “Colin Firth kicking ass” is really all the promotion and marketing this movie needs. Expertly playing on his public persona as an evergreen Mr. Darcy, it is an absolute thrill to see the Oscar-winning thesp take out a bar full of street toughs with calculated efficiency. The physical training that the actor underwent pays off, and it really doesn’t feel as if Firth sat out the action sequences for a stunt double to take his place. One jaw-dropping, blood-soaked scene has been compared to the martial arts in The Raid, the camera-work kinetic and jittery yet stopping short of incoherent and nausea-inducing. Firth is able to bring a lot more to the role past that casting gimmick, admirably lending genuine pathos when it is required. 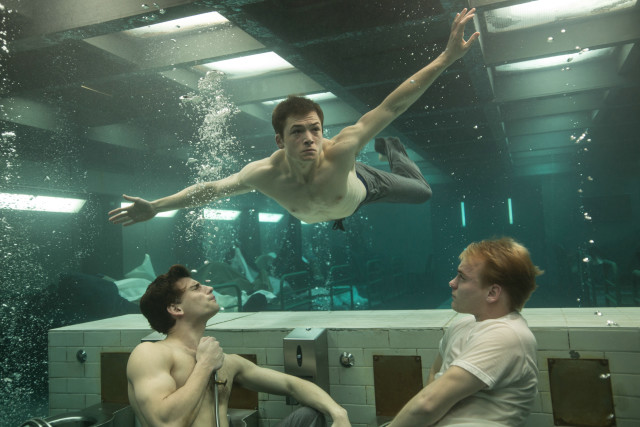 This reviewer was worried about how Taron Egerton would come off in this film, as the role of the “unrefined mentee” who is taken in and shown the ropes is usually played one of two ways: insufferably annoying or just really bland. Egerton manages to be neither and does make for a convincing street kid, possessing just enough bad boy swagger without it being ridiculous. As Roxy, Sophie Cookson is appealingly spirited and cool; it’s to Vaughn and Goldman’s credit that they don’t force a predictable romance between Eggsy and Roxy into the movie, their relationship actually more satisfying for it.

Samuel L. Jackson has the time of his life here – for an actor who’s in everything from direct-to-DVD dreck to the biggest blockbusters, he isn’t given to sleepwalking through roles. His lisping, charismatic supervillain is a hoot – it’s to Jackson’s credit that he’s able to balance the menacing and funny sides of Valentine. It also helps that Valentine’s henchwoman Gazelle (Boutella), giving new meaning to the term “blade runner”, is distinctive, graceful and terrifying. Mark Strong lends a gruff authority and trustworthiness to the role of Merlin, Kingsman quartermaster and the supervisor of the recruits’ training. It’s also fun to see Michael Caine in this – this reviewer assumed that he would merely show up as the Kingsman head and not have much to do beyond that, but there are a few more layers to “Arthur”. 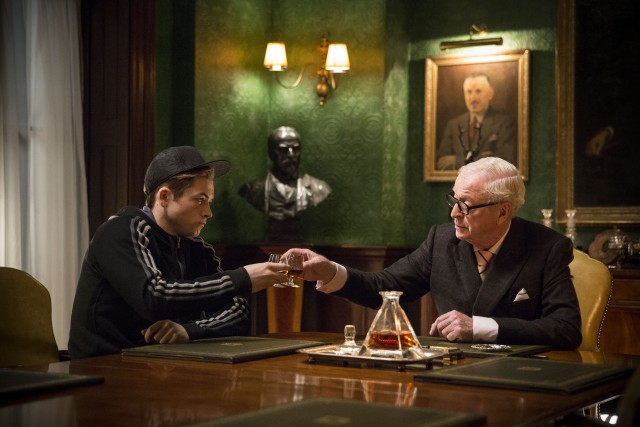 If there’s one major element that lets Kingsman: The Secret Service down, it would be the film’s reliance on sometimes-unconvincing computer-generated imagery. Sure, it’s heightened and has no aspirations to realism, but cheap-looking CGI can still pull an audience out of it. This is most noticeable during a scene set at the edge of space involving a satellite that has to be shot down. Still, the intricately-choreographed stunt work, including Firth’s martial arts mayhem and one of the most exciting skydiving scenes in recent memory, do make up for it. In Kingsman, genre aficionados will find a spy flick that’s as fresh as it is nostalgic and will come away thoroughly entertained. 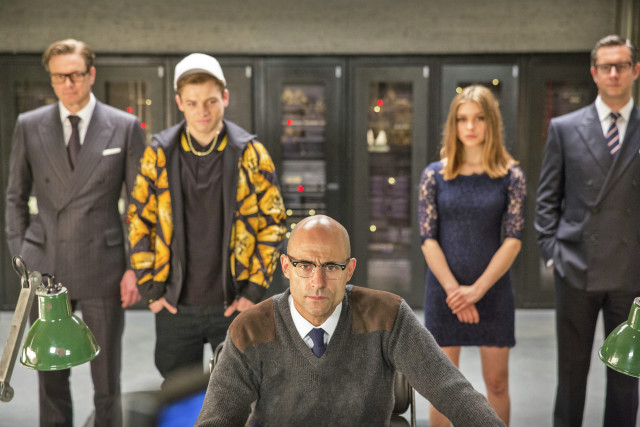