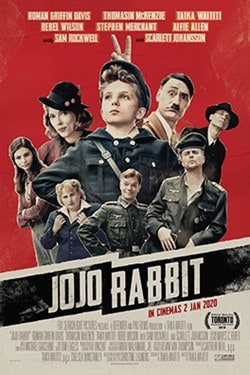 The Low-Down: While he’s had a long career in his native New Zealand, Taika Waititi has become a hot property in Hollywood over the last several years. What We Do in the Shadows and Hunt for the Wilderpeople earned Waititi widespread acclaim, and he has had mainstream success with Thor: Ragnarok, in which he also played the character of Korg. Waititi turns his attention to World War II with this adaptation of Christine Leunens’ novel Caging Skies. 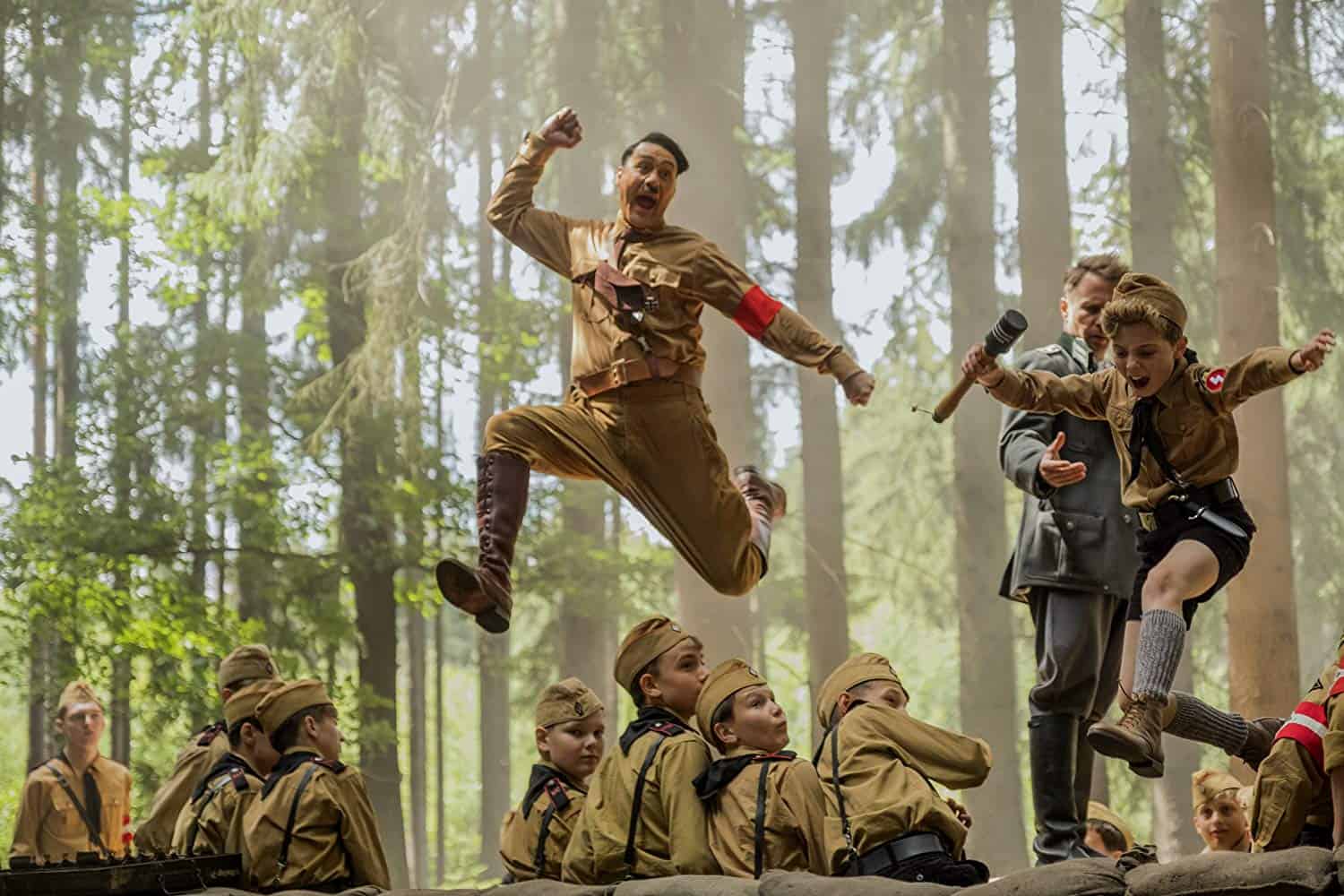 The Story: It is towards the end of the Second World War. Johannes “Jojo” Beltzer (Roman Griffin Davis) is a member of the Hitler Youth and an unabashed Hitler fanboy, living in Germany with his mother Rosie (Scarlett Johansson). Jojo is an outcast who is mocked for refusing to kill a rabbit during a Hitler Youth camp activity. His only friend is Yorki (Archie Yates), also a member of the Hitler Youth. That’s not technically true – Jojo does have another friend: an imaginary version of Adolf Hitler (Taika Waititi). Captain Klenzendorf (Sam Rockwell), who runs the Hitler Youth camp, takes a liking to Jojo despite initially dismissing him as unsuitable to be a soldier. However, Jojo’s resolve and loyalty to the Nazi ideals is shaken when he discovers his mother is hiding a young Jewish girl named Elsa (Thomasin McKenzie) in the attic of their house. 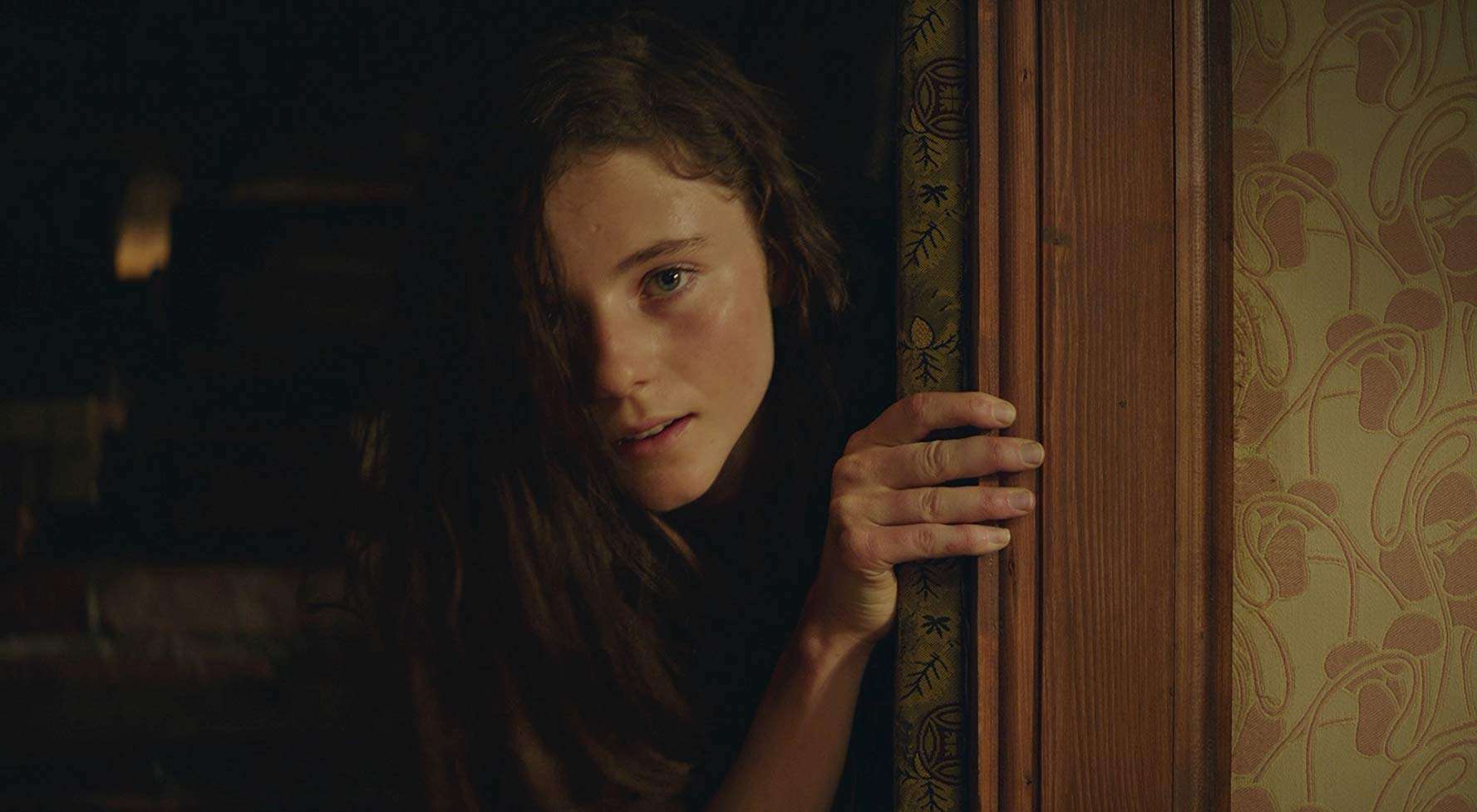 The Good: Jojo Rabbit is a movie that plays to all Taika Waititi’s strengths as a writer, director and performer, allowing him to put his stamp on it and make the movie something that is distinctly his. The film is a satire that aims to undercut the superficial cool factor that some perceive the Nazis as having by mocking them – this is a not a new idea. After all, Charlie Chaplin wrote, directed and starred in The Great Dictator in 1940. However, Jojo Rabbit presents the point of view of children who were growing up in Nazi Germany. There is an innocence and earnestness to the film which is married to an understanding of the horrors of war, and specifically of the Third Reich. 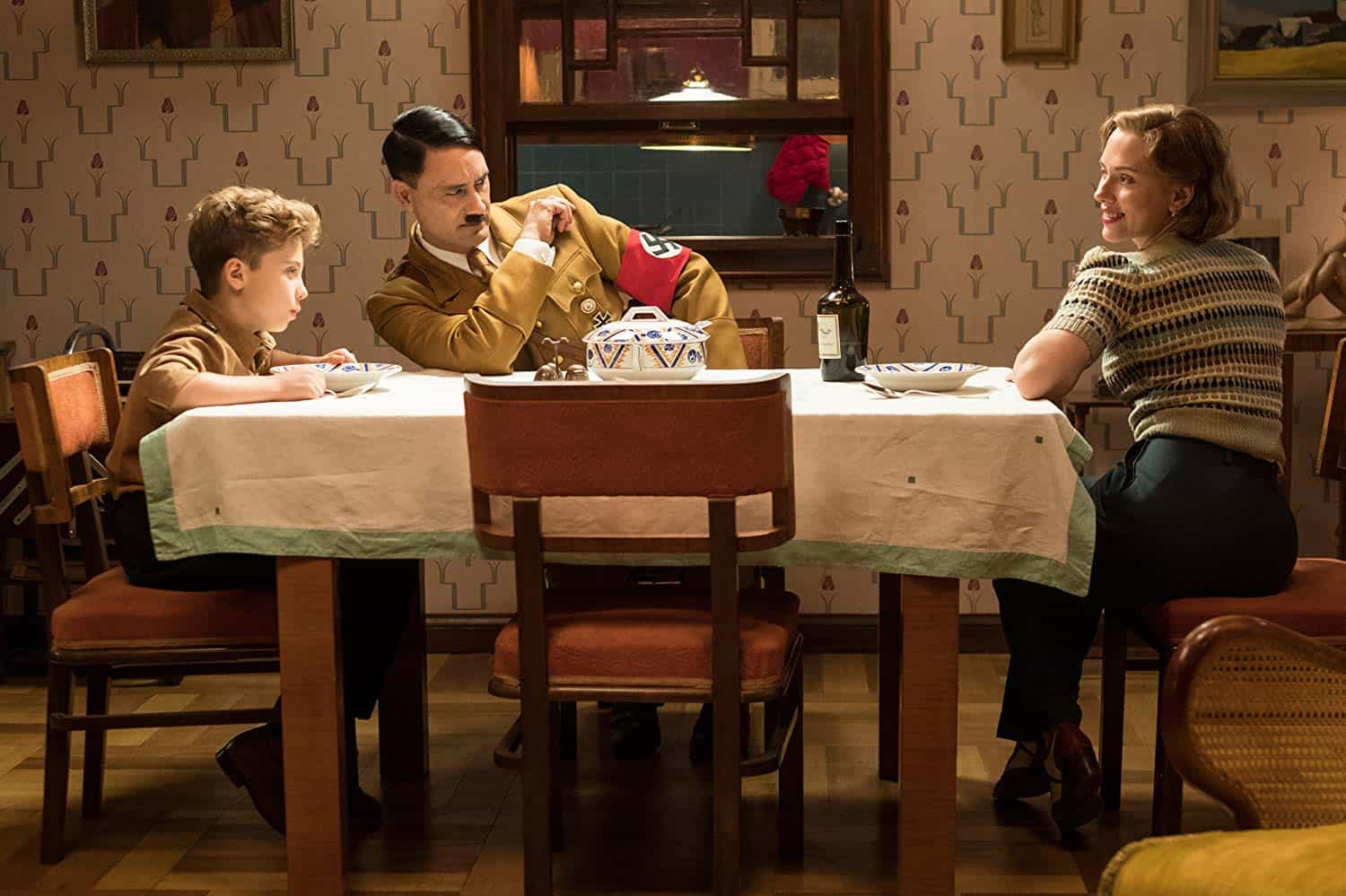 Jojo Rabbit is sometimes uncomfortable, but perhaps necessarily so. The film has been described as Waititi juggling a live grenade for 108 minutes, but the point of the movie is not to be audacious or to be shocking. While it can get very bleak, the film is largely a gentle, sensitive treatise on how hate is fostered and how it can be defused. The remarkable performances (more on that in a bit) give the film its beating heart. 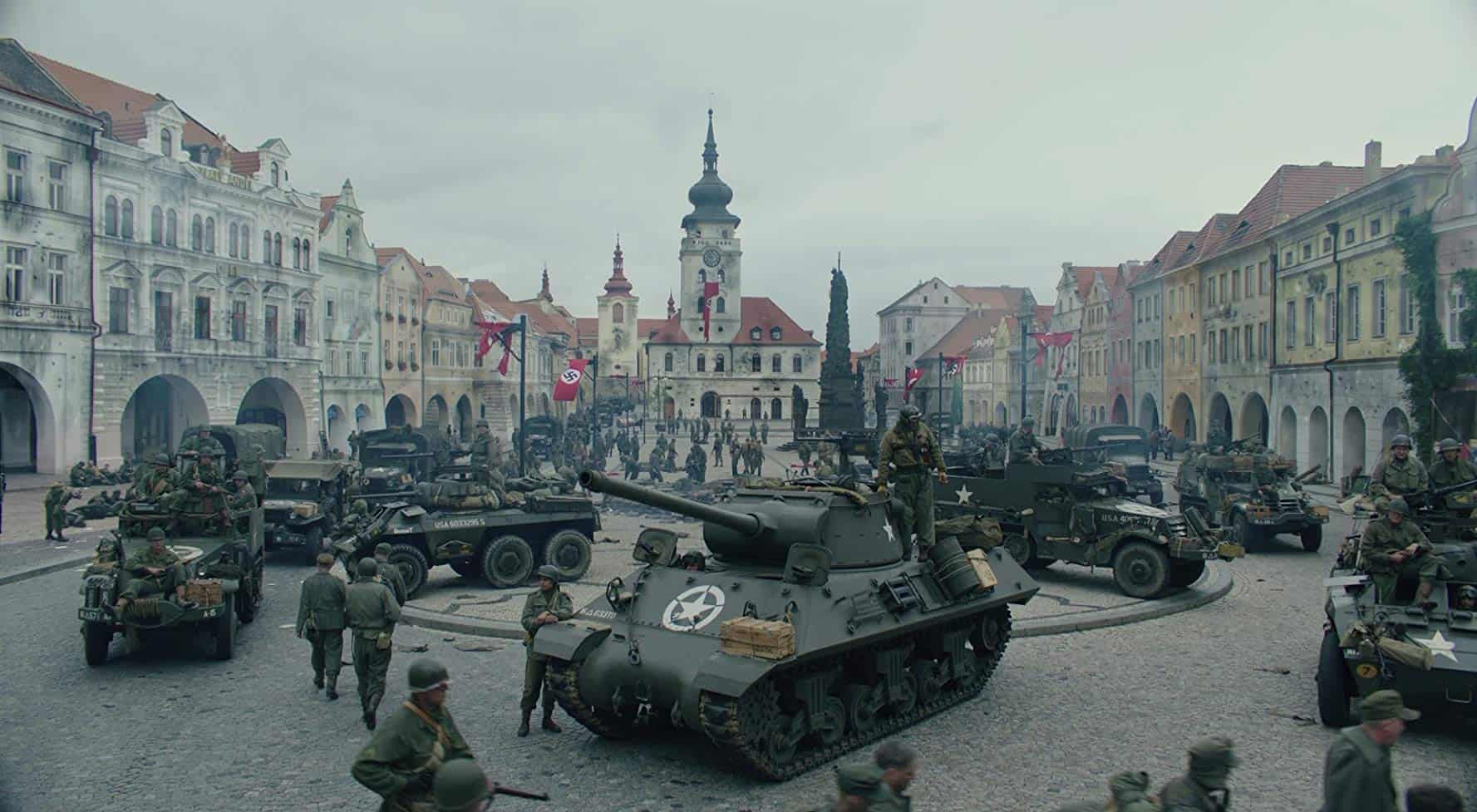 The movie was shot on location in Prague and other locations in the Czech Republic. The cinematography by Mihai Mălaimare Jr. and music by Michael Giacchino all give Jojo Rabbit the feel of a prestige film, but because of its humorous tone and Waititi’s deft directorial touch, the movie never feels like it’s putting on airs just for awards season. 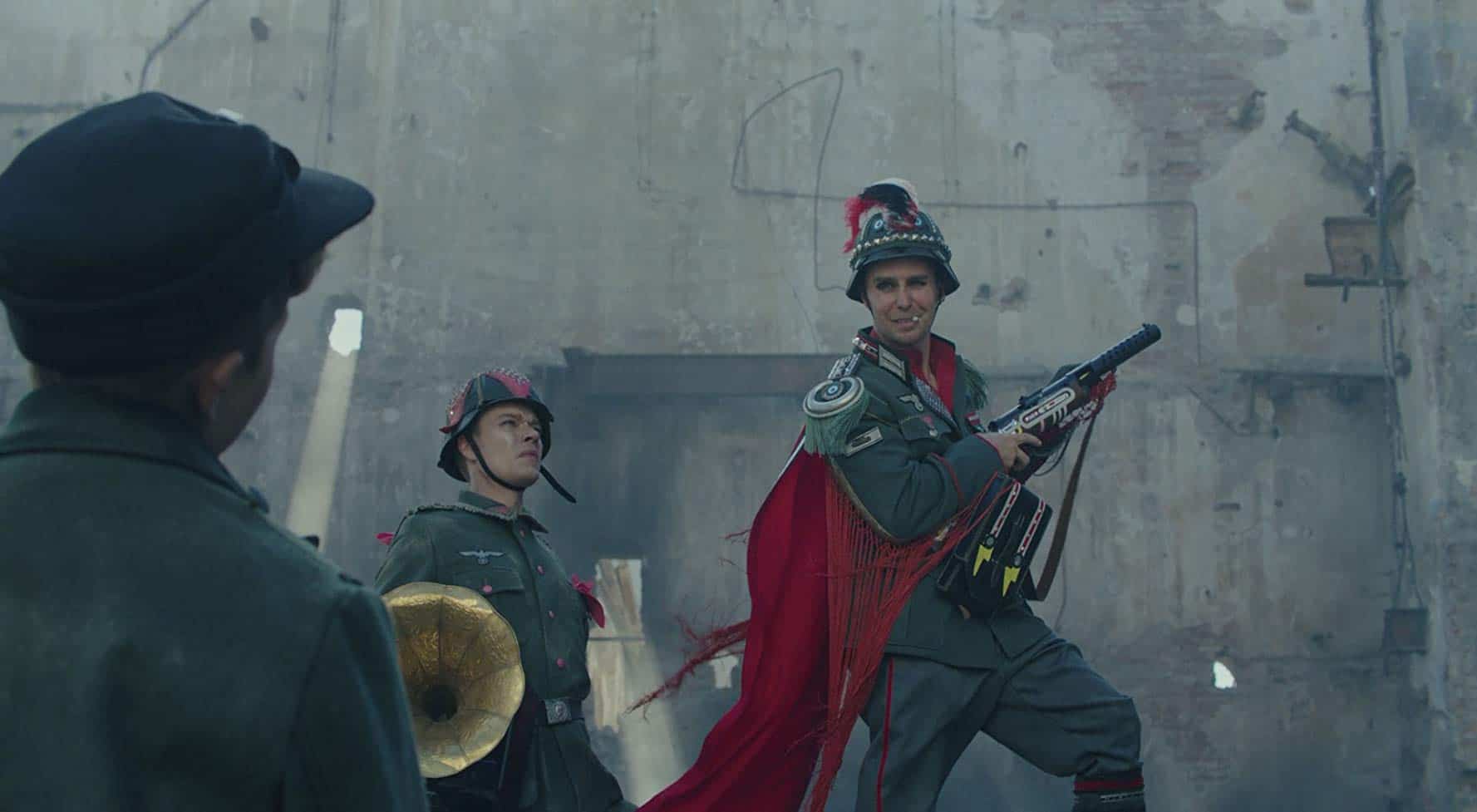 The Not-So-Good: Jojo Rabbit has garnered controversy, with some critics saying the film should not be portraying the Nazis in a comical manner, even to mock them. After all, Chaplin himself wrote in his 1964 autobiography that had he been aware of the Nazi concentration camps at the time, he would not have made The Great Dictator. Steven Spielberg portrayed the Nazis as cartoon villains in the Indiana Jones films, but he said he could no longer view them that way after making Schindler’s List. Jojo Rabbit is tonally challenging, but this reviewer would argue that there is a sensitivity to the way horrific historical events are depicted, and that Waititi has succeeded in using humour judiciously. Some critics have also argued that the film should not portray any Nazis sympathetically, when Sam Rockwell’s character is depicted in a largely positive light.

Keeping the home fires warm: Jojo Rabbit is the story of a makeshift family. Jojo’s sister Inge has died, and Elsa was a schoolmate and friend of Inge’s. In a way, Elsa is a surrogate daughter to Rosie and a surrogate sister to Jojo. Waititi has said that he intended the film to be a love letter to his mother and a tribute to single parents everywhere. 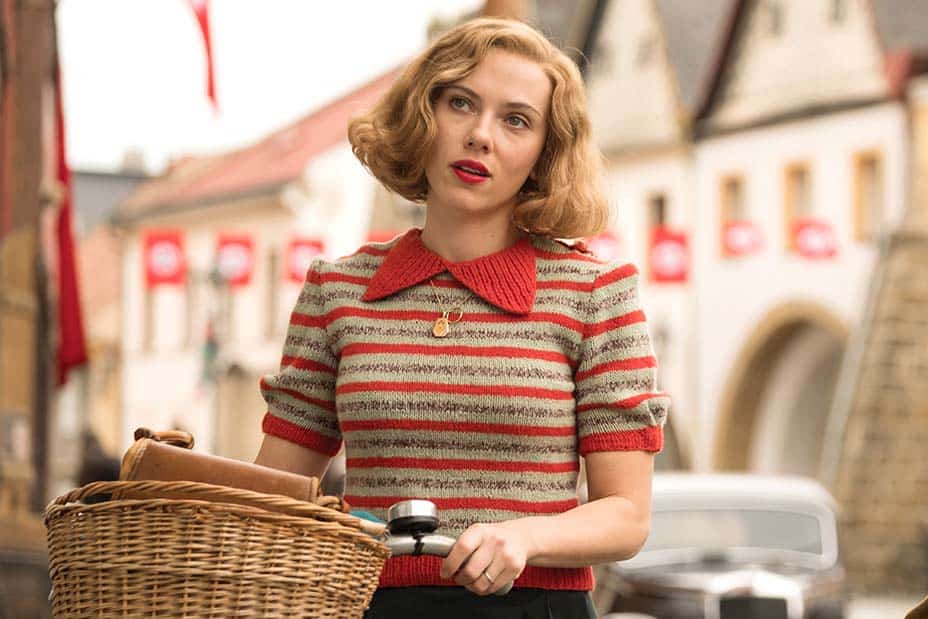 The relationships between these three characters are rendered with sublime beauty. Scarlett Johansson gives one of the finest performances of her career, essaying both strength and warmth. Thomasin McKenzie is an immensely watchable livewire and a gifted performer whom the camera loves. 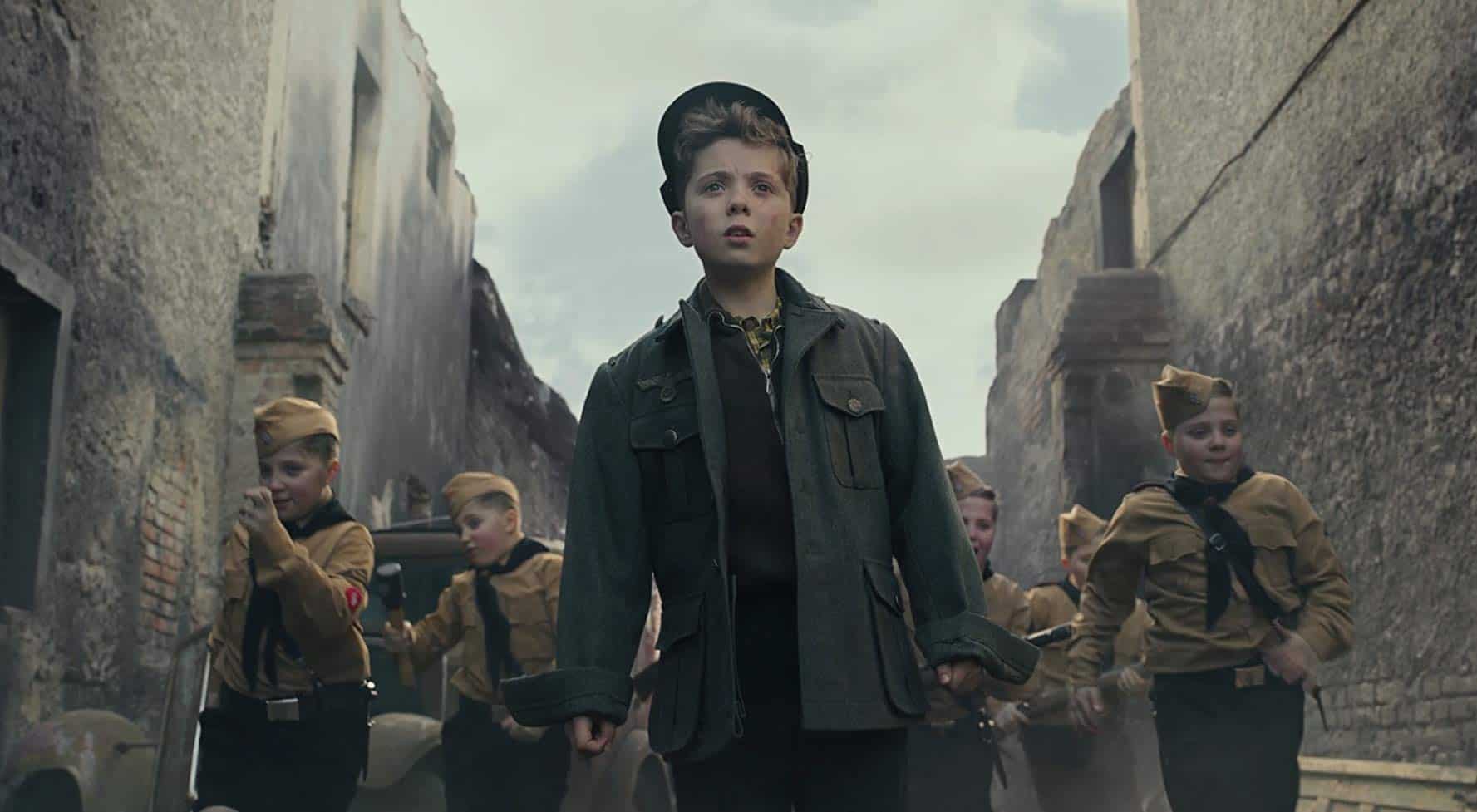 However, it is Roman Griffin Davis who does the most heavy lifting and who carries the movie. The character’s arc from being obsessed with all things Nazi and unquestioning of the party line to realising that maybe Jews don’t have tails and horns and aren’t so different than he is plays out in a credible way, despite the movie’s over the top touches.

Heil Myself: Taika Waititi’s portrayal of Hitler is buffoonish and amusing, but there’s also quite a bit of nuance to it. This isn’t Hitler the historical figure – this is a young boy’s idealised version of Hitler, part father figure, part best friend. This is Jiminy Cricket if he told Pinnochio to do the worst things. This distance gives Waititi the freedom to play a character that does not need to be historically accurate. Waititi deliberately did no research on the real Hitler. Waititi is a Polynesian Jew and said of someone with his heritage playing a version of Hitler, “what better f*** you to that guy?”.

Recommended? Absolutely. This is awards season fare that rises above the average ‘Oscar bait’ because of a daring yet sensitive approach to the material, and further highlights Taika Waititi’s many talents.