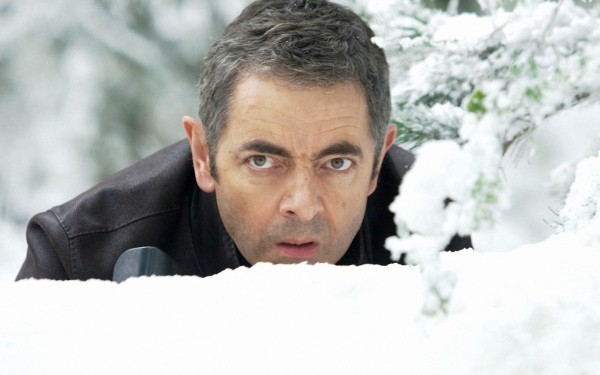 Yes, Atkinson is indeed returning in the title role of the improbable secret agent who knows no fear or danger. This time round, the most unlikely intelligence officer in Her Majesty`s Secret Service – who has been honing his unique skills in a remote region of Asia – must stop a group of international assassins before they eliminate a world leader (the Chinese premier) and cause global chaos.

It might not be such a bad idea after all the casino-themed spy-thriller thing worked out well for Daniel Craig`s Casino Royale, and Asia is booming, so why not combine both these aspects and spoof them? And with that, we see ourselves in the midst of a real casino, The Grand Lisboa, the Macau equivalent of Las Vegas` Caesars Palace, we think.

How`s the filming going so far?
It`s strange to talk about the film when you haven`t even finished filming it. We`ve done three quarters of it and I`m beginning to get a sense of, that basically it has gone well, the scenes seem to work and the jokes seem to work and that`s very encouraging. But the process of editing, which I tend to be involved in, is when you can make a whole new film, if you want you can make it completely different from the one you wrote, but we won`t try to do that. It`s a fascinating process, I find it more relaxing than making the film. The making of the film is a pain, I find it difficult and stressful. But I enjoy sitting in the room with writers, editors and directors. But the bit in between when you actually have to make it work, I find that very difficult so I`m pleased that that is about to end in 10 days  . 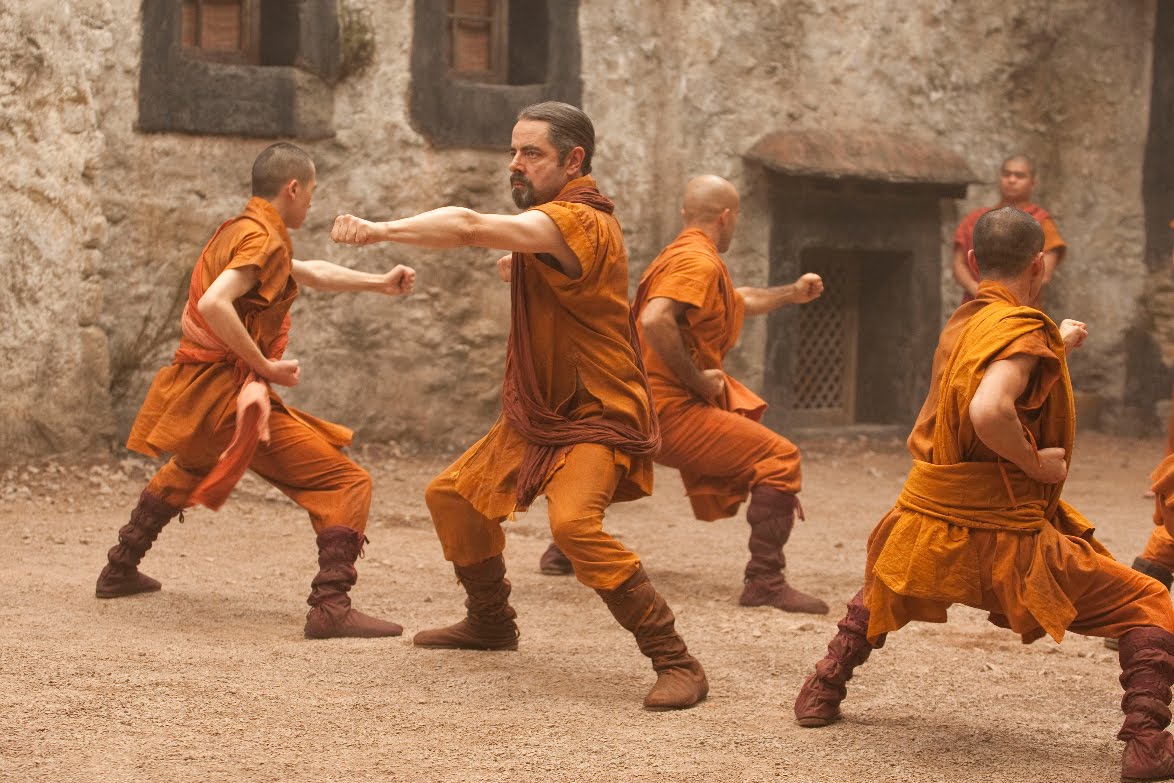 We understand that you have several stunts, including one where you run on Hong Kong`s roads. How was it for you, doing those stunts?
I tried not to do too much, but I had to do a little bit on a builder`s palette, on a crane which is crossing over a river in Hong Kong and I find that absolutely terrifying. I`m not good with heights. So the really scary stuff is done by my stunt double, but we have this fantastic guy named Williams Bell, a Parkour expert who did all the running and jumping on the roof in Hong Kong and he was absolutely terrific. He did one very big jump, I`m so glad he did it, not me. But there`s a lot more action in this film, there`s far more fighting and jumping.

Are you glad to return to this role?
Yes, I like the character, I think he`s funny. I like him because it`s funny that he`s vain and sort of decent actually, he`s a good-hearted man. I`ve never regarded Mr. Bean as a good-hearted man. He`s selfish and a natural-born anarchist and self-centered like a child. Johnny English is less child-like. But I like the fact that Johnny English is quite good at things, but the critical thing is that he`s not as good as he thinks he is. So that to me is what defines the character of Johnny English. He will jump the first five hurdles extremely well and on the sixth hurdle, he will be so busy looking at the crowd and waving and then he will fall and miss that hurdle and that`s where the comedy is, that you know it`s coming and you can see it coming. And as soon as you see him confident, you know that there`s trouble running around the corner.

How do you compare Johnny English and James Bond?
Well, we`re quite happy to make jokes about failure, and James Bond is never allowed to fail. He`s allowed to be a victim but never to be a failure. But something we tried to acknowledge and actually tried to make jokes about in this film is the fact that Johnny English is older. At the beginning, he`s in the Himalayas, in Tibet with some guru called Ting Wang and Ting Wang is teaching him about life, because our story starts at the very beginning when he was fired from his job in the British intelligence five years ago because of a big mistake he made in Mozambique, and so he sort of finds himself in Tibet. So yes, acknowledges age and Ting Wang teaches him that, “with age, comes wisdom”.
So we have a series of jokes actually on a roof in Hong Kong about the fact that if you think around your problem, you can make it more easy. So you know, there is this amazing guy who`s jumping from roof to roof, you just use a bit of wisdom to get from this roof to that roof without exerting yourself too much. So it`s that kind of jokes where the Parkour guy jumps over a 10-foot high fence without noticing that there`s a gate and Johnny just walks into the gate. And I think that there could be room for an older James Bond. I like the idea of James Bond at 85 or 75 and how will he face situations and deal with life at a very old age.

We heard you injured yourself while filming. How did that happen?
I pulled a muscle in my right calf while filming just before we left for Hong Kong. It was incredibly disabling and in theory you shouldn`t be doing anything for three weeks and we had to be filming in five days. It was only some very good physiotherapist who we brought with us who enabled me to recover up to 85 percent. It was very difficult but a lot of things we did in Hong Kong was action.

Are you involved or do you contribute any ideas in making the movie, especially with regards to the comedy element?
Yes, I`m very much involved in the script. I don`t claim to be a writer but I sort of guide the writing process so I sit in with all the writers` meetings and we throw in ideas, myself and the director. We are the core script people and I suppose my job is to be sympathetic to the character, the expert about what the character should and shouldn`t do, what makes him funny and what isn`t funny about him, and all that. So you know, that way I can guide the writing process.

How does it feel to be one of the most recognisable faces in the British film industry?
I don`t know. I don`t travel very much. As I`m in Macau, it`s more surprising for people to see you. If people see me in London, they`re not surprised cos that`s where I`m from and that`s the kind of place that you would expect me to be but they don`t expect me to be in Macau or Hong Kong. I`m like an exhausted bird that was flown in and hasn`t been seen for fifty years.

How`s the collaboration with Gillian Anderson?
It`s been good, she`s very great. I think it`s always difficult for actors and actresses who are used to serious work to get involved in comedy work. The strange thing is it`s the same job, really. And sometimes they think it`s a different job. Sometimes they think it`s about being funny when actually, quite often, it`s not. Gillian Anderson is a very good, very serious actress and we wanted that, we wanted gravity. And what Johnny does is an amusing contrast to this very serious context that we put in. Which is why we wanted people who are very good rather than comedy performers. But still, it takes a bit of adapting.

Who is your favourite comedian?
I love Mike Myers. I love the Austin Powers movies, I find them very funny. And our challenge is to try to do something completely different from what they do. Or at least do it in a different tone because, in theory, we`re in the same area. You know, we`re doing spy spoofs and we`ve got to be sure that we`re doing a different kind of thing. I think one of the first Austin Powers movies came out about the same time the first Johnny English movie did and we were so worried. But I think the tone is completely different. And something we`re trying to do in this second film is to make the story better, to give a more comedy-thiller feel, so you get to be more interested to know what happens next which is not always the case, I`m not sure with Austin Powers if you need to know what happens next. Whereas I think with us, there`s a plot going on that you`ve got to follow.