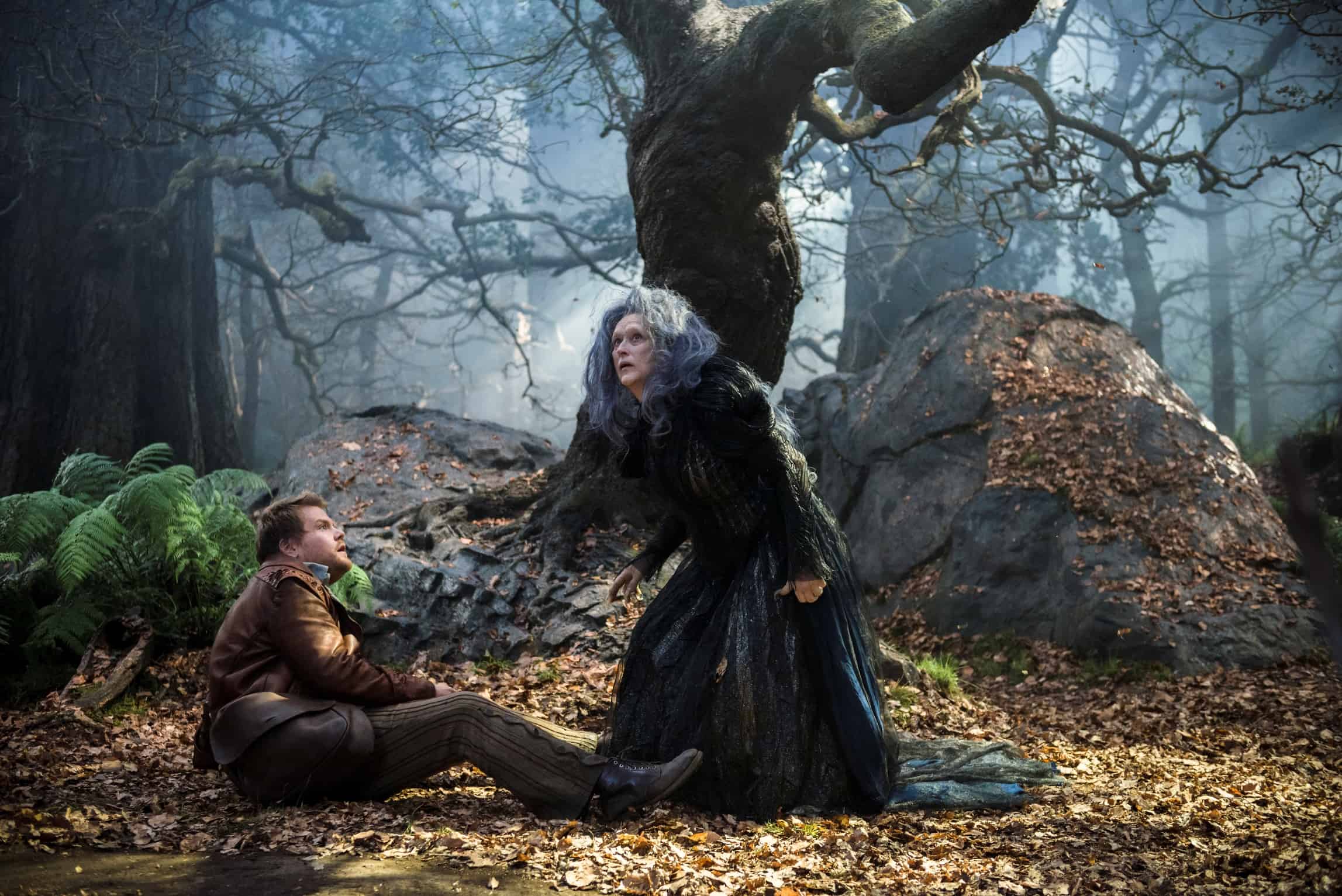 In case you weren’t already aware, Disney’s upcoming fantasy epic Into The Woods is actually a full-fledged musical, based on one of acclaimed composer Stephen Sondheim’s most popular scores. (He also wrote Sweeney Todd, which was turned into a film starring Johnny Depp and Helena Bonham Carter in 2007). News has since emerged that the one new song Sondheim added to the film – to be sung by Meryl Streep, no less! – has been cut, but never fear: there are still plenty of other wonderful tunes folded into Sondheim’s score that were reportedly sung live on set when the film was shooting. 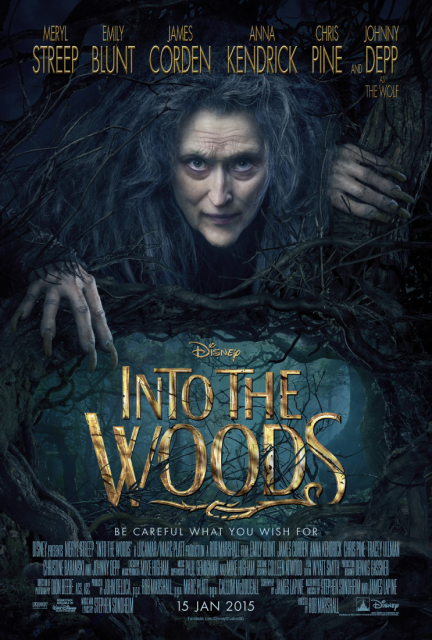 Under the direction of Rob Marshall, Into The Woods will take a darker, more grown-up look at the fairy tales that are so familiar to us all. As we head into the deep, dark forest, we will meet the tale’s possibly evil Witch (played by Streep), as well as Cinderella (Anna Kendrick), the Big Bad Wolf (Johnny Depp), Prince Charming (Chris Pine) and Rapunzel (Mackenzie Mauzy). James Corden and Emily Blunt are also on board as the Baker and his Wife, who must confront the Witch to lift a curse that has kept them from having children.