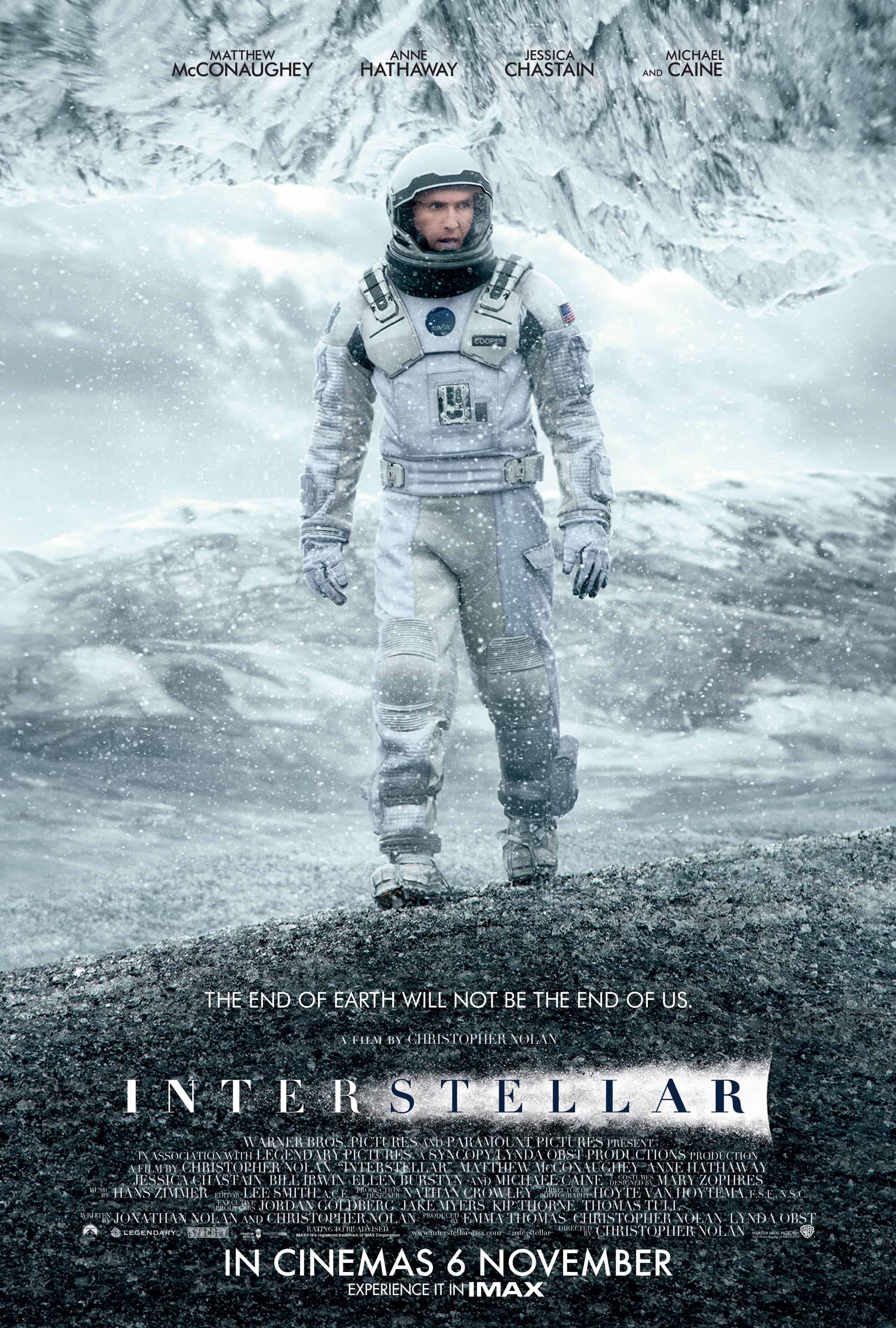 Following the conclusion of the Dark Knight trilogy, director Christopher Nolan could only head in one direction – up. Way up. In this sci-fi adventure, we journey into the cosmic unknown with engineer Cooper (McConaughey). It is the near-future and with most of its natural resources depleted, earth is dying. NASA scientist Dr. Brand (Caine) ropes in Cooper to embark on a mission through a wormhole in search of a new planet to call home on the other side. Rounding out the crew are Romilly (David Gyasi), Doyle (Wes Bentley) and Brand’s own daughter Amelia (Hathaway). Cooper leaves behind his teenage son Tom (Timothée Chalamet) and young daughter Murph (Foy). Because of the time slippage that results from being near a black hole, Cooper stays the same age while his children back home grow older. The now-adult Murph (Chastain) holds out hope that her father will return home as the situation on earth worsens. 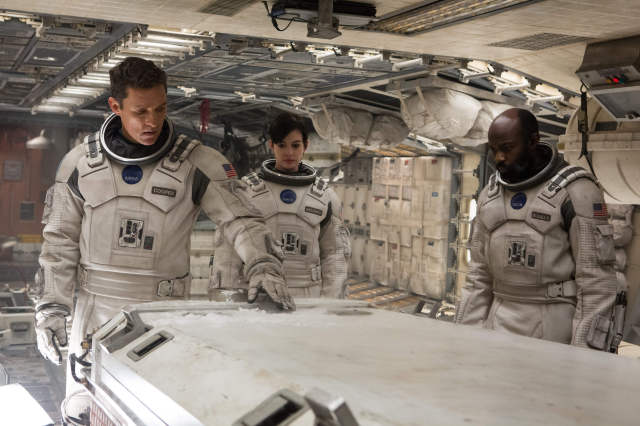 The marriage of heart-tugging sentiment and awe-inspiring sci-fi spectacle in Interstellar brings the work of director Steven Spielberg to mind. Indeed, Spielberg was attached to the film in its early stages, with Jonathan Nolan hired to write the screenplay. Eventually, Jonathan’s brother Christopher came on board to rewrite the script and direct. Just as we’ve come to expect from the director, big ideas are tackled in grand fashion. Going to see a movie in the theatre isn’t quite the event it used to be and sure, big-budget blockbusters are a dime a dozen, but Nolan seems keen on delivering a true film-going experience. Shot and finished on film as per his insistence, this is quite a visual feast on the giant IMAX screen, enhanced by theatre-shaking sound effects and Hans Zimmer’s ethereal, techno-tinged score. 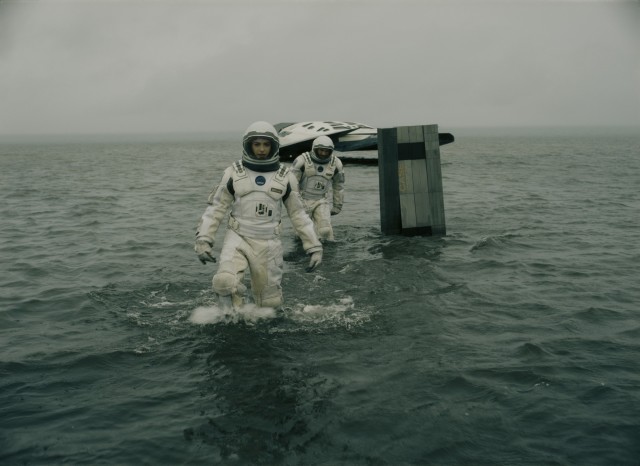 Of course, just as Spielberg’s work is often decried as schmaltzy, more cynical viewers might be unmoved despite the best efforts of Nolan and his cast. There are moments when the seams are visible and the film strains under the weight of its ambition to appeal to both heart and mind. The line “love is the one thing we’re capable of perceiving that transcends the dimensions of time and space” could be described as “hokey”. Nolan does make full use of the anguish inherent in the idea of time passing faster for one party than the other, having played with the concept differently in Inception. Interstellar attempts to explore the themes of how tenacity and the survival instinct in mankind might be a two-edged sword when push comes to shove. Interstellar is inspired by the work of theoretical physicist Kip Thorne, who is the technical consultant and an executive producer on the film (and for whom one of the robots in the movie, KIPP, is presumably named). The film does feel well-researched and credible and once it inevitably enters metaphysical territory, suspension of disbelief has been well and truly earned. 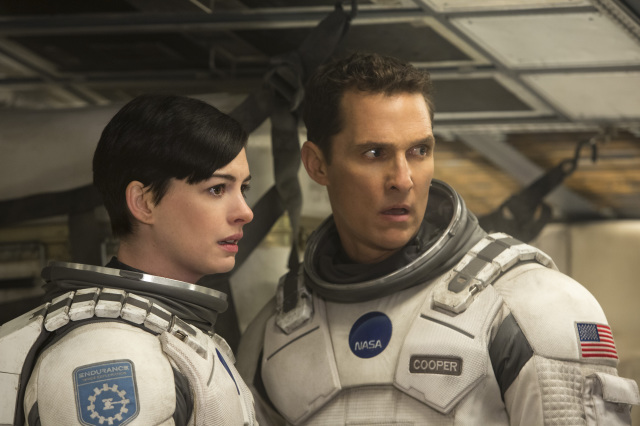 Fresh off his Oscar win for Dallas Buyers Club and having broken free from rom-com purgatory, Matthew McConaughey makes an appealing leading man here. Cooper has his eyes towards the stars, refusing to be bound by the mundane despite what society dictates. The scenes McConaughey shares with Mackenzie Foy are sufficiently touching. Any other film would have an obligatory shoehorned-in romantic subplot between Cooper and Anne Hathaway’s Amelia Brand, but that’s not the case here, with Cooper’s arc driven by his desire to return home to see his children while time keeps on slipping. Unfortunately, the emphasis on the emotional core of the movie is at the expense of meaningful character development for the crew of the space mission. The grown-up Murph is still angry at her father for seemingly abandoning her but this is only because she misses him so, something Chastain conveys effectively. We never thought a comic relief robot would show up in a Christopher Nolan movie, but here we have the garrulous TARS, entertainingly voiced by comedian, clown and character actor Bill Irwin. 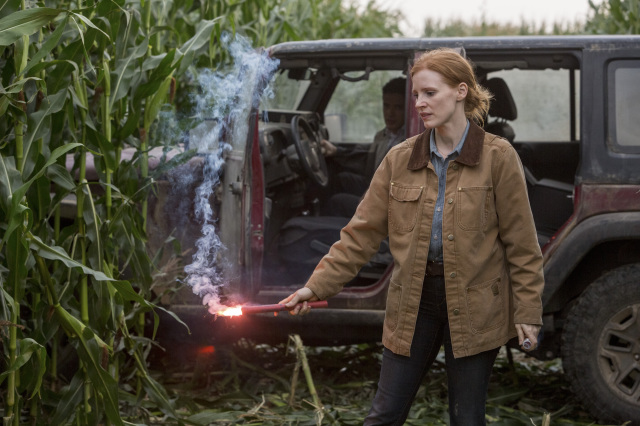 Nolan has made no secret of being inspired by Stanley Kubrick’s seminal 2001: A Space Odyssey, and that film’s influence is very much evident here. It would be an injustice to call Interstellar a “rip-off” because of the care taken in realising the film, the photo-realistic visual effects work supervised by Paul Franklin of Double Negative particularly impressive and a shoo-in for the Oscar. As is his style, Nolan played his cards close to his chest, keeping the production secretive and while there are a few great surprises, Interstellar feels more familiar than one might expect. Perhaps this familiarity makes the sweeping epic with its wormholes and spacecraft that much more accessible. 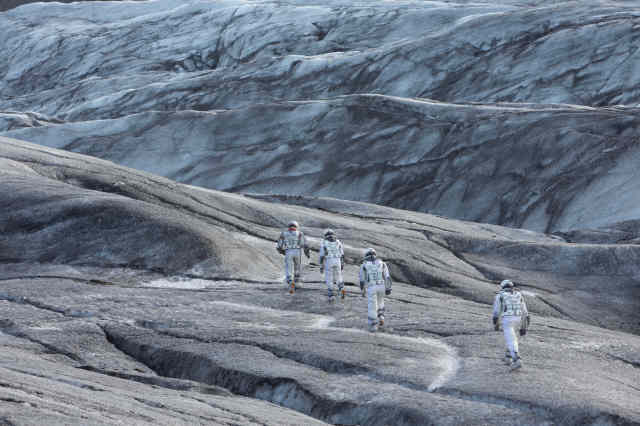 Summary: Interstellar is a thrilling, moving sci-fi adventure and while the end result isn’t as earth-shatteringly profound as the filmmakers probably intended, it’s still a superb movie-going experience.