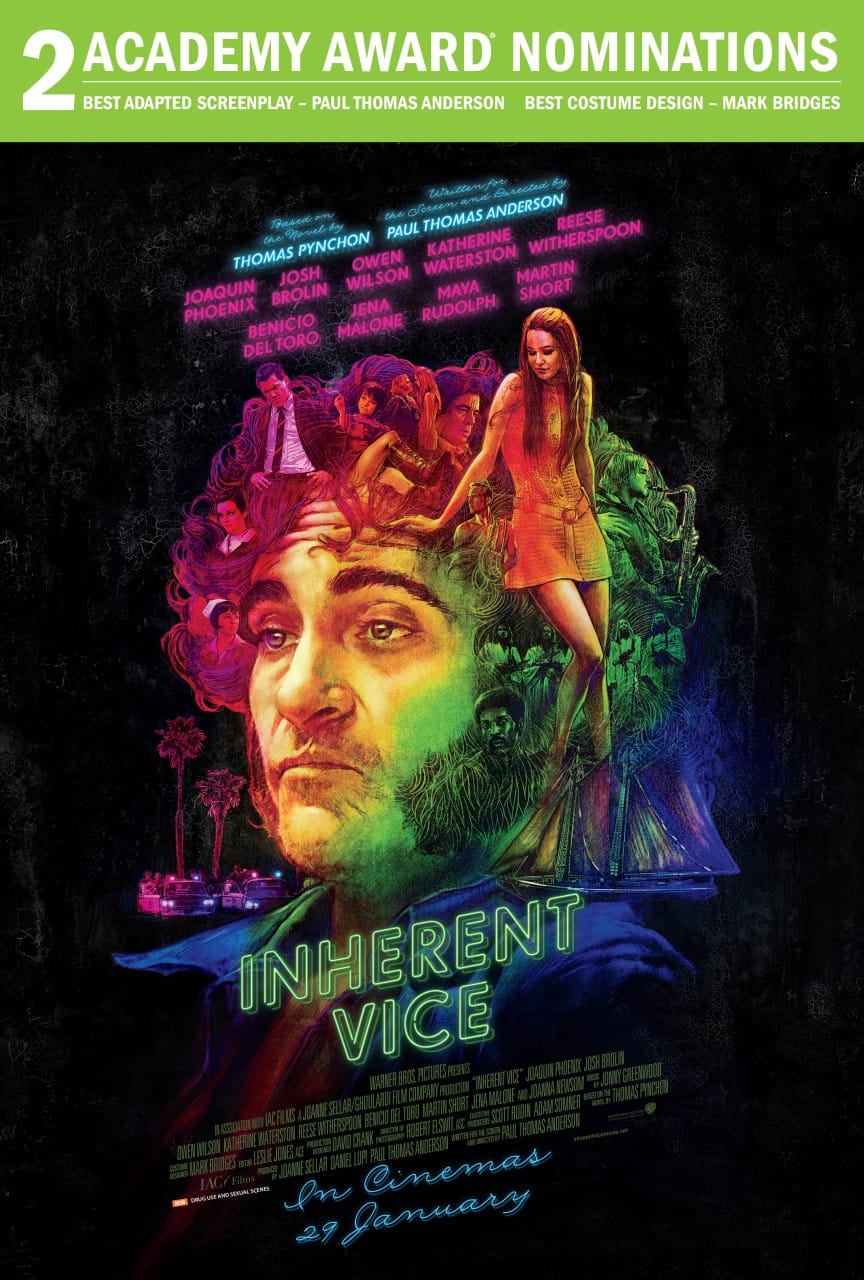 There’s something to be said for movies that refuse to make things easy for the viewer – films that almost proudly meander through their plots, focused more on capturing character, atmosphere and ideas than spoon-feeding audiences brought up on a steady diet of predictable blockbusters. That is, of course, precisely the kind of work writer-director Paul Thomas Anderson produces. His latest film, Inherent Vice, is no exception. As usual, it’s a complicated, complex beast of a film that defies description and categorisation. But, occasional bursts of brilliance aside, it’s hard to shake the feeling that, this time around, Anderson has taken one left turn too many – leaving his behemoth of a film truly accessible to only his most devoted loyalists. 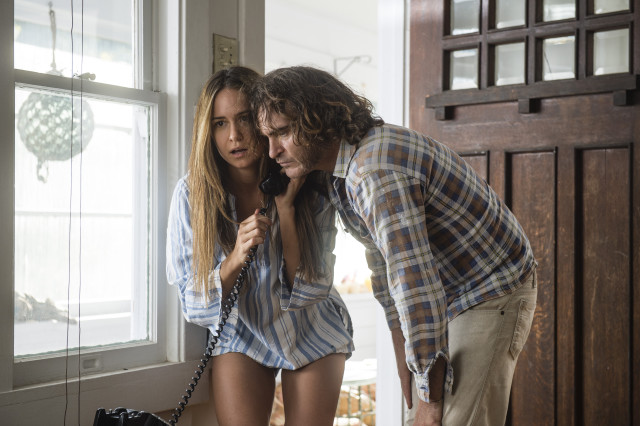 In the haze and smoke of a drug-fuelled Los Angeles, way back in 1970, private investigator Doc (Phoenix) finds himself dragged into a number of confounding mysteries. Shasta (Waterston), a former flame, begs him for help: Mickey Wolfmann (Eric Roberts), her current lover, has vanished, possibly committed to a mental asylum against his will. As Doc pries into the nebulous facts of the matter, he clashes frequently with ‘Bigfoot’ Bjornsen (Brolin), the cop assigned to the case. Doc also stumbles upon another mystery: grieving widow Hope (Jena Malone) is convinced that Coy (Wilson), her musician husband, isn’t really dead. As Doc soon discovers, Coy might very well hold the key to resolving Shasta’s dilemma. 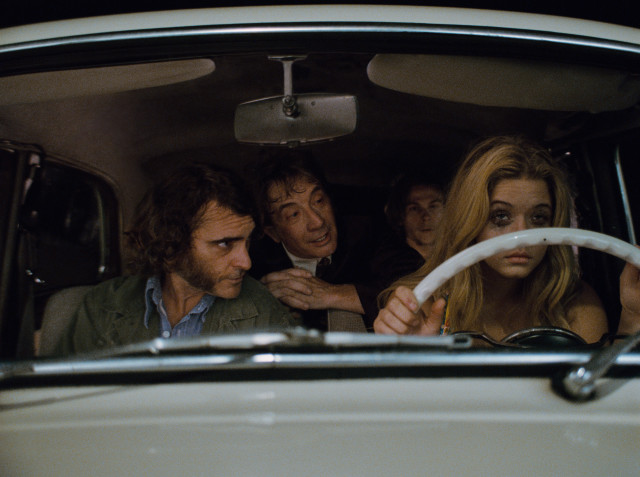 That may sound like a fairly simple plot, but anyone familiar with Anderson’s films – and the labyrinthine Thomas Pynchon novel upon which Inherent Vice is based – should know not to take anything at face value. Indeed, Anderson’s latest effort is more an exercise in mood than method. Its tale loops in and around itself, plot points disappearing into the ether as quickly as new ones emerge – none of which is necessarily resolved in a conventional way. Just as Doc wanders through his investigations in a cheerful marijuana-induced haze, so too is the film peppered with bursts of chaos and lapses in logic. It’s a heady, compelling experience, to be sure, but also a curiously disengaging one that occasionally makes an ordeal out of its hefty two-and-a-half-hour running time. 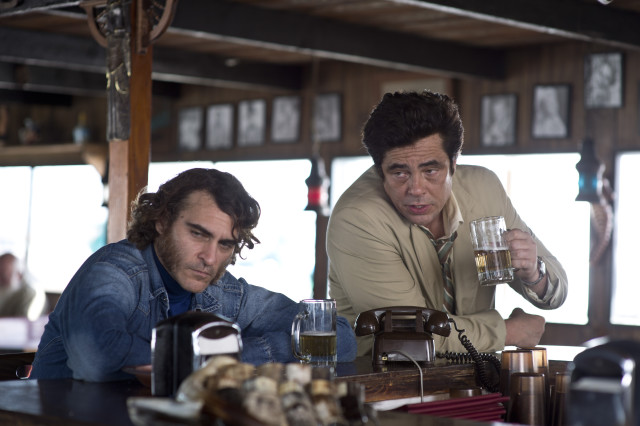 Surprisingly, given Anderson’s penchant for dark, rich character studies, Inherent Vice plays far better as a comedy. He takes an almost gleeful delight in plunging Doc into ever more peculiar situations, surrounding him with characters sporting odd names and even odder motives. It’s here that the eclectic supporting cast springs into action: Benicio del Toro oozes obfuscation as attorney Sauncho Smilax, and Martin Short delivers a deliciously barmy performance as horny dentist Rudy Blatnoyd. There’s a particularly silly electricity to the byplay between Phoenix and Brolin, too, as Bigfoot – screaming in pancake houses and stringing Doc up as the culprit behind Mickey’s disappearance – does his very best to confound Doc’s efforts at every turn. 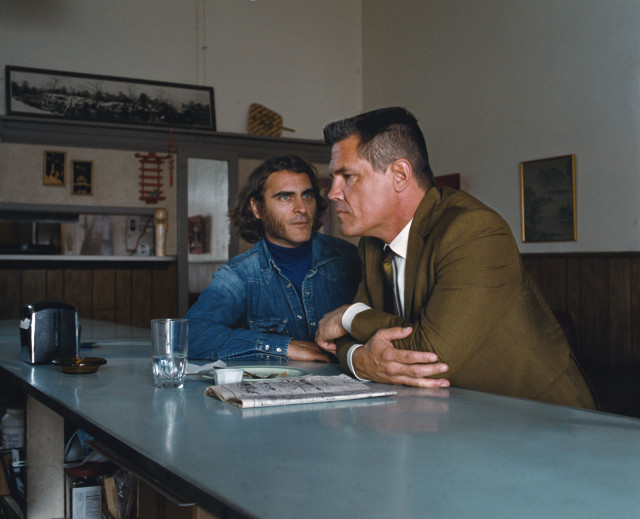 Whenever the film threatens to meander away from its point (which is most of the time), Phoenix holds it all together. It may not be as outwardly transformative a part as he played in The Master, but is arguably more challenging for the dreamy elusiveness of his character’s emotional trajectory. Phoenix hits all the right notes, even when the film doesn’t – he finds an odd quirk of humanity in Doc’s determination to help Shasta, an opaque femme fatale of a character (with one devastatingly and literally revealing scene), but also remains just the right touch of befuddled when the case spirals out of his control. 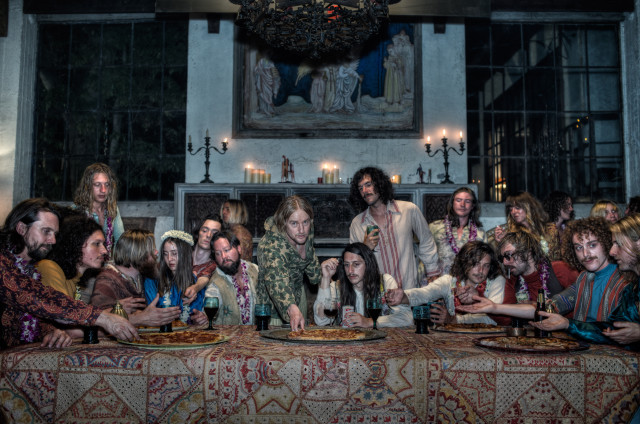 Not many films manage to be intriguing and off-putting all at once, but Anderson pulls it off with Inherent Vice. The plot is left deliberately incomprehensible, propped up by outlandish twists involving drug cartels, secret cults and neo-Nazis. Logic is, more often than not, a secondary consideration. But the film is also a strangely effective look at a bygone era, served up with seductive slabs of Pynchon’s difficult prose and an irresistible soundtrack of folk rock. The final product can’t really be called a success – it’s too languid and peculiar for that – but it does boast quite a bit of oddball charm in its funnier, more surreal moments. 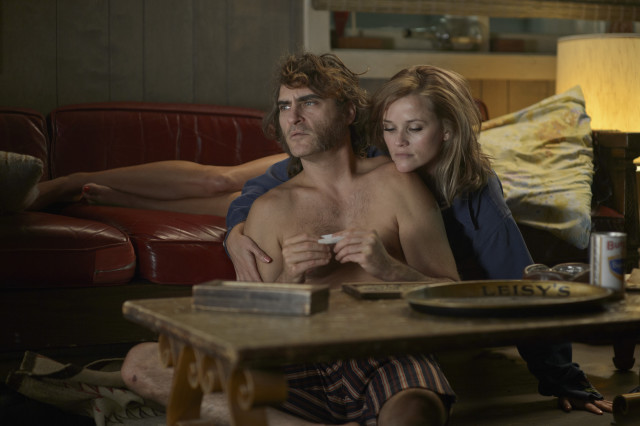 Summary: Languid, illogical and uber-weird, but not without its own surreal charm.