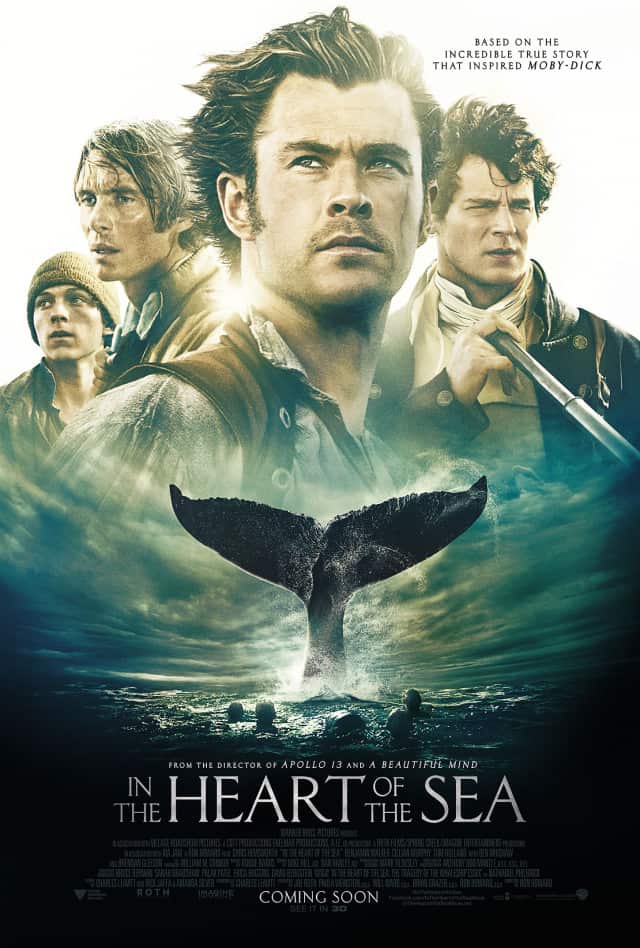 Pull up a chair, because director Ron Howard’s got a whale of a tale to tell you lads, a whale of a tale or two. Author Herman Melville (Whishaw) travels to Nantucket Island, Massachusetts to interview innkeeper Thomas Nickerson (Gleeson), in order to research the novel Moby-Dick. At age 14, Nickerson (Holland) was a cabin boy aboard the whaleship Essex, sailing with Captain George Pollard, Jr. (Walker), First Mate Owen Chase (Hemsworth) and Second Mate Matthew Joy (Murphy). It is the year 1820 and whale blubber is a valuable commodity for its use as fuel. While off the South American coast, the Essex is rammed by a bull sperm whale and sinks, stranding its crew at sea. Nickerson recounts the harrowing events to Melville, confronting dark memories of starvation, madness and survival, during which the crew drew lots to determine who would be killed and eaten for the others to live. 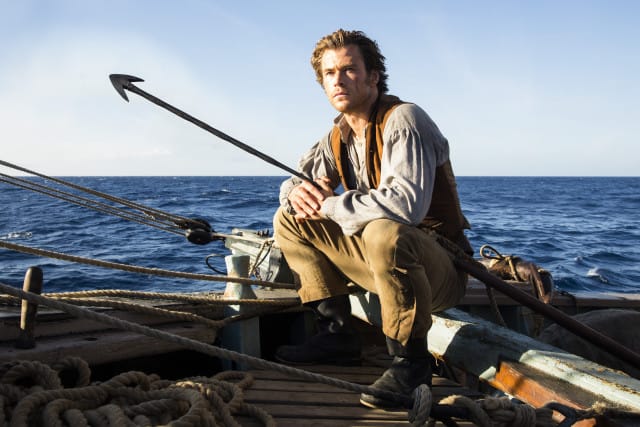 In the Heart of the Sea is based on Nathaniel Philbrick’s 2000 non-fiction book of the same name. The film was originally set for release in March this year, but was pushed back to December presumably for awards season consideration. The true story seems like it has all the makings of a gripping film, but while the end result is competently executed, it fails to be truly thrilling or moving. By now, audiences know what to expect from a survival at sea drama – the elements will be braved, there will be desperate situations, the crew will be at each other’s throats, the survivors will have to band together to stay alive and so on. In the Heart of the Sea hopes to offer something different in the form of the whale, but there is very little of the film in which the crew of the Essex actually face off against their Cetecean nemesis. 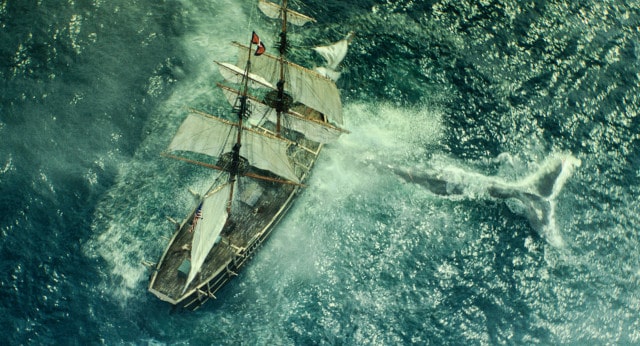 This is a film about extremes that often plays it very safe, even with the depiction of cannibalism. There are times when In the Heart of the Sea comes across like it’s trying to emulate a prestigious British costume drama epic and while effort is made to capture the whaleship setting and time period, the film never quite attains the desired level of authenticity. Because of the way the framing device is set up, with the middle-aged Nickerson reluctantly telling Melville about the events he braved in his youth aboard the Essex, there is a significant amount of exposition. It feels like we have to wade through the history to get to the exciting bits, as opposed to being actually invested in these characters and caring about what happens to them. 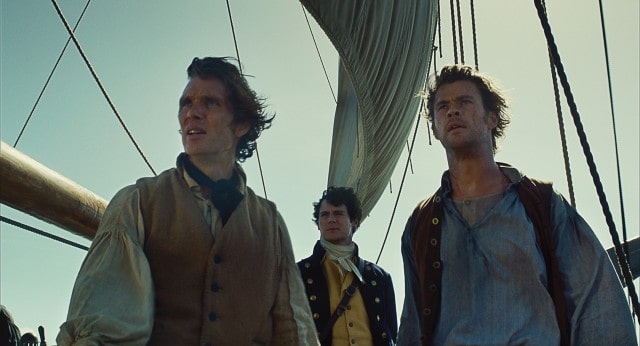 The cast take the material very seriously and while this is not a poorly acted film, there isn’t quite enough personality to each of the historical figures. There is conflict between Captain George Pollard, Jr. and First Mate Owen Chase, because Chase was promised the captaincy but Pollard got the position through his family connections. The two men eventually come to an understanding, but given the circumstances, their interaction should be more riveting than this. Hemsworth, reuniting with his Rush director, famously went on a diet of 500 calories a day to portray the starving sailor. Bidding farewell to all that muscle must be like sending a firstborn child off to college. Hemsworth’s Chase is the hero who looks out for his men, a very straight-forward role. Walker is often quite bland opposite him and even though he’s playing the captain, there are moments when this reviewer almost forgot he existed. 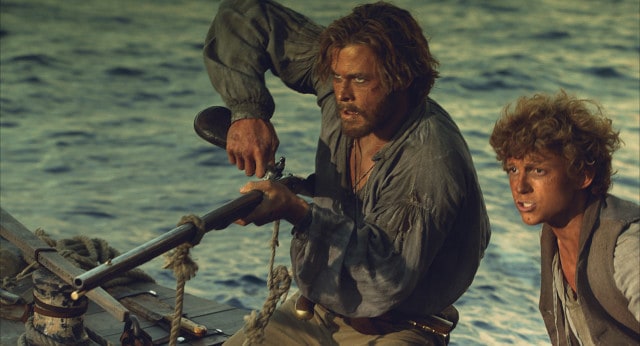 Murphy’s usual magnetism and subtle unpredictability are all but absent from his turn as Second Mate Matthew Joy, and given how the story is told from Nickerson’s point of view, we expected Holland to be given more emotional beats to play. The sequence in which the Essex goes down in flames after it is struck by the enraged whale is excitingly staged, but most of the drama is predictable and the film stops short of being truly immersive. There are also scenes depicting baby whales in the pod, and one can’t help but side with the whales at times. Sure, the whalers are doing their job and we don’t mean to get all Greenpeace, but at the end of the day, this is a movie in which our heroes are killing animals that wouldn’t bother them if they didn’t get all up in their business. This reviewer never really felt like he was stranded alongside the crew of the Essex and the detachedness is what ultimately lets In the Heart of the Sea down. 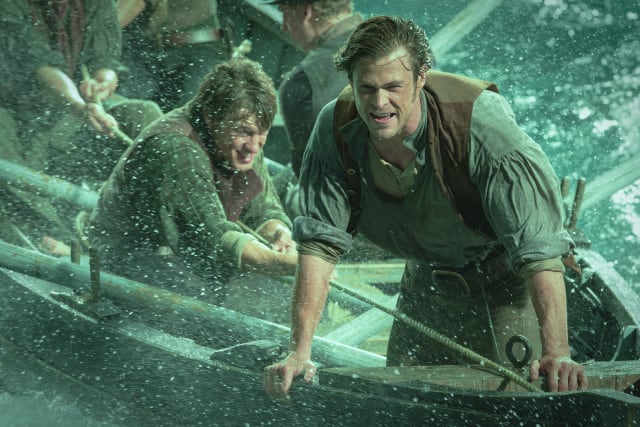 Summary: What should be an epic adventure is mostly dull and doesn’t offer anything drastically different from other survival at sea films.