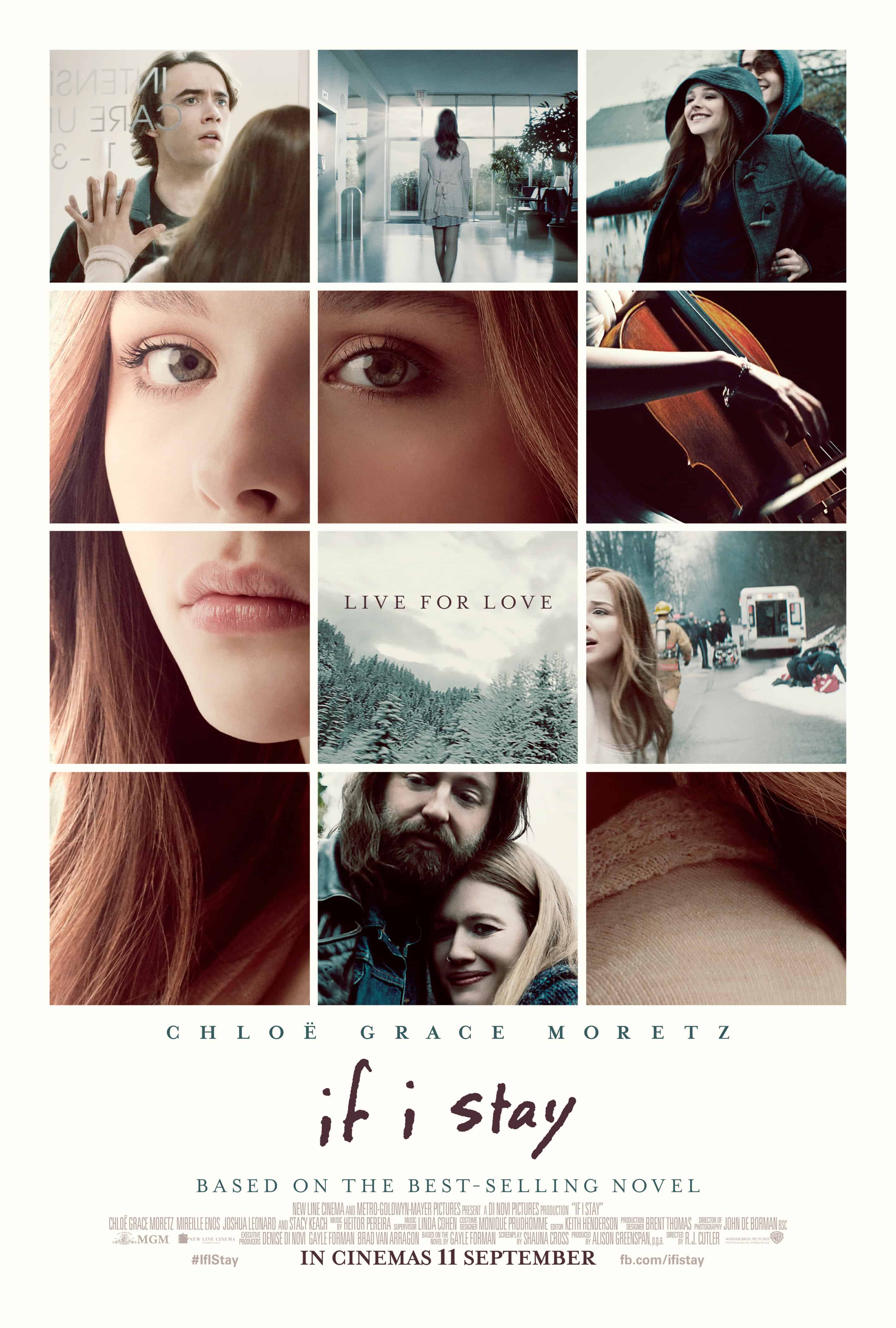 There’s a genre of movie for every mood – comedies to make you laugh, horror flicks to give you the heebie-jeebies, and weepies to make you cry until your eyes hurt. If I Stay, of course, belongs to the last category, alongside films like The Notebook and The Bridges Of Madison County. At their best, such movies strike right at the heart, finding something devastatingly truthful to say about the tragedy of the human condition. At their worst, they wallow in undercooked melodrama, wringing tears by brute force rather than gentle persuasion. If I Stay hovers uncomfortably in the middle, a first-rate tearjerker with some third-rate narrative twists. 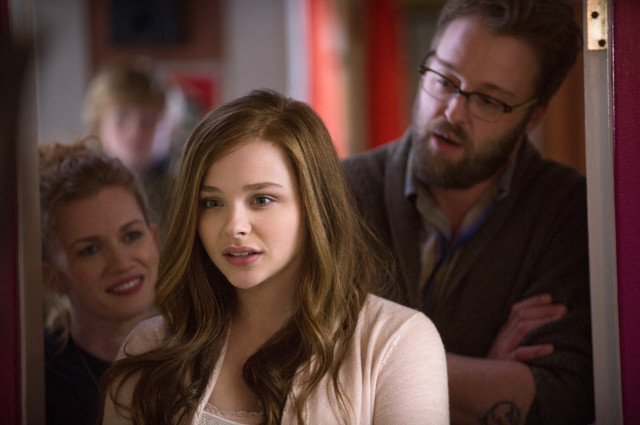 Mia Hall (Moretz) is the oddball in her family: obsessed with her cello and classical music, she can’t imagine how her super-chill, hard-rockin’ parents – dad Denny (Leonard) and mom Kat (Enos) – could ever have produced someone like her. One perfectly ordinary snow day, her entire family, including little brother Teddy (Jakob Davies), gets in the car for a fateful drive that will change her life forever. Suddenly, Mia finds herself wandering through the broken remnants and memories of her life, as her body lies torn and tattered in a hospital. Teetering quite literally between life and death, she revisits her romance with budding rock-star Adam (Blackley), and watches as her grandparents (Stacy Keach and Gabrielle Rose) and best friend Kim (Liana Liberato) wait in breathless, heartbreaking anticipation for her to wake up from her coma. 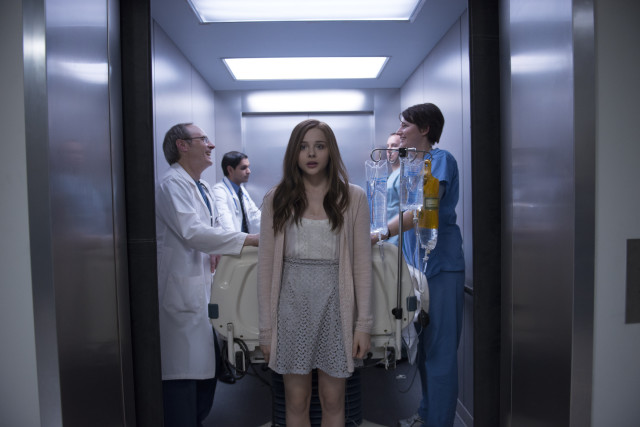 There’s a tantalising question in the film’s title – what is there left for Mia if she chooses to stay, to live? Unfortunately, the answer to that question is tangled up rather uncomfortably in Mia’s relationship with Adam, which is flushed with the heat of first love. The romance makes sense, more or less, but for every genuinely sweet moment (Adam coming up with an interesting idea to decorate Mia’s room), there’s another that’s either cloying or clunkily written. The weight of their love frequently relies on silly, cheesy proclamations, and it’s hard to tie it into the kind of soul-defining connection that we’re supposed to believe might keep Mia tied to the world of the living. 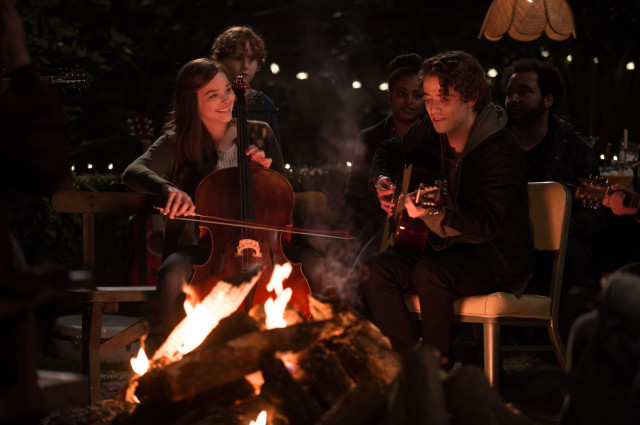 Far more effective is the lively, heartwarming dynamic within Mia’s family: the film feels stronger, and the tears it elicits more real, when we delve into Hall history. We find out how Denny came to have the strength to give up being in a rock band; and we watch, hearts in our mouths, as Kat gives her daughter some invaluable life advice as they wash dishes at the kitchen sink. Keach’s Gramps, by the way, will shatter your heart and tear ducts when he sits by his granddaughter’s bedside, wanting her to live but not wanting her to suffer. It’s a shame that this part of Mia’s life winds up taking a back-seat to her love story – all-encompassing as it understandably is. 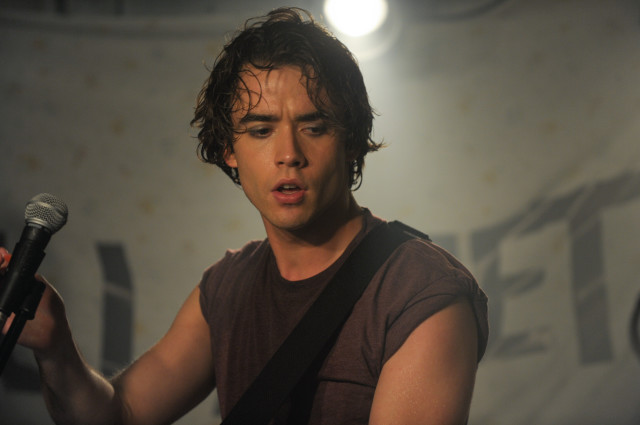 The cast is better than the film strictly deserves. Blackley has enough charisma to hold it together when his character swerves swiftly from mature to childish. Enos and Leonard are wonderful as Mia’s parents, skulking after her to demand that she have fun instead of keeping to her invented curfew. But this is really Moretz’s film, and she carries it with a great deal of grace. Even when she’s called upon to rend her garments and clutch her face in despair, the camera swirling (melo)dramatically around her, she emerges with dignity intact. She lends If I Stay the credibility to power through its more poorly-crafted moments.

If it’s a full-blown weepie you’re looking for, quality be damned, If I Stay will hit the proverbial spot. Even though its plotting and execution never quite works in the way it’s meant to, this film is pretty much constructed to drag the tears out of you – and that it will do, come hell or high water. But, if you’re looking for a finely-crafted drama with deep insights into the tragedy of life and the joy of death (and vice versa), you’re more likely than not to be frustrated by If I Stay, which spends too much time in the realm of teen romance and too little exploring the rich, far more affecting family drama at its heart.

Summary: A guaranteed weepie that, in trying to tell its love story, loses sight of its profound family tragedy.