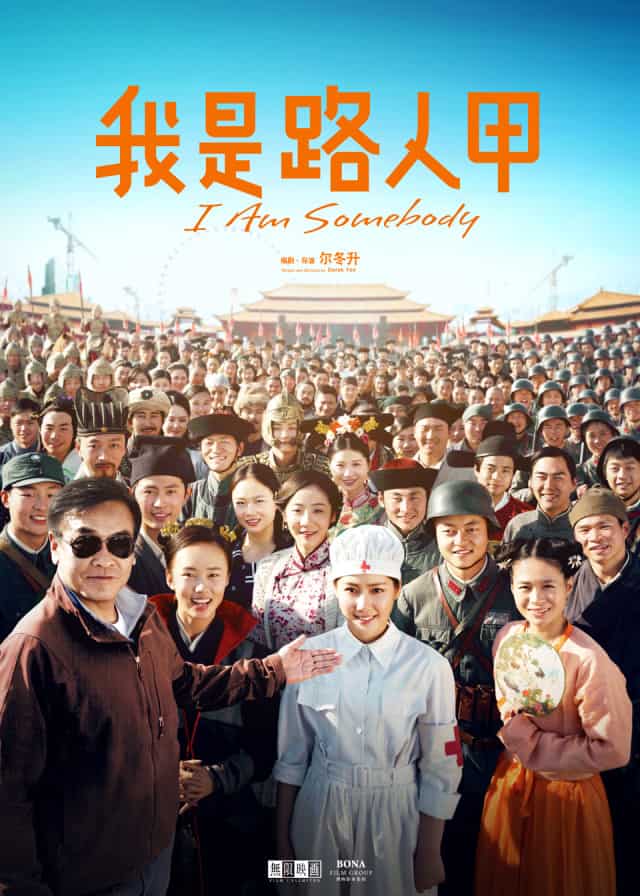 The bright lights of Tinseltown always seem to conceal an underbelly seething with shady producers, mercenary movie executives and broken dreams, but once in a while, something comes along to remind us plebeians that some of that movie magic is actually real. I am Somebody, which celebrates the lives and talents of movie extras, is just such a something. 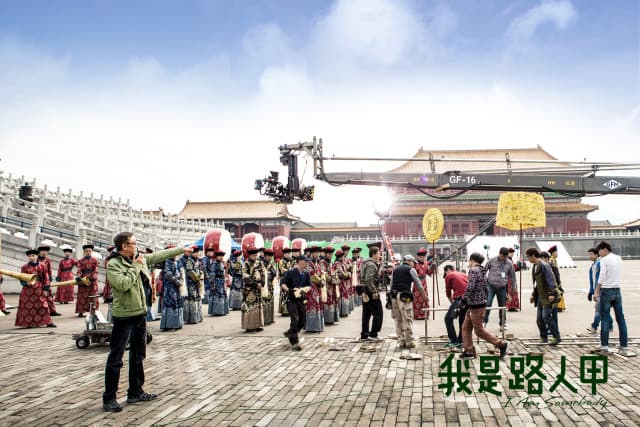 Written, conceptualised and helmed by acclaimed director Derek Yee, I am Somebody tracks the lives of a group of young people chasing their acting dreams at Hengdian World Studios in China. The sheer number of extras required for the numerous group scenes filmed at Hengdian has created a whole new class of itinerant odd-jobbers: the Hengpiao, or Hengdian nomads. The everyday lives of these movie extras form the narrative backbone of the film, as audiences get to share in their hopes, worries, joys and sorrows.

If what you’ve just read doesn’t seem like much of a plot summary, that’s because the plot is secondary to the heady spell of hope and empowerment that I am Somebody weaves. The most remarkable thing about the film is its unheralded cast: each cast member is an actual extra at Hengdian playing a character with the same name as their own. And what a performance each of them gives. I am Somebody is by no means a documentary (its narrative threads are pure fiction), which makes it all the more incredible that these unpolished gems are able to deliver performances as unaffected and natural as they have. It’s as if, given the opportunity of a lifetime, the extras have poured their very souls into their roles. Certainly, nobody even comes close to the level of, say, Francis Ng or Carina Lau, but it does make you wonder why no director before Yee has ever struck upon the idea to mine for fresh talent amongst his or her crop of extras.

The young chap who plays the male lead is a real find in particular, and it’s not hard to picture Yee gloating like a prospector who has literally struck gold. He has a kind of offbeat, dorky charm that’s missing from the vast majority of today’s pretty young things and you’ll find yourself rooting for his character even after the plot recedes into slightly overwrought melodrama. Believe this reviewer when he says that you’d do well to remember the lead actor’s name. This is one extra who isn’t going to remain as one for long.

(And yes, we’re leaving out his name on purpose so you can have the pleasure of discovering it for yourself.)

The rest of the cast is no slouch either, with some being so physically blessed that it’s difficult to imagine how they went unnoticed and others making up for their shortfall in the looks department by pure zeal and passion in their craft. While the film does tend to sentimentalise the life of an extra a little, it doesn’t hold back from portraying the grueling conditions that extras have to put up with on set, the worst of which could give the Singapore Armed Forces a run for its field camp money. Director Yee also does a good job of weaving multiple character arcs together, proving he hasn’t lost the mojo responsible for his masterpiece One Nite in Mongkok.

Oh yes, and did we mention that there are celebrity cameos galore? Yee makes full use of his extensive connections to rope in colleagues and former collaborators who rank among the brightest stars in Hong Kong and Mainland Chinese cinema. Yee himself makes a rare appearance in front of the camera in a meta film-within-a-film scene to crowd-pleasing effect.

It’s true that Yee could have used a more realistic approach in depicting the everyday lives of movie extras, but it’s hard to begrudge the man his bit of movie magic, especially when the result is so uplifting and sincere. In an era where the casting couch is still very much a fact of life and vapid, plastic starlets are able to sleep their way to the top, the cast of I am Somebody is a breath of fresh air. May the underdogs continue to rise up.

Summary: You’ll definitely be paying much more attention to those random people in the cinematic backdrop after watching this.