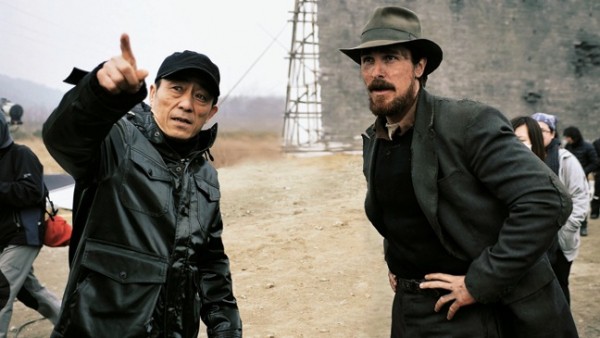 The movie, produced by Zhang Weiping under his New Picture Film Co. banner with backing from a loan by Minsheng Bank, is clearly hoping Hollywood firepower will lure Western moviegoers to the multiplex in ways usually reserved for martial arts pictures such as Zhang`s House of Flying Daggers and Hero.

â€œChristian Bale is completely recognizable, and it will help excite people about the movie, says Glen Basner, CEO of FilmNation Entertainment, which is repping the film internationally. â€œBut I think it goes far beyond just him. While he`s a great star, and while you have a world-renowned director, Nanking is much more relatable than movies that have come out of China in the past.

Beyond the box office, the filmmakers have their sights on awards-season glory. In another first for a Chinese production, international PR will be handled by Los Angeles and London-based firm DDA, which has a long history working on Asian titles like the John Woo-produced Reign of Assassins. Add New York-based sales company FilmNation`s involvement, and Nanking begins to look like the type of East-West hybrid that could be a game-changer in the tenuous courtship between Hollywood and China.

â€œThe growth in the Chinese market is undeniable, says Dana Archer, senior vp at DDA. â€œThe next step is for the Chinese to increase collaborations with Hollywood, and in turn for Hollywood to embrace the Chinese culture. I do see this as a model for future collaborations as we hope the industry will see the importance of having an international PR campaign and strategy in place early on.

Indeed, as China continues to ignore the March 19 World Trade Organization deadline to open its movie distribution to outside countries (currently, China allows only 20 imports a year), executives and talent are finding more creative ways to work together through co-productions.

Among other such projects, DreamWorks recently sent animators to China to tailor Kung Fu Panda 2 to the Chinese market, and last year`s successful remake of The Karate Kid, which placed Jaden Smith at Chinese locations alongside Jackie Chan, was co-produced by Sony and the China Film Group.

Still, while MPA chair/CEO Chris Dodd chooses his words carefully when discussing China in a June 13 keynote address at the Shanghai International Film Festival, he soft-pedaled complaints about the country`s refusal to adhere to the WTO ruling it appears China is opening up to the West, albeit on its own terms.

For Bale and other A-list Hollywood talent, a movie like Nanking not only creates exposure in the soon-to-be second-biggest market in the world China is poised to surpass Japan and is adding three to four screens a day to its stock of 6,200 but also adds a deep-pocketed employer. If Bale`s movie, set to open in China on Dec. 16, succeeds, then China might be able to lure more stars overseas, offering money as well as a heightened international profile.

â€œI want everybody to see this film, says Zhang, who communicated with Bale through a translator during filming. Zhang praises his leading man (now filming The Dark Knight Rises), speaking to what he hopes is the universality of a strong performance: â€œHe`s such a professional, so good an actor, I often knew his meaning before the interpreter stopped.