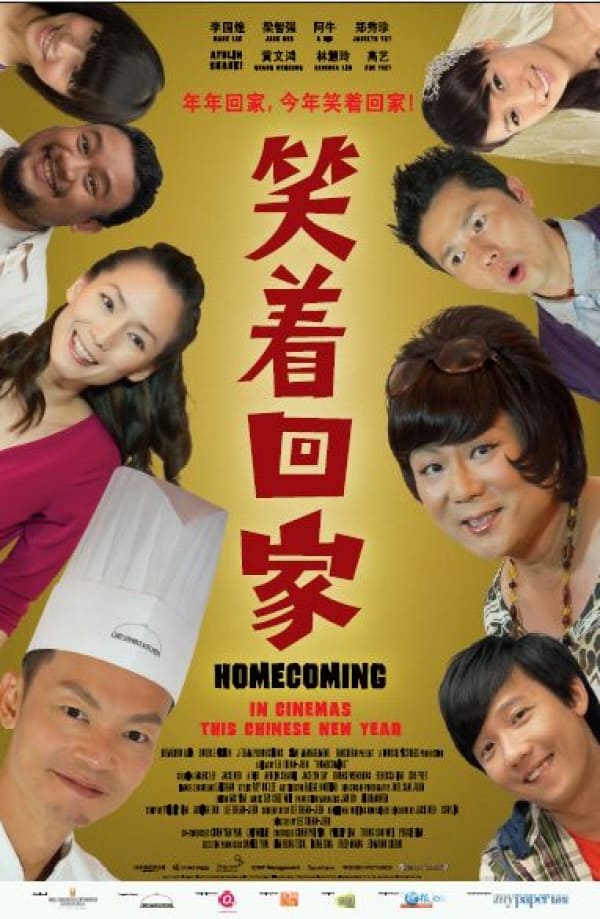 How did you get involved in this project?
I had previously worked with Phillip Lim and Adrian Tan on different projects, and they had this idea to do a movie about people going home for Chinese New Year Reunion Dinner and their misadventures along the way. I warmed up to the idea immediately because, being from Penang, I`ve been making that journey across the Causeway for the last fifteen years and I had one or two stories to tell about that myself! As we developed the script, we started bringing the project around to people and that was how the other investors eventually came in and the movie got off the ground.

This is your first feature film, how is it different from tele-movies and drama series?
There are similar principles obviously to tell a story well with interesting characters but you are painting on a much larger canvas. A protruding nose hair we`d ignore for TV would be a size of a small tree on a fifty-foot screen! So I tend to spend a lot more time on the visual details, trying to get them right.

Were there a lot of rewrites & last minute changes to the script? Any pre-production jitters among the investors?
The structure of the script and the movie was laid out fairly early on in the process. But when we started rehearsing and talking to the main cast about their characters, they contributed a lot of interesting ideas as well, some of which I then incorporated into the script. Also, Jack, Mark, A Niu and Afdlin are great ad-libbers too sometimes I would just keep the camera rolling, just to see what they`d come up with after we`d shot the script.
I think the investors were initially concerned about whether, as a first-time film director, I could take on four lead actors who were also directors (Jack, Afdlin, Mark and A Niu). But it turned out to be great collaboration I think because they were directors themselves, they knew what they`d expect from their actors, so they set very high standards for themselves as performers in this film. We rarely did more than three takes.

How long was the shoot and the post production?
The principal photography lasted 16 days. Post-production about two months.

What`s your take on Jack Neo being cast for the movie?
I think it`s inspired casting. It`s been years since Jack played a role like this, and he`s focused so much on writing and directing over the last few years that people have forgotten what a gifted comedic performer he actually is. I think his performance in Homecoming will surprise people.

What`s he like on set? Did he offer any input?
On set, Jack Neo was hot! As in, it was 34 degrees and we were filming outdoors almost everyday, and he had to wear this rubber fat-suit under Karen Neo`s costume that didn`t allow him to, um, go to the toilet as a man. That`s not to mention getting up at 4am everyday just to be transformed into a woman. So of all the main cast, he really had to endure the most to get a convincing performance across. But once he got on set, you only saw Karen Neo. He was ready from take one: there are some scenes he did which we just left as a master shot because the performance and the chemistry with A Niu playing his son couldn`t have gotten any better with more coverage.

What challenges do you face with such a big ensemble cast?
Scheduling! They are all busy people with their own projects, so getting them in the same place at the same time was probably the hardest part of the equation. But once they were together, there was an easy chemistry between them, which I feel translates onto screen. Which is a great relief for me as a director a cast with great chemistry is more than half your job done.

Any funny incidences?
This is more ironic than funny, but anyway â€