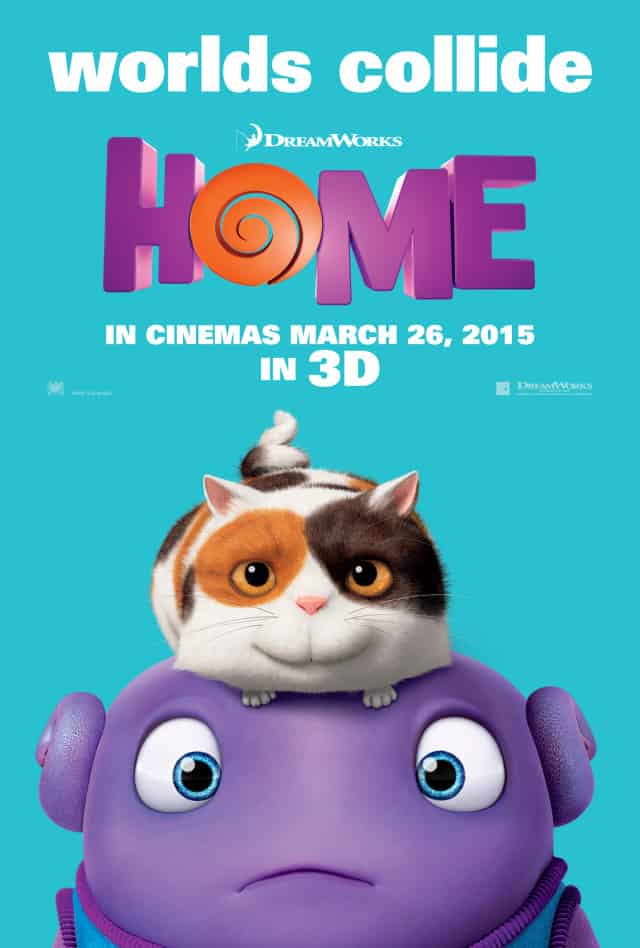 Is there a blander title in the world than Home? It’s a curiously boring choice for the latest animated effort from DreamWorks Animation, which once bore the far more irreverent and intriguing name of Happy Smekday!. Look beyond its title, however, and you’ll find a smart, sparky movie that isn’t afraid to be gleefully dumb and deeply heartfelt in telling its story and finding its characters. 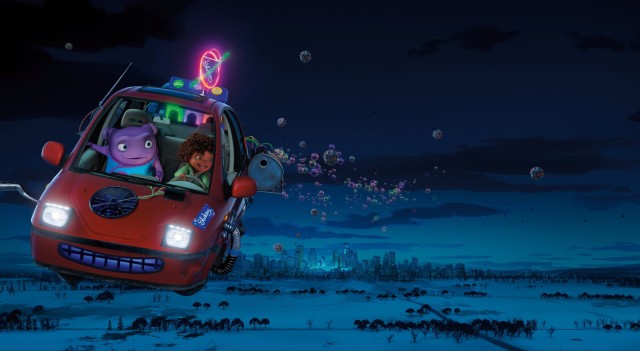 The film takes place against a backdrop of benign intergalactic invasion. With all humans swiftly relocated to camps in distant parts of the planet, Earth becomes the latest home for the nomadic Boov – a cheerfully clueless race of colour-changing aliens who have a history of avoiding confrontation. Oh (voiced by Jim Parsons) is a well-intentioned misfit who accidentally alerts the Boov’s enemies to their new whereabouts. When Oh tries to run away from his mistake, he meets Gratuity ‘Tip’ Tucci (Rihanna), a brave, resourceful teenage girl who just wants to be reunited with her mother Lucy (Jennifer Lopez). Together, this odd couple bicker their way into becoming friends.

There’s a zany, offbeat joy threaded throughout Home that’s impossible to resist. It takes a story with a real heart of darkness and finds the light in it – primarily by allowing the budding friendship between Oh and Tip to take centre stage. Both characters are a great deal of fun to hang out with. The endearingly goofy Oh – a bumbling fool with a heart of gold – provides us with his outsider’s view of the Boov narrative. Tip, meanwhile, is as fierce, feisty and fantastic a representative of the human race as anyone could wish. As they travel across the world in a car powered by the electric power of sugary drinks, with purring rumble-machine Pig the Cat in tow, Tip teaches Oh about courage, humanity and the true importance of dance. It’s a relationship that feels real, progressing as it does from mutual hostility to genuine respect and love. 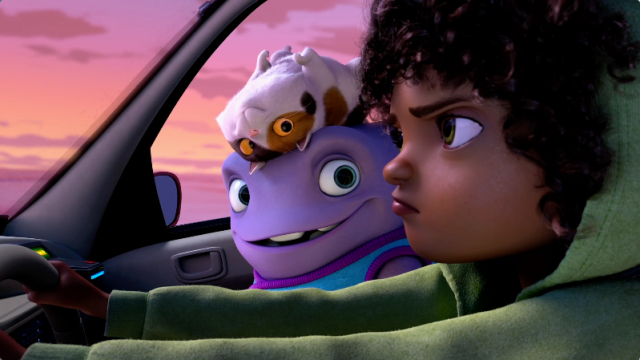 These more heartfelt, thoughtful moments – which extend even to the grim and relentless Gorg, sworn enemies of the Boov – are balanced with humour that dances between sharp and silly. Oh brings apparent doom to his people when he sends a housewarming party invitation to the whole universe: a catastrophic security loophole in his e-mail settings that’s almost gloriously ridiculous, and one that pretty much anyone who’s run afoul of the ‘reply-all’ function can appreciate. At the other end of the comedy spectrum, Captain Smek (a manically delightful Steve Martin), the pompous, cowardly leader of the Boov, capers around in increasingly silly hats, relieving stress by rolling himself across a sheet of bubble wrap.

One might wish for Home to be a little bolder – to dare to look, at least a little, into the monumental darkness of its premise. Instead, the Boovs’ collective lack of empathy and callous treatment of the human race is reduced simply to a turning point in Oh’s character development. The film’s soundtrack is also overly crowded with a clutch of original Rihanna songs, none of which is particularly inspiring or as immediately catchy as Lopez’s hit single for the film, Feel The Light. 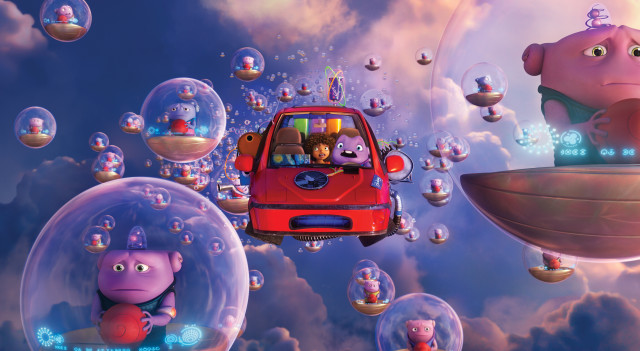 Nonetheless, Home is a colourful blast of fun for kids – not to mention adults who are willing to give it a chance. This touching story about the power of friendship and empathy unfolds in both goofy and sincere fashion, through a skilful blend of good-natured humour, gravity-defying action sequences and moments of deep emotional truth. The narrative beats of this road-trip movie might feel a little familiar at times, but it’s also smartly subversive in its own way: it readily celebrates a pair of protagonists who don’t fit or reinforce the Hollywood norm, and it recognises that stories of families and friends can power stories just as well as romance can.

Summary: A minor home run for DreamWorks, but a home run nonetheless.