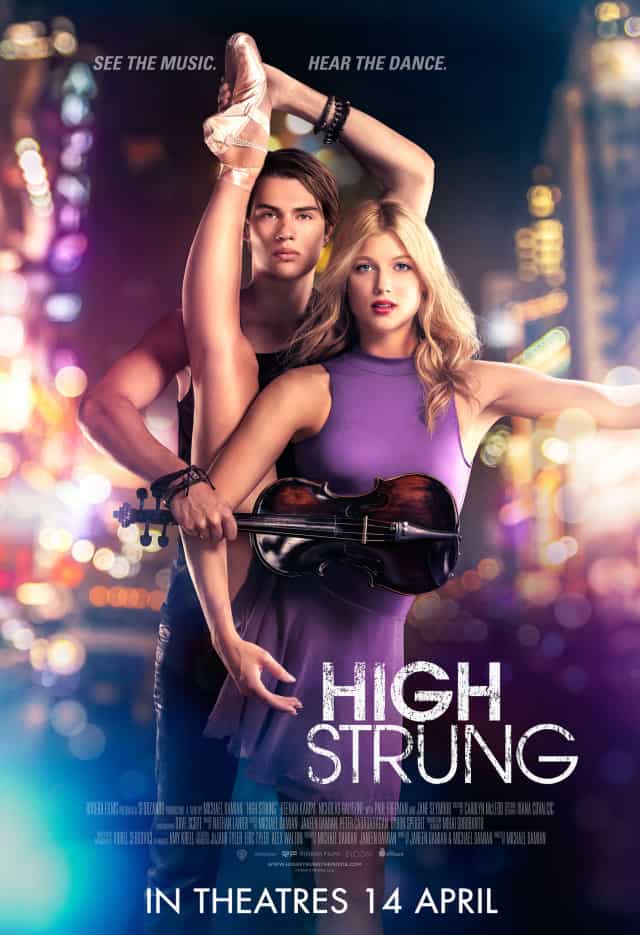 Dextrous fingers and fleet feet work in concert to create something magical in this dance movie. Ruby (Kampa) is a dancer who has received a scholarship to study at the prestigious Manhattan Conservatory of the Arts. She befriends her outgoing roommate Jazzy (Mizuno) and runs afoul of the catty April (Kutay). One day, Ruby comes across a hip-hop violinist busking in the subway station. This is Johnnie (Galitzine), a brooding young man from England in search of a Green Card since his visa has expired and there’s nothing for him back home. Johnnie draws the ire of Kyle (Southgate), a classical violinist and Ruby’s schoolmate at the conservatory. Ruby proposes that she and Johnnie jointly enter the Peterson Strings and Dance competition, in collaboration with a hip-hop dance crew headed by Johnnie’s downstairs neighbour Hayward (Mitchell). However, this burgeoning relationship begins to distract Ruby, with her teachers including contemporary dance instructor Oksana (Seymour) and respected ballet teacher Kamrovsky (Freeman) pushing her to up her game.

High Strung is directed by Michael Damian, who co-wrote the screenplay with his wife Janeen. The couple have created an incredibly cheesy affair packed with very familiar story beats. It’s the streets vs. the conservatory, the cool kids vs. the snobs, and the realisation that the two worlds need not be discrete. The production values definitely possess a satisfactory degree of polish, and one would be hard-pressed to tell that the film was also shot in Bucharest, Romania in addition to on location in New York. The camerawork and music production is slick and Dave Scott’s dance choreography is dynamic if not spectacularly inventive. However, it’s hard to shake that “student film” feeling, primarily owing to the predictability of the plot and the clunkiness of the dialogue. While most of the cast are talented dancers, it looks like acting comes second (or, for some of them, third). 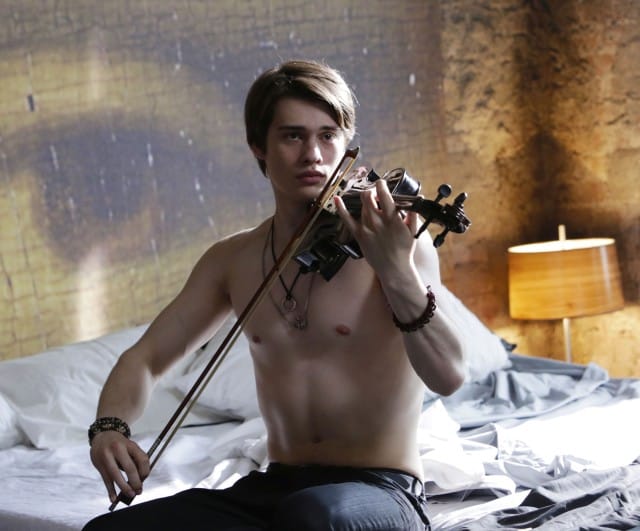 When we first see Johnnie he’s shirtless, tattoos and abs on display, sitting on the edge of his bed playing the violin as sunlight streams in through the window. “The music is always there, burning inside me,” he says dreamily in voiceover. “I don’t know where it comes from. I only know that if it stays trapped, I will be consumed.” This is a character that seems like the result of a group of 14-year-old-girls holding hands around a pentagram drawn on the floor, summoning some improbable dreamboat who is tormented, but sexily tormented. Galitzine has wannabe-James Dean written all over him, but it’s easy to see why the ladies will swoon. He does look great playing the violin though, and does an excellent job of approximating some complex finger placement – though those in the know will be able to spot a few spots where the finger placements don’t match up to the notes being played. 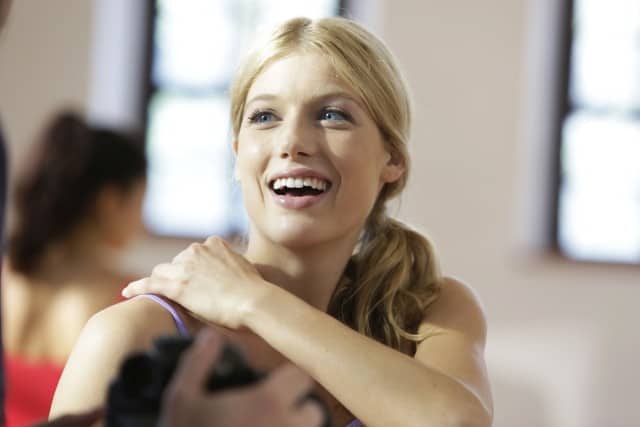 Kampa is a professional dancer who was the first American to join Russia’s Mariinsky Ballet in 2012. After several injuries and feeling overworked, Kampa moved back to the U.S. The film is at its best when it simply allows the dancers to dance and does not demand that they act. Therefore, the plot proceeds on autopilot, hitting dance sequences that are as varied in styles and settings as possible. Ruby is very much a tabula rasa character for young female viewers to project themselves upon. As the requisite best friend, Mizuno’s Jazzy has few defining qualities, other than she likes to party. Southgate’s Kyle is intended as a foil and romantic rival for Johnnie, but he stays in the middle of the dial, failing to make the audience feel conflicted about whether they want Ruby to end up with Johnnie or with him. Freeman and Seymour, somewhat recognisable names (he was the villain in Raiders of the Lost Ark and she was the Bond girl in Live and Let Die) are on hand to lend authority, but they mainly stand by the piano and shout orders to the class. 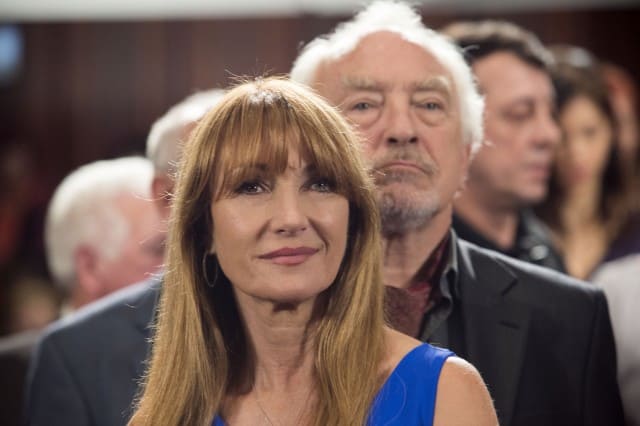 High Strung is as paint by numbers as they come, but then again, people don’t go to dance movies for the plot. Director Damian is well aware of this and delivers several lengthy dance/musical sequences, the most memorable being an Irish jig and a duelling violins set piece. Instead of moving the formulaic plot along though, it feels like the story is put on hold for these scenes to dutifully unfold. The film’s corniness and stubborn refusal to rework the shopworn tropes that it piles on thick are the equivalent of tying a ballerina’s legs together with violin strings. 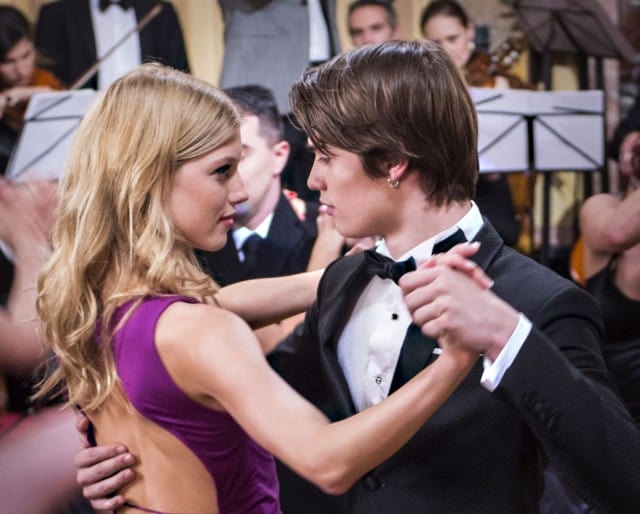 Summary: Laughable dialogue and stiff acting detract from the strikingly performed dance and music numbers in this generic dance movie.