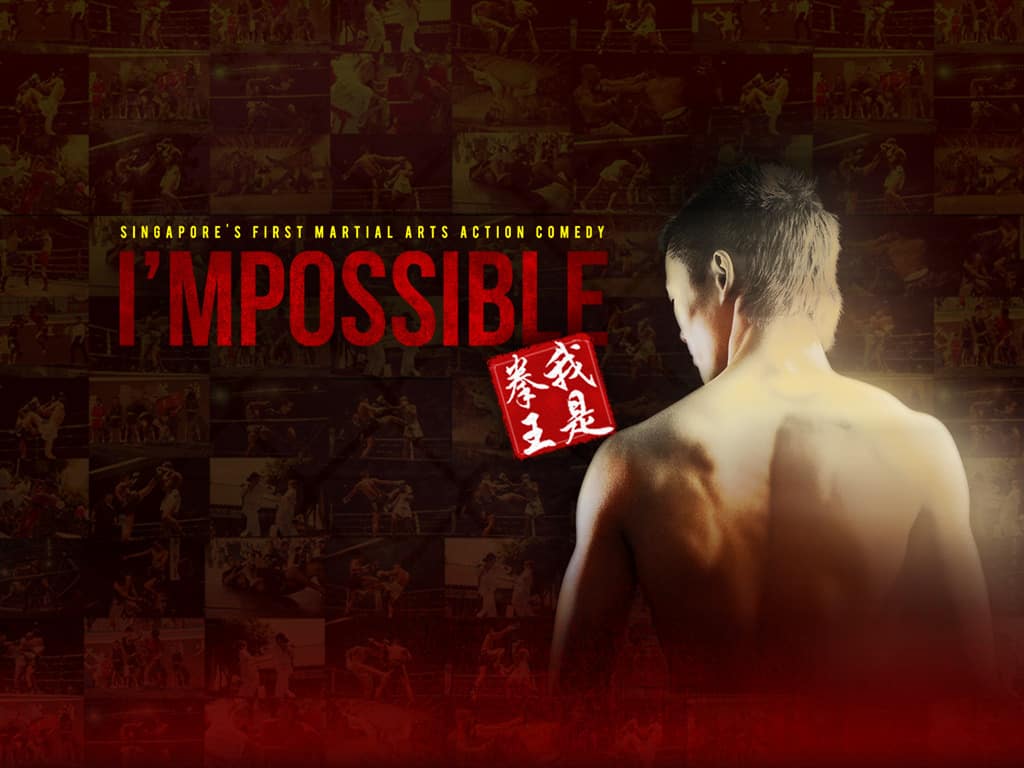 I’MPOSSIBLE is “Karate Kid” meets “Rocky” – an uplifting underdog story about how a teenage boy uses his talent in martial arts to overcome all odds and become a champion.

The movie is conceptualised by Gilbert Chan and Vincent Tee. With several years of experience in filmmaking, Gilbert Chan has done several feature films such as 2359 and Ghost Child. Vincent Tee is a veteran actor in Singapore, playing big and small roles, on TV and on film.

With a team of media enthusiasts and movie professionals from Grid_Synergy, we hope to fulfill dreams of people from different walks of life. As a small creative and innovative studio starting from scratch, we develop and produce educational courseware and now, we hope to not only entertain with value, but also bring value to both performers and audience.

Singapore is a small country not known for its movie industry. Nobody has attempted to do a martial arts comedy movie before. Everybody we spoke to say it’s impossible.

But we always believe in our dream, the dream of making the impossible into i’m possible. 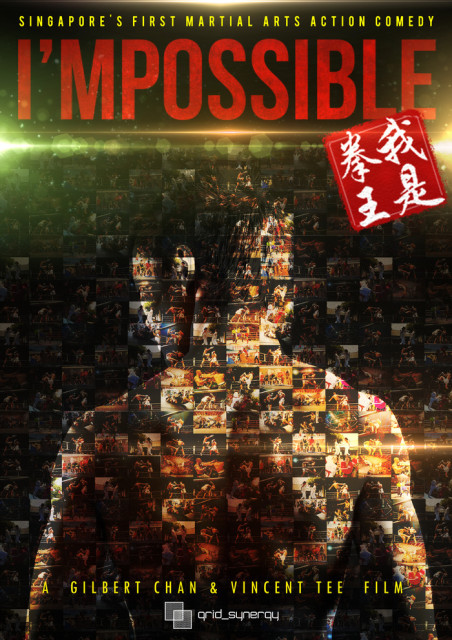 Last November, we set out to do a martial arts comedy short film on our own, without any professional action choreographer, without any stunt team or stunt gear. We want to show people that we can do action movies. We want to showcase the kind of talents we have in Singapore.

After making this short film, our ambition of making a full length martial arts comedy movie grew bigger. Yes, we can no longer hide our excitement. This is no longer a one man dream, this is a dream held dear to our hearts, a dream which we hope to showcase talents and put Singapore on the world map. And now we are raising money for this dream, a martial arts comedy feature movie.

We have some rewards lined up for you, to sincerely thank you for your contribution to help build this dream of ours. Find out more about the rewards on the right. One of the rewards include getting the short film we’ve made, check it out!

We have come thus far, from scripting to making the short film and now, a few more leaps before we can make the movie. It probably takes less than 3 seconds for others to say that this project is impossible, but it takes much more courage for us to proudly tell others that we believe in this project and it is possible.

Now, we hope you can believe with us in creating this exciting movie!

Here’s a one minute teaser of the short film made: