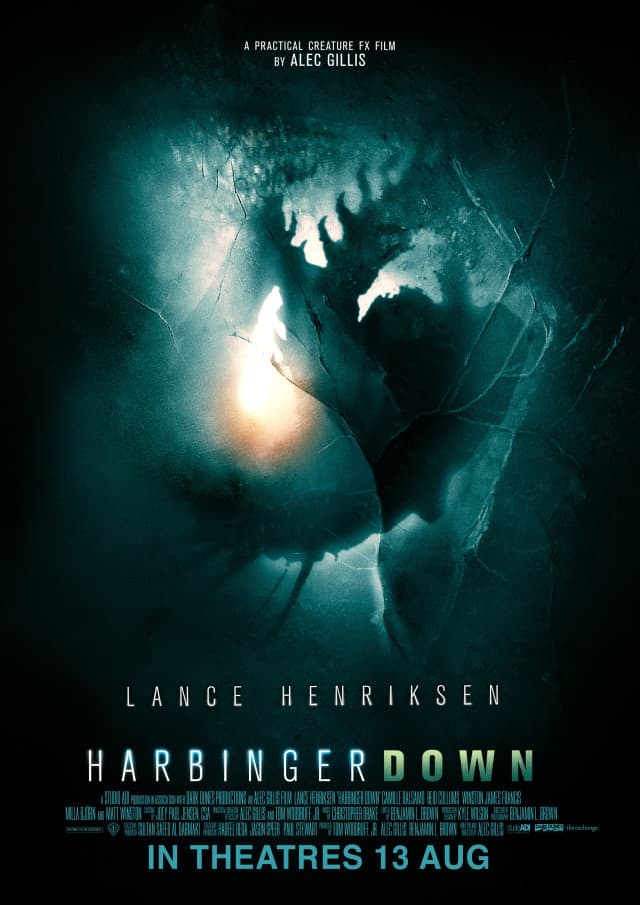 “There’s an organism on this ship” are not words you want to hear, especially in a horror movie. Sadie (Balsamo), is a university student working on her thesis, accompanied by her professor Stephen (Winston) and her classmate Ronelle (Samuels) on an expedition to study the impact of climate change on Beluga whale migratory behavior in the Bering Sea. They hitch a ride on the Harbinger, a crab fishing trawler captained by Sadie’s grandfather Graff (Henriksen). Chancing upon the wreckage of a Soviet spacecraft from the 80s frozen in the ice, Sadie and Graff decide to haul it onto the ship, a decision some of the other crew members question. The spacecraft harbours a deadly secret – mutant tardigrades, resilient microorganisms that have transformed into a fearsome creature intent on devouring all aboard the Harbinger. 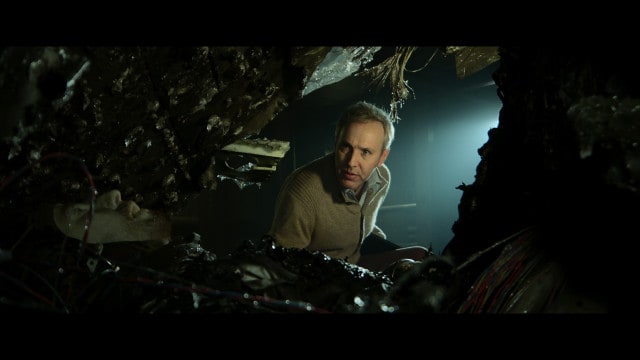 Harbinger Down comes from writer-director Alec Gillis and is produced by Tom Woodruff, Jr. Gillis and Woodruff are the founders of Amalgamated Dynamics Inc., a special effects studio that has furnished animatronic effects for films such as Starship Troopers, Alien vs. Predator and Sam Raimi’s Spider-Man trilogy. They worked on 2011’s The Thing, only to discover that their animatronic effects had been replaced by computer-generated imagery in the finished film. This was not the only film ADI had worked on to suffer that fate. Fed up with how Hollywood was treating their work and bolstered by the positive reaction their work had garnered from movie fans online, Gillis and Woodruff set out to make an independent creature feature that would contain only practical effects work, a monster movie made using lo-fi techniques including performers in suits, miniature photography, effects makeup and stop-motion animation. The result is Harbinger Down, partially funded via a Kickstarter campaign.

With all this background information in mind, it’s clear that the film’s purpose is to prove the point that practical effects are better than digital ones; a way for old-fashioned special effects creators to vindicate themselves. It’s very clear that the plot is merely a flimsy skeleton on which to hang the monster mayhem. This has all the hallmarks of cheaply-made science fiction horror: it all takes place in a single location, most of the actors deliver performances that deserved to be confined to a community theatre stage and the dialogue is clunky and laden with clichés. The crusty sea dogs have to unwillingly play host to a bunch of academics who are in way over their heads when a long-buried evil is loosed on their vessel. “Some things should stay frozen,” deckhand Atka (Edwin Bravo) intones with all the subtlety of a hammer to the face. The pitch that Gillis and Woodruff put on Kickstarter was that this is “in the spirit of two of the greatest sci-fi/horror films of all time, Alien and The Thing (1982)”. Harbinger Down is less “in the spirit” of those two modern classics and more “stuck in their shadow”. 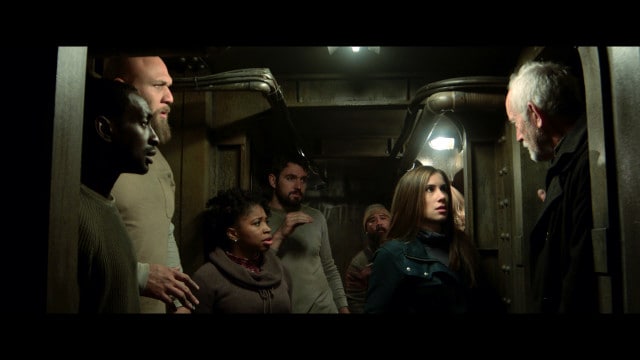 As mentioned earlier, the performances aren’t great – Matt Winston is particularly hammy as the obnoxious professor. Camille Balsamo’s Sadie is a protagonist we’ve seen hundreds of times in this genre, the adventurous, intelligent young woman who is plunged into a terrifying adventure. The character is competent and courageous, but also commits acts of stupidity as the plot demands. Black Sea from earlier this year presented us with a more believable crew of grizzled, bearded sailors manning a rickety vessel than we see here. Milla Bjorn’s Svet is the token tough chick, confrontational and quick to draw her trusty knife. The saving grace in the cast is Lance Henriksen, whom genre fans know best as the android Bishop in Aliens. He takes it seriously, is convincing as the veteran captain of a trawler and brings a much-needed dose of gravitas to the proceedings. The genre cred certainly doesn’t hurt either.

With a film that exists primarily to showcase the monster effects, the big question is “how do they look?” There are several gross-out moments of body horror that recall old-school genre favourites and the film occasionally manages to drum up some thrills. For the most part, the effects are well-executed, though the opening sequence of the Russian spacecraft crashing back down to earth is pretty phony-looking. Tardigrades look like horror movie monsters as it is, so that’s a decent starting point, but there is no defining concept to the creature design – the most effective movie monsters such as the Xenomorphs from Alien and the Brundlefly from 1986’s The Fly have an underlying unifying logic to their design that makes them indelible. The mutant tardigrade creature in Harbinger Down looks as if someone threw a bag of standard “movie monster” traits into a pile: teeth, tentacles, spines, pulsating nodes, icky ooze et al – with blue LED lights on top for the hell of it. That the monster fails to even approach iconic is disappointing, considering the talent involved in bringing it to life is clearly skilled and passionate about their chosen brand of movie magic. 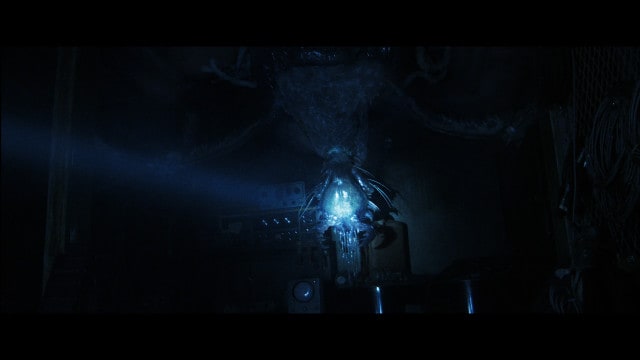 When it comes down to it, Harbinger Down is little more than a SyFy original movie with considerably more effort put into the effects. It may be of interest to genre aficionados given the origins of the production and the fact that it originates from ADI, but if you’re walking into this not knowing who Alec Gillis and Tom Woodruff, Jr. are, you won’t leave caring about them. If this movie proves anything, it’s that it really doesn’t matter if the effects are practical or digital when they are not in service of a compelling story.

Summary: Hardcore genre movie geeks may find this creature feature worth their while, but outside of that niche, Harbinger Down is too formulaic and forgettable to make much of an impact.