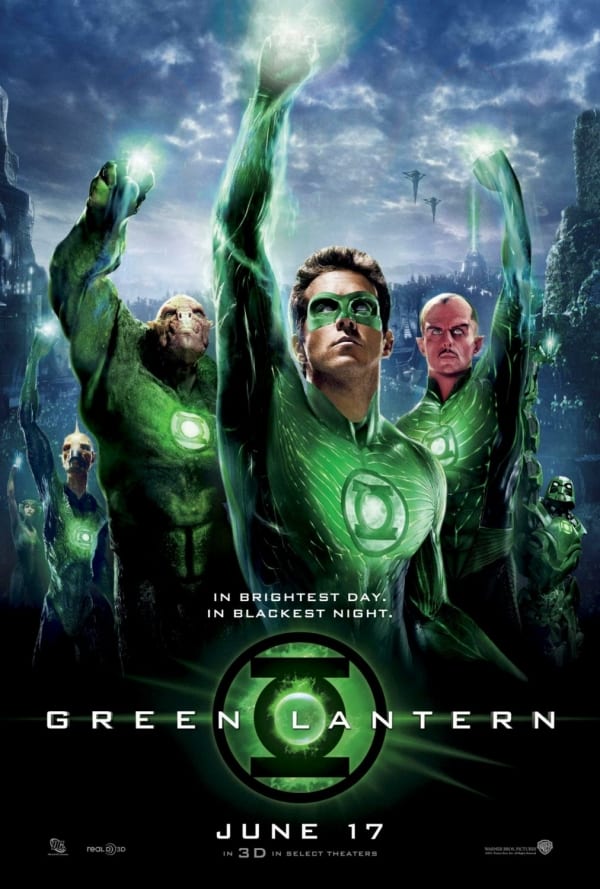 The movie is a skilful adaptation of the comic book source material in that it distils the Green Lantern lore for moviegoers such that the uninitiated won’t feel lost. The characters are fleshed out decently and this is a comic book come to life in a good way. Sure, it verges on being a little cartoonish at times, but is tonally assured and brings to mind another green-themed superhero movie, 2008’s The Incredible Hulk. Both films tackled the source material with a comic book sensibility that brings out the more fantastical elements in a palatable manner.

As an action flick, Green Lantern pulls no punches and is a rollicking adventure from start to finish. Director Martin Campbell, having helmed the James Bond films GoldenEye and Casino Royale, proves he has a good eye for bigger, cosmic action sequences in addition to superspy shenanigans. The film got an additional $9 million late into the game to boost the visual effects, and thank goodness for the extra moolah because it sure helps. While it takes some getting used to, there’s a certain appeal to the organic look of the Green Lantern uniform and the planet Oa.

Ryan Reynolds makes for a charismatic leading man and possesses a charming mischief, never taking himself too seriously as Hal Jordan. He’s also in tip-top physical condition and handles the action beats well. Unfortunately, his leading lady Blake Lively is anything but, always a tad too stiff as Jordan’s fellow pilot and boss Carol Ferris. Peter Sarsgaard laps up every last bit of his villain role with glee, and the voice cast of Geoffrey Rush as Tomar-Re and Michael Clarke-Duncan as drill sergeant Kilowog is well chosen.

The main thing this movie has going for it is that it’s fun, and after all we go to the movies to have fun. DC faces stiff competition from Marvel Studios at the movies this summer, but at least it put up a valiant fight in the form of this lantern’s light.

SUMMARY: Raise the green lantern! It’s not a surefire classic, but this is a good adaptation of the DC Comics character and is an enjoyable ride even if you aren’t already a fan.