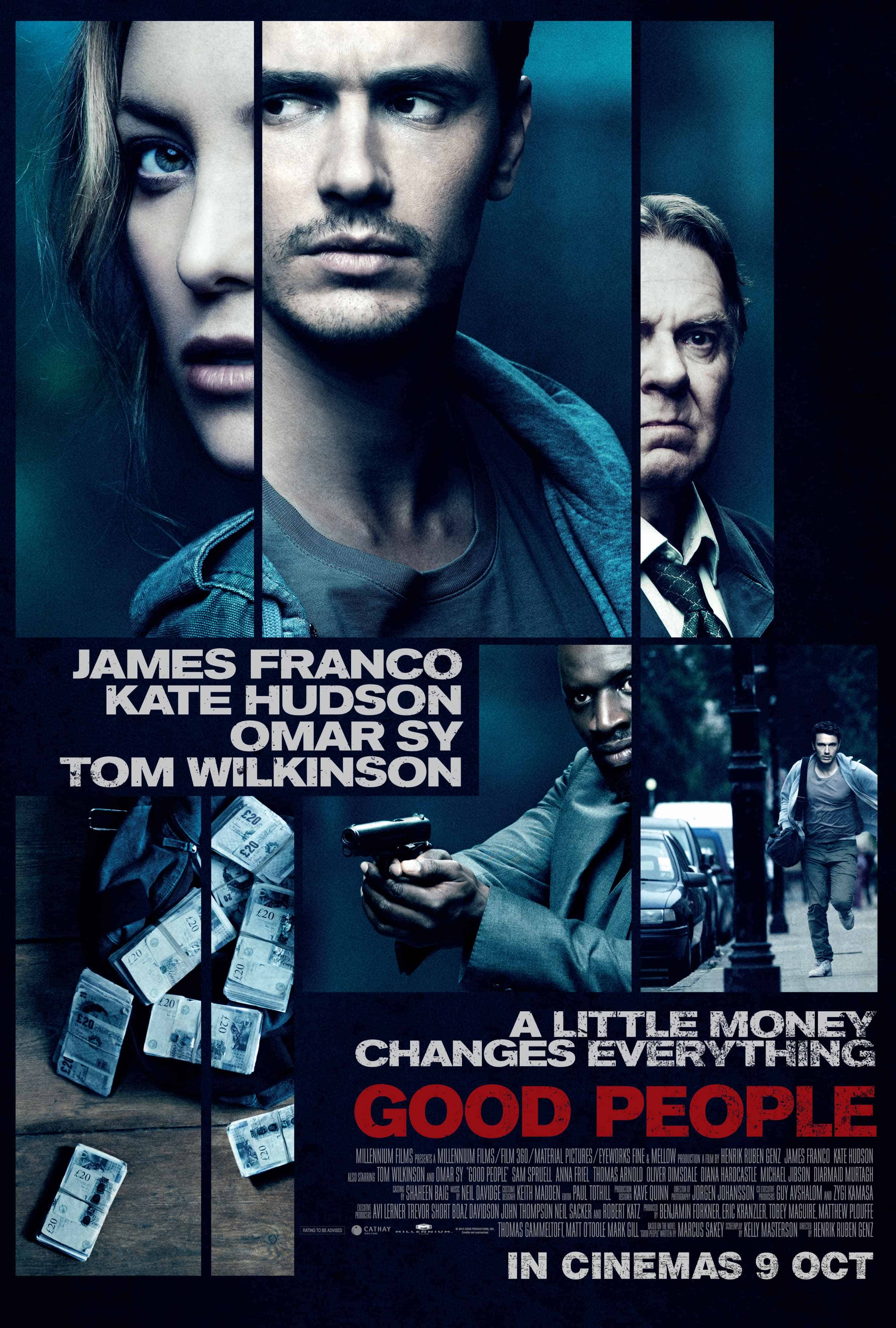 There’s nothing quite like a dose of poetic justice (preferably violently imposed) to assure one that all is right with the world. And Good People just happens to be the kind of film in which there’s a lot of poetic justice being doled out. If you like seeing bad people get their just desserts, this is the film for you. It’s just that Good People doesn’t quite flesh out its original premise of good people sometimes doing bad things in moments of weakness. This disunity between vision and execution makes the film a great deal more trivial than it could have been. 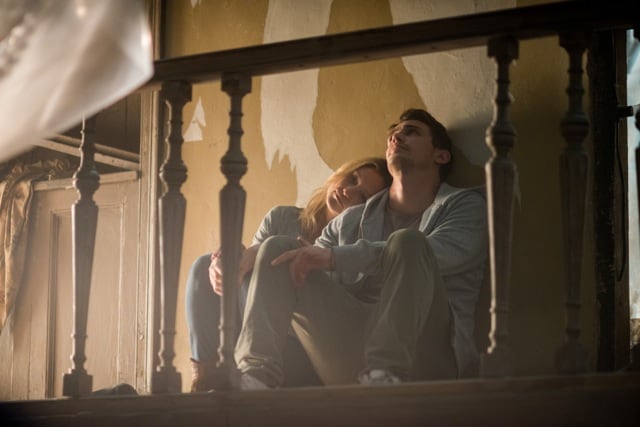 Based on the novel of the same name by Marcus Sakey, Good People moves the action from the novel’s original setting of Chicago to London, while retaining the American couple that are at the heart of its proceedings. Tom (Franco) is a down-on-his-luck former landscape architect who has moved to London for a fresh start, but isn’t actually getting much of one. His pet restoration project is going nowhere and he’s just been served with a notice of eviction. His wife Anna (Hudson) is also experiencing woes of her own, particularly in the maternal department, but all of their problems seem to be solved when their tenant dies of a drug overdose and leaves over £200,000 worth of cash stashed in his apartment. Unfortunately, the money belongs to some very bad people, and Tom and Anna soon find themselves in over their heads, with only a rogue cop (Wilkinson) to help them. 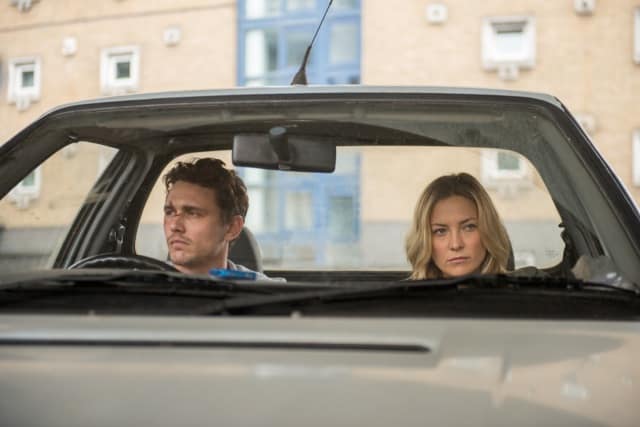 First things first, Good People has to be commended for its mastery of pace and suspense. Things start off with a bang to grab your attention, and then drop off into a slight lull before gradually building to an explosive climax. The violence, while plentiful, is never gratuitous and actually serves to flesh out how evil the bad people, in particular Sam Spruell’s deliciously wicked drug peddler, are. In fact, audiences have Spruell to thank for creating a character so loathsome that the moments of poetic justice really come into their own. It’s also refreshing to see Hudson hold her own in a movie that’s not a rom-com (and indeed this reviewer thought he was watching the wrong film at first), but watching her whack some vicious thug with a household implement can be a rather bizarre experience. 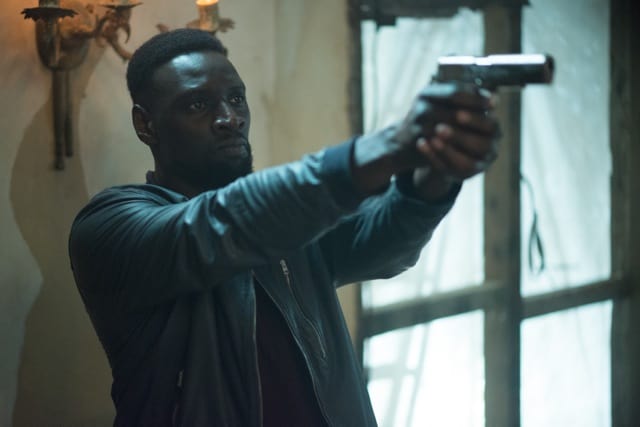 What’s also rather bizarre is the fact that Good People spends a good part of its first half charting how Tom and Anna slowly fall prey to temptation and start spending their ill-gotten gains, but throws all of that out the window when the action starts to heat up in the second half. Frankly, while the film’s denouement is exciting and contains oodles of poetic justice, the more badass Tom and Anna get, the less believable as actual human beings they become. It makes one wonder if the audience is supposed to see the couple as flawed individuals trapped by their circumstances, or as avatars of retribution doling out payback by the truckloads. And without giving anything away, let’s just say that the film’s resolution is too neat for the former conception to hold. Some very schizophrenic characterisation is afoot here. 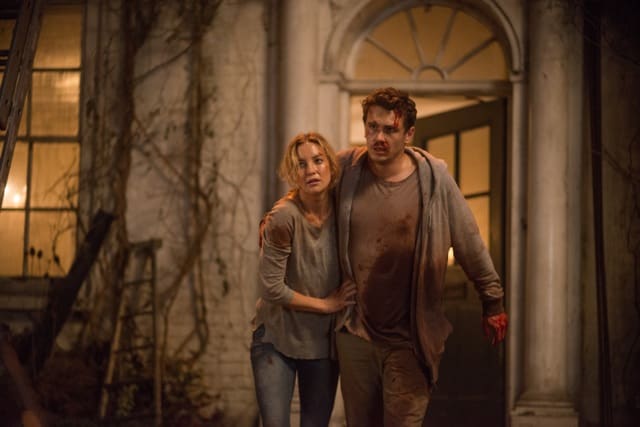 At the end of the day, Good People is still a rollicking ride of violence and vengeance that will keep you on the edge of your seat throughout. It’s only after the movie has ended that you realise just how ludicrous some of the happenings actually are. But we’d say that, since the film succeeds in making you suspend your disbelief till after it has ended, it’s wholly worthy of the price of admission.

Summary: Good People is like a ship that only starts to leak after all its passengers have already disembarked. Enjoy it for the solid piece of entertainment it is, but don’t expect it to stay with you for very long afterwards.