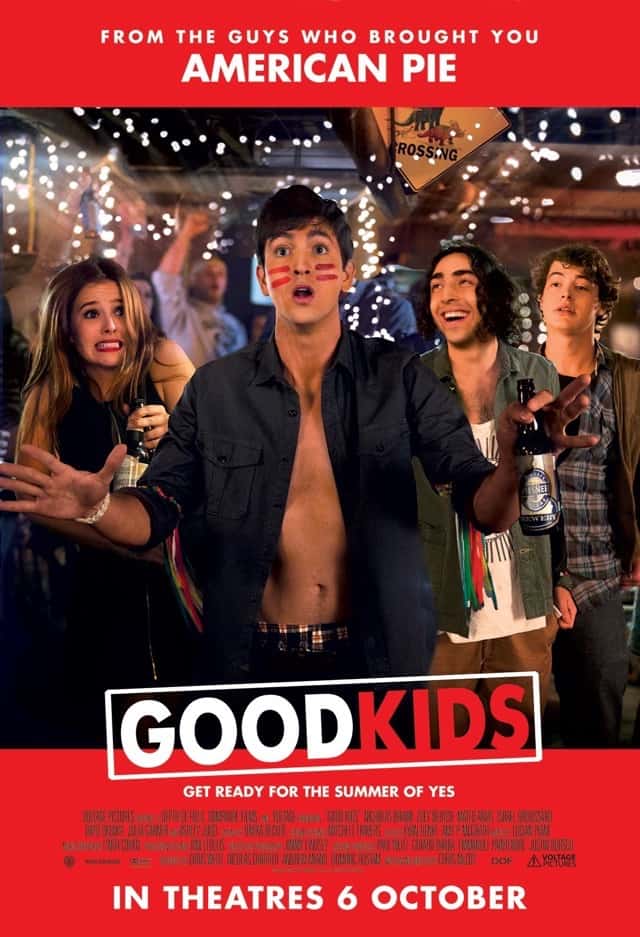 We’ve all seen that triangle diagram: the three corners are labelled ‘good grades’, ‘social life’ and ‘enough sleep’, and the centre of the triangle bears the imperative ‘choose two’. This comedy revolves around a group of friends who have devoted their whole lives to being well-behaved, academically successful students. It’s the summer before they each leave for prestigious colleges, and Andy (Braun), Nora (Deutch), Spice (Broussard) and The Lion (Arias) make a pact to enjoy all they’ve been missing out on. Andy begins having sex with Gabby (Judd) and the other wealthy married woman who patronises the country club where he is a tennis coach; Nora starts a relationship with Erland (Coussins), her colleague at an aquarium lab; The Lion partakes in a variety of drugs; and Spice goes off in search of ‘sexual release’. In the meantime, Andy continues communicating with a girl from India he’s met online who may or may not actually exist, while he attempts to come to terms with the feelings he’s had for Nora all this while.

Good Kids is written and directed by Chris McCoy, who makes his feature-film debut here. The screenplay landed on the 2011 Black List of most-liked scripts making the rounds in Hollywood. Sure, there have been plenty of Black List scripts that were turned into bad movies, but this case seems particularly puzzling, because there’s nothing special about Good Kids at all. It seems to be the product of typing the command ‘write teen sex comedy’ into some automated screenwriting program. The jokes are tired and mostly unfunny and the characters are all very recognisable archetypes and largely difficult to sympathise with. Beyond that, the underlying attitudes are retrograde, with the veneer of raunchiness serving to obfuscate its lack of originality.

Braun’s lankiness is often remarked upon, and his gangly proportions do lend themselves to an awkward nerd character. Alas, he’s trying way too hard to come off as awkward, with the results bordering on obnoxious. The character’s sudden success with the ladies and the large amounts of sex he winds up having smack of cheap wish-fulfilment, and when it comes down to it, Andy isn’t even all that endearing. Arias is the generic stoner while Broussard doesn’t get all that much to do, getting the least screen time of the four main characters. It’s kind of weird to see Oscar nominee Demian Bichir in an over-the-top appearance as Andy’s boss Yaco, while Judd seems to be having a degree of fun in full vampy cougar mode.

Deutch is the best thing about Good Kids by a mile. She has emerged as an elegant presence with fine comic sensibilities and a keen wit. She also seems intent on making a name for herself despite having somewhat famous parents to fall back on, appearing in no less than seven films being released in 2016. Her radiance is an appealing complement to the film’s sun-kissed, idyllic coastal Massachusetts setting.

Good Kids is produced by Paul and Chris Weitz of American Pie fame, and it does come off like the reheated leftovers of that and any number of teen sex comedy flicks. Unlike American Pie, Good Kids won’t spawn any catchphrases or enter the pop culture lexicon. There’s plenty to say about millennials experiencing pre-college anxiety and getting caught in between the paper chase and revelling in youthful indiscretions, none of which Good Kids mines. The locale in which the story is set means it’s often quite pretty to look at, but the predictable plot trajectory and uninspired humour make it a bit of a chore to sit through, even given its lean 86-minute runtime.