The lensing ceremony for the movie ATM was held in Kowloon on 3rd June. In attendance were the main cast Kelvin Kwan, C Guan, Joanne Yew, Paw Hee-Ching, Lo Hoi Pang, Stanley Fung and Ha Yu. In this movie, Ha Yu serves as both producer and actor. The ceremony was held at Kowloon Tong, My Garden – an important location in the movie.

The movie explores the generation gap between the elderly and youths through an amusing story about an ATM heist gone wrong. A heartwarming comedy, ATM will feature appearances from many familiar veteran actors, such as Nina Paw Hee Ching, Lo Hoi Pang and Stanley Fung. Rounding up the cast are young stars Kelvin Kwan, Joanne Yew and C Guan.

Casting took producer Ha Yu two years since he wanted a balance between older and younger actors to provide a more varied performance.

“Even though we are old, we are still passionate about acting! I feel that we should pass on our experience to the younger generation,” said Ha Yu

Among the younger cast is Joanne Yew. The Malaysian actress broke into mainstream success as the female lead in her first movie The Journey (2014). The movie broke Malaysia’s local box office records, raking in 17 million Malaysian ringgit (4 billion HKD). 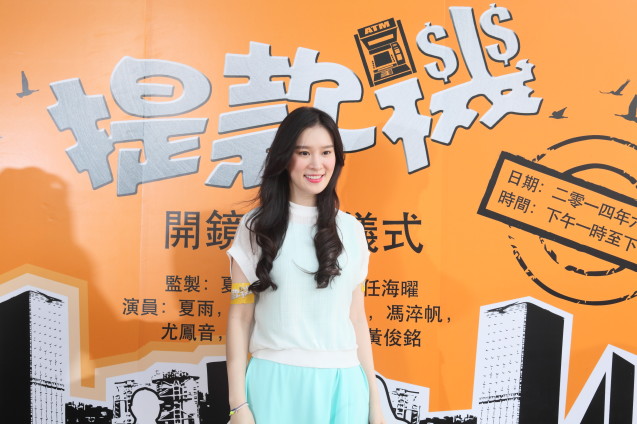 Besides commercial considerations, producer Ha Yu casted Joanne Yew as he saw great potential in her.

“Joanne has a fresh appearance with great prospects. I expect great things from her,” said Ha Yu.

Producer Ha Yu is looking to release ATM in China, Hong Kong and regional markets. A release date will be announced soon.