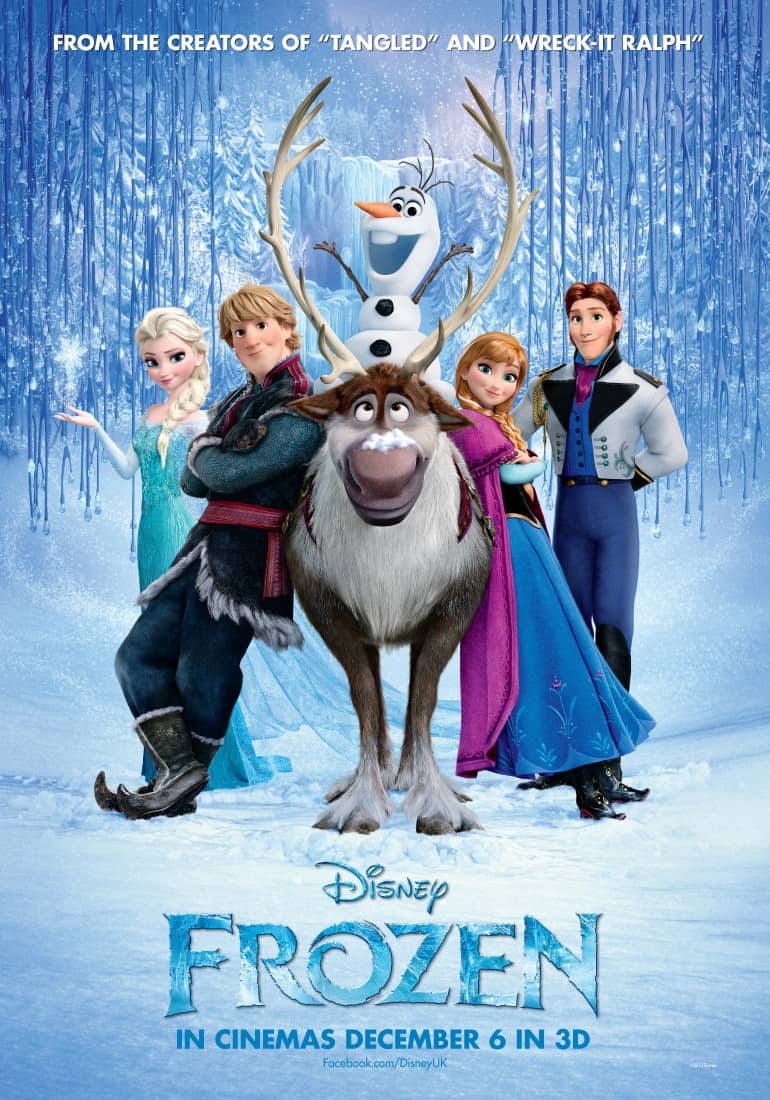 In the markedly Scandinavian kingdom of Arendelle live two young princesses. Elsa (voiced by Menzel), the elder of the two, has powers over ice and snow. Anna (Bell) has no such magic, but is a sunny, cheerful child who adores her sister. Things go awry when Elsa accidentally knocks Anna out with a blast of wintry ice. Thereafter, Elsa resolves to put herself in cold storage (sorry) to protect those around her. Over the years and through the death of their parents, the two sisters become strangers. When Elsa loses control of her powers on the day she is due to be crowned queen, she flees to the mountains, and Anna must set out to bring her sister home again.

Anyone hoping to see an accurate interpretation of Hans Christian Andersen`s original fairy tale The Snow Queen should be forewarned. This is a Disney movie, after all, and so the malevolence of the titular Snow Queen has been scrubbed clean and replaced with Elsa`s conflicted misery over powers that seem to be beyond her control. There are comedy trolls, sidekick snowmen, anthropomorphic reindeer and rugged mountain men – oh, and did we mention they all sing too? This is a Disney vehicle through and through.

Crucially, however, this is a Disney vehicle with a bright, modern soul. On the surface, it looks like a disappointingly typical tale of swooning romantic love. Anna croons a jaunty song Love Is An Open Door with charming Prince Hans (Santino Fontana), and resolves immediately to marry him. She then spends much of the film in the company of forthright ice delivery dude Kristoff (Jonathan Groff) and his reindeer buddy Sven, both of whom risk life and limb to help her get to Elsa. Her dilemma is, of course, which handsome man will bring her everlasting happiness… right?

Dig a little deeper, though, and it`s clear that Frozen is really about the far more empowering themes of family and self-acceptance. The real emotional pay-off in the film comes in the efforts made by both sisters to find their way back to each other, after years of tension and frost (of the metaphorical and literal variety). Many a Disney princess before Elsa and Anna have laboured under the notion that finding the right man will bring them their happy endings. Here, the twist on that old narrative chestnut is simple but results in a far more effective message for young girls: the right man, should you find him, will allow you to be who you want and ought to be. Even then, it`s your job and your right to find your own happy ending.

The magic and delight of Frozen is not confined solely to its more progressive message. It`s also teeming with great characters. Anna is a spunky, determined chatterbox, brought to particularly enchanting life by Bell`s quirky, more improvised moments in the recording studio. Elsa, too, is given enough scope to grow and shine in the role of the fiercely protective elder sister. Olaf the summer-obsessed snowman (Josh Gad), who came across as worryingly unfunny in the trailer, is a great deal more charming within the context of the entire film.The troop of trolls might feel somewhat like a narrative afterthought, but are adorable and crowd-pleasing nonetheless.

It`s heartening, too, to see Disney properly return to the musical format that made classics out of The Little Mermaid and Beauty & The Beast. The songs featured in Frozen written by the song-writing team behind zeitgeist-y musicals Avenue Q and The Book Of Mormon range from the blithely comic to the stirringly heartfelt. The decision to cast actors better known for their vocal prowess than their Hollywood celebrity pays off handsomely. Menzel tears into her confessional ballad Let It Go with her signature theatrical aplomb. Bell acquits herself wonderfully well too, especially in Anna`s heartbreaking plea to a stonily unresponsive Elsa: Do You Want To Build A Snowman?.

All in all, Frozen is a joy. There are moments when the film drags a little, and some character beats don`t ring quite as true as others. But these are easy enough to forgive. In the larger scheme of things, Frozen looks absolutely gorgeous witness Elsa`s breathtaking construction of her ice palace in the mountains and also brims over with heart and emotion. It`s proof positive that Disney is back and, quite happily, better than ever.

Summary: A tale that will thaw the iciest of hearts.