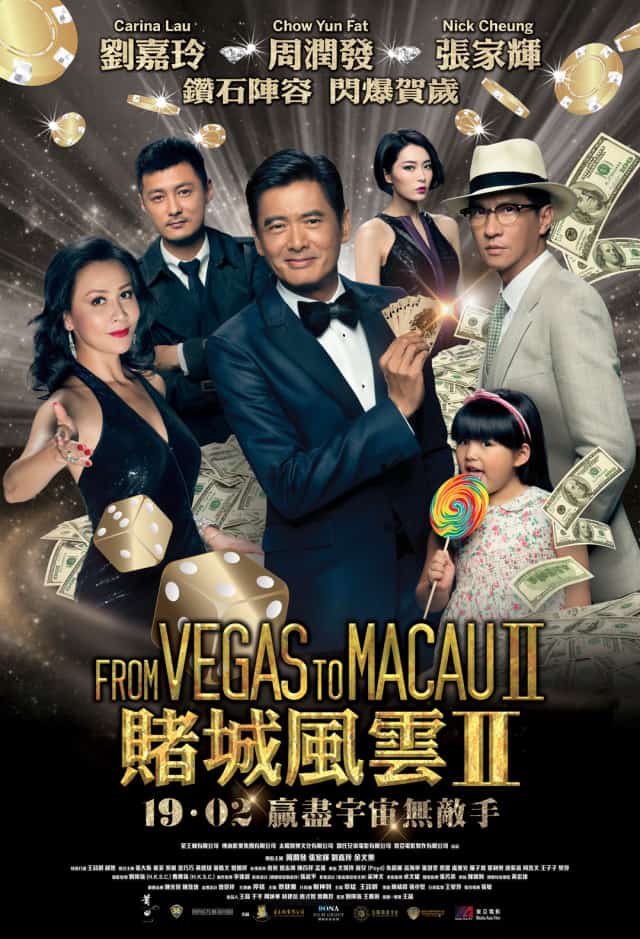 This Chinese New Year, the God of Gamblers has returned to grace us mere mortals with his presence in this follow-up to last year’s From Vegas to Macau. Just when he thought he was home free, Master Ken (Chow) continues to be the victim of criminal syndicate D.O.A.’s dogged pursuit. Master Ken’s estranged son Cool (Yue) is on the case, tracking down D.O.A. accountaint Mark (Cheung). It turns out that Mark was an old associate of Ken’s, Ken travelling to Bangkok to rescue Mark and Mark’s young daughter from the clutches of his evil employers. In the meantime, Ken attempts to rekindle his romance with former flame Molly (Lau), the love of his life who has eluded him for years. 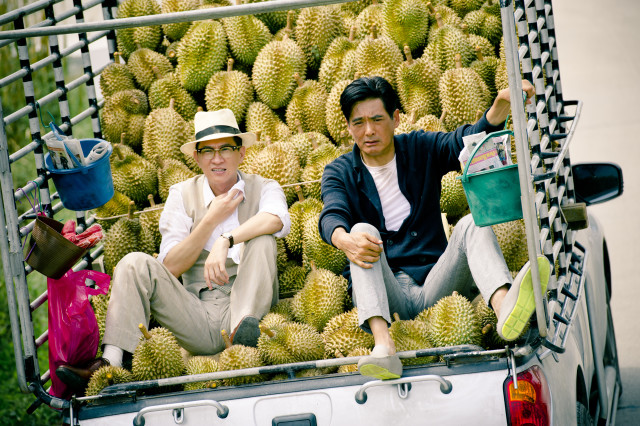 As a Chinese New Year action comedy, a large amount of light silliness is to be expected from From Vegas To Macau II. The film packs in wanton amounts of slapstick tomfoolery – thankfully, Chapman To’s grating comic relief sidekick does not return from the earlier film. That said, director Wong Jing still finds new, stupefying ways to lower the bar. Master Ken has a robot butler who provides stock “malfunctioning A.I.” hijinks, there is a Muay Thai boxing sequence in which Chow Yun Fat does pencil rolls on the boxing ring floor, an attempt at repelling deadly crocodiles by blowing bubbles underwater…we’re barely scratching the surface of the profound idiocy here. Let it not be said that Chow Yun Fat only gets humiliated in Hollywood films like Dragonball Evolution, because this is more embarrassment than he’s ever had to endure in a film. One can only imagine how anyone whose mental image of the superstar is as the suave charmer from The Man in the Net or the badass cop from Hard Boiled will be able to accept Chow subjecting himself to the myriad indignities in From Vegas to Macau II.

This reviewer has a relatively high threshold for action comedy hijinks – after all, he was one of very few critics to give the recent Mortdecai a positive notice. The gags in Mortdecai were juvenile, but there was an inner consistency to it. Here, Wong Jing takes an “anything goes” approach. Perhaps it is too much to ask for some method to this mo lei tau (nonsense talk) madness. The tonal shifts are jarring to say the least – there are goofy comedy sound effects within minutes of a brutal paramilitary assault on an Interpol safe house involving several head shots. Audiences are apparently meant to be moved by tender scenes between Mark and his young daughter, with maudlin piano and strings playing in the background. The film’s climactic scene is shockingly tragic and melodramatic, set to a weepy torch song, leading into the end credits. Then, there’s a mid-credits scene featuring a goofy surprise star cameo. 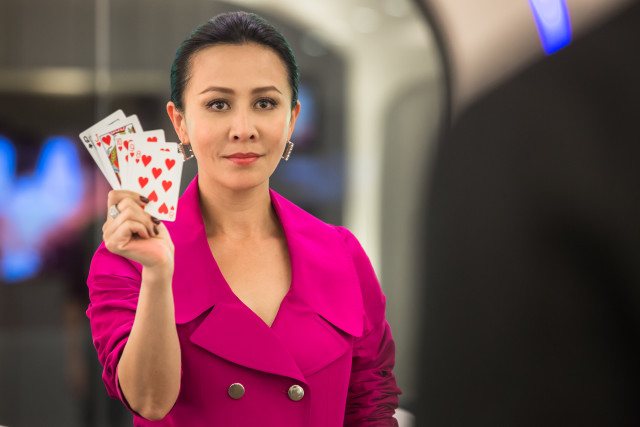 Carina Lau, who starred alongside Chow Yun Fat in Let the Bullets Fly and Tragic Hero, plays the “one true love” of Master Ken’s life. Compared to all the other nonsense in the movie, it’s relatively convincing that these two characters shared a past. Naturally, the chemistry Chow and Lau share is undermined by a plot twist later on. Nick Cheung is decent sidekick material but he is subjected to nearly as much humiliation as Chow is. Shawn Yue replaces Nicholas Tse from the previous film, who was unable to return because of scheduling conflicts. It’s a non-descript cop role, there’s supposed to be some kind of deep rift between Ken and Cool, but that’s forgotten quickly enough. 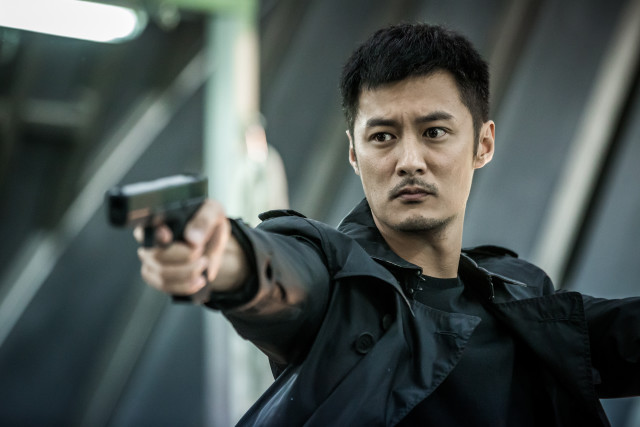 Wong Jing further cements his reputation as China’s answer to Michael Bay by packing From Vegas to Macau II with big explosions and leery scenes of scantily-clad women. As if the film itself wasn’t already obnoxious, the director appears in a cameo early on, during a game of strip mahjong. And yet again, we see nothing of Las Vegas itself in a film titled From Vegas to Macau II. We’re thinking “From Bangkok to Macau” might’ve worked a fair bit better. 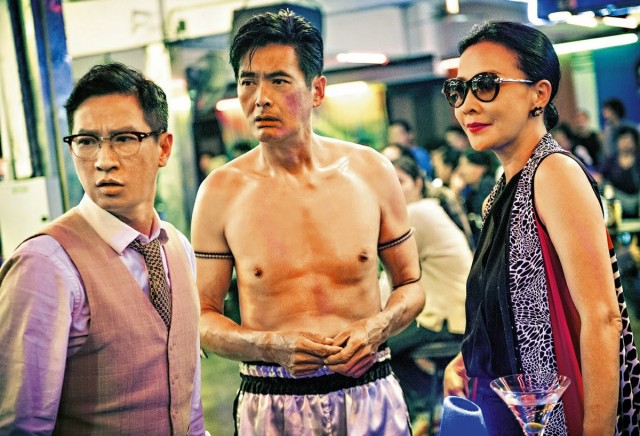 Summary: Audiences will likely eat up this flailing, tone-deaf, madcap comedy, reminding us that there’s no accounting for taste when it comes to Chinese New Year cash-grab releases.