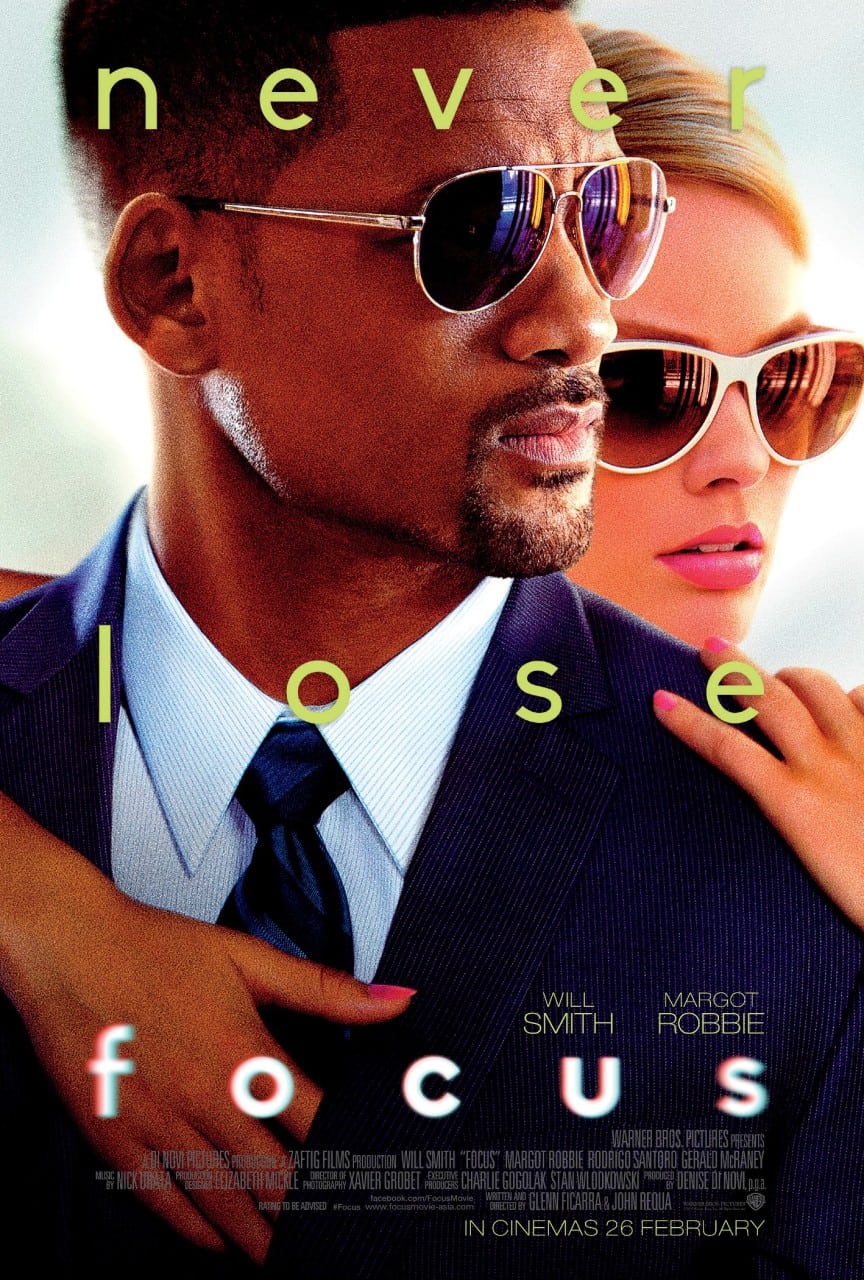 In Batman Begins, Henri Ducard had this piece of advice for Bruce Wayne – “always mind your surroundings”. In Focus, Will Smith plays Nicky Spurgeon, someone whose stock in trade is preying on those who don’t mind their surroundings. A seasoned, talented conman, Nicky is skilled in the art of persuasion and deception. He’s prepared for everything – everything except Jess Barrett (Robbie), an attractive young woman eager to learn the tricks of the trade and become a grifter herself. Nicky has never let down his guard and let his feelings get the better of him, but Jess gets closer than anyone else does. While Nicky is in the employ of billionaire racing team owner Garriga (Santoro), Jess’ presence threatens to throw him off his finely-honed game. 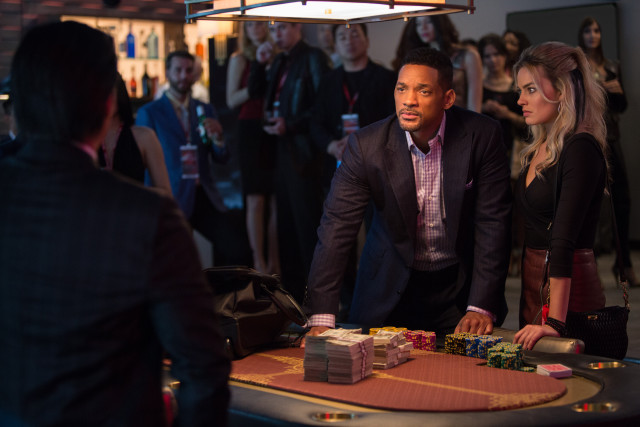 Escapism is a large part of what makes going to the movies appealing and there’s an undeniable allure to movies that offer a peek into worlds only the privileged few have access to. Focus very effectively seduces the audience, beckoning them into a dizzying, dazzling world of lies and shiny objects. There are certain dangers associated with the subgenre of conman movies – the audience should feel like they’ve been taken on a ride, but not for a ride, the difference almost imperceptible. Nobody likes the feeling of being invested in a film for two hours only to feel played out by the big reveal. Writing-directing duo Glenn Ficarra and John Requa manage to quite masterfully negotiate that, having a firm grasp on the film’s tone throughout. It’s funny and playfully sexy, but there are stakes and the thrills click right into the proceedings where they could have easily felt out of place. 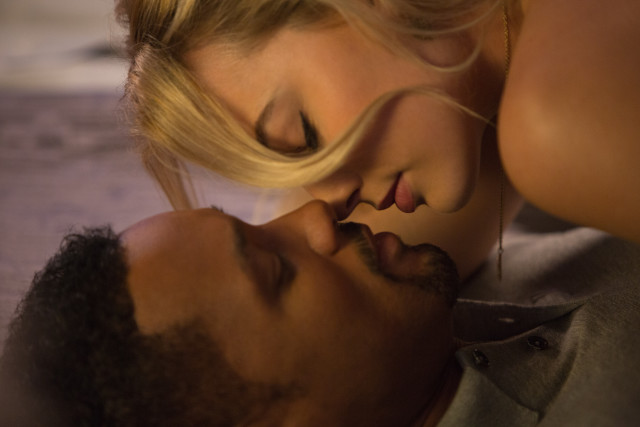 The other danger of conman movies is that they can often come off as smug, as if the filmmakers are taking particular delight in feeling smarter than the audience. There is a little bit of that in Focus, to be sure, but that’s definitely better than if it were an altogether dumb affair. Real-life sleight-of-hand artist and “deception specialist” Apollo Robbins serves as the consultant on the film, choreographing the elaborate pickpocketing sequences which are very exciting to watch. While most of the jokes do work, there are a few too many at the expense of overweight comic relief sidekick Farhad, played by Adrian Martinez. The character also supplies more crass sexual innuendo than is strictly necessary. 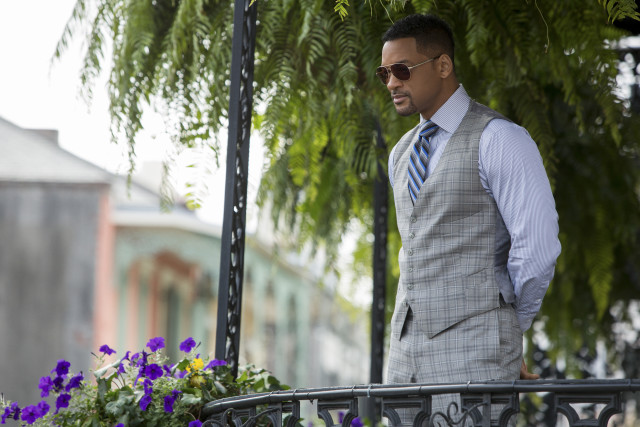 Remember how Will Smith tried to play against type as a stern, emotionless father in After Earth, to disastrous results? Focus is far more in his wheelhouse and absolutely plays to his strength as an actor. Three parts charming, one part goofy, it’s very easy to buy Smith as the shark with a heart of gold. He’s also the kind of guy who could go out with a woman 22 years his junior and it really isn’t that creepy because he’s that likeable. Margot Robbie, who impressed in The Wolf of Wall Street, is excellent here as well. Jess is simultaneously an ingénue and a femme fatale, Robbie nailing both aspects of the character. We can’t wait to see them together onscreen in next year’s Suicide Squad. At one point, Ben Affleck and Kristen Stewart were attached to star – I think we can all agree that would have had, uh, markedly different results. The devilishly handsome Rodrigo Santoro makes for a sufficiently formidable romantic rival to Smith. B.D. Wong threatens to steal the show in his one scene as an overly-excited high roller. 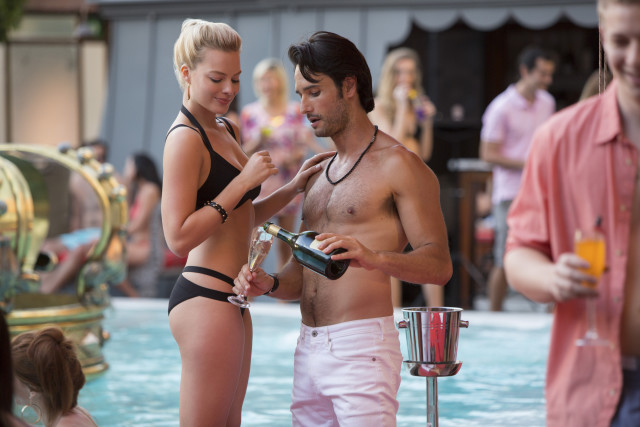 Ficarra and Requa’s previous film was the romantic comedy Crazy, Stupid, Love, which is considered one of the better examples of the genre in recent memory. With Focus, they have crafted what is almost the ideal date movie. Romantic comedies that crowbar in elements intended to appeal to men have often fallen flat on their faces – This Means War or Killers, anyone? Focus does more than serve up a shirtless Will Smith and Margot Robbie in a bikini, it attains an admirable balance of sexiness, laughs and intelligence and features a central romantic pairing that is unique and happens to really work. 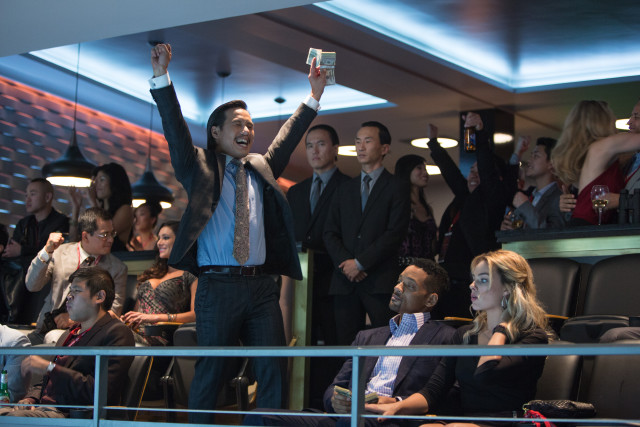 Summary: Focus is sharp, slick and sexy, gliding along on the chemistry of its leads.