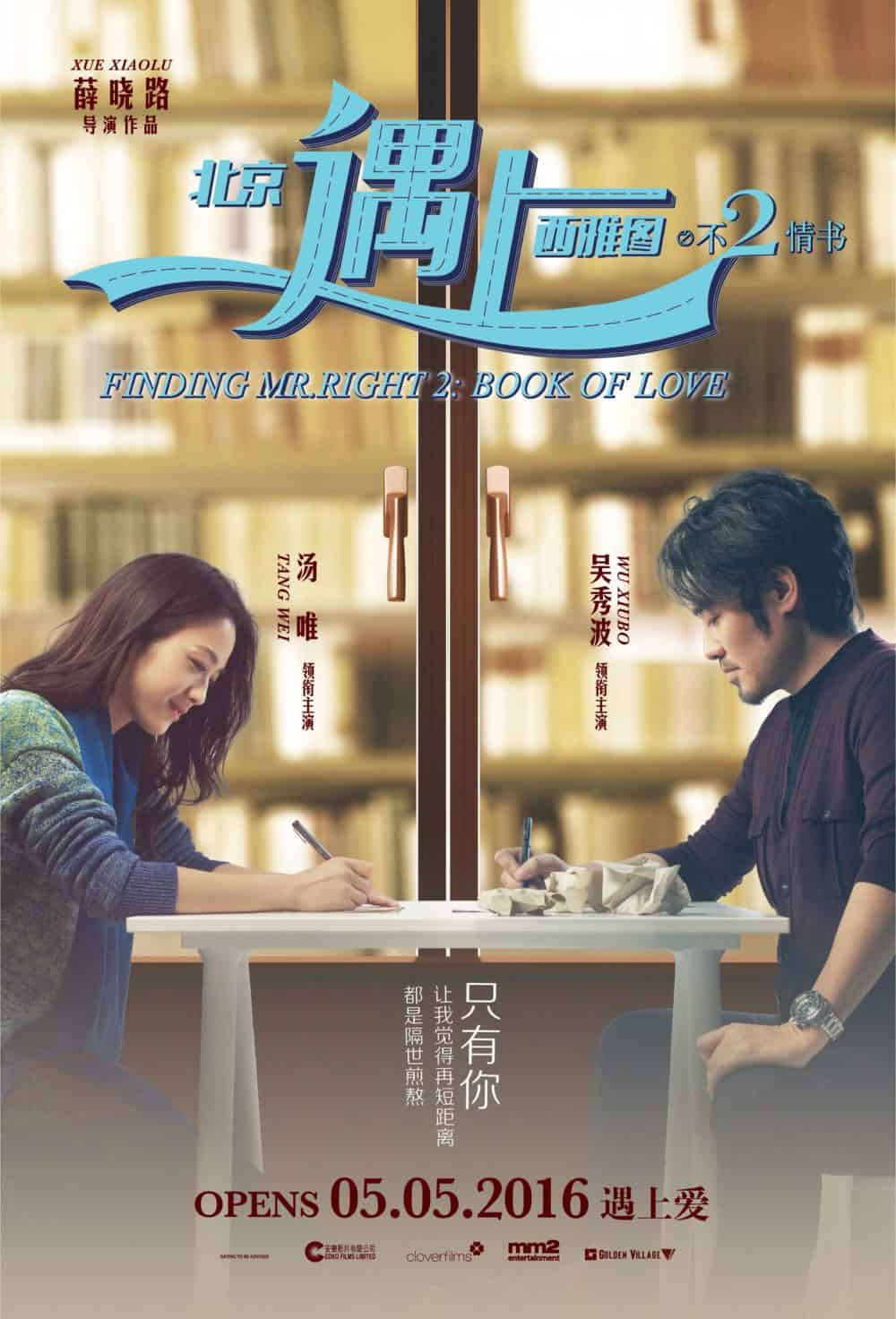 If you even bothered to read Finding Mr. Right 2’s original Chinese title above, you might have thought, “Wow, what a mouthful. Couldn’t they have found something snappier?” Snappy, however, is the exact opposite of what Finding Mr. Right 2 aims to be. In an age where ‘instant’ and ‘abbreviated’ have become cardinal values, this romcom is a luxuriant expanse of leisurely reflection on the nature of human connections and the written word. It’s a literary love fest, and as un-sequel-like as a sequel can get and still call itself a sequel.

Finding Mr. Right 2 does an Overheard and returns for a second outing with nothing in common with its predecessor except its director and two leads. Jiao Jiao (Tang Wei) is a casino hostess in Macau with a sharp eye for both high stakes and high rollers. Daniel (Wu Xiubo) is a savvy property agent in Los Angeles targeting the Chinese nouveau-rich market. Both have nothing in common either, apart from living and working away from their places of birth. When a strange twist of fate and postal misdirection puts them in correspondence with each other, the duo forge an unlikely spiritual connection, in spite of not knowing each other’s real identity. Can this epistolary relationship withstand the test of time and long-distance? 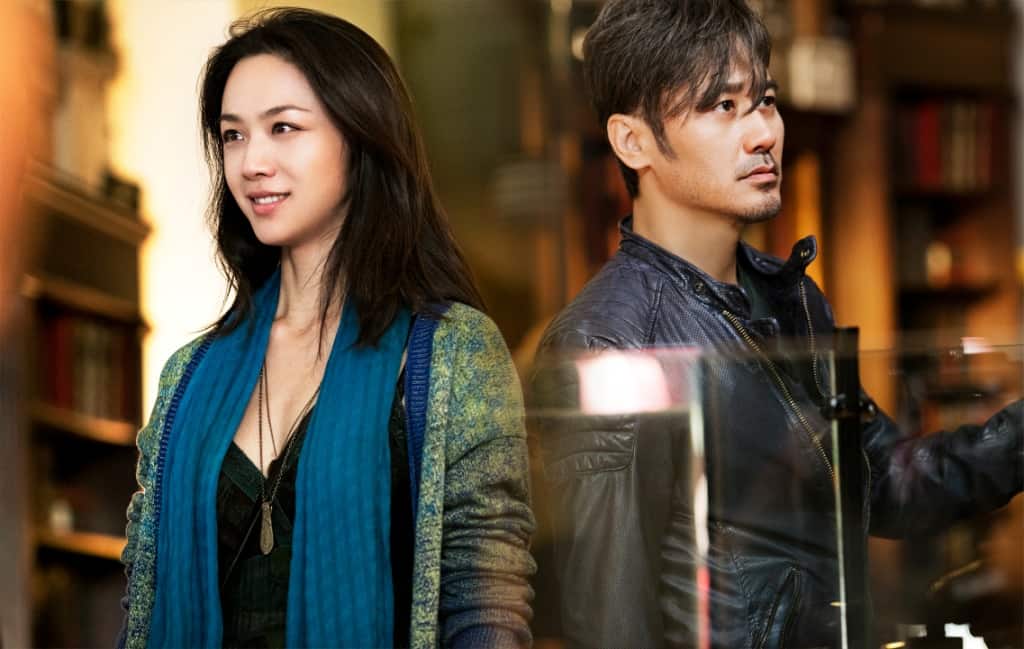 Like the budding shoots of affection that sprout between Jiao Jiao and Daniel, Finding Mr. Right 2 is a movie that takes time to find its groove and traction. There’s almost something philosophical about its lack of pace and meandering plot: perhaps it’s making a statement about the elusiveness of true love? All you cynics who just barfed after reading the last sentence will no doubt remark on how the sub-plots involving Kara Hui as Jiao Jiao’s surrogate mother figure Ling and Paul Chun as Daniel’s empty nester prospective client don’t add anything to the central romance, and you won’t be entirely wrong. The movie can become downright episodic as Jiao Jiao moves from one failed romance to another, but the constant exchange of letters between Jiao Jiao and Daniel acts as a narrative anchor, pulling most of the disparate bits together. And as for the bits that remain floating out in their own orbits, they come across as more character exposition than unnecessary window dressing.

Bibliophiles will also appreciate the movie’s celebration of the written word, from letter-writing to Chinese calligraphy and classic literature, which almost takes precedence over the love story between Jiao Jiao and Daniel. Daniel and Paul Chun’s Grandpa quote classical Chinese poetry by the likes of Su Dong Po and Qu Yuan at each other, the deus ex machina of the whole film is an actual 1970 book by American playwright Helene Hanff titled 84, Charing Cross Road and there are multiple instances of one character remarking on another’s handwriting. Finding Mr. Right 2 certainly isn’t the first movie to bemoan the replacement of paper, pen and ink by Kindles, ‘hanyu pinyin’ keyboards and ubiquitous information technology, but it’s quite possibly the first to do so from a dual East-West perspective. On-location shoots in LA and London allow for a truly transnational take on the unifying power of literature, though admittedly they also serve as barely-disguised travelogues for well-heeled Chinese tourists. But if there’s one thing the movie is aware of, it’s the constant interplay between art and economics.

It’s no mean feat carrying the weight of a movie extending in several narrative and/or thematic directions all at once, but well, it’s Tang Wei we’re talking about here. Google reviews for any of her past films and you’ll find that even if the reviewer hated the film, he or she praised Tang’s performance. There’s no one quite like her working today, and she slips into the role of Jiao Jiao with consummate ease. Finding Mr. Right 2’s script often delves into territory too cheem for the average jiak kantang Chinese Singaporean, but when Tang’s enunciating the words, you’ll get the meaning behind them anyway. Wu Xiubo is suave and charismatic as the rogue with a heart of gold, but Tang is the undisputed centerpiece of the film, with the solid performances of Kara Hui and Paul Chun only welcome bonuses.

The film’s main allure for its primary Mainland Chinese demographic is undoubtedly the ‘exotic’ foreign locales (and the vicarious thrill of seeing homegrown movie stars strolling around in them), but as walking pieces of cultural/linguistic rojak, Singaporeans are better placed to appreciate its duality. While not one of those hideously high-budget and low-quality US-China co-productions, Finding Mr. Right 2 is an international love story in its own right. 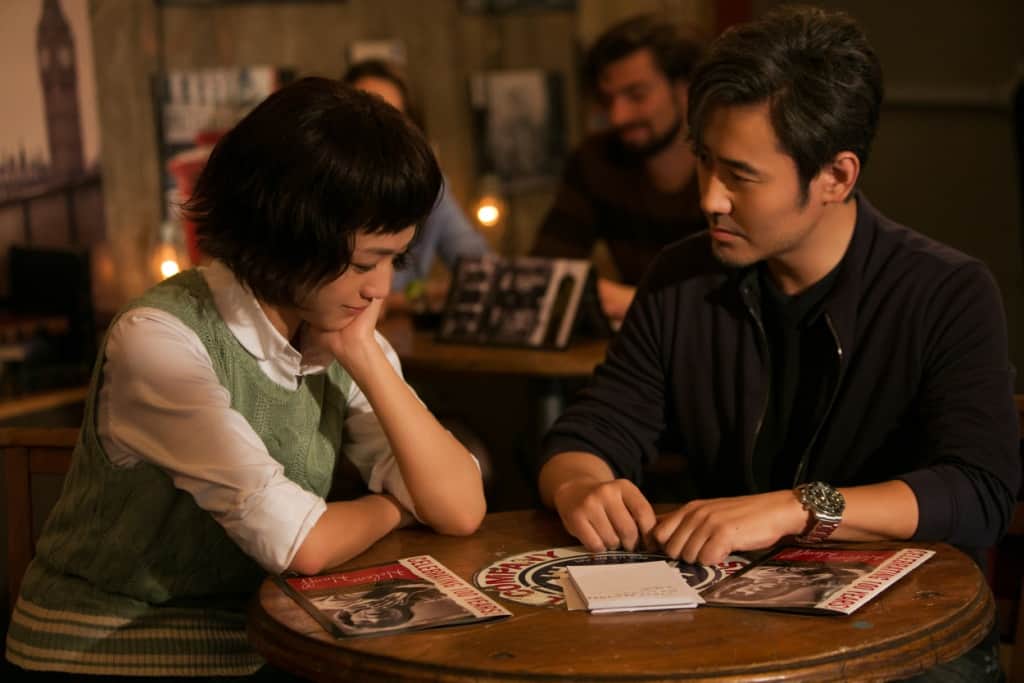 Summary: One for the scions of literature and those pining for a less frenetic pace of life. For everyone else, there’s Tang Wei.