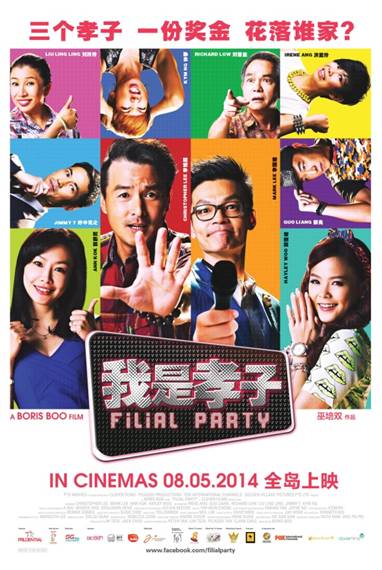 There’ve been some great films about game shows, including Quiz Show, Starter for 10, Slumdog Millionaire and Confessions of a Dangerous Mind. With large amounts of money at stake and the whole country watching, the inner workings of a TV game show are potentially intriguing and scandalous. Filial Party revolves around a TV game show of the same name, produced and hosted by Millionaire Liu (Mark Lee). Vying for $1 million are three semi-finalists: high-flying lawyer Woo Yishuang (Kok), student Yoona Zhuang (Woo) and security guard Peh Ah Beng (Christopher Lee). To clinch the cool one mil, they’ll have to prove their love for their parents before the cameras. With his contract at the TV station on the line, Millionaire Liu will stop at nothing to generate controversy in the name of breaking ratings records. 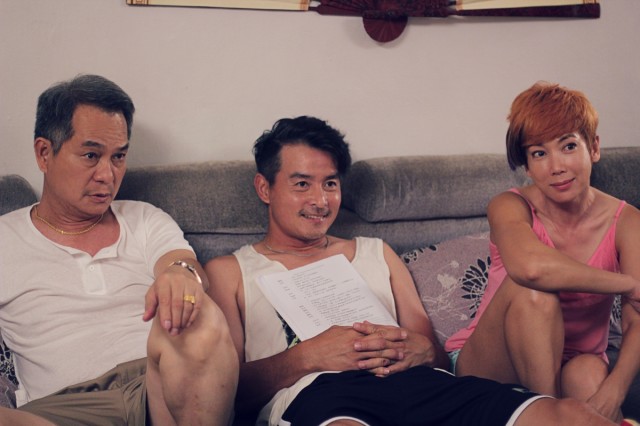 The premise of Filial Party isn’t a terrible one – after all, Singaporean society does place an emphasis on caring for one’s parents and due to the high cost of living here, there would be a degree of competition if a million dollars were offered as prize money on a TV show. Unfortunately, director Boris Boo opts instead for a nauseating blend of slapstick high comedy and heavy-handed melodrama. Every last character is nothing more than a caricature, there’s histrionics, table-flipping, heart attacks and even suicide and yet, we’re supposed to laugh at all this. As is typical of many Singaporean films, the level of product placement is through the roof. The excuse could be made that actual TV game shows do a good deal of plugging for their sponsors, but the giant unfurling Prudential insurance company banners is past pushing it. 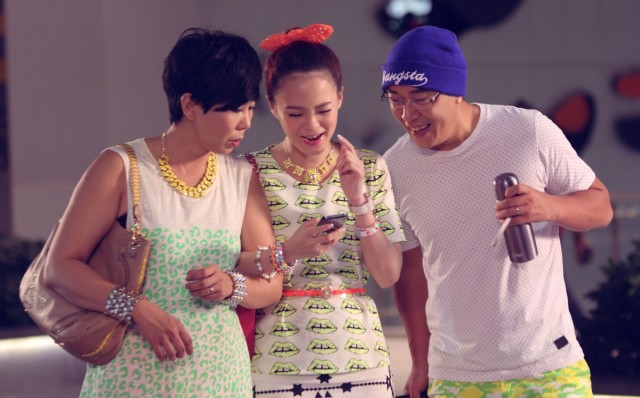 One of the many tasks Filial Party fails to accomplish is that of selling the titular show as a believable one. The rules and structure seem arbitrary, many of the stunts arranged for the contestants to prove their devotion to their parents liable to result in lawsuits. This might be even less ethically dubious than The Hunger Games. Mark Lee’s Millionaire Liu (is that what it says on his birth certificate?) is depicted as unscrupulous and shady, going back on his word, threatening contestants behind the scenes and altering the terms of the contest and yet, we’re apparently supposed to also find him likeable and charming. Viewers of the TV show are actively encouraged to ambush contestants to film them in secret, in the hopes of catching them in the midst of an un-filial moment. While this could have been an opportunity for some astute satire of the detestable trend of “citizen journalism” (i.e. public shaming) in Singapore which is far from being stomped out, it just ends up being a contrived plot device. 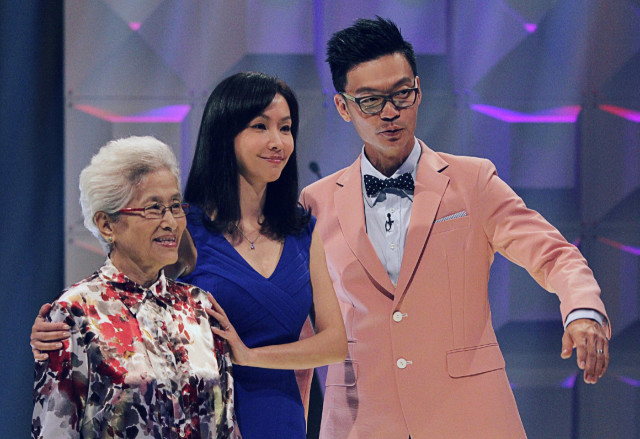 Christopher Lee is convincing as an uncouth regular Joe (make that Beng) who is pushed into joining the show by his wife (Kym Ng) in the hopes of paying off their debts, but the script resorts to tired sitcom-esque hijinks such as having Ah Beng run through a motel buck naked. Hilarious! Ann Kok is stiff and snooty, because how else would a lawyer be portrayed in a movie like this? Her character also gets a generic tragic backstory told in sepia-tinted flashbacks. Hayley Woo pouts, sulks and whines her way through the film. We get it, Yoona is supposed to be something of a mollycoddled brat. Piling on the clichés does not equal characterisation. As Ah Beng’s lecherous and unfaithful dad, Richard Low is sufficiently unlikeable, although we suspect the reaction the filmmakers’ wanted was “oh isn’t that cute, the old man is hiring a hooker! Aww.” 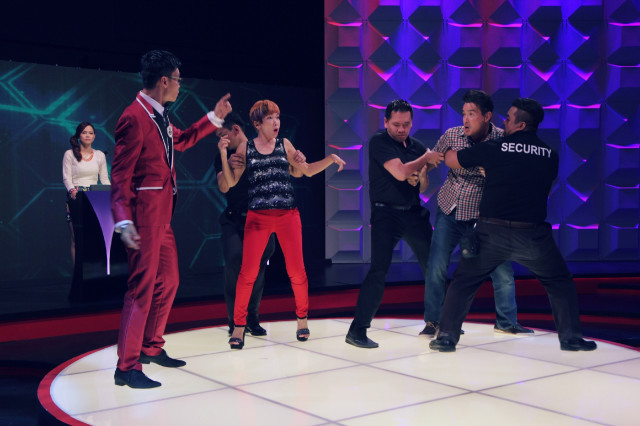 Filial Party ends with Mark Lee delivering what basically is a public service announcement straight to camera, in some odd attempt to guilt-trip moviegoers into showering their parents with affection “before it’s too late”, no doubt by buying mum and dad all the stuff that’s shamelessly plugged in the movie. Filial Party is yet another Singaporean film that is wholly unsubtle, relying on stereotypes and unfunny gags (oh, the rotund production assistant can’t stop stuffing her face! Listen to the ethnic music that plays when David Bala aka Muthu shows up for a cameo!) one minute and going for the tear ducts with a scalpel the next. The game show at the heart of the story is incompetently constructed and while there are several plot twists, Filial Party ultimately concludes predictably, while whacking the audience over the head with a very large stick.

Summary: This Mothers’ Day, give Mum a treat and take her to see anything but Filial Party.