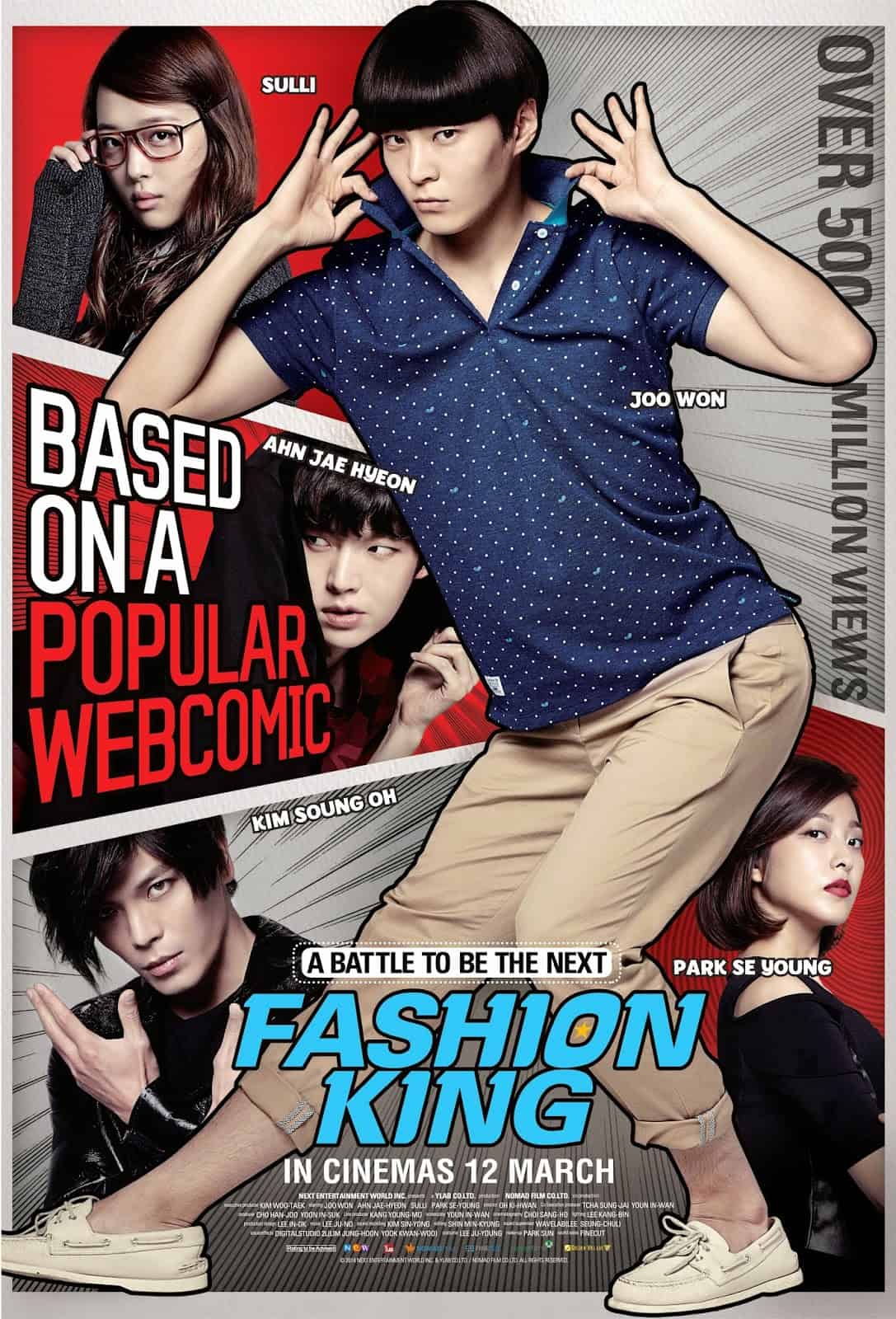 This is a review driven by moral obligation to undo the ill teachings of the latest film from South Korea. It is a coreless movie that celebrates the most superficial of human personalities and is absolutely unapologetic and obsessed with the ideal of style over any substance whatsoever.

The film begins with an unorthodox monk wearing bling and other apparel that the non-conformist monks do not wear. He is sent on a mission by his master to experience how normal people show off their “dopeness”, which is what the whole film is about. “Dopeness” turns out to be just another term for “egoism”, so it is used interchangeably in this review.

The plot follows Wu Kim-Myung’s journey from “fashion terrorist” to “fashion king”, as he tries to impress the prettiest girl in his new college. Fashion is a business in Wu’s new college – a place where the most attractive people receive all the attention, and even sign contracts with modeling agencies. When Hye-Jin, the pretty one, steps in to a room, the camera follows her in a typical paparazzi-like fashion while the crowd steps aside. Men begin to drool and bow in worship. Same for the men, where even other men gasp in awe at their “dopeness” (apply “egoism”) and wish they were them. This is a world where the “Dope” are lifted up, while anyone less than attractive are laughed at.

Most of the plot tells the rivalry between Wu and the other student with “dope”, Won-Ho. Throughout the film, Won-Ho’s wealth and mysterious personality wins over the girls (and even the tabloids who strangely perpetually plant themselves in the campus, ready to pounce on any “dope” moment). Every social event becomes a runway – a chance to exhibit their “dopeness” and mojo – from a walk down the corridor to a sport’s day relay, where the rivals literally dress up to go down the “runway”. After several encounters, their rivalry becomes meaningless and you begin to get nauseous by the rampant materialism and hollowness of every single person on screen – unless of course you’re one of the K-Pop fans watching this out of fanatic obligation, to which this film becomes critic-proof (at the packed screening we were in, 90% were women. Fan girls for sure – they were actually laughing at every joke).

You would think that the comically exaggerated look at high school politics and fashion would perhaps serve to highlight the poisonous materialism of the characters, but Fashion King turns out to be devoted to such perverse ideals. When the new “doped out” Wu steps in, a schoolmate exclaims “bow down!” to which another hesitates “that’s against my religion”, but does it anyway. It is a film that worships these principles so shamelessly and forces you to feel inadequate for non-conformity.

Its foul principles are forced throughout the story. There is of course a romantic plot line running through the film, following Eui-Jin’s crush on Wu, her neighbour. It so happens that everyone else considers her “ugly”, just because of her dedication to her studies and her nerdy looks. Our main character Wu himself can’t bear the sight of her, always hesitating to answer her when she asks, “am I ugly?” Anyone familiar with Korean actress Choi Sulli will obviously anticipate Eui-Jin’s sudden beautification, which finally catches Wu’s attention and feelings. One would expect a lesson or two on “true beauty actually being from one’s heart”, but Fashion King offers none of that, instead rejoicing in Eui-Jin’s sudden conversion, condemning her past appearance that society deemed ugly. Fashion King’s answer to low self-esteem and life itself, essentially, is to look “dope” and really sexy, to find your “voice”, but never for anything other than narcissism and popularity. The absence of morals and principles in the film are simply appalling and bad for the soul.

The whole film seems to surface a far larger problem that is a reflection of the South Korea that today’s media promotes and idolizes. Plastic surgery, liposuction, “dopeness” – cultural identities and trends that the Korean media endorses to followers all over the world, influencing an environment that is grotesquely superficial and void of any truth or empathy. This is the world I was engulfed in and suffocated by during the agonizing two hours of running time. These stars may be the biggest faces in K-biz right now, but as you watch it, consult your moral conscience and know that you are better than that.

Summary: A coreless movie that celebrates the most superficial of human personalities and is absolutely unapologetic and obsessed with the ideal of style over any substance whatsoever.