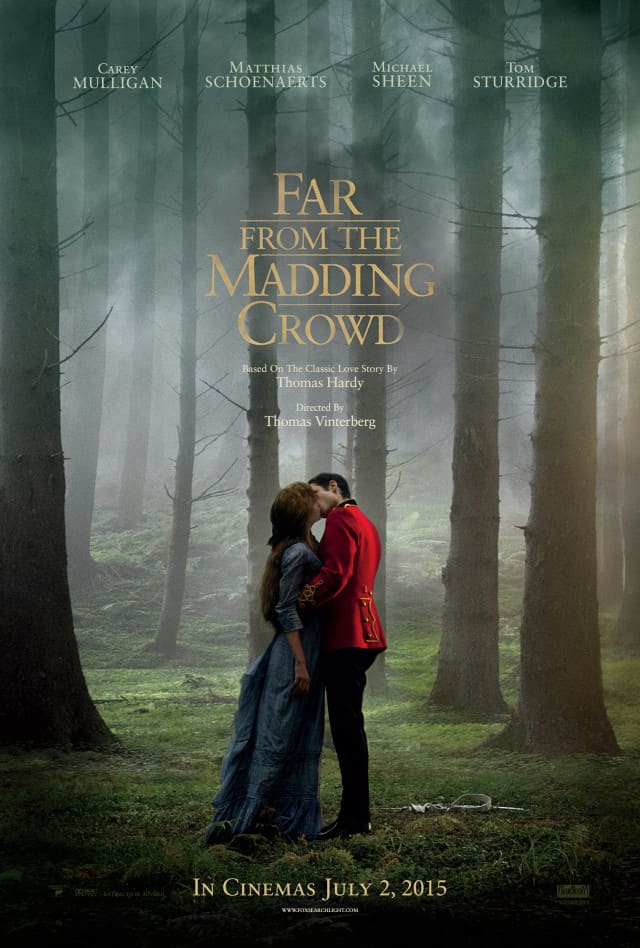 How do you solve a problem like Bathsheba Everdene? It’s a question that has plagued literary enthusiasts since 1874, when Thomas Hardy first introduced her to the world in one of his classic novels, Far From The Madding Crowd. Today, 141 years later, that same question haunts Thomas Vinterberg’s sumptuous, smart adaptation – one that tries valiantly, but doesn’t wholly succeed, in celebrating the strength of a character that was always somewhat illusory to begin with. 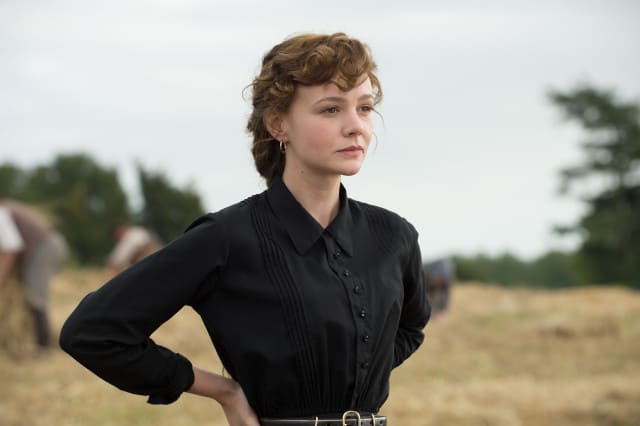 In a time ruled and defined exclusively by men, Bathsheba Everdene (Mulligan) stands apart as a free-spirited, independent young lass who refuses to bow to convention. When she inherits the farm belonging to her late uncle, she insists on running it herself – working in the fields and sacking the male workers who disrespect her authority. Small wonder, then, that Bathsheba draws the attention of three suitors, each one representing a different social class and a unique brand of manhood: stoic farmer Gabriel Oak (Schoenaerts); stern, serious-minded landowner William Boldwood (Sheen); and sexy, emotionally scarred sergeant Francis Troy (Sturridge).

The main problem with Hardy’s novel, which is largely replicated in Vinterberg’s faithful adaptation, is its awkward attitude towards its lead female character. To be sure, Hardy gives Bathsheba a modern voice that still rings true today: “It is difficult for a woman to define her feelings in a language chiefly made by men to express theirs,” she declares. It’s a line so delicious that screenwriter David Nicholls nicked it wholesale for the film. And yet, on a deeper reading of the novel, it becomes far harder to tell whether Hardy is celebrating Bathsheba’s independence, or punishing her for it. 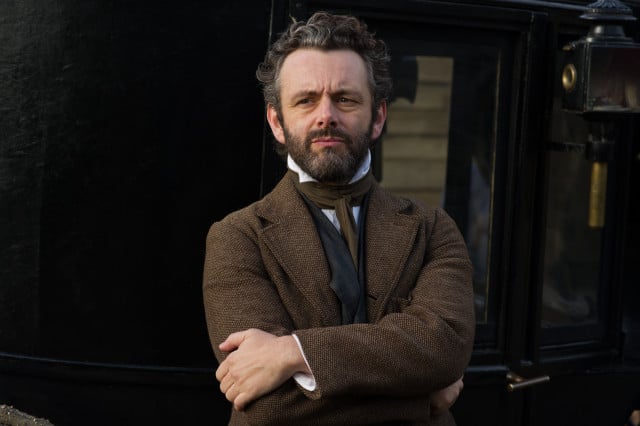 To their credit, Vinterberg and Nicholls do try a little harder to add a truly feminist bent to their version of Bathsheba’s story. More care is taken to forge a genuine emotional connection between Bathsheba and Gabriel, even as her seduction of William Boldwood is made less purposeful. Bathsheba still finds herself approaching Sergeant Troy with lust rather than caution, but she does so in a more clear-eyed manner. In effect, Mulligan’s Bathsheba seems bemused at and somewhat resigned to the sillier decisions she makes in her romantic pursuits. 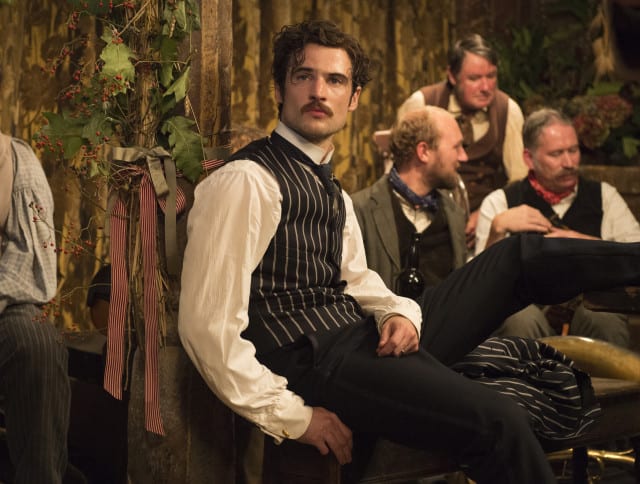 The trouble is that, while these little changes do add up to a stronger character, they also result in thematic and tonal confusion. The truth of the matter is that Hardy was not always concerned with celebrating Bathsheba as a character in her own right – he was frequently more interested in commenting on the ideal romantic suitor, the kind of man to whom Bathsheba should give her heart. There’s never any doubt, in Hardy’s mind at least, what her choice should be. After a point, then, Vinterberg’s film flounders because there is, truthfully, no real tension in the romantic dilemma that stares Bathsheba in the face. 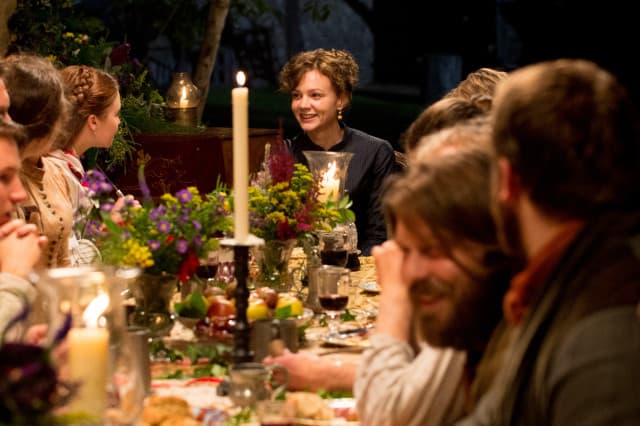 It’s a shame, because Vinterberg has brought Hardy’s world to life with a very good cast indeed. Mulligan plays the fire and spirit of Bathsheba well, although she’s trapped as much by the script as her character is by Hardy’s words and ideas in the novel. As the sturdy Gabriel Oak (his surname says it all), Schoenaerts turns a rather dull but handy lump of a man into a semi-credible romantic prospect. The ever-reliable Sheen doesn’t have quite enough screen-time, but nevertheless packs a great deal of depth and despair into the loss of William Boldwood’s heart (and, perhaps, mind) to the charms of Ms. Everdene. There’s almost more to be enjoyed in the semi-confessional scene shared by these two very different men as they sheepishly dance around their feelings for the same woman. Sturridge, meanwhile, is the relatively weaker link in the cast; his performance is fuelled more by his sexy moustache and saucy swordmanship than anything else. 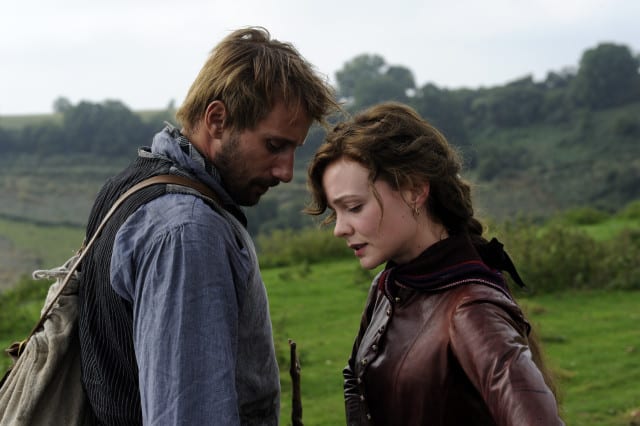 At a point in time when female-led films are being discussed, dissected and celebrated more than ever before, Far From The Madding Crowd would – at least on the surface – appear to be part of this growing tradition. The filmmakers have certainly tried to create a version of Bathsheba Everdene that’s unequivocally appealing to a modern audience. But it’s an effort that, ultimately, doesn’t quite work, since the point of Hardy’s novel was arguably more about the man Bathsheba should marry, and less about Bathsheba herself.

Summary: A decent adaptation of a problematic novel, which awkwardly tries to find a feminist angle where there isn’t much of one to begin with.