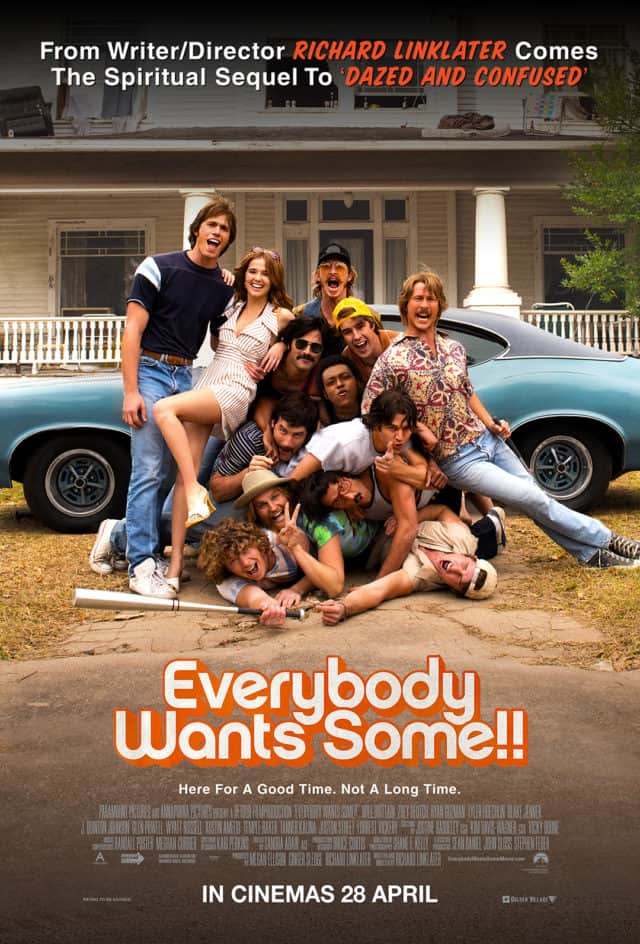 This reviewer went into the cinema expecting a nostalgic feel-good homage to the 1980s, and sat through the first twenty minutes thoroughly unimpressed by what appeared to be an over-privileged white jock’s coming-of-age story set in the 1980s. But as the credits rolled, he told himself that he really should have gotten around to watching one of Richard Linklater’s earlier films. Perhaps then he would have known what to expect from Everybody Wants Some!!, because he certainly didn’t expect it to be as thought-provoking and mellow as few films in the age of blockbusters still are. 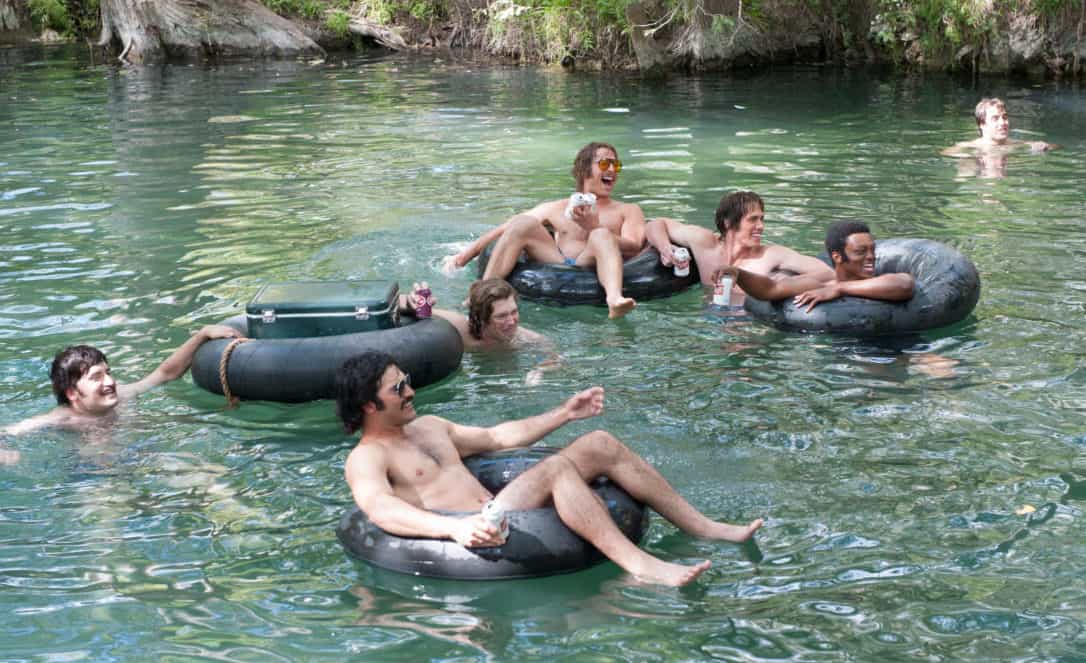 Everybody Wants Some!! is Linklater’s spiritual sequel to his 1993 high school comedy Dazed and Confused, which launched the careers of Ben Affleck, Matthew McConaughey and Milla Jovovich, among others. This time around, he’s cast Blake Jenner (previously best known for his work on Glee and for being Supergirl Melissa Benoist’s husband) in the role of college freshman Jake, around whom the gently lyrical events of the movie unfold. ‘Gently lyrical’ is not how most people would describe booze-addled parties, casual promiscuity and college baseball machismo, but somehow Linklater manages to pull it off. Regardless of whether Jake’s chatting up aspiring thespian Beverly (Zoey Deutch), listening to upperclassman Finnegan (Glen Powell) spew profound nuggets of wisdom or getting high on weed with self-styled spiritual guru Willoughby (Wyatt Russell), there’s an ineffable touch of something that quite literally turns dirt into movie gold. 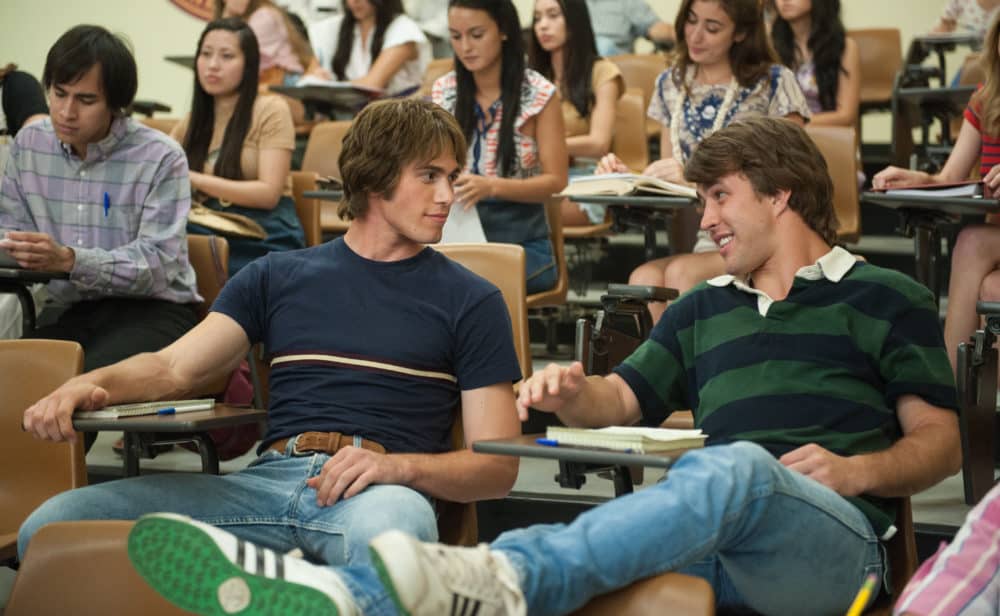 It’s not a process that happens immediately, though. The first twenty minutes, which gave this reviewer such a misleading impression, are a whirlwind tour of the crassest, most superficial aspects of American college life. Jake’s baseball seniors, played to insipid perfection by Powell, Ryan Guzman and Tyler Hoechlin, are the epitome of alpha-male egocentrism and thoughtless cruelty. It’s as if Linklater wants to get all the chest-thumping stereotypes out of the way first so he can move into more contemplative territory subsequently. Unless you happen to have been a college baseball player thirty years ago, this portion of the film will not initiate any episodes of fond reminiscing. The laughs here are firmly separated into two camps: the mean-spirited sort all the bros in the film find hilarious, and the sort that will have you snorting at how clueless these bros are. 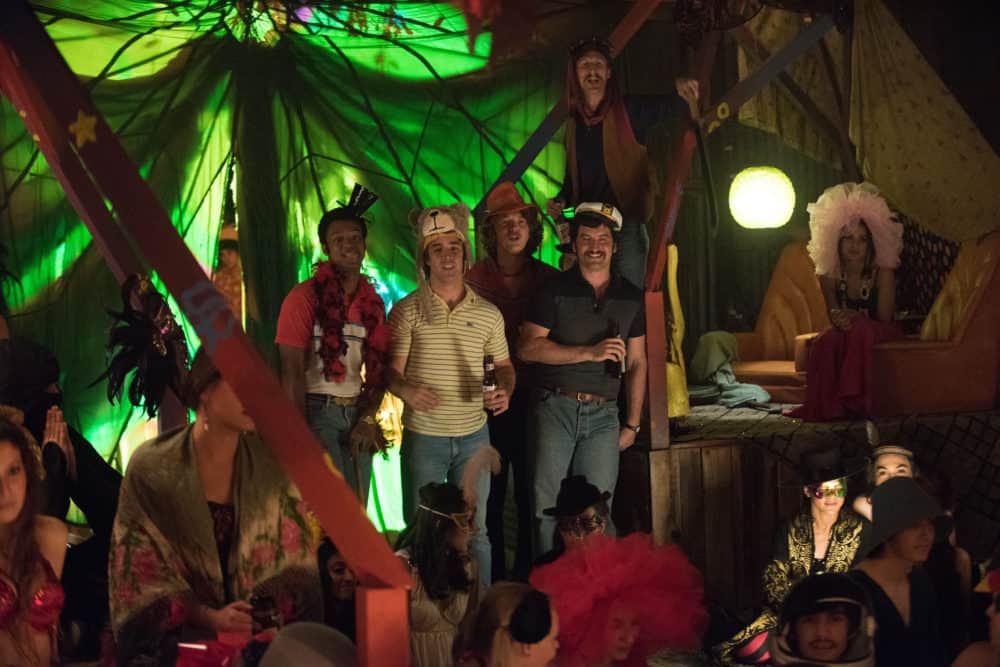 So much for the mainstream face of American youth culture. Everybody Wants Some!! truly shines when it digs beneath the surface of college life to portray its less ostentatious subsets. As a figure poised uncertainly on the lines of social division, Jenner’s ingenuous freshman Jake is well-suited to take viewers on a comprehensive tour of life’s myriad possibilities. A chance encounter with an old high school chum gives Jake and some of his accompanying teammates a glimpse into the head-banging counter-culture of punk rock. Zoey Deutch’s Beverly provides a rare opportunity for the theatrical and athletic worlds to collide, and the result is less disastrous than one might expect. Some of the bros even reveal unexpected sides of themselves. The noticeable lack of a problem that has to be solved by the end of the movie allows these strange inter-mixings to take centre stage, such that the movie really feels like a microcosm of college life. 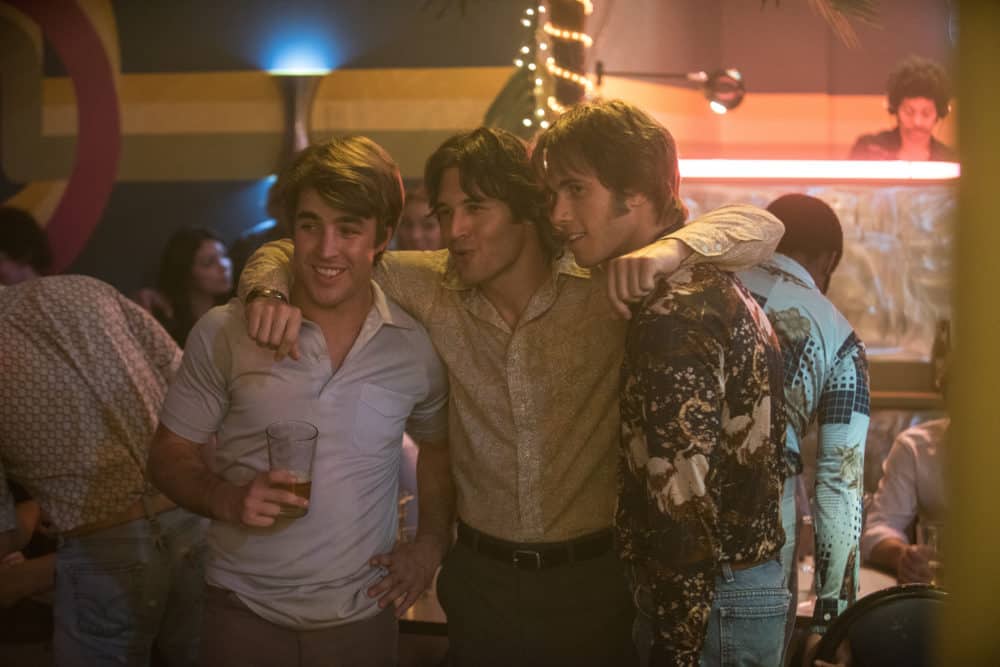 If the posterity of Dazed and Confused is anything to go by, then we should expect big things in the futures of Linklater’s young stars. Jenner convincingly portrays Jake as an unformed mass, difficult to pin down because he has yet to figure out what he wants to stand for. Deutch (daughter of Back to the Future’s Lea Thompson) and Russell (son of Kurt and Goldie Hawn) ably prove that talent is occasionally hereditary. Juston Street (son of All-American baseball player James Street) is a hoot as the borderline sociopathic Jay Niles, while Powell’s bro-ness is so effusive that he has been quoted commenting on the unusually large number of roles he gets which require him to make use of that quality (he was also a frat boy on TV’s Scream Queens and part of Sly’s crew in The Expendables 3). 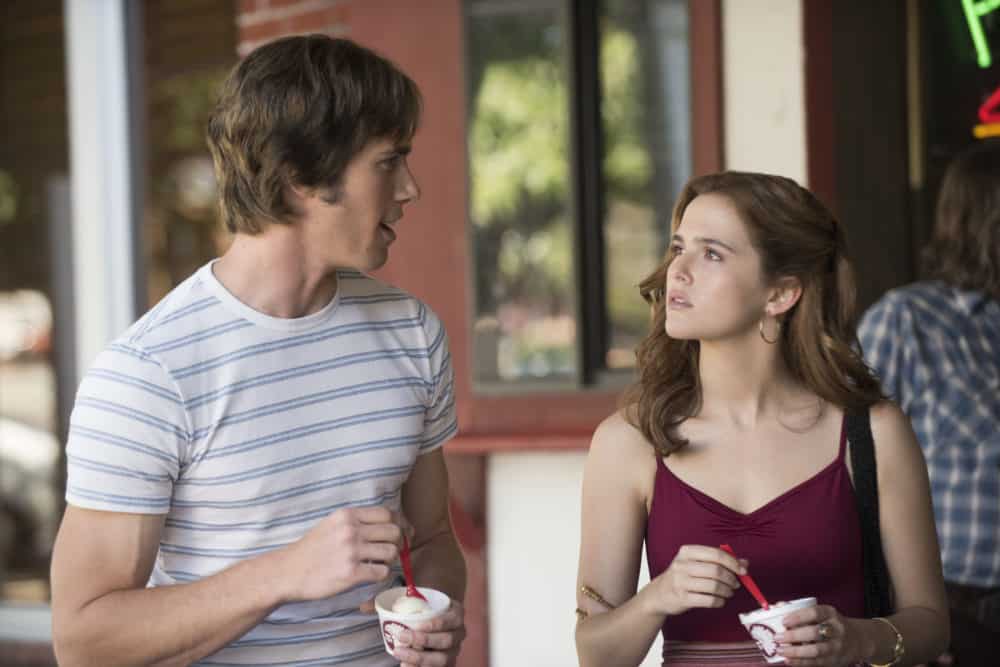 The movie ends on an unconventionally open-ended note, not one of those gimmicky cliffhangers or sequel baits, but rather an all-too-rare example of an end that is also a beginning. Life is a movie that runs for far longer than 116 minutes, as Linklater also demonstrated with his 12-year epoch Boyhood. 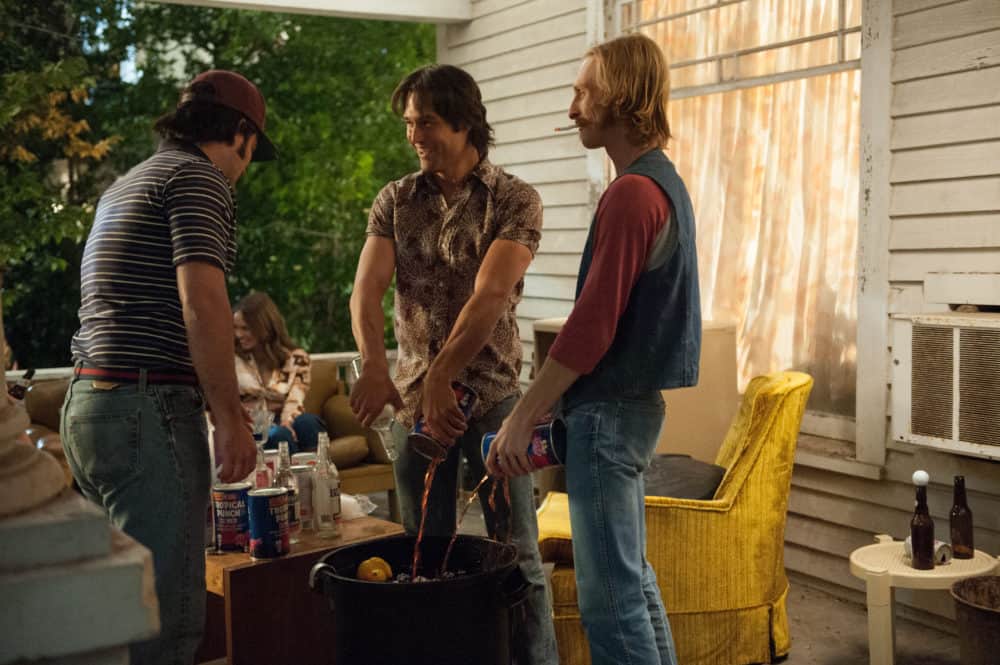 Summary: Occasionally meandering but always poignant, Everybody Wants Some!! captures both the idealism and irresponsibility of youth in a narrative suffused with the zeitgeist of the 1980s.