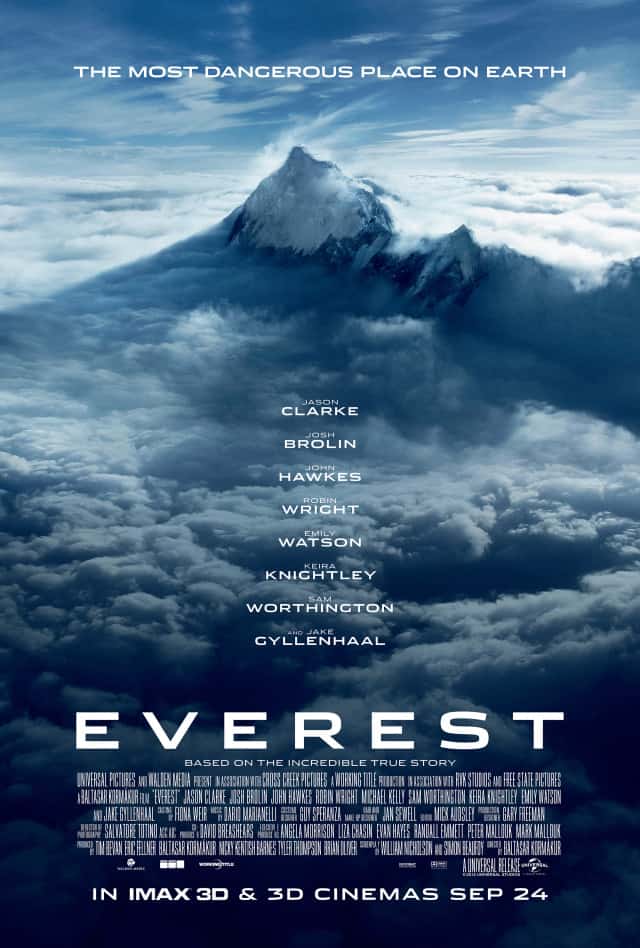 There is a Chinese proverb that warns of the dangers of the oceans, which roughly translates to “bully the mountain but never bully the water”. It turns out that mountains aren’t to be trifled with either. It is 1996 and Rob Hall (Clarke), founder of expedition guide agency Adventure Consultants, is leading a group of climbers up Mount Everest. His clients for this season include Doug Hansen (Hawkes), a mailman who has made two failed attempts to ascend Everest; Beck Weathers (Brolin), a Texan doctor; Yasuko Namba (Naoko Mori), a Japanese woman who has climbed six of the world’s seven tallest peaks and is hoping to complete that list by reaching the top of Everest; and journalist Jon Krakauer (Kelly). Rob’s wife Jan (Knightley) is pregnant with their first child and is awaiting his safe return. It is a crowded climbing season at Everest base camp, with expeditions from various countries and Scott Fischer (Gyllenhaal), founder of the rival expedition agency Mountain Madness, also with their eyes on the prize. When disaster strikes at the roof of the world, every last ounce of determination and endurance will be required to stay alive in the most inhospitable of conditions. 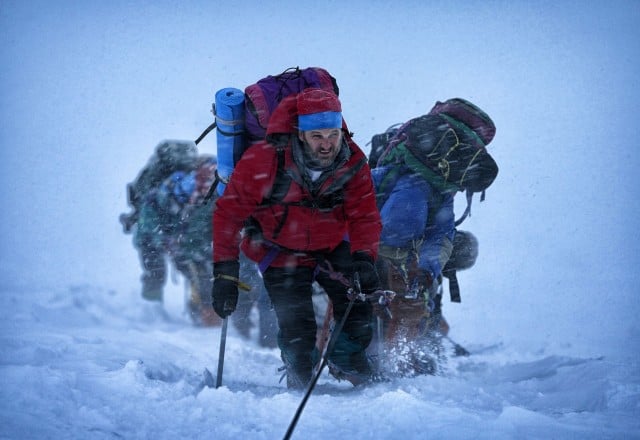 The 1996 Mount Everest disaster is a well-documented tragedy, covered by multiple books, documentaries and a TV movie. Jon Krakauer’s book Into Thin Air is probably the best-known account, though some have called the veracity of his version of events into question. The poster claims Everest is “the most dangerous place on earth”, though mountains like Annapurna, K2 and the Eiger have claimed a larger ratio of lives. Still, that’s not to diminish the obvious risk inherent in climbing Everest. Director Baltasar Kormákur is clearly striving for a depiction that is as accurate, objective and respectful as possible, lending the movie the vibe of a National Geographic docu-drama re-enactment, but with a much larger budget and better actors. Movies allow audiences a glimpse into worlds they would never step into otherwise, and Everest achieves a sufficient degree of authenticity, thanks to location shooting in Italy’s Ötztal Alps, Iceland and Nepal itself. This is a film that was made for the IMAX 3D format and while there is an actual IMAX 3D Everest documentary, this film offers a more immersive and thrilling experience because of its narrative.

The movie makes it crystal clear that ascending Mount Everest is a behemoth undertaking, involving training and acclimatisation, complex logistics, the harshest of elements and coming at a high monetary cost as well. The screenplay, credited to Simon Beaufoy and William Nicholson, tidily explains the rules and technicalities in layman’s terms while not dropping exposition into the audience’s lap wholesale. The film, via Michael Kelly’s portrayal of Krakauer, directly addresses the question most viewers would have on their minds – “why climb Everest at all?” The famous words of pioneering mountaineer George Mallory, “because it’s there”, are invoked, but the answer – if there is a singular one – seems far more ineffable and we are able to see just how much conquering the famous peak means to the various people in the story.

Everest boasts an impressive cast by any standards, so there is the danger of it becoming “famous people on a mountain” and losing the verisimilitude of the true story. Thankfully, this is largely averted. Jason Clarke is excellent, portraying Rob Hall as diligent and attentive, while also aiming to turn a profit/make a living. Josh Brolin’s rugged charm is on full display, but it is John Hawkes who turns out to be the emotional core of the film. Hawkes’ portrayal of Doug, whose passion for mountaineering has rendered him near-penniless and has driven a wedge in his relationship with his wife and family, is quietly, painfully sympathetic. Jake Gyllenhaal’s Scott Fischer is the laid-back, free-spirited counterpoint to the by-the-book Rob, and the film benefits from never sensationalising the rivalry to cartoony proportions. 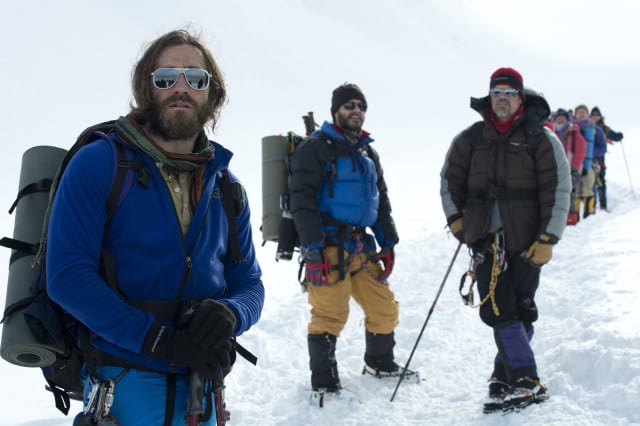 We do wish Naoko Mori’s Yasuko Namba got more screen time – this is a woman who has successfully conquered six of the seven tallest mountains in the world by the age of 47, and is clearly a fascinating person. However, we concede that giving everyone their moment to shine in an ensemble picture is tricky, let alone when set against the staggering backdrop of a mountaineering disaster. The film also falls back on the “anxious wife back home” cliché, with Keira Knightley and Robin Wright as Rob’s wife Jan and Beck’s wife Peach respectively. The fact that Jan was pregnant at the time might come off as emotionally manipulative – but then again, that is what actually took place and while it’s a formula we’ve seen many times before, we can’t think of a viable alternative to portray what the climbers’ families were going through.

While there is not a huge amount of room to establish the climbers as fully-developed characters, they are several notches up from being faceless victims and it easy to get invested in their plight. There are certain points where it might be difficult to tell the characters apart, since they are all clad in heavy-duty winter gear, are wearing goggles and mostly bearded.

Many films are pitched at “celebrating the triumph of the human spirit”. There is an element of that in Everest, to be sure, but it is tempered with the idea of Mother Nature as a harsh mistress. As the line in the film goes, “the last word always belongs to the mountain.” There’s no sugar-coating, no manufactured “Hollywood ending”, with the conclusion bittersweet in that it’s 80% bitter and 20% sweet. Everest gets off to a slow start and because the tragedy it’s based on was so well-publicised, many viewers will know how it ends, but this is a journey that is largely worth the while.

Summary: A respectful, credible account of the 1996 Everest disaster that overcomes the bits of survival drama formula it must include with some terrific performances and harrowing spectacle.