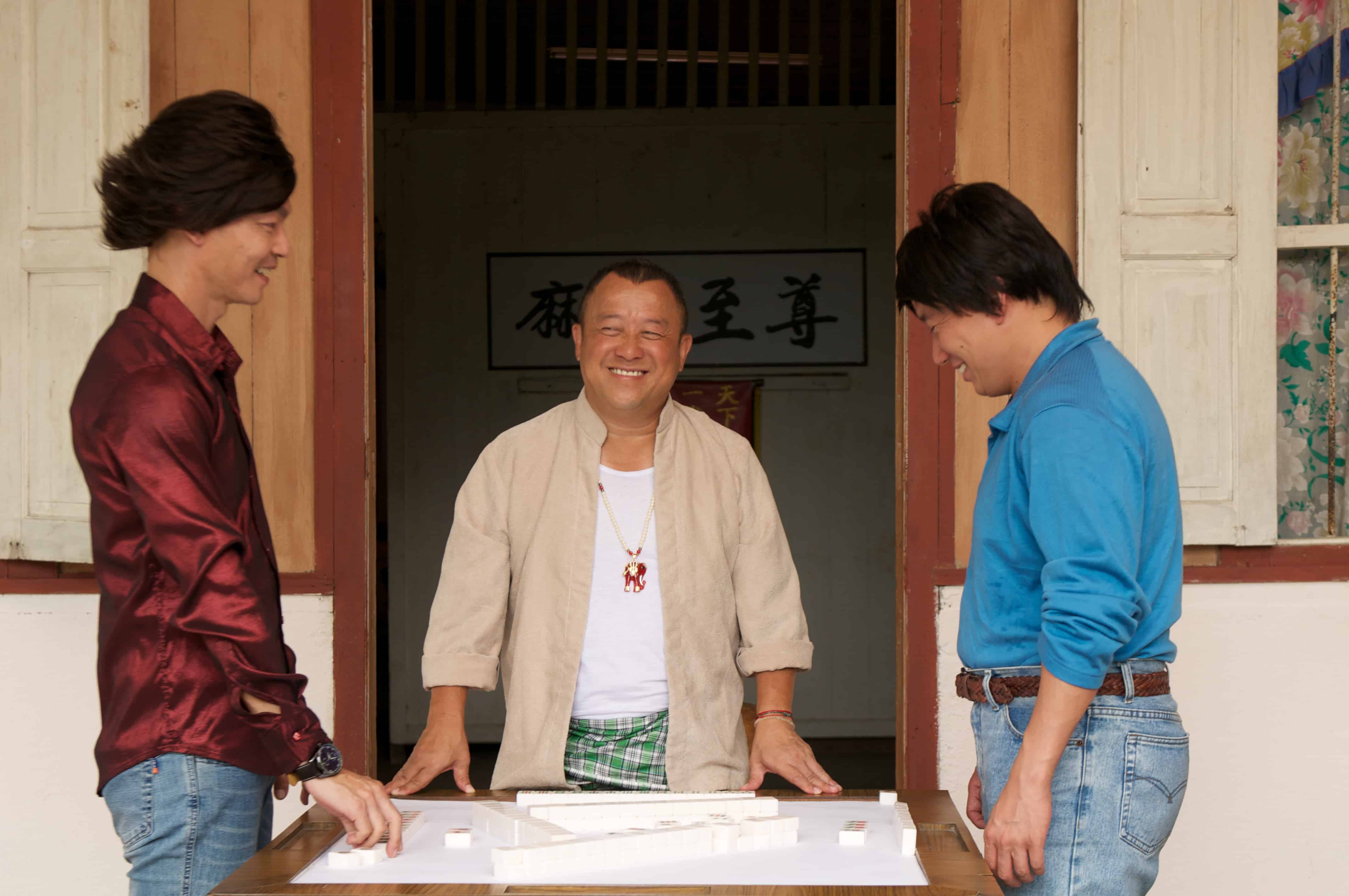 After 15 years, Hong Kong actor-producer Eric Tsang will cameo in his second Singapore produced film, KING OF MAHJONG, after LIANG PO PO in 1999. Arriving in Ipoh Malaysia on Wednesday, the veteran actor was warmly welcomed by familiar and long time friends Mark Lee and Chapman To, along with Malaysia Director Adrian Teh. The all-time favorite comedian Mark Lee, who acts as his disciple in the movie, presents the King of Tropical Fruit to his master. Both the male leads was surprised to find out that it was the actor’s virgin experience on Durian, even though he frequents Singapore & Malaysia. When asked if he enjoys what he had tried, the actor mentioned that he will not give his second try. Jokingly claimed that he started playing mahjong at the age of 3, the actor compliments Adrian Teh as a promising director, and with the sparks from both Mark Lee and Chapman To, KING OF MAHJONG is a movie film that is worth looking out for. 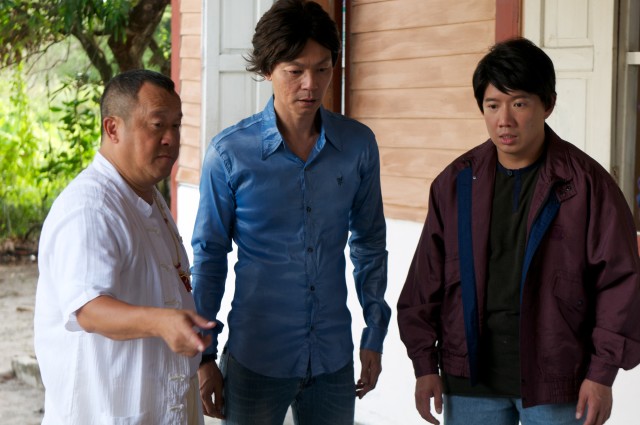 Hong Kong comedian Chapman To will soon join Singapore’s very own Mark Lee in a new comedy that is set in the world of mahjong.

The leads were unveiled by the film’s executive producer, Lim Teck, at a media briefing this afternoon. Renowned actress Michelle Ye (Ye Xuan) was also announced as a supporting cast.

While comedians Chapman and Mark are expected to deliver all the punch lines, a star-studded cast including Eric Tsang, Chu Mi Mi, King Tan Yuen and Lu Hoi Pang (from Hong Kong), as well as Singapore’s own Richard Low and Chen Jian Bin will also be making cameo appearances to up the humour quotient in the movie.

At the same time, two up and coming actresses Venus Wong and Cheronna Ng who starred in the Hong Kong hit television series “Never Dance Alone”, will be acting in supporting roles as the daughters of Chapman and Mark, respectively.

Directed by Adrian Teh (The Wedding Diary), “King of Mahjong” centers on the decade-long feud and eventual reunion of Huang Tian Ba (Mark Lee) and Ah Fatt (Chapman To), two top disciples of legendary mahjong guru, Master Ru. 20 years later, Huang Tian Ba, who is now a world-acclaimed mahjong magnate shows up in Ipoh to challenge Fatt to a final showdown – The International Mahjong King Competition. Despite Huang’s insistence, Fatt declines to join the competition as he is determined and contented to lead the life of a commoner. In a bid to force Fatt into the showdown, Huang abducts Fatt’s wife, Lei Meng Na (Michelle Ye). Fatt has no choice but to join the competition as Huang holds his wife as hostage. On the mahjong table, Fatt and Huang compete as the finalists; Ru Wu Chang’s secret mahjong technique and the truth comes to light as the winner emerges…

KING OF MAHJONG, presented by ZingShot Productions, and produced by Clover Films, will see a stellar cast of popular and critically acclaimed artistes from Singapore, Hong Kong and Malaysia. The film is slated for release in early 2015.