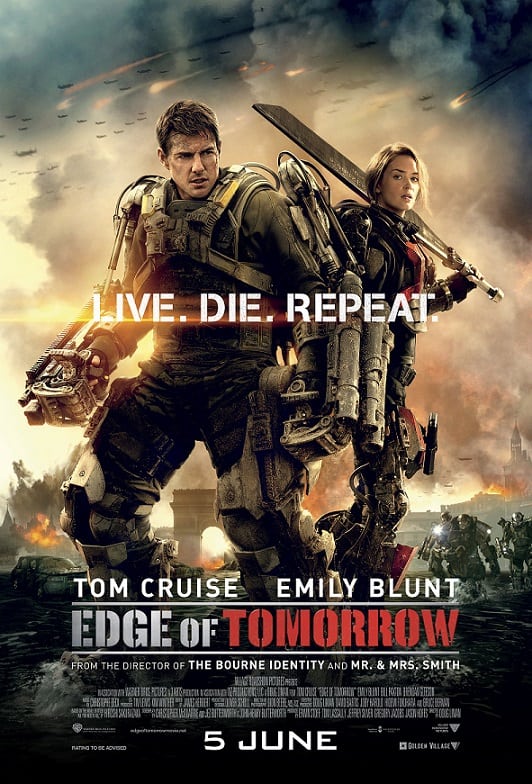 It’s like this: if at first you don’t succeed, try, try again. Major Bill Cage (Cruise) learns this the hard way, forced onto the frontlines against his will. In the near future, Europe has been invaded by a vicious alien species called the Mimics, and former ad man and PR guy Cage hasn’t the first clue how to fight them. He has no idea how to work his exo-suit and dies in battle, but reawakens, living the whole day over again. Over the course of several “tries”, he realises he is caught in a time loop, and seeks out the help of Rita Vrataski (Blunt), a seasoned warrior nicknamed “The Angel of Verdun”. Through lots of trial and error and under the tutelage of Rita, Cage starts to get the hang of it, figuring out how to outwit the Mimics in the hopes of winning the war. 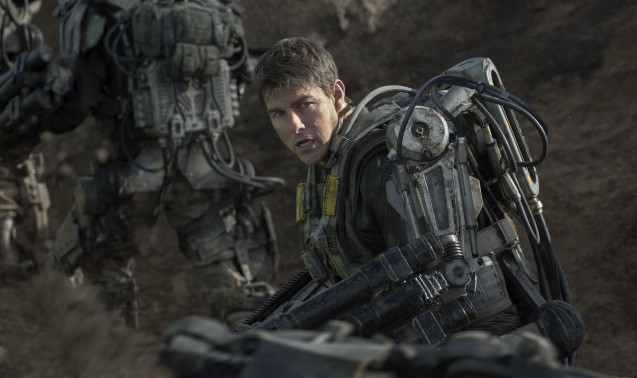 It’s like this: at first glance, Edge of Tomorrow, based on the light novel All You Need Is Kill by Hiroshi Sakurazaka, looks pretty generic. Once you’ve seen one military sci-fi action alien invasion flick, you’ve seen them all, right? Director Doug Liman knows you’re thinking this, he knows his audience will be familiar with all the genre has to offer, and so he deconstructs the clichés and turns them on their heads. Despite superficial evidence to the contrary, Edge Of Tomorrow is fresh and inventive, Liman and co. having unearthed new, exciting elements with which to elevate what could have been loud, dumb, derivative blockbuster fare. There’s a propulsive energy combined with just enough self-awareness, the screenplay by Christopher MacQuarrie and sibling team Jez and John-Henry Butterworth an unexpectedly humourous one. 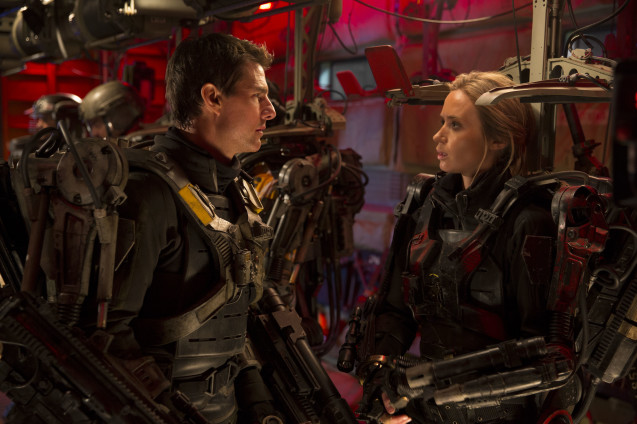 It’s like this: Edge Of Tomorrow looks a lot more conventional than last year’s Tom Cruise-starring sci-fi action movie Oblivion, but it winds up being the more creative and entertaining of the two. We’ve seen soldiers in robotic exoskeleton suits in everything from G.I. Joe: The Rise Of Cobra to District 9, so that’s not where Edge Of Tomorrow stands out design-wise. The look of the Mimics is what gives this film the edge over other alien invasion films in recent memory. Remember how utterly bland the aliens looked in Battleship? Here, we have angry-looking bundles of spiky roots, lashing out and striking with alarming speed and ferocity. These are genuinely scary opponents that are a lot of fun to watch in action. The film’s central beachhead battle is also a refreshing change of locale from the city centres in which such wars are often fought in the movies. From a helicopter crash in a barn to a training arena in which spinning metal blades stand in for the Mimics, the action sequences are consistently terrific and eye-catching. 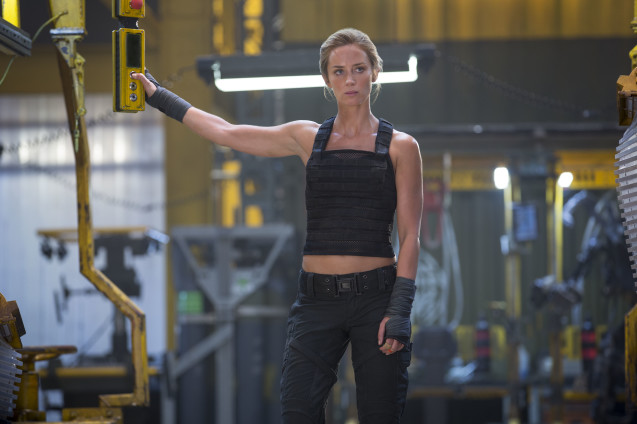 It’s like this: Cruise has remained a brand name A-lister for well over 20 years and once again proves why. Instead of being an invincible badass, his Bill Cage starts the movie as a vulnerable, unwilling fighter way out of his depth, someone who tries to charm his way out of combat duty but who is unable to. Just as it was satisfying seeing Bill Murray get better and better at playing the piano or ice carving with every successive February 2nd, it is satisfying seeing Bill Cage gradually grow into a skilled warrior. It seems Cruise has set some of his ego aside, allowing for several amusingly ignominious death scenes early on. Blunt isn’t who most moviegoers would pin as the next Sigourney Weaver, but darned if she doesn’t kick a whole lot of ass in this movie. The ever-versatile Blunt is able to sell not only Rita’s physical toughness, but her determination and steely demeanour as well. In the interplay between her and Cruise, the Romancing The Stone-style screwball comedy is kept to a suitable level, and the lengths he goes to in order to win her trust and respect are admirable. Bill Paxton does a funny, sly parody of “tough blowhard drill sergeant” types, and Squad J, the group of soldiers Cage is forced to join, are reminiscent of the Colonial Marines from Aliens in the best way possible. 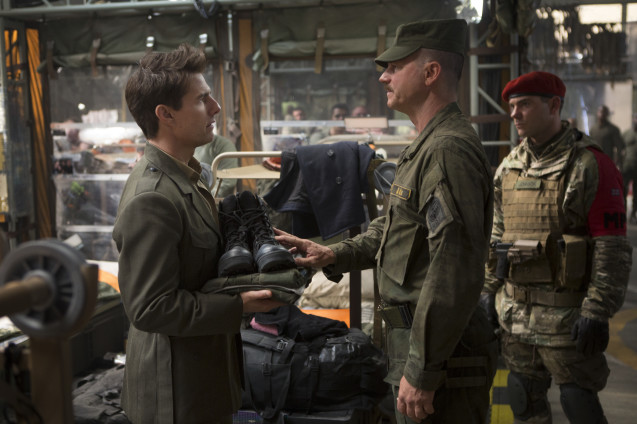 It’s like this: Edge Of Tomorrow takes the time loop, what might be considered a tiresome gimmick, and uses it to give what would already have been a decent sci-fi action flick that extra something. It’s well-paced, it’s well-acted, the action and the spectacle is engaging and immersive and it’s just about the best use of 3D we’ve seen thus far in a live-action feature this year. This puts recent attempts at military-centric alien invasion movies like Battle: Los Angeles and the afore-mentioned Battleship to absolute shame. We didn’t quite expect Edge Of Tomorrow to be this clever, this adrenaline-pumping and this much darn fun.

Summary: It’s like this: go see the most invigorating action sci-fi film in recent memory today rather than tomorrow.