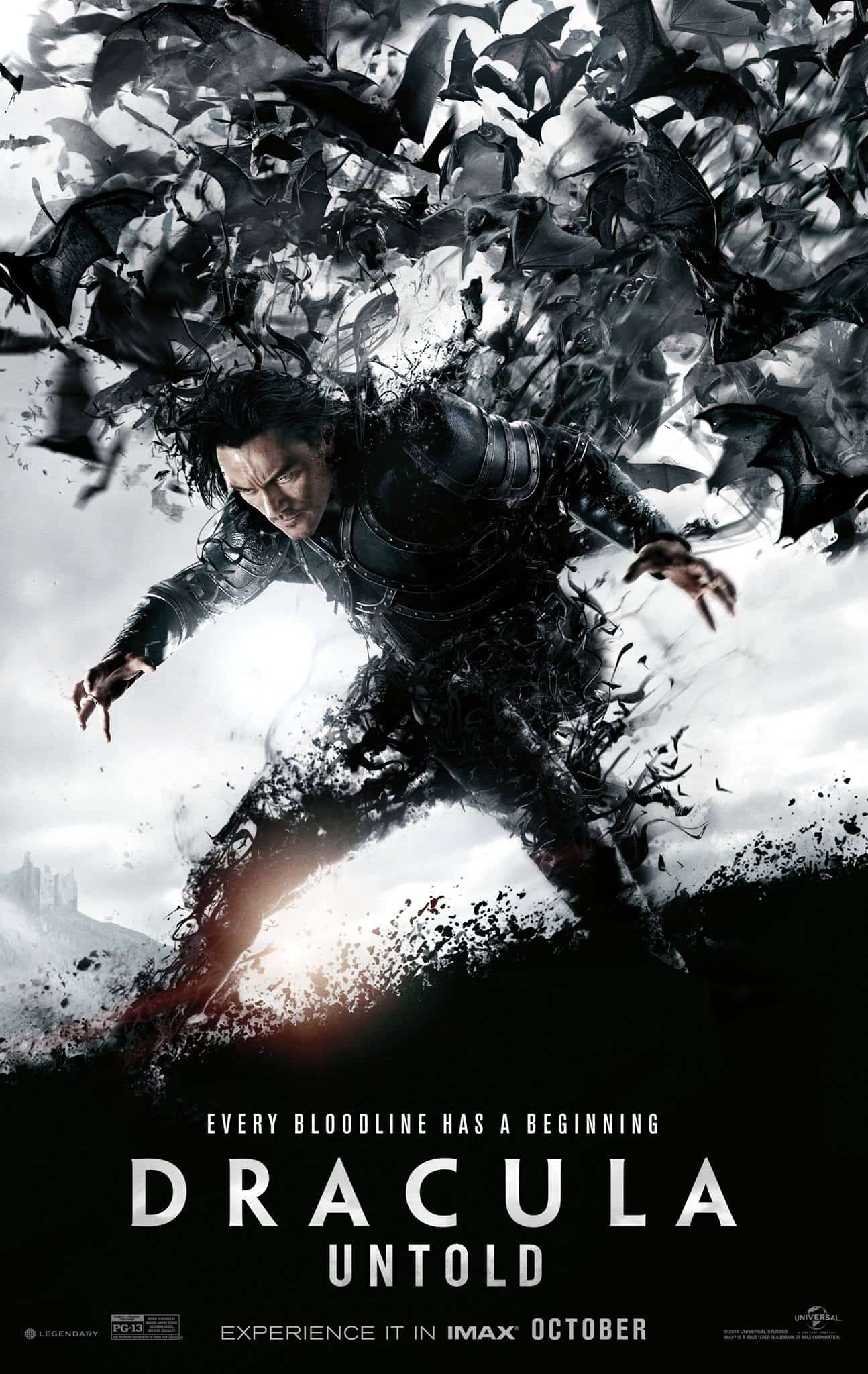 This origin story takes us back to 1462, when Dracula preferred the taste of coffee to that of blood and was still known as Vlad Tepes III (Evans). The peace that Prince Vlad’s domain of Wallachia, south of Transylvania, has enjoyed for a decade is under threat. The Ottoman Sultan Mehmed III (Cooper) demands 1,000 boys to serve in his army – including Vlad’s young son Ingeras (Parkinson). Driven by a love for his son, his wife Mirena (Gadon) and a dedication to his people, Vlad makes the proverbial deal with the devil. In this case, that devil is the Master Vampire (Dance) who has waited centuries for someone worthy enough to inherit his powers. Of course, there’s a price: with the superhuman strength, speed and the ability to transform into a colony of bats comes an insatiable thirst for human blood and various specific weaknesses, including to sunlight and silver. Will Dracula bear this curse for all eternity to save his people? 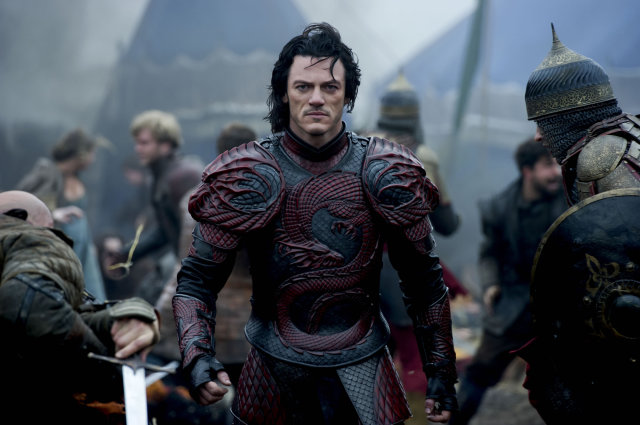 Your willingness to accept this incarnation of Dracula will be contingent on which version of the character, if any, you hold dear. Distancing itself from Bela Lugosi, Christopher Lee and Gary Oldman’s famous performances, Dracula Untold recasts its protagonist as a tortured anti-hero not unlike the Crow, Spawn or the Punisher. The character is handled similarly to the way he’s portrayed in the Castlevania videogame series and the “perspective flip” is perhaps reminiscent of Maleficent. The medieval fantasy action feel the film is striving for is also clearly influenced by Game Of Thrones, with actor Charles Dance and composer Ramin Djawadi involved in both. Unfortunately, this approach makes the film come off as generic. Largely dreary and self-serious, Dracula Untold would have benefitted from just a dash of theatricality and operatic grandeur, elements often associated with Dracula. The film’s production values are decent, the costumes designed by Ngila Dickson (co-designer and Oscar-winner for the Lord Of The Rings films) especially praiseworthy – that dragon relief detail on Dracula’s armour sure is cool. Blurry CGI used for set extensions and to create landscapes does let it down somewhat.

Evans is solid if unremarkable in the lead role. In terms of presence, his Dracula (im)pales in comparison to those of the aforementioned three actors, against whom every actor to play the role will be measured. Evans’ Vlad is stoic and strong and there is an attempt on the part of screenwriters Matt Sazama and Buck Sharpless to give him character development. You might be left wondering, “How can someone who loves his wife and child so much be okay with impaling thousands of villagers?” The morality and inner dilemma of the character is touched upon, sure, but it isn’t given the depth required to be truly compelling. The line, “Sometimes the world no longer needs a hero. Sometimes what it needs is a monster”, in addition to being something that probably applies more to Hellboy than to Dracula, just isn’t enough.

Cooper, who had a brush with vampires in Abraham Lincoln: Vampire Hunter and who’s memorably portrayed real-life villain Uday Hussein in The Devil’s Double and who was the bad guy earlier this year in Need For Speed, is the adversary here as well. In this story, Mehmed III grew up alongside Vlad, when Vlad was forcibly conscripted into the Ottoman army as a child. Cooper does look evil-cool in that ornate gold chest-plate and guyliner but doesn’t get a lot to do, the story not playing up the angle of “blood brothers-turned-enemies”. As Mirena, Gadon is little more than “the wife” and could have done with even just one ass-kicking scene. As the being who turns Vlad into a vampire, veteran actor Dance steals the show, his naturally menacing mug covered in make-up designed to echo Count Orlok from Nosferatu.

Dracula Untold is intended to launch a new Universal Monsters cinematic universe. The Marvel Cinematic Universe got its start with Iron Man, and Iron Man this ain’t – even with Howard Stark in it. That said, Dracula Untold isn’t the mess it could’ve been, considering that this is director Gary Shore’s first feature film. While horror aficionados might thumb their noses at the PG-13 rating, there are still some brutal moments in the film – these vampires don’t sparkle in the sun, they burn, as they should. There are a few moments of unintentional silliness – when Vlad hurls Ottoman soldiers into the air, they look like they’re victims of a trampoline accident and, when he commands swarming bats, it brings to mind Mickey Mouse in the Sorcerer’s Apprentice segment of Fantasia. As a period fantasy action film, Dracula Untold is a passable diversion, but as a reimagining of one of the most iconic characters in all of fiction, it leaves a good deal to be desired.

Summary: This “untold” story is a familiar one and, in place of elegance and mystique, we get humdrum fantasy action. But we’ll take these vampires over those from Twilight any day of the week.