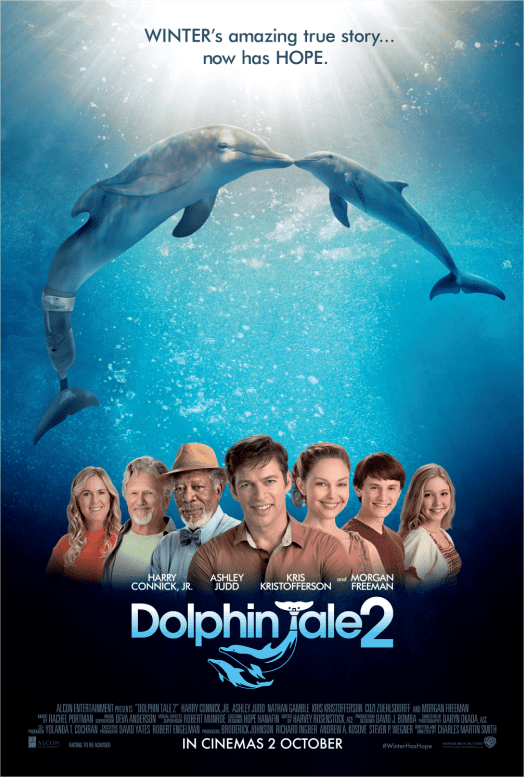 Dr. Clay Haskett (Connick Jr.), his daughter Hazel (Zuehlsdorff) and teams of volunteers cope with the crowds of visitors who flock to the aquarium to see the now-famous Winter. Sawyer (Gamble), with whom Winter shares the closest bond, notices that Winter has become erratic and aggressive. Panama, the dolphin who lives alongside Winter, dies of old age. U.S. Department of Agriculture regulation states that a dolphin in captivity must be accompanied by another of the same sex and cannot live in isolation. The companionship of rescued dolphins Mandy and Hope might be just what Winter needs. While Dr. Cameron McCarthy (Freeman) works on a new prosthetic tail for Winter, Sawyer and his mother Lorraine (Judd) must decide if he will accept a prestigious scholarship, which means spending three whole months away from Winter. 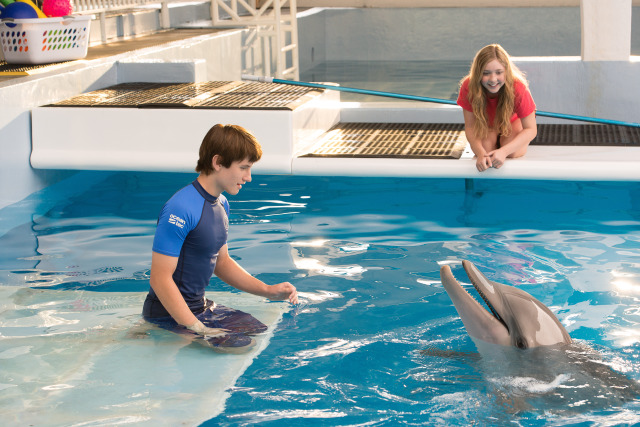 A good live-action family film seems to be an increasingly rarer beast at movie theatres these days. It’s difficult to strike a balance in order to create a film that appeals to kids but also won’t elicit protests from adults. 2011’s Dolphin Tale was mostly successful in this endeavour, an involving “a Boy and his X” tale that wasn’t overly schmaltzy. It doesn’t seem like the natural candidate for a sequel, but it turns out that Winter’s story didn’t end there. Thankfully, all the principal cast members and director Charles Martin Smith have returned, ensuring that Dolphin Tale 2 shares many of the attributes that made the first film palatable. Of course, it’s important to bear in mind that, just as it was for the first go-round, the human characters share few similarities with their real-life counterparts and “Sawyer Nelson” was created from whole cloth for the purpose of the “Boy and his X” narrative. 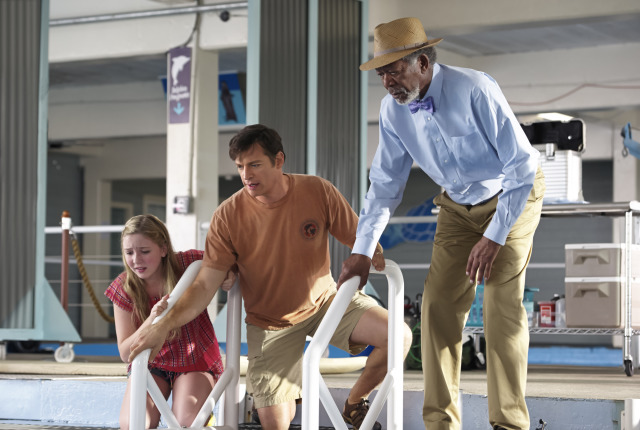 This isn’t one of those children’s movies where everyone gets along and everything is hunky-dory. There is a good deal of drama and conflict in the plot, partially owing to the main kid characters growing into adolescence. Hazel is at loggerheads with her dad and Sawyer is conflicted as to whether or not he should take an extended period of time away from Winter to go on a university research trip. Dr. Haskett has to fend off the threat of Winter being taken away from Clearwater Marine Aquarium by the USDA and has to explain to the board of directors why Winter can’t make public appearances. While it’s good that character development is made central to the story and that the film doesn’t resort to a cartoony villain, the film is undeniably at its best when we spend time with the dolphins and not with the human characters alone. At times, it can feel like Winter, Mandy and Hope are not receiving sufficient screentime, even when the focus is always ostensibly on the dolphins. 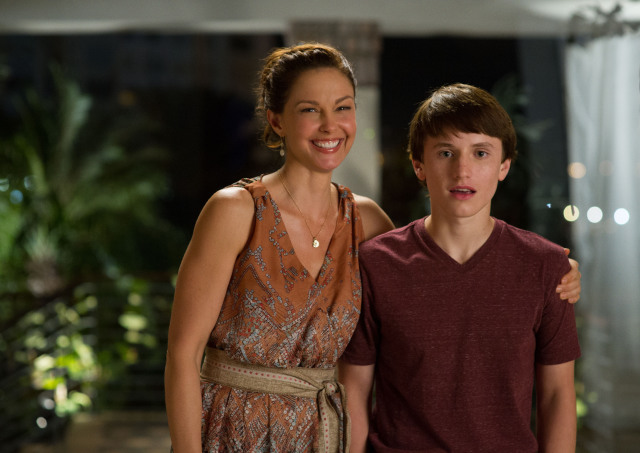 The returning cast helps maintain a sense of continuity and allows viewers to get back into Winter’s story with ease. “You kids take us by surprise, you grow up so stinking fast!” Judd’s character says at one point. She’s right – both Gamble and Zuehlsdorff have grown into fine young adults, capably handling the dramatic moments and the interaction with the animals just as they did as younger children. There must’ve been the temptation to shoehorn some kind of romance in but thankfully, Smith resists doing so. Both Kris Kristofferson and Morgan Freeman’s roles are smaller than in the last film, but their kind, authoritative presence is still welcome. “Soul Surfer” and shark attack survivor Bethany Hamilton cameos as herself. Winter and Hope the dolphins, who play themselves, deserve credit as well. 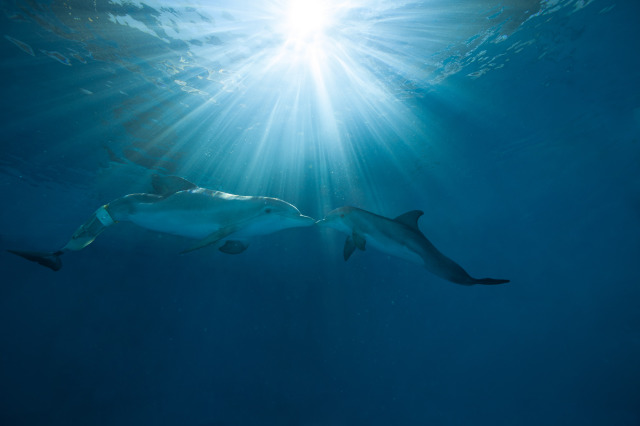 The KNB Effects Group, headed by Howard Berger and Greg Nicotero, returns to furnish the animatronic animal effects, and the results are largely seamless. That’s right, the guys responsible for the dolphin, pelican and turtle puppets in these two movies also help create the zombies for The Walking Dead. The underwater photography is also as beautiful as in the first one. In spite of some stilted dialogue and overly-engineered plot mechanics, Dolphin Tale 2 emerges as an above-average piece of family entertainment and to its credit, does not feel like a cash-grab sequel, as it well could have. Older audience members might roll their eyes at the continuing antics of Rufus the Pelican, but the goings-on at Clearwater Marine Aquarium are depicted in a fairly engaging manner. 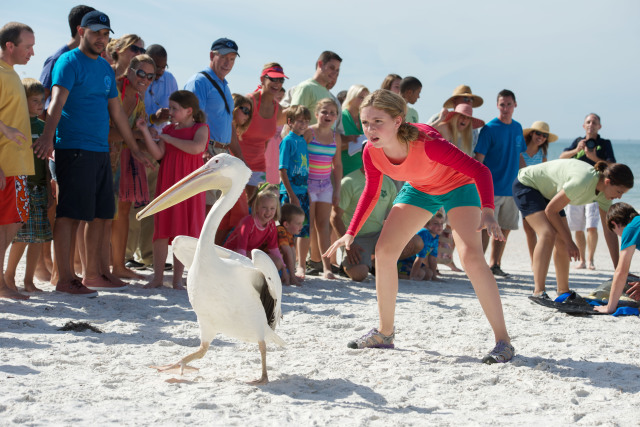 Summary: Just like its predecessor, Dolphin Tale 2 is a decent family film with an educational quotient but, just as the Clearwater Marine Aquarium has expanded and gotten busier, this film loses some of the intimacy and warmth of the first.