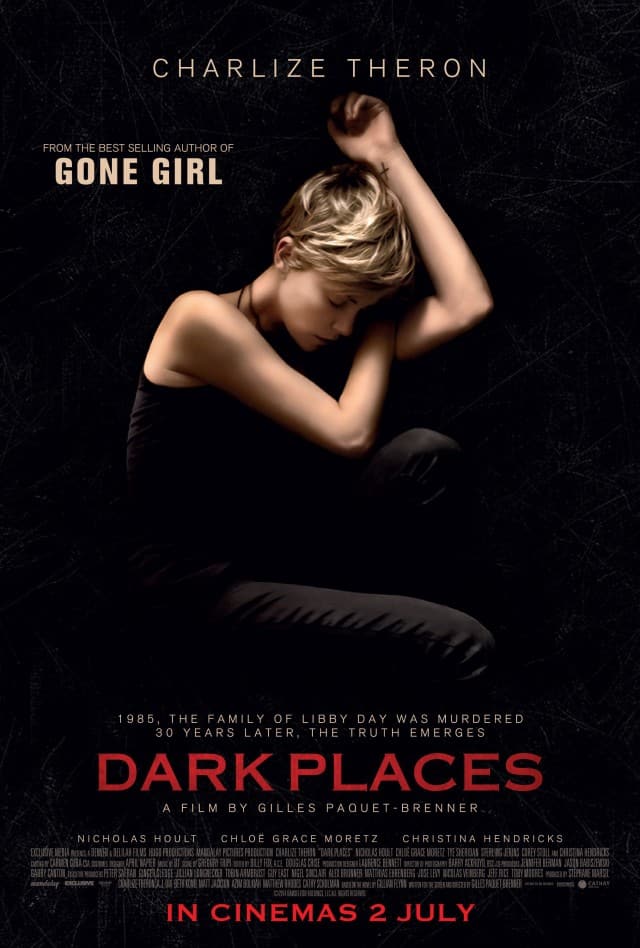 Old wounds are reopened and dark corners of the past are illuminated in this gloomy mystery thriller. Libby Day (Theron as an adult, Jerins as a child) is the sole survivor of a horrific, possibly cult-related killing in the small town of Kinnakee, Kansas, that claimed the lives of her mother and sisters. She testifies against her brother Ben (Stoll as an adult, Sheridan as a child), who has spent the last 28 years in prison. Strapped for cash, Libby agrees to entertain the request of amateur detective Lyle Wirth (Hoult), a member of the Kill Club, a collective of true crime enthusiasts. Lyle believes that Ben was innocent and, drawing Libby into his investigation, terrible secrets and painful memories are brought into the light. 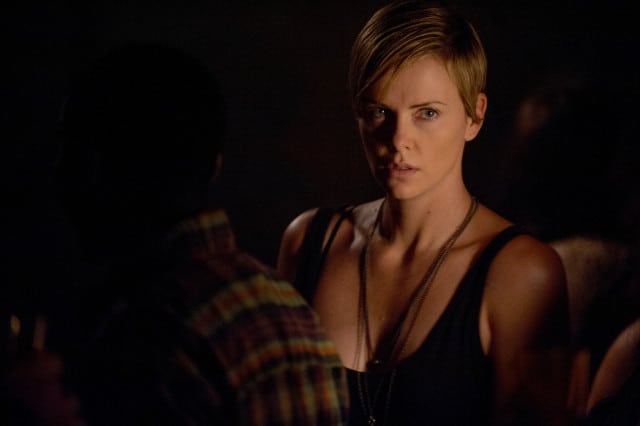 Dark Places is based on the novel of the same name by Gillian Flynn, author of Gone Girl. Adapting the dense, plot-heavy book into a two-hour film is a daunting task that writer-director Gilles Paquet-Brenner gamely tackles, but he ultimately lacks the finesse that David Fincher displayed with his adaptation of Gone Girl. The two works share certain similar themes, chief of which is the roles that the mass media and public fascination play in criminal cases. Libby is shown cynically living off the goodwill of charitable donations made out of pity, attempting to milk her own tragedy for personal gain, not because she’s a terrible person, but just because it’s a relatively easy way to support herself. There is also some commentary on the so-called “Satanic Panic” that swept the United States in the ’80s. 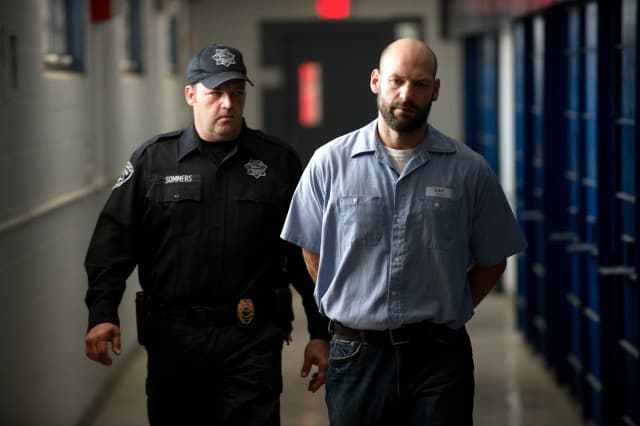 The central case in the film, with its ‘small town with big secrets’ intrigue, teenagers enacting dark rituals, the protagonist’s withdrawn older brother and his unstable much younger girlfriend ends up being not quite as interesting as it sounds. At the end of the day, even given the twists and turns and the emotional impact of it all, the plot feels like it might be something seen in a procedural television series like Cold Case or Without A Trace. The structure, which unfolds via lengthy flashbacks, is sometimes clumsily handled, especially during the tense climactic confrontation which feels like it has its momentum undercut. 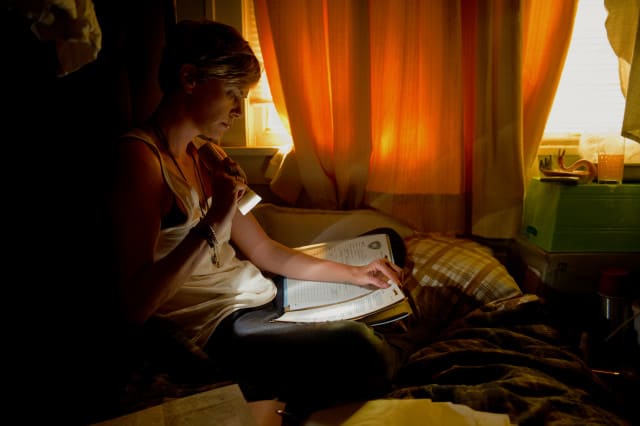 Theron brings a haunted, world-weary quality to Libby, calling upon her own personal childhood trauma to play the role. Like Libby, Theron grew up on a farm, and she witnessed her alcoholic father attack her mother, who shot and killed her father in self-defence. Here, she is low-key and serious, though one can’t help but feel that she’s miscast. As good an actress as Theron is, she cannot fully pass for someone who grew up in the American Midwest, lacking the earthiness the character needs. Amy Adams, who was originally set to play Libby but had to drop out due to scheduling conflicts, seems like she would have been a better choice for the part. Christina Hendricks, who plays Libby’s mother Patty in the flashback sequences, is fine as a single mother at the end of her rope but her performance is ultimately somewhat unmemorable. 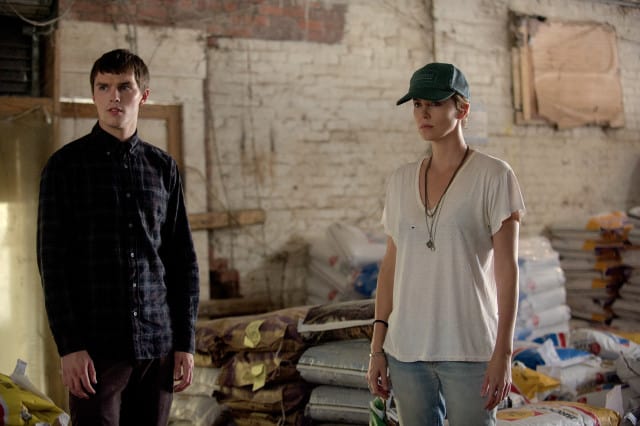 Playing the earnest ‘kid detective’ archetype, Hoult is plenty likeable and Mad Max fans will get to see Furiosa and Nux reunite under very unlikely circumstances. The younger actors are good but not great; they have to carry a considerable amount of emotional heft in the flashback sequences and the strain on them does show through. Chloë Grace Moretz, arguably the main star draw besides Theron, does have fun playing Diondra, a troubled, wayward ‘bad girl’ who might or might not be pregnant with Ben’s child. Unfortunately, she does tend to go over the top, which is jarring given that it’s not a subtle part.

Dark Places is atmospheric and appropriately grim and its female protagonist is a multi-faceted character, but the end result is mostly mundane. Judging from the film posters and trailers, the main selling point here seems to be its tenuous association with Gone Girl, and while there are similarities, Dark Places is a far more straightforward affair and lacks the many gut-punching moments that made Gone Girl so spellbinding.

Summary: Dark Places is led by a capable but miscast Charlize Theron and ends up being a grim mystery thriller than doesn’t pack as many surprises as it promises to.