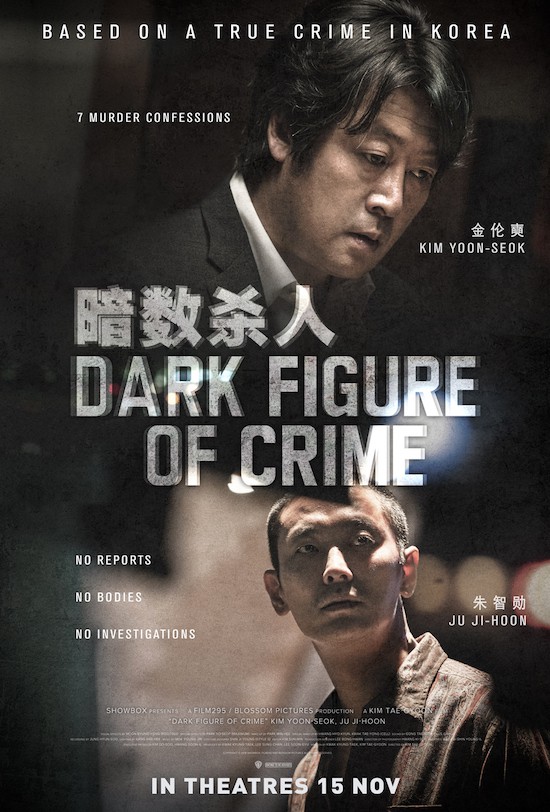 Based on a true story about Tae-oh, a convicted killer (Joo Ji-hoon, Along With The Gods, The Spy Gone North) who confesses to more murders apart from the one that got him behind bars in the first place, Dark Figure Of Crime follows Hyung-min, a committed detective (Kim Yoon-seok, Tazza, The Chaser) as he plays along with Tae-oh’s mind games.

Three months after Tae-oh’s abrupt arrest at a noodle shop during his informant visit with Hyung-min, the killer calls the detective from his prison to confess — and brag about — six more murders. Having joined the police to catch perps (despite being wealthy), Hyung-min takes the bait. 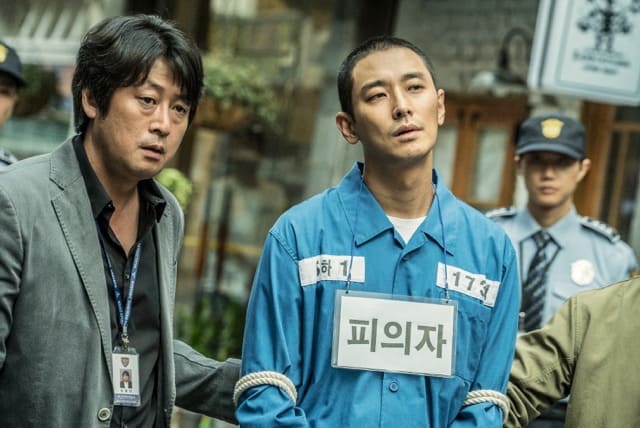 The detective visits Tae-oh with bribes, contraband items, and even a pair of long johns, to get him to talk and hopefully, put him away for life instead of his present sentence of two decades. With the help of public prosecutor Park and his trusted partner (Jin Seon-gyoo), Hyung-min engages in a wild goose chase from the dubious (mis)leads given by the serial killer.

Kim and Joo’s performances are the pillar of the film — and they don’t disappoint, not even one bit. It’s no surprise that Kim delivers, being a veteran in the Korean cinema scene and winner of several awards. Joo’s role as the psychopathic serial killer Kang is his best yet this year, among his portrayal of a high-ranking North Korean politician and the hell guardian Haewonmak. 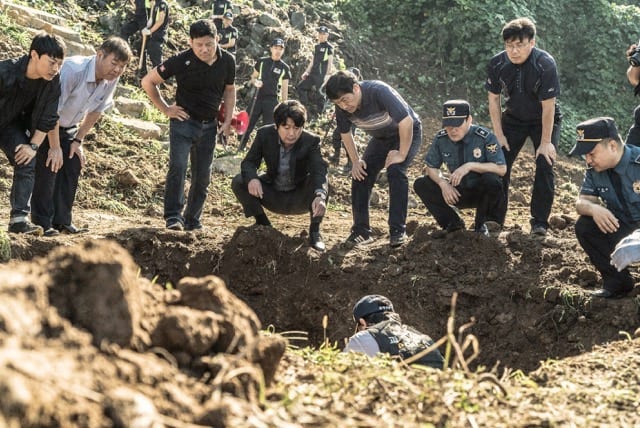 The narrative can be draggy at some points, especially during the first two acts — there are no action sequences to speak of, except for long stretches of dialogue. Fortunately, director Kim and crew use a mixture of cuts, flashbacks, and various camera angles to masterfully break up the monotony, giving the film a slow but engaging pace.

All that said, Dark Figure Of Crime is exactly what its title suggests — the unaccounted numbers of unsolved or buried cases that are forgotten by the police (not just in Korea) because of costs, career impact, or pure irresponsibility. It is not a feel-good movie (not to mention the bleak ending), which might not appeal to mainstream audiences. If you relish a mind-boggling crime mystery, though, this might just be down your alley.

Summary: A rare crime mystery with little to no action, but bolstered by compelling performances and engaging storytelling on the dark sides of law enforcement and unsolved murders.