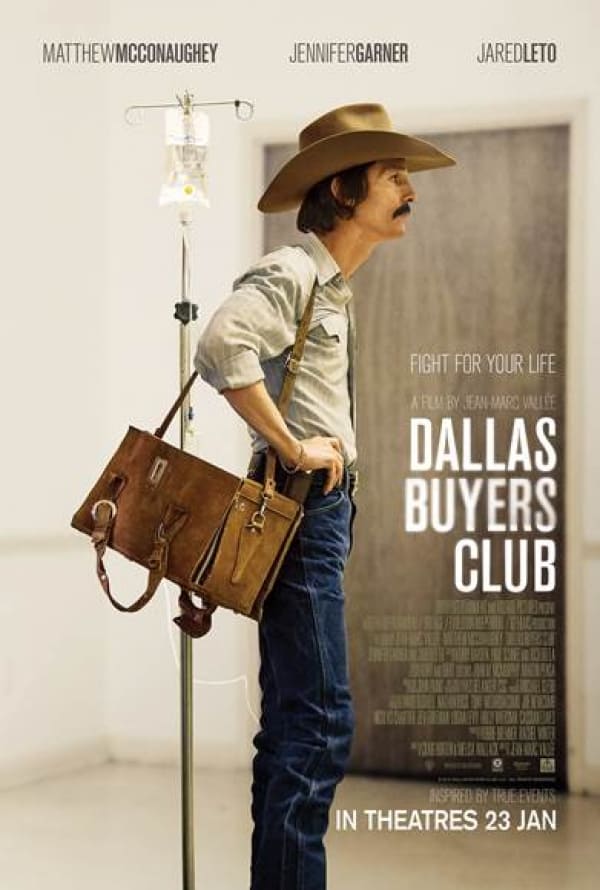 Ron Woodroof (McConaughey) is a fast-living, rough-talking rodeo cowboy and electrician – a man of bigoted, homophobic views, who`s living and dying in Dallas in 1985. He doesn`t realise how swiftly he`s dying, however, until a chance accident lands him in hospital, where he`s diagnosed with HIV and given thirty days to live. Desperate and determined not to give in to his diagnosis, Ron bribes a hospital worker to get him samples of experimental drug AZT, an anti-viral that can purportedly prolong the lives of AIDS victims. When he realises that AZT might be more harmful than helpful, he starts smuggling unapproved pharmaceutical drugs into the country – first for his own personal use, then for the fellow AIDS victims who join his Dallas Buyers Club.

Dallas Buyers Club certainly sounds like it might be an exercise in sentimental claptrap: a difficult man is softened by his illness and receives a second lease on life, during which he becomes a champion for the very individuals against whom he used to harbour irrational, discriminatory hate. It hardly seems original, and should be something you`ve seen a hundred times before.