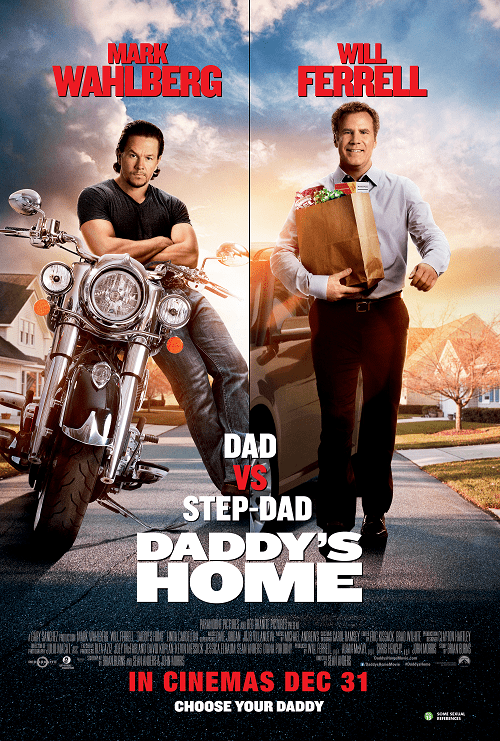 Will Ferrell and Mark Wahlberg throw down in a showdown of paternal proportions in this comedy. Ferrell plays radio station exec Brad Whitaker, new husband to Sara (Cardellini) and stepfather to her children, Megan (Estevez) and Dylan (Vaccaro). Brad is having trouble connecting with his stepchildren and just when he feels he’s making progress, a spanner is throw into the works when Dusty Mayron (Wahlberg) sidles up out of nowhere. Dusty is Sara’s ex-husband and the biological father of Megan and Dylan. Rugged, capable and charismatic, Dusty’s presence is immediately an immense threat to Brad. As Dusty upstages Brad in every aspect and attempts to win Sara back, the two dads engage in a fierce battle for fatherly supremacy, regardless of the collateral damage left in their wake. 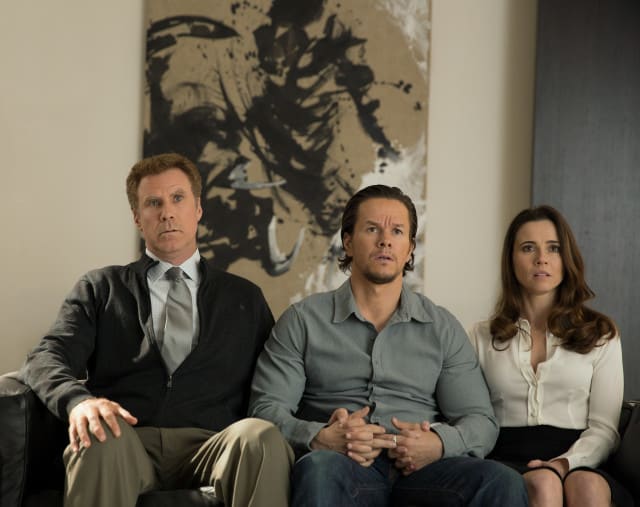 There’s something about Will Ferrell’s comic personality that makes him an ideal candidate for films focused on one-upmanship, as evidenced by Step Brothers, Blades of Glory and The Campaign. Here, Ferrell’s opponent is his co-star from The Other Guys, Mark Wahlberg. The buddy cop send-up showed that the duo have chemistry, but the results here are lacklustre. More often than not, Daddy’s Home opts for heavily gag-based humour rather than jokes that flow naturally out of character development. Most of the comedy is derived from Ferrell humiliating himself, whether it’s losing control of a souped-up motorcycle, being electrocuted by power lines or getting drunk at a basketball game, all designed primarily to be put in the trailer – which they are.

The film does have its moments, seeing as Ferrell is often innately funny independent of extenuating circumstances. The role of the pompous, passive-aggressive tough guy who’s both overtly manly and is a master manipulator does play more to Wahlberg’s strengths than any number of straight-ahead action hero roles he’s done. Unfortunately, most of the situations that arise are contrived and the conflicts are overblown. There are set-pieces that are so outlandish they are wont to pull the audience out of the film entirely. It also gets repetitive – Brad does something, Dusty proves he’s far better, then Brad makes a fool of himself trying to beat Dusty. Cardellini’s Sara is the stock level-headed woman who stands in the corner and shakes her head as the guys are busy falling on their faces. It’s also unfortunate that Daddy’s Home trucks out the “all women ever think about is having babies” trope. 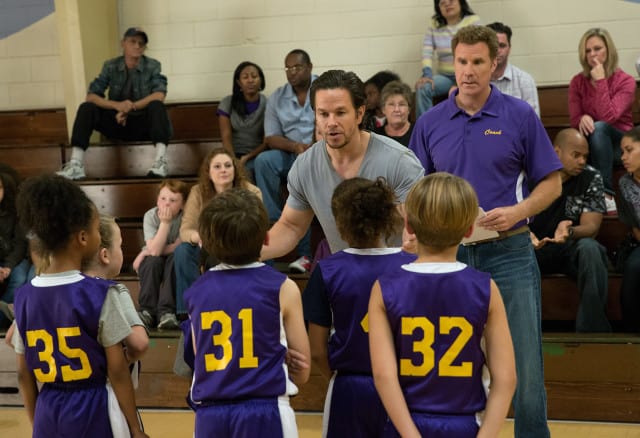 In order to get us more invested in this spectacularly childish “battle of the dads”, the kids could have done with a lot more characterisation. Both Estevez and Vaccaro give somewhat stilted performances, but the writing’s to blame as well – Dylan is picked on and is in need of a strong male role model while Megan is something of a sociopath. They never come across as actual kids. The opening credits unfold over a series of drawings Megan has made of their family, all of which depict unseemly calamities befalling her stepdad. That’s disturbing more than it is funny, and her behaviour doesn’t get explored.

Daddy’s Home also serves up silly side characters with Thomas Haden Church as Brad’s boss at a smooth jazz radio station and Hannibal Buress as a handyman who believes Brad harbours racist attitudes towards him. After a while, it’s pretty clear that this doesn’t take place in the real world, despite references to The Princess Bride and Frozen. There is some joy to be derived from seeing funny actors commit to over-the-top material and the climactic comic set piece at a school dance cleverly pays off an earlier joke. However, it’s often just too broad and there’s a scene where a fertility doctor played by Bobby Cannavale gives Brad a check-up, which is wholly cringe-worthy and juvenile. While not as egregious an offender as, say, most of Adam Sandler’s recent output, the film also lazily falls back on celebrity cameos for laughs. And yes, there are half-hearted stabs at pathos and everyone will have learnt a valuable lesson or two, so the various near-death experiences Brad endures aren’t in vain. 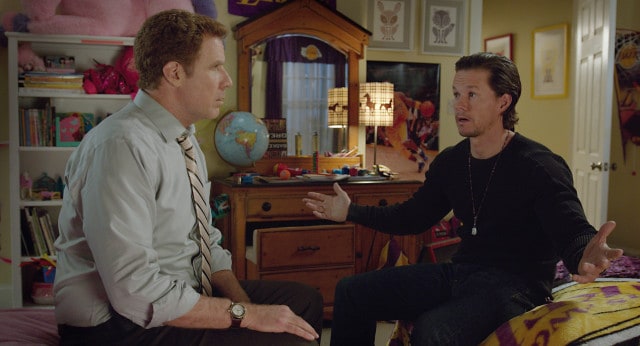 Summary: While Ferrell and Wahlberg are often funny, Daddy’s Home indulges in too much broad silliness and exaggerated sight gags for us to get invested in this duel of the dads.