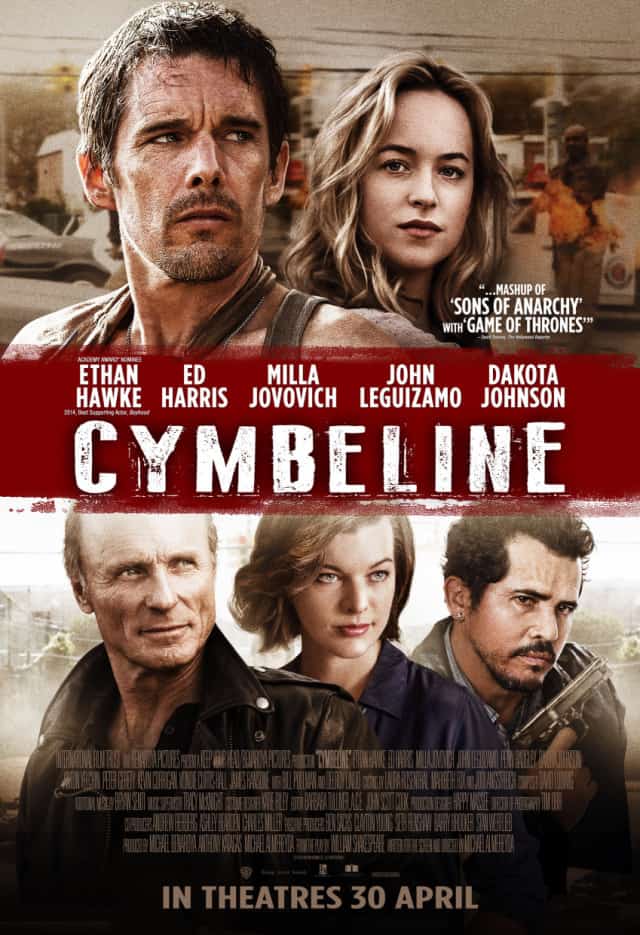 Shakespeare is the gift that keeps on giving, artists of all kinds continuing to find inspiration in the Bard’s work centuries after his death. The play Cymbeline provides the basis for this crime drama, which updates the setting of Ancient Britain to the present day. Instead of being the King of Britain, Cymbeline (Harris) is the leader of the Briton biker gang. His daughter Imogen (Johnson) is in love with the lowly Posthumus (Badgley), whom Cymbeline has taken on as a protégé, and has married him in secret. An enraged Cymbeline exiles Posthumus. Iachimo (Hawke) bets Posthumus that he can seduce Imogen and bring him proof. In the meantime, Cymbeline’s wife the Queen (Jovovich) hatches a plot to murder Cymbeline and have Cloten (Yelchin), her son from an earlier marriage, marry Imogen so he can usurp Cymbeline’s place as head of the gang. Also under threat is the fragile truce between Cymbeline and corrupt policeman Caius Lucius (Vondie Curtis-Hall), the King’s empire slipping through his fingers. 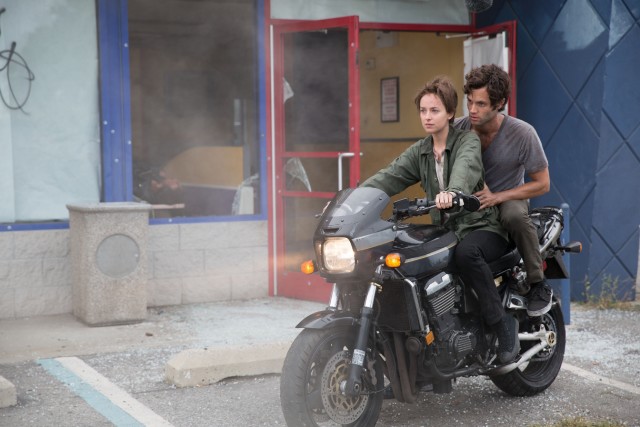 Cymbeline is adapted and directed by Michael Almereyda, known for his 2000 film adaptation of Hamlet. Almereyda’s Hamlet, which starred Ethan Hawke in the title role, was also a setting update – Hawke delivers the “To be or not to be” soliloquy while wandering the aisles of a video rental store. With Cymbeline, Almereyda was clearly inspired by Kurt Sutter’s TV series Sons of Anarchy, which revolves around a biker gang and takes inspiration from Hamlet. Cymbeline was even titled “Anarchy” at one point. Alas, it’s very clear that Almereyda is struggling to jam a square peg into a round hole, but not for lack of trying. The film strains to make its re-contextualisation a successful one, ultimately failing. Cymbeline is generally not regarded as one of Shakespeare’s greater plays and it has been noted that it recycles elements from the Bard’s earlier works, including Romeo and Juliet, Othello and Hamlet. Second-rate Shakespeare is still high art, and this adaptation retains most of the original dialogue. Hearing the signature iambic pentameter outside of its intended context can be jarring if handled clumsily, and this take on Cymbeline has butter fingers. The original text has been abridged but not streamlined, the dense, labyrinth plot still pretty confusing. While Ethan Hawke looks like he knows what he’s doing, Penn Badgley and Spencer Treat Clark often deliver their lines as if they were reading the ingredients off the back of a shampoo bottle. Anton Yelchin bites into the Cloten role with glee, but his whiny performance gets annoying pretty fast. Regardless of how good an actor one is, it’s impossible to make the line “On her left breast/A mole cinque-spotted, like the crimson drops/I’ th’ bottom of a cowslip” sound naturalistic in a contemporary context, and perhaps it was never meant to be that way. 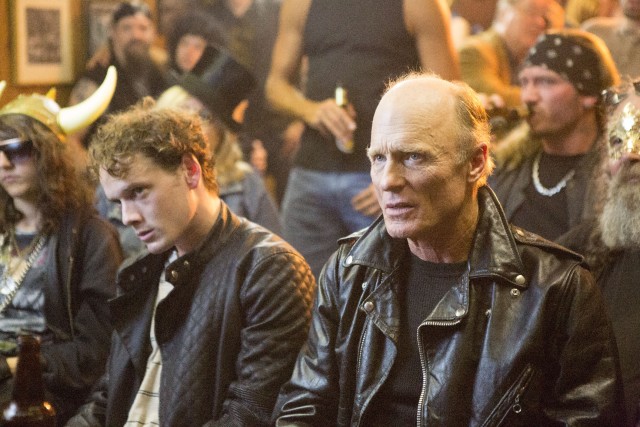 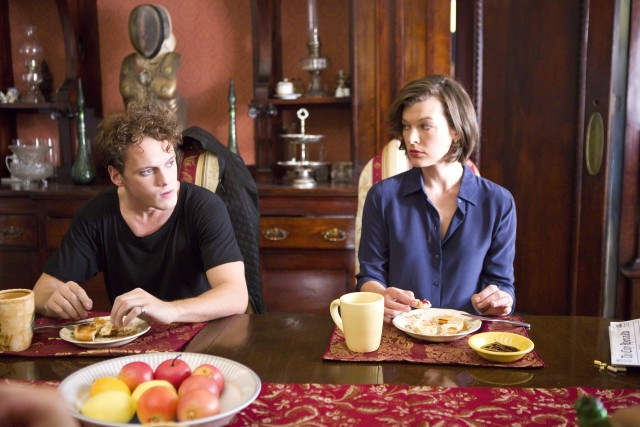 We know we sound like a broken record, going on about how awkward and stilted the film comes off in its presentation, but that’s because Cymbeline could have been saved. It could have worked as a dramatic romance set against a war between a biker gang and corrupt cops, had Almereyda not been so precious about retaining the original text. There’s an attempt at verisimilitude, with characters scrolling through photo galleries on their iPads and looking up locations on Google Maps, but it still rings false. Re-contextualisations can work, if they’re handled deftly enough or if they revel in the silliness of the premise and spin a colourful alternate world around the story. Cymbeline is neither and falls flat because of it. 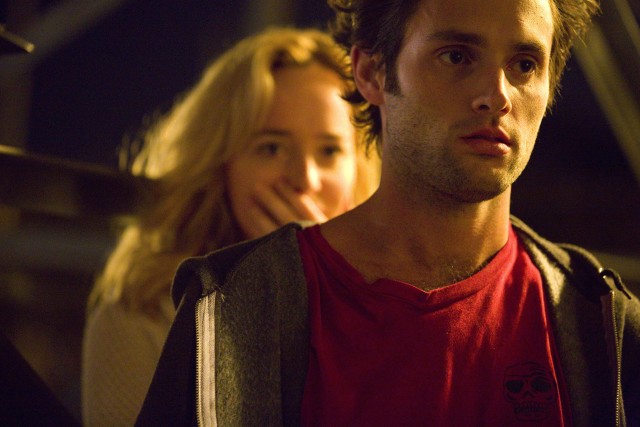 Summary: Some excellent actors and several mediocre ones are all left high and dry by this unwieldy adaptation that most audiences will find alienating and odd.