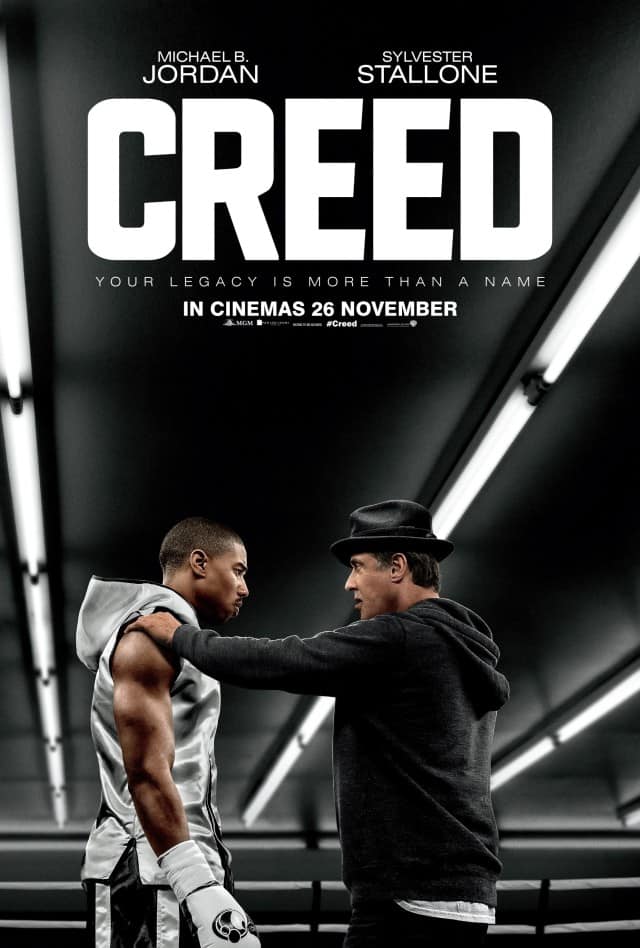 Michael B. Jordan was the teammate of a rock creature in Fantastic Four, and now he’s under the tutelage of the actual Rocky in this spin-off. Jordan plays Adonis Creed, the illegitimate son of the late legendary boxing champ Apollo Creed. After bouncing around juvenile detention halls and group homes as a kid, Adonis was taken in by Apollo’s widow Mary Anne (Rashād). Adonis dreams of being a professional fighter, but wants to make his own name and not get stuck in his father’s shadow. He moves out to Philadelphia to train under Rocky Balboa (Stallone), Apollo’s rival-turned-friend. Adonis strikes up a relationship with his neighbour, singer-songwriter Bianca (Thompson). Adonis agrees to take on British fighter “Pretty” Ricky Conlan (Bellew), the undefeated title holder. As the pressure mounts and doubts begin to cloud Adonis’ mind, Rocky’s health starts to fail. Adonis has to step into the ring, fighting in the name of his mother, his mentor, his girlfriend, his father and most importantly, himself. 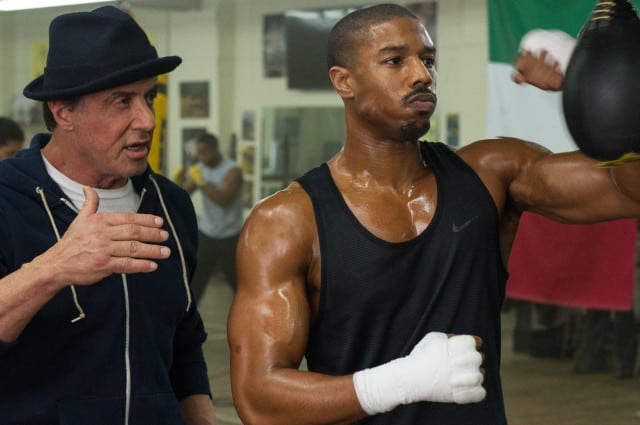 The theme of legacy is one that permeates Creed both in the plot of the film and behind the scenes. Creed is directed by Ryan Coogler, who co-wrote the screenplay with Aaron Covington. Coogler conceived the idea for the spinoff when he was in film school and pitched it to Stallone, who, understandably protective of Rocky, was initially hesitant to sign off on the movie. Coogler’s father suffered a neuromuscular disorder, and dealing with his father’s mortality sowed the seeds of Creed. After Coogler’s feature film debut Fruitvale Station became a film festival darling, Stallone reconsidered and lent the film his support. Spin-offs to successful franchises can often feel like cynical cash grabs, so just as Adonis has to prove he can stand on his own, Coogler has to prove that there is a point to continuing the Rocky series, which most assumed had come to its natural conclusion with 2006’s Rocky Balboa. 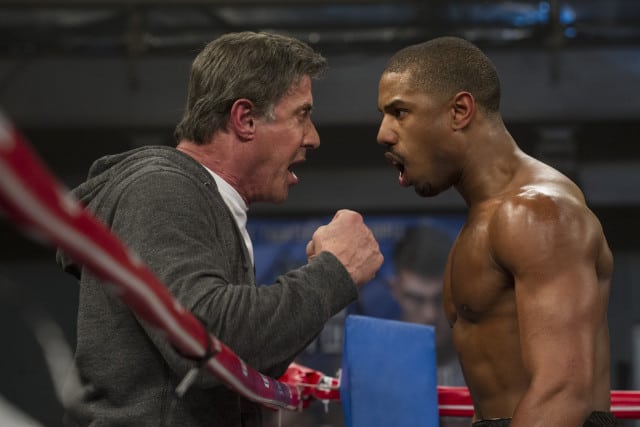 The first Rocky film is a modern classic, possibly the purest example of contemporary American myth. It’s an honest, straightforward film about a hardworking blue-collar hero with a dream. While some of the later films traded heavily in kitsch, the series as a whole is still a beloved pop culture staple. A strong affection for the movies is palpable in Creed, but Coogler is mostly able to steer things away from feeling slavish to what has gone before. This is very much in the Rocky spirit and it’s not a desecration of any childhood memories, far from it. At the same time, Creed sticks closely to the established sports drama formula, offering practically zero surprises. For the most part, Coogler is able to turn this into a strength and it reads as honouring the legacy instead of lazy storytelling, but the predictable nature of the plot and the characters might make one question if this was an absolutely necessary endeavour. 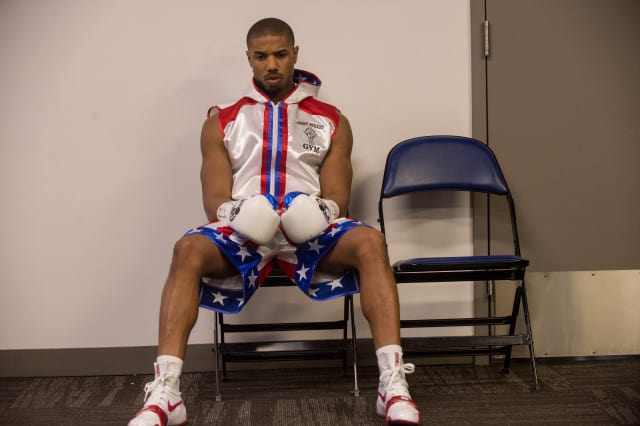 Jordan has proven that he’s got what it takes to be an A-list leading man, displaying astonishing athletic prowess and unwavering intensity. The character has to be cocky without being obnoxious; Jordan crosses the line on several occasions but he remains generally easy to root for. In sports, entertainment and other arenas, we’ve seen many children of well-known personalities attempting to strike out on their own to varying degrees of success. There’s always a huge amount of baggage when trying to outrun the looming shadow of a figure such as Apollo Creed, which is something Jordan sells. 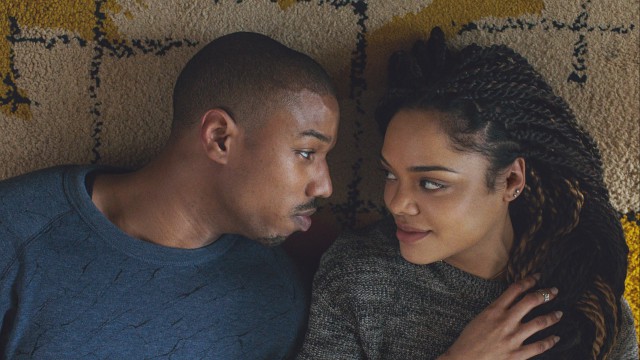 As is typical of the genre, Thompson’s Bianca is little more than the designated love interest. There’s the meet cute, they bond over Philly cheesesteaks, a minor misunderstanding or two, a falling out, the whole works. The romantic subplot is the most formulaic element in a movie that is almost entirely formula. Real-life cruiserweight boxer Bellew is an adequately unpleasant bully, albeit far less colourful and memorable than the best opponents in the series. 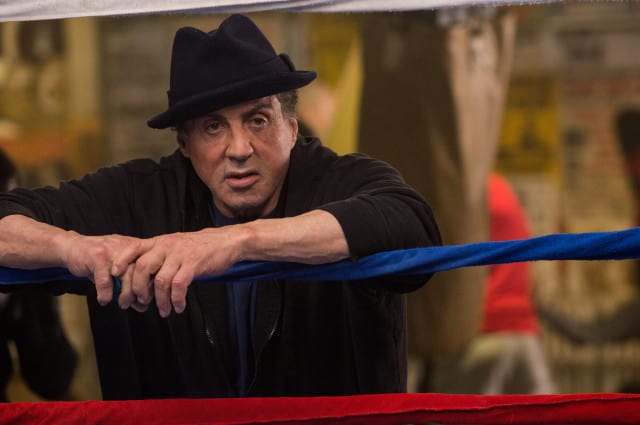 Stallone is now the same age that Burgess Meredith, who played Rocky’s corner man Mickey, was when the first Rocky film was released. It makes sense to have Rocky assume the position of a mentor. Of course, there’s the dance of “I just don’t do that stuff no more” before Rocky relents and takes Adonis under his wing, which perhaps mirrors the process behind the scenes between Coogler and Stallone. While it is cool to see Stallone kicking ass and taking names in the Expendables films and late-period efforts like Bullet to the Head, it is just as satisfying seeing him act more his age and taking on a more emotional, less physical role. The scene where Rocky chokes up when talking about his late wife Adrian is pretty moving. This is a different ball game from Bruce Willis sleepwalking through the umpteenth Die Hard, in that Stallone does look like he’s in this for a purpose. 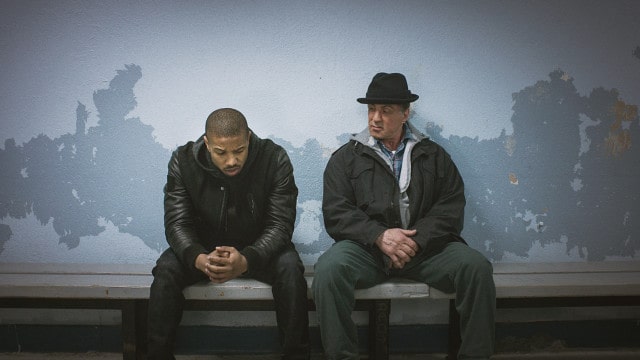 Filmgoers have become wary of belated sequels/spinoffs to beloved properties after having been burned by everything from Indiana Jones and the Kingdom of the Crystal Skull to the recent Terminator Genisys. Even Schwarzenegger’s involvement couldn’t save that last one. Director Coogler comes at Creed from the right angle, spinning a viable if very familiar story with which to bring Rocky back, this time as a supporting character. True, it’s still something of a hard sell, but Creed packs in impactful emotional beats and rousing, inspirational moments and has enough of a driving force behind it. 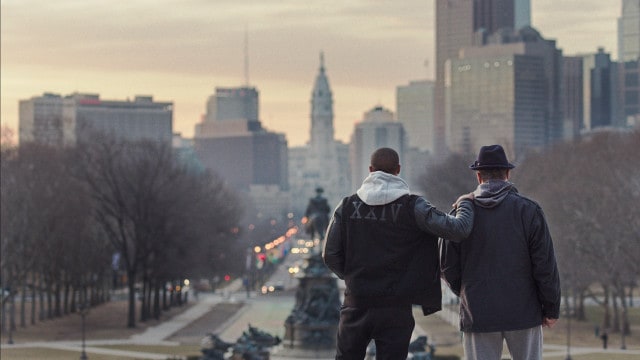 Summary: Rocky fans won’t be disappointed with how director Ryan Coogler has figured out a way to bring the character back. Creed isn’t particularly ground-breaking, but is earnest and well-made enough to be worthy of ascending those famous steps.