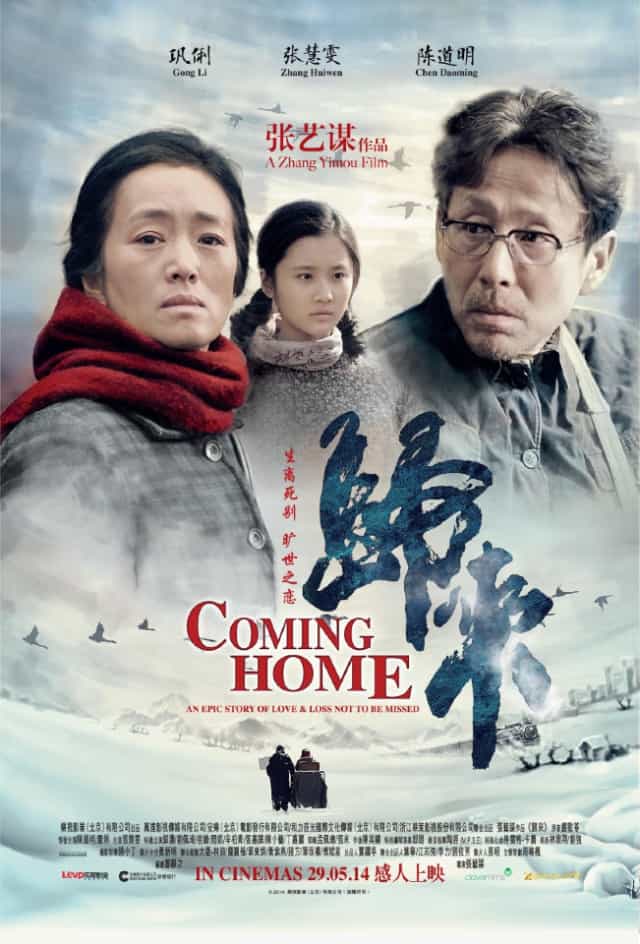 In more ways than the literal, Coming Home represents a homecoming of sorts for acclaimed director Zhang Yimou and Gong Li, one of his most constant and effective muses. In recent years, he has dabbled with martial arts epics and she has gone to Hollywood and back. Coming Home – on the surface a small, intimate drama, but really a film with loftier ambitions – feels more like the spiritual cousin of the work that first brought them to the attention of cineastes all over the world. 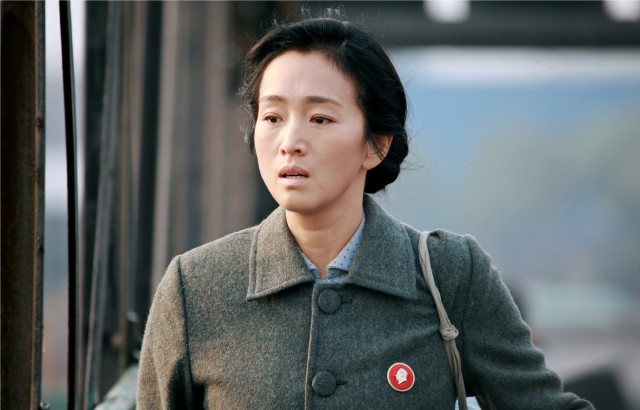 Gong Li plays Wanyu, the devoted wife of Yanshi (Chen Daoming), an intellectual sent to prison during China’s Cultural Revolution. Their daughter Dandan (Zhang Huiwen) grows up resentful of a man whose effective outlaw status has adversely affected their standing in the schoolroom and in society. When his long imprisonment finally ends, Yanshi returns to his family – only to find that Wanyu no longer recognises him.

There’s a lot to appreciate in Zhang’s bittersweet (emphasis: bitter) film. The tragedy of this love story plays out in beautifully devastating images: Wanyu waiting with a painstakingly hand-made sign at the train station for a man she won’t recognise anyway; Yanshi sitting with a chestful of letters, each filled with cramped, light-starved words pledging love for a family he might never see again. There’s an unmistakable undercurrent of political darkness here, too: the Cultural Revolution has, quite literally, robbed Yanshi of his identity, and returned him to his wife a stranger.

The trouble with Coming Home is that, even with all of its politics and metaphors, the film is really little more than an extremely well-played melodrama. Wanyu’s ailment is the kind that looms large in soap operas and, while it’s handled by Zhang with considerable class and dignity, it still feels faintly heavy-handed and – at times – a bit ridiculous.

Much of this melodramatic tedium is alleviated by Zhang’s superlative cast. Gong, stripped of make-up and bravely showing her age, slips into Wanyu’s broken soul with plenty of grace – which helps keep her predicament more interesting than it really is. Chen plays the stoic Yanshi with great sensitivity, no easy feat when the character is forced to confront his heartbreak at the beloved wife he has lost every single day. Newcomer Zhang Huiwen fares well, too, in the tricky role of the flighty, difficult daughter whose teenage tantrums have sadly woven their way into the faultlines threaded through this family.

With Coming Home, Zhang has crafted something very odd: a soap opera that aspires to say something a little more. It’s why the film can feel so powerful and so frustrating, often at the same time. When placed in the larger context of an oppressive China, the film and its sad, broken romantic centrepiece make a lot more sense. On its own terms, however, the love story at the heart of Coming Home is only barely-disguised melodrama – and thus, more likely to frustrate than engage.

Summary: More effective as a metaphor than as a melodrama.