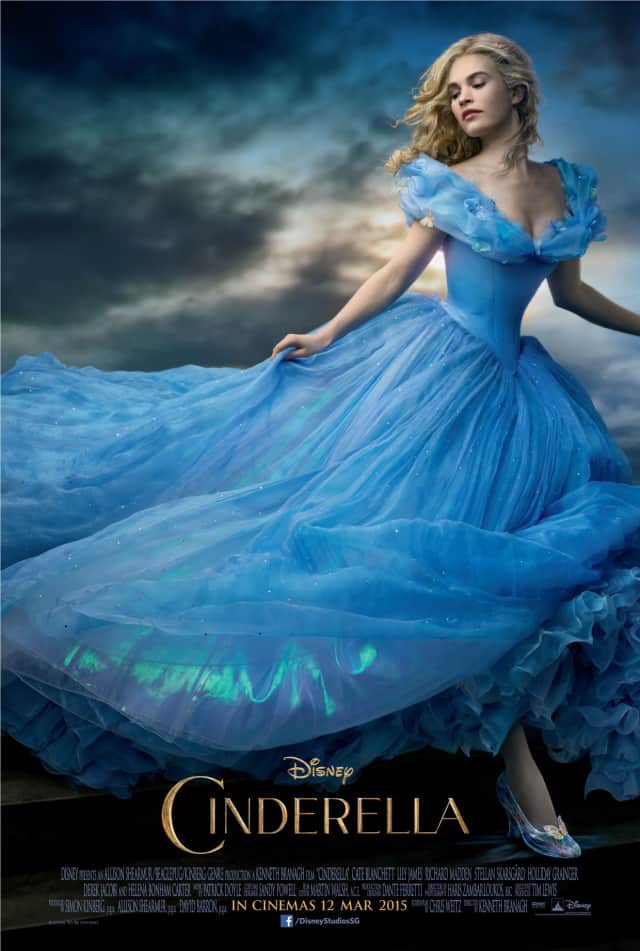 Everyone knows the rags-to-riches story of Cinderella – and that’s the biggest problem with Kenneth Branagh’s smart, colourful but ultimately overly safe adaptation of the fairy tale. With great skill, Branagh and screenwriter Chris Weitz mix and match elements of the original story, which has subsisted in some form or fashion since the 1630s, with the enchanting magic dreamt up by Disney for its 1950 animated classic. Along the way, key characters are given more depth, and outmoded politics and courting rituals receive a nice shiny polish far more suitable for modern times. But, in the end, there’s still too little grit and grime to Branagh’s film. It sparkles, but in a familiar fashion – it entertains, but in a mostly predictable way. 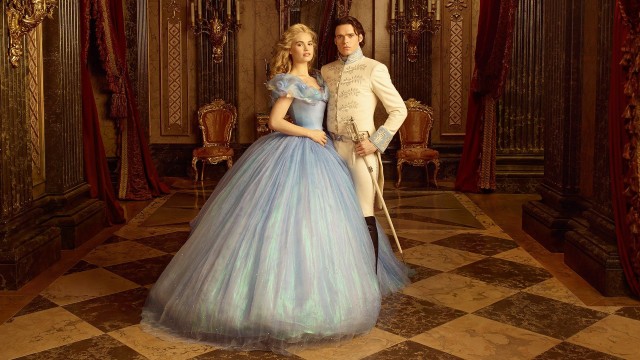 Young Ella (James) lives the blessed life of a daughter thoroughly adored by her parents. But tragedy soon strikes – Ella’s sweet, kind mother (Hayley Atwell) dies, leaving her father (Ben Chaplin) all alone in the world. Taking another chance at happiness, he marries the widowed Lady Tremaine (Blanchett), inheriting that fearsome lady’s taste for the high life and her two quarrelsome daughters, Anastasia (Holliday Grainger) and Drizella (Sophie McShera). When he, too, dies unexpectedly, Lady Tremaine forces Ella into the role of servant girl. It’s a part she will seemingly have to play for the rest of her life – until the Prince (Madden) throws a royal ball in order to find himself a bride. 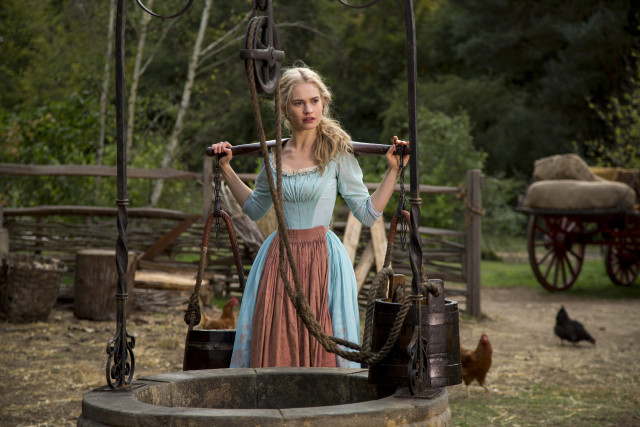 The film doesn’t open on a very promising note. It’s almost overbearingly soppy at the beginning, as sun-kissed Ella dances in the beautifully-manicured garden with her doting daddy and her mother sings her to sleep with the lilting lullaby, Lavender’s Blue. It’s hard to warm up to a little girl who’s so very good when she’s also so very blessed. Small wonder, then, that the entrance of Lady Tremaine and her loud, fashion-challenged daughters comes as a relief. Even the arrival of the Prince – who is the very definition of colourless in the animated film – is welcome. 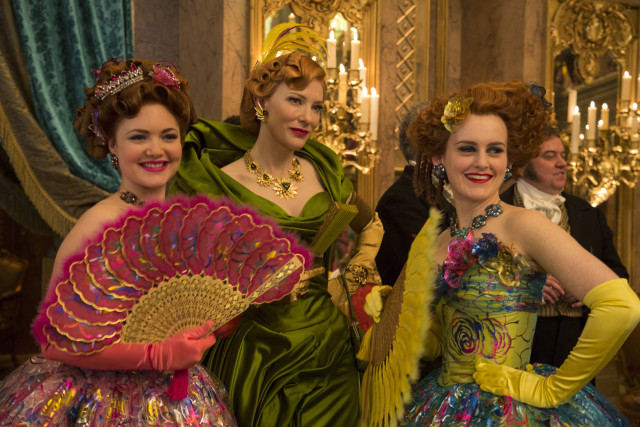 This is where Branagh’s film excels. It’s easy to forgive its almost slavish adherence to the well-known beats of the narrative when it takes its time in breathing life and colour into otherwise paper-thin characters. Ella herself is bequeathed a mantra – “Have courage and be kind” – that helps explain much of her frequently martyristic behaviour, including why she stays in a house that most people would no longer consider her home. 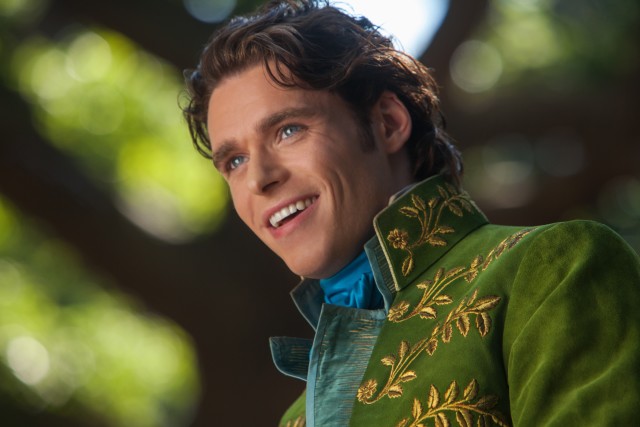 The Prince, too, is brought charmingly down to earth. He’s as blinded by starry-eyed love as he is in any other version of this story, but his determination to find and be with the girl of his dreams feels more personal and hard-won. The pressures of royal duty and obligation are neatly folded into his relationship with his father (Derek Jacobi), the weary, ailing King who has long ago traded love away for politics. Perhaps most importantly of all, this Prince is not presented as some nitwit who can’t recognise the girl he dances with at the ball until he places a glass slipper on her foot.

Most intriguingly of all, Cinderella actually makes a decent attempt at humanising its chief antagonist. The character of Lady Tremaine is typically played as a cackling, uncaring shrew – the prototypical wicked stepmother. In Blanchett’s remarkably capable hands, this incarnation of Lady Tremaine hides a wealth of anger, hurt and jealousy inside her cruelty. She may not be sympathetic, per se, but it’s possible to understand why she behaves in the way she does. There is a heart to break after all, somewhere inside this fierce, scheming woman whose eyes still fill with tears when she realises that her new husband doesn’t care for her as much as she would like him to. 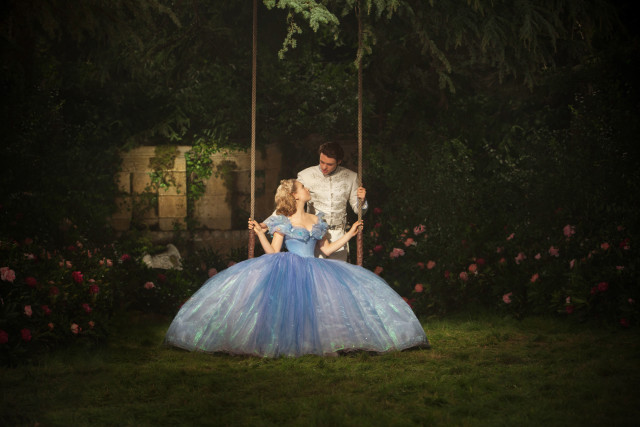 The same amount of thought is lavished upon the relationship between Ella and the Prince, such that it unfolds less as a fait accompli and more as a credible love story. They may fall in love almost instantaneously, but it’s not because of the love-at-first-sight pablum that tends to plague such fairy tales. Instead, they can clearly see the kindness and goodness in each other’s hearts. It’s a mutual connection that feels wonderfully real, whether they’re taking their first dance at the ball, or strolling together in the light of the silvery moon. 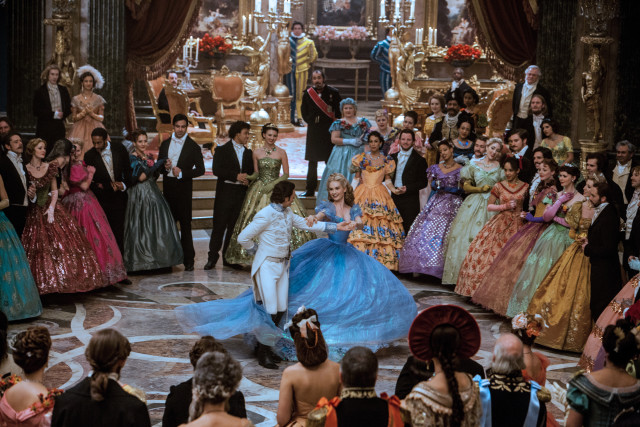 James and Madden slip quite well into their roles, which are deepened but remain cut from the same stereotypical cloth of many age-old fairy tales. James, in particular, has a tough time keeping Ella charming, as the character frequently strays into the realm of manic optimism – she’s so full of faith in humanity that it’s hard to believe she’s real. But James pulls it off, most of the time. Madden is appealing in a subtle way, infusing his Prince with quite enough intelligence and honour to make him really come alive. Onscreen, they share a chemistry that’s sweet and ardent, if not particularly electric – you can see why Branagh has since cast them as the leads in his upcoming London production of Romeo & Juliet. 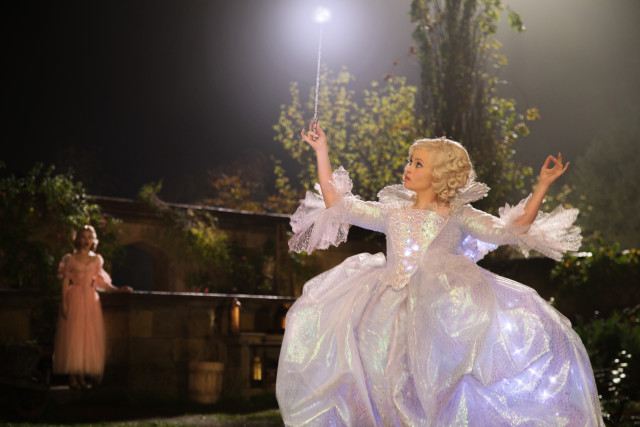 It’s a shame that Branagh doesn’t expend as much effort in telling his story as exploring his characters. Character work aside, Cinderella pretty much goes through the motions of telling its tale. It’s all predictable stuff, lifted right out of the animated film and liberally sprinkled with extra sequins and gold dust. There are literal bursts of colour and magic, courtesy of Helena Bonham Carter’s loopy Fairy Godmother. Ella chatters cheerfully with the mice who share her lonely attic. The CGI is beautiful but heavy-handed, chiefly when Ella’s dress swirls around her or her glass slippers sparkle. There’s no underlying twist of irony here, not even a hint at the darker aspects of the original fairy tale. (Ella’s stepsisters can be thankful that they retain their heels, toes and eyes.) 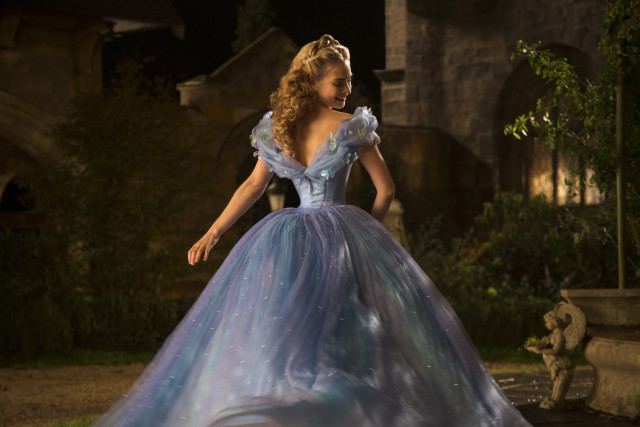 Anyone new to the story of Cinderella will find Branagh’s film entertaining, sweet and even enlightening in parts. It tells this age-old story faithfully and harmlessly, while applying a welcome bit of modern polish to its quainter ideas. But this charming incarnation of Cinderella is good, not great: it sticks too closely to safe ground, and thus remakes rather than re-invents the wheel.

Summary: Charming, with excellent character work, though it’s rather too safe for its own good.