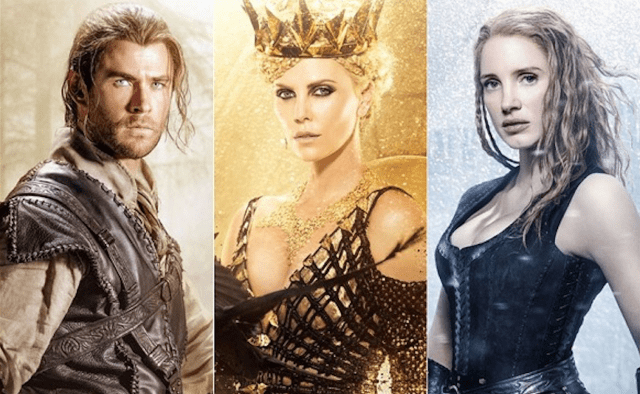 With 45 days and counting until The Huntsman: Winter’s War begins its worldwide release starting 6 April 2016, Universal Pictures announced today that it will host a Red Carpet and Fan Premiere at Universal Studios Singapore in Resorts World Sentosa on Sunday, 3 April 2016.

The all-star cast, featuring Chris Hemsworth, Oscar® winner Charlize Theron and Jessica Chastain, will grace the red carpet and attend a fan premiere in Singapore. The star-studded event will also see Pantages Hollywood Theater at Universal Studios Singapore transformed into an ice palace, replicating the icy empire scene of the movie.  Fans will be treated to front row seats as their favourite movie stars walk down the red carpet inside the theme park and pose for a few photo moments.

“We are honoured to partner with Universal Pictures to host the Asia Red Carpet and Fan Premiere for The Huntsman: Winter’s War at Universal Studios Singapore.  This is the first time we are hosting a blockbuster premiere, and we are very excited to go beyond the screen to let our guests experience the excitement of Hollywood.  We look forward to bringing more iconic events to Universal Studios Singapore, and take fun and entertainment to the next level of excitement for all of our guests,” said Jason Horkin, Senior Vice President for Attractions, Resorts World Sentosa.

Discover the story that came before Snow White in The Huntsman: Winter’s War.  Chris Hemsworth and Oscar® winner Charlize Theron return to their roles from Snow White and the Huntsman, joined by Emily Blunt and Jessica Chastain.

Theron stars as evil Queen Ravenna, who betrays her good sister Freya (Blunt) with an unforgivable act, freezing Freya’s heart to love and unleashing in her an icy power she never knew she possessed.  Retreating to a kingdom far to the north, Freya raises an army of Huntsmen as her protectors, with the only rule that no two of them should ever fall in love.

As a war for domination escalates between the two queens, the hero standing between them is Freya’s most elite Huntsman, Eric (Hemsworth).  Alongside fellow warrior Sara (Chastain)—the only woman who has ever captured his heart—Eric must help Freya vanquish her sister… or Ravenna’s wickedness will rule for eternity.

Producer Joe Roth (Maleficent, Alice in Wonderland) once again leads the team in this breathtaking prequel in the legendary saga that is directed by Cedric Nicolas-Troyan.  This spring, find out who will win the war between good and evil in the epic action-adventure The Huntsman: Winter’s War.  www.thehuntsmanmovie.com

THE HUNTSMAN: WINTER’S WAR will be released in Singapore on 14 April 2016.